Last time we Checked In with young German pro, Dirk Finders, he had just found himself a professional squad for 2007 after a tough 06 campaign – we catch up with Dirk in Italia where he laid the foundation in training for what will hopefully be a banner year for the young rider.

With the beginning of the New Year, I gradually increased my training duration to about 20 hours per week. Included in that was a lot of time on the mountain bike. A few days before the beginning of the training camp in Italy, I did a few days of easy rides to hopefully put some gas in the tank for 8 hard days in Italy.

After a stressful drive from Germany to Italy, caused mainly by huge traffic jams from Southern Germany until almost Milano (there was a lot of snow and ice), we finally reached Laigueglia after 1100 km and with it temperatures of 9C. Even up to Genua there was steady snow and pushed the temperatures below freezing. 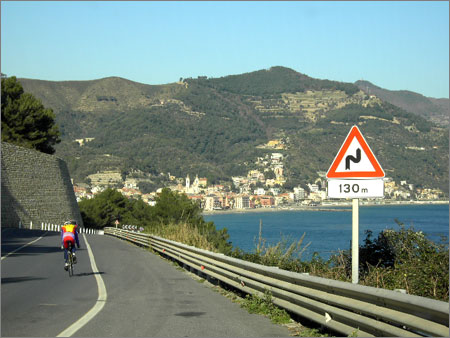 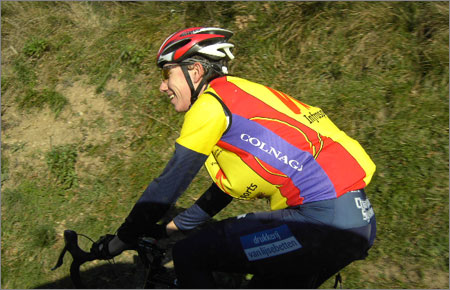 In the middle of my training camp, I tested my form for the first time this year. I did my test on a 5.5 km, very steep climb wich ramps in some spots to 25%, and averagesabout 10%. I rode the climb in 14:45, which is considerably faster than my time from two years ago. On the last day of the camp I did a four hour training session with my Italian friend, Matteo Zanoni, who has always been a tough foe for me in many races, as well as a number of other riders. 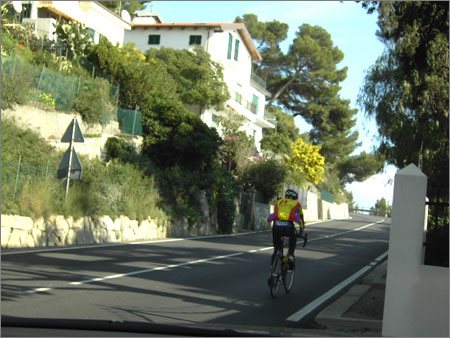 Even Milram pro (and former 2nd Place at Milano-Sanremo) Mirko Celestino joined us for a little bit before turning up into the mountains. At the end of the ride, I packed in a couple more 10k climbs, because around midday the traffic is just too crazy along the coast – the Italians in this area take no concern for riders and overtake cyclists with nary a blink of an eye only inches from you. I had an unpleasant experience with a crazy driver in March of 2006 – I was hit on the coastal road and took a fall. 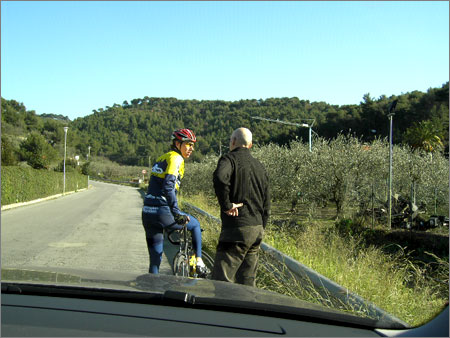 Overall, my time in Italy was perfect with usually two training sessions per day on the bike. Most days I took care of about 5-6 hours of good training. There was also the good life though (of course in Italia: La Dolce Vita) – a glass of wine for dinner and at the minimum a cappuccino in the late afternoon took care of keeping things easy for me during the camp in Laigueglia. 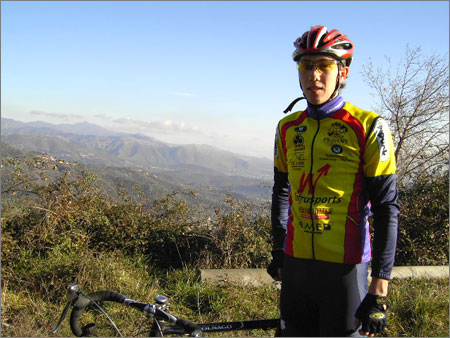 Fortunately, my hotel had a lot of experience with bike professionals. They knew that cyclists always need a lot of food. The lady chef at the hotel always cooked me two portions of food at every meal. Because of that, I didn’t lose any weight during the camp and left weighing the same as I came: 72kg. That will soon be important for me, because on the 16th of February I’ll be flying with my team to Lloret de Mar, Spain for an eight day training camp for more training and to race a few times. 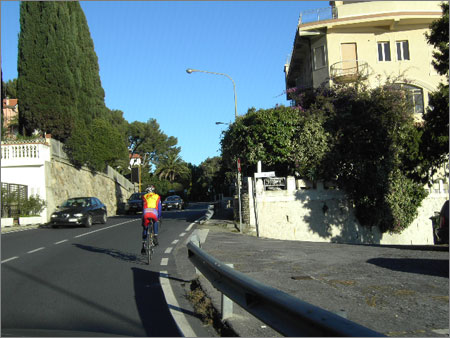 Back in Germany, I’m doing some easy time on the bike with a max of four hours. Here in Aachen the weather has gone sour, with temperatures hitting 3C for the high and sometimes combined with really moist air – which brings with it the danger of getting sick if one goes too hard in training. 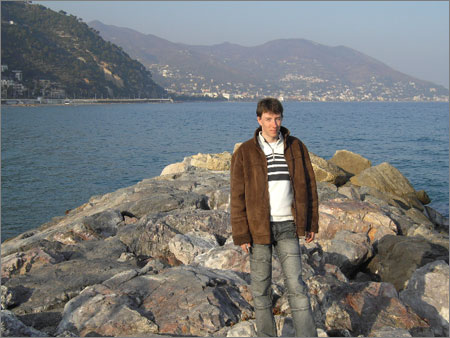 Our team will be presented to the press and public in a few days, and until that time the team’s website will be offline. At the team presentation all of the riders, as well as the manager and aides and equipment will be presented. Unfortunately, it won’t be till the presentation that I get my gear for the new year. I’ll be able to show that in my next report. 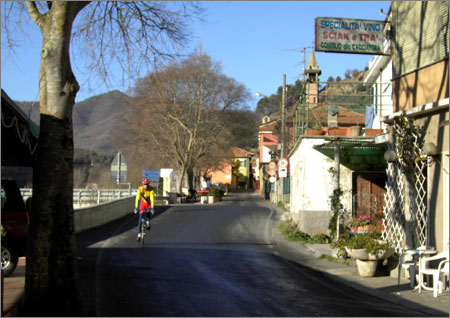