Rider Interview: The hill climb season is a short one, but very popular with the clubmen for a day out and a bit of excitement. Ed Hood took in the Scottish championships and caught up with the British champion, Dan Evans, after he recaptured the title in Northumberland in the North East of England at the weekend. 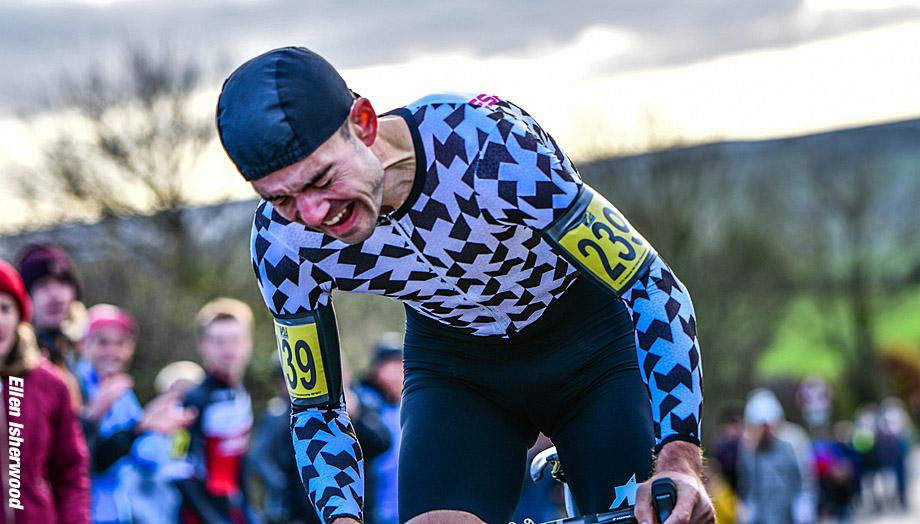 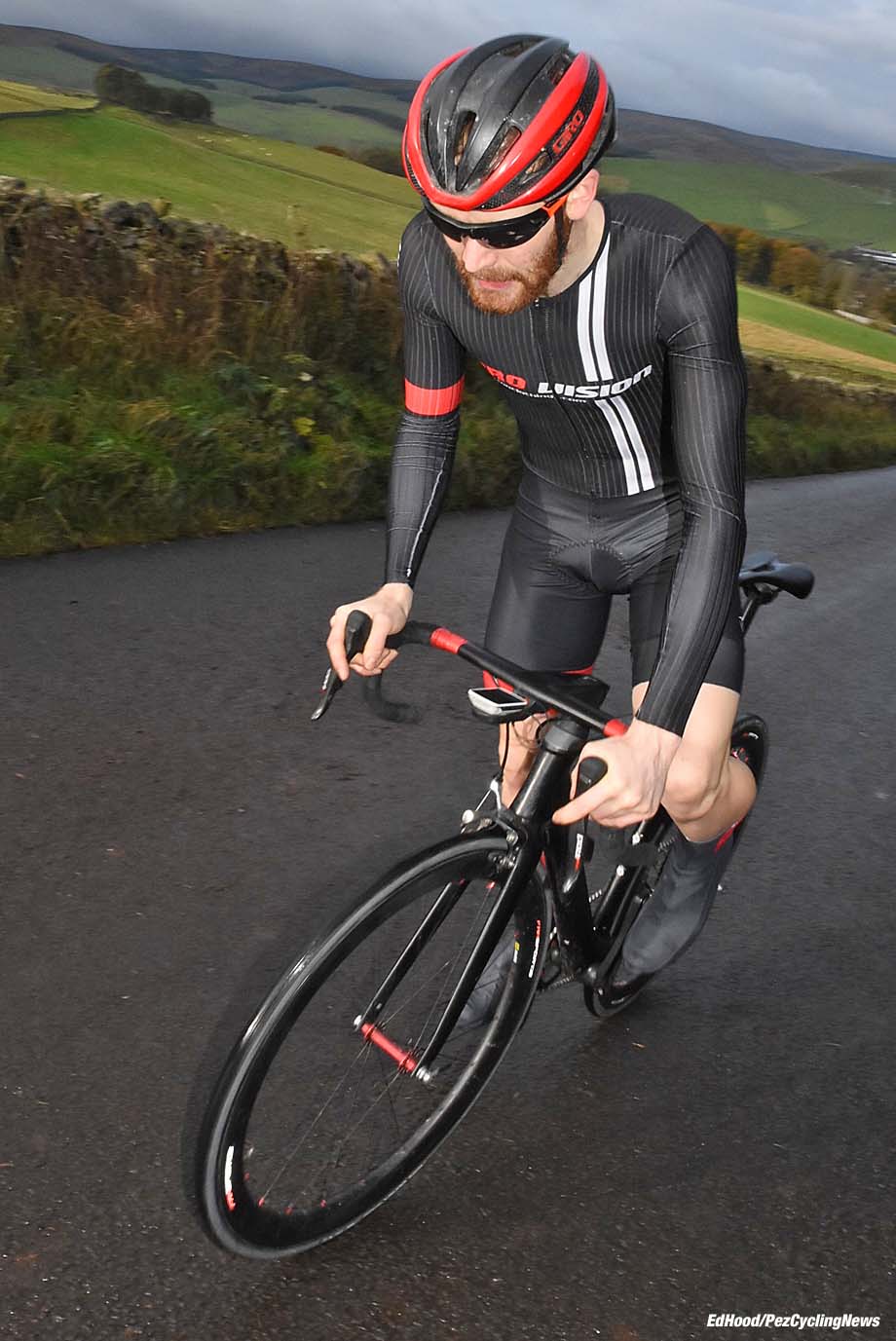 Hill climb championships aren’t unique to the United Kingdom, you’ll find the Austrian and Polish hill climb championships if you search the palmarés sites. But what is unique to the UK is the end of year, ‘mini-season’ of hill climbs which lasts some six weeks and sees skinny men hurling themselves up horribly steep and/or long hills from one end of the country to the other – always against the watch and often on fixed wheel. 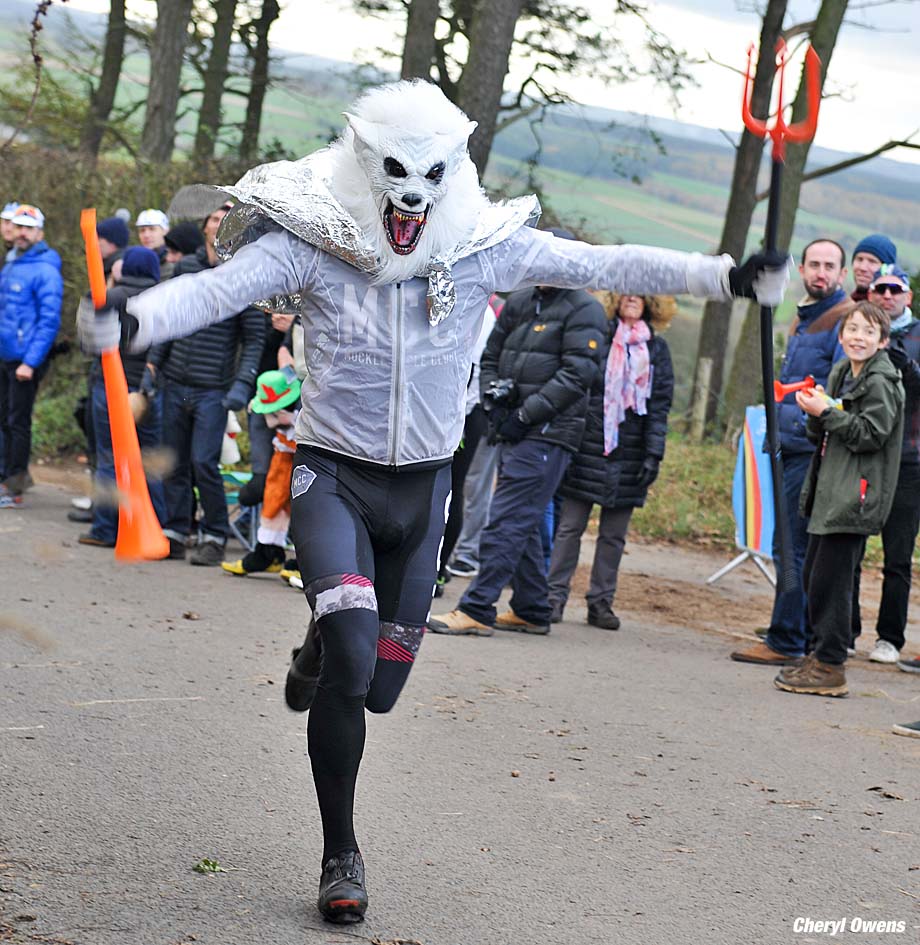 The fans at a hill climb can be different

In recent years this niche sport has enjoyed a big resurgence with huge crowds lining the championship routes and getting in to full continental ‘crazy’ mode – there was even a ‘wolf man’ this year. PEZ caught up with the 2017 champion, 36 year-old Dan Evans (Assos-Equipe UK) soon after his ride. Evans also won the title back in 2014; this year’s crime scene was the 1572 meter, 7.5% average ramp at Hedley-on-the-Hill in Northumberland which he romped up in 3 minutes 54.3 seconds. 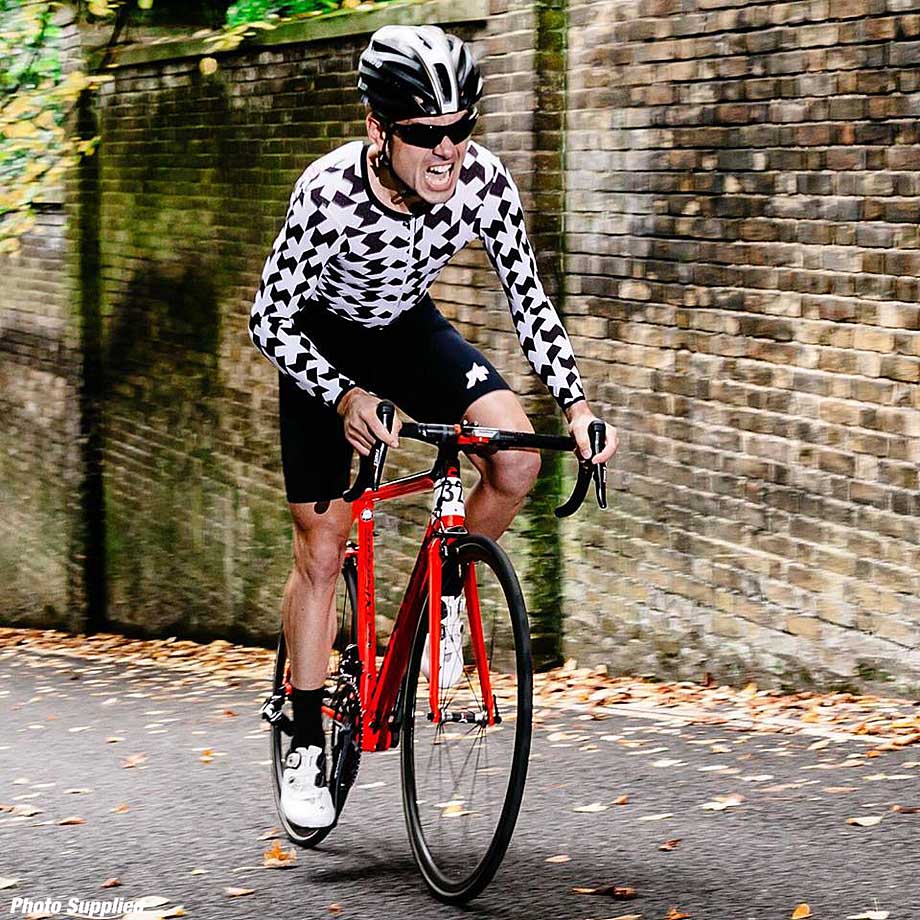 PEZ: Congratulations, Dan – you said you appreciate this title win more than the first one?
Dan Evans: My first National win in 2014 was a bit of a whirlwind I guess. I didn’t expect to win it and it never really sunk in what I’d achieved until I failed to defend the title in 2015. 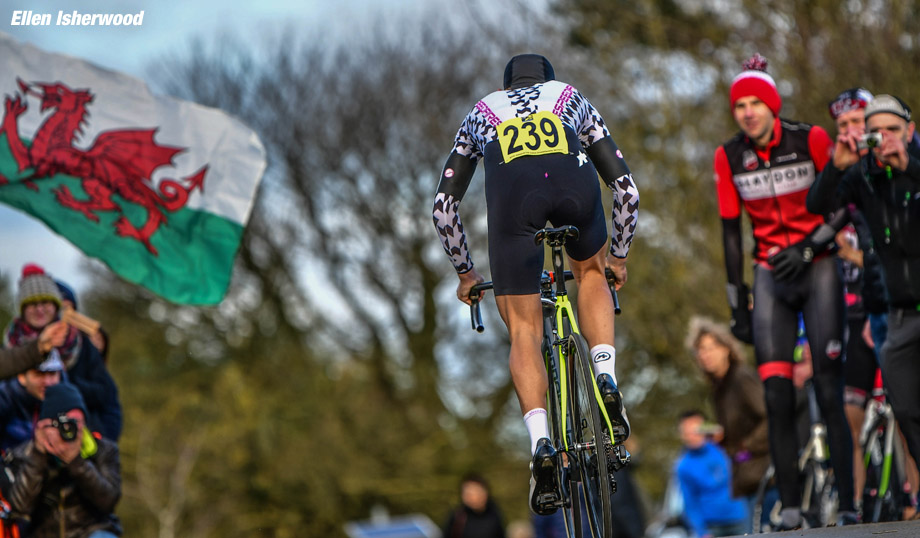 The fans were out for the champs

PEZ: What was your race plan – did you stick to it?
My race plan was to stay out of the way, avoid the hill all day until it was my time to ride. I find that this keeps me calm and stops me wasting energy. Other than that it was to treat it the same as any other hill climb really, use my head as far as pacing goes and rely on the crowd a little bit to get me through the second half of the course. 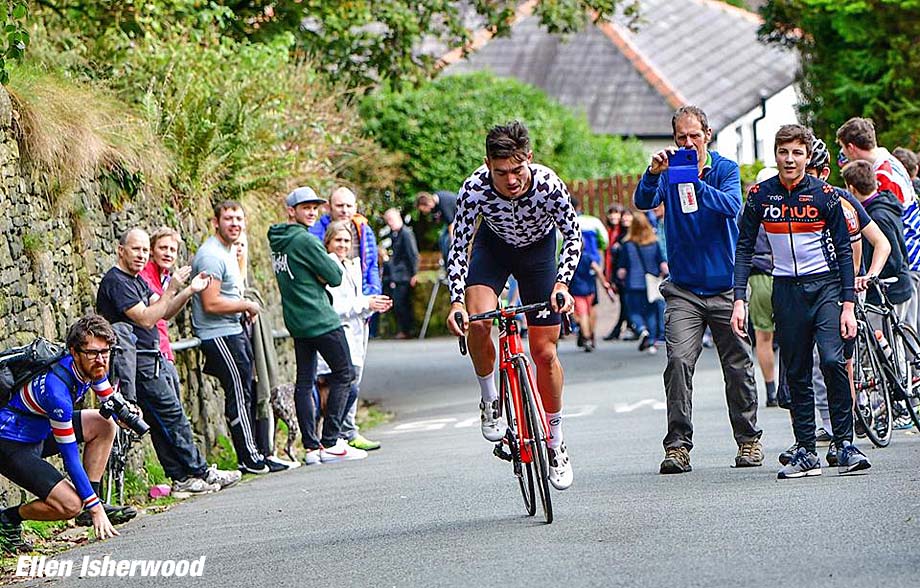 PEZ: How many times did you try the hill out before the day?
My wife, Jess and I went for a course recce with Ben Lane the event organizer back in August. Ben gave me some useful insights into the climb and I probably rode it seven or eight times prior to racing. One attempt was a full race effort that day in August where I covered the course in 4:09 to match the previous course record.

PEZ: Are we allowed to ask about watts?
I did 506 watts for 3:54. At my current weight of 64kg that put me at 7.9w/kg for the event. I’m really happy with that, pretty much World Tour numbers. 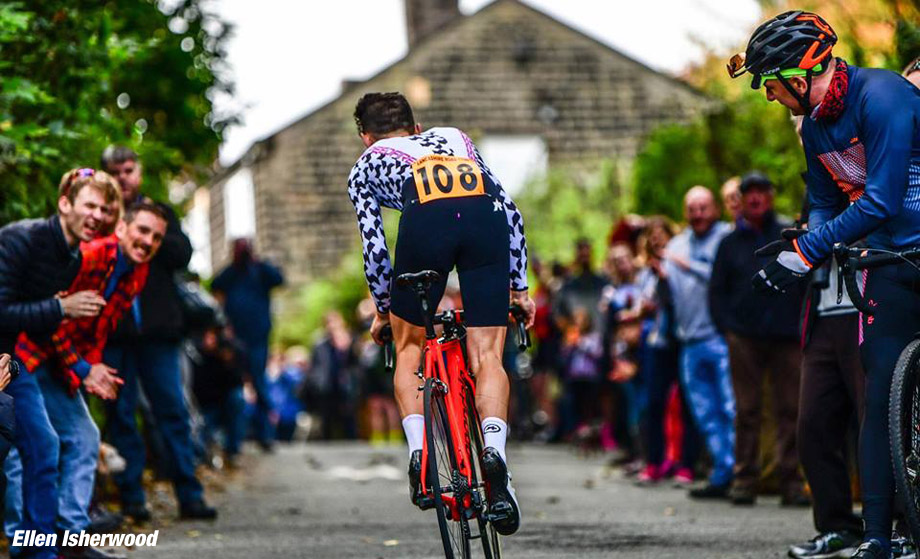 PEZ: The crowd was huge – any ‘moments?’
No “moments” as such with the crowd. They were LOUD though, what an awesome bunch of cycling fans in the North East! The volume was immense, much, much louder than Bank Road in the 2016 champs.

PEZ: How do you make sure you don’t pull a foot?
I’ve never had this happen in a hill climb or TT. I guess I just try and ride smooth and stay controlled. Any yanking on the pedals is wasted energy. 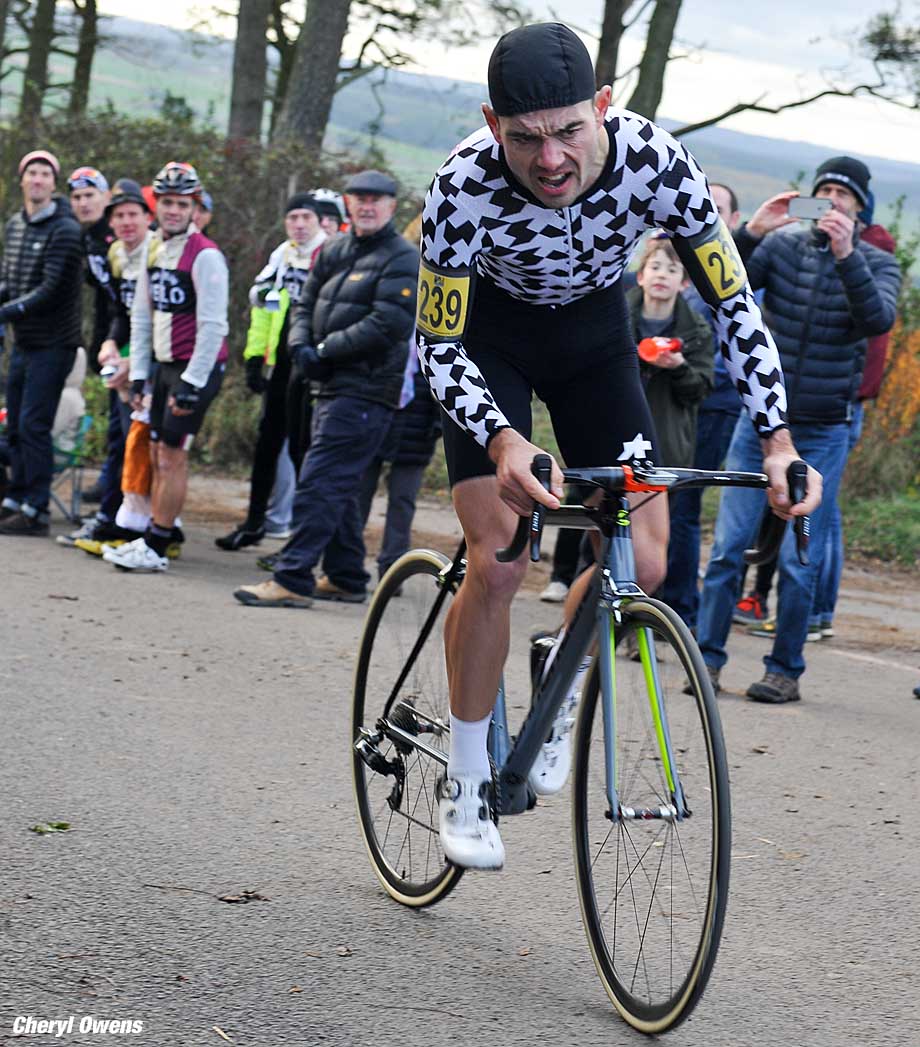 PEZ: Tell us about the bike please – transmission, wheels, rubber?
Bike is a 2018 Cannondale Supersix EVO HiMod and was box-fresh prior to this event. It has a SRAM Etap groupset with a single 44t Cannondale Spidering on the front. Lightweight Selle Italia saddle from the guys at Zyro. The wheels are Spada Spillo’s and the tyres are the awesome Vittoria Pista Speed track tubs which are super light, super smooth and just enough grip for a course like Hedley. 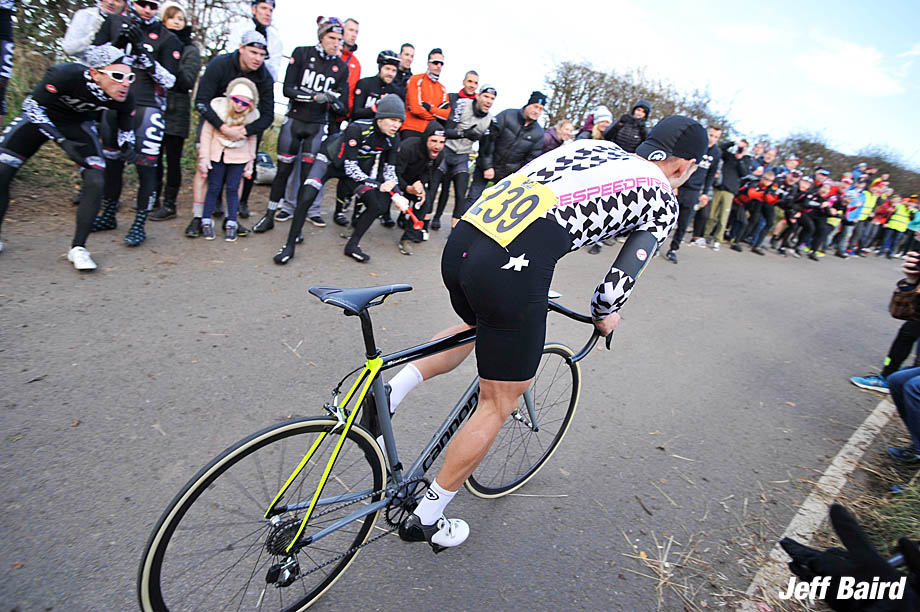 A big day out on the hill

PEZ: We note you don’t chop your bars, like some do?
I pay for most of my kit so I’m not about to start chopping up a £200 set of carbon handlebars for the sake of 20 grams.

PEZ: Have you ever thought about a riding fixed wheel bike?
I’ve considered it but when your geared bike is five kg and perfect to ride I just can’t see any benefit… 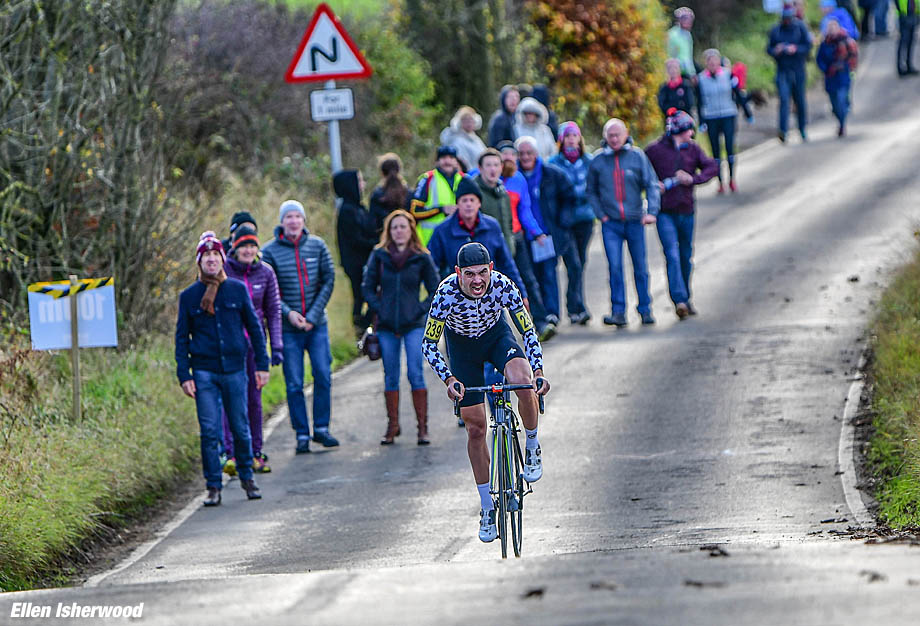 PEZ: Do you diet for the race?
From August to the Nationals yes – It’s no fun at all.

PEZ: Tell us about your preparation for the race, training-wise.
Training is a difficult one for me at times. I work full time, race weekends and coach a few talented lads local to me so it’s tough to find the time to train. I rely on Jess a lot to keep my life in order while I’m playing bikes! 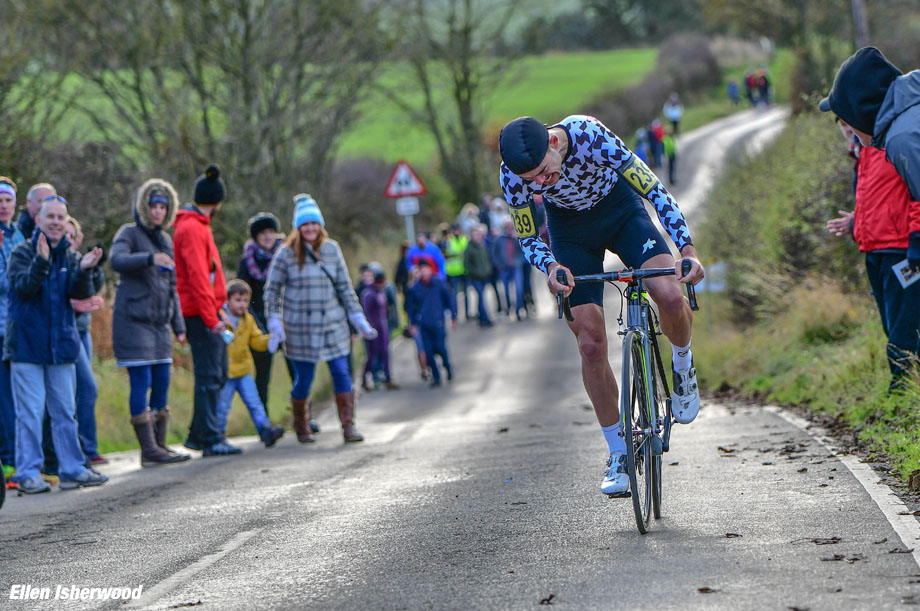 PEZ: What’s your warm up procedure?
Nothing too specific, 30 mins with a couple of short efforts. I try and arrive at the line nice and calm and not a big sweaty mess.

PEZ: Why do you think hill climbs have become so popular?
I think it’s how accessible they are, anyone can enter. It’s a raw effort and the pain is there for all to see. Plus the spectators/fans can get right up close to the action and be a real part of the event. 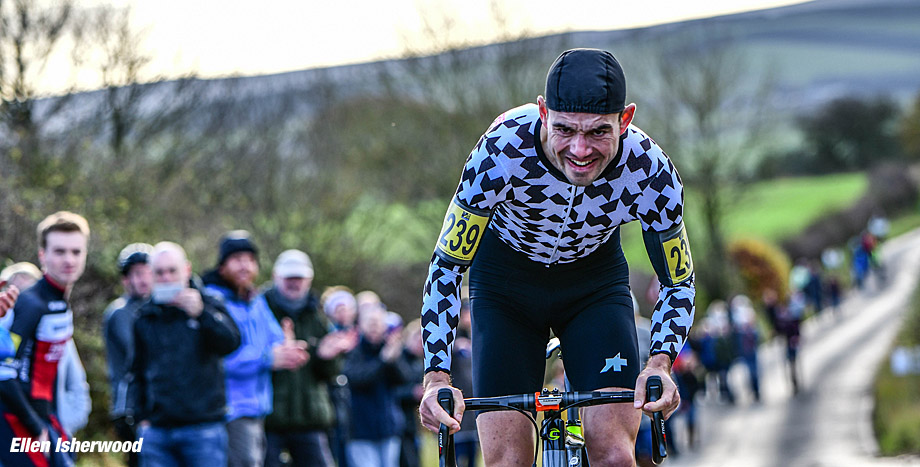 PEZ: Your ride won’t have done your coaching rep any harm?
Coaching isn’t a business for me (yet), I just help out a few of the talented local lads that I can see are committed and want to achieve.

PEZ: What do you do for the next 12 months?
Whatever the hell I like! I tend to meander through the traditional race season with a bit of road racing, bit of testing and some XC mountain bike stuff. I may do some cyclo-cross over the winter. 2018 I’m planning on racing the Dirty Kanza gravel race in the US and the Taiwan KOM challenge too. 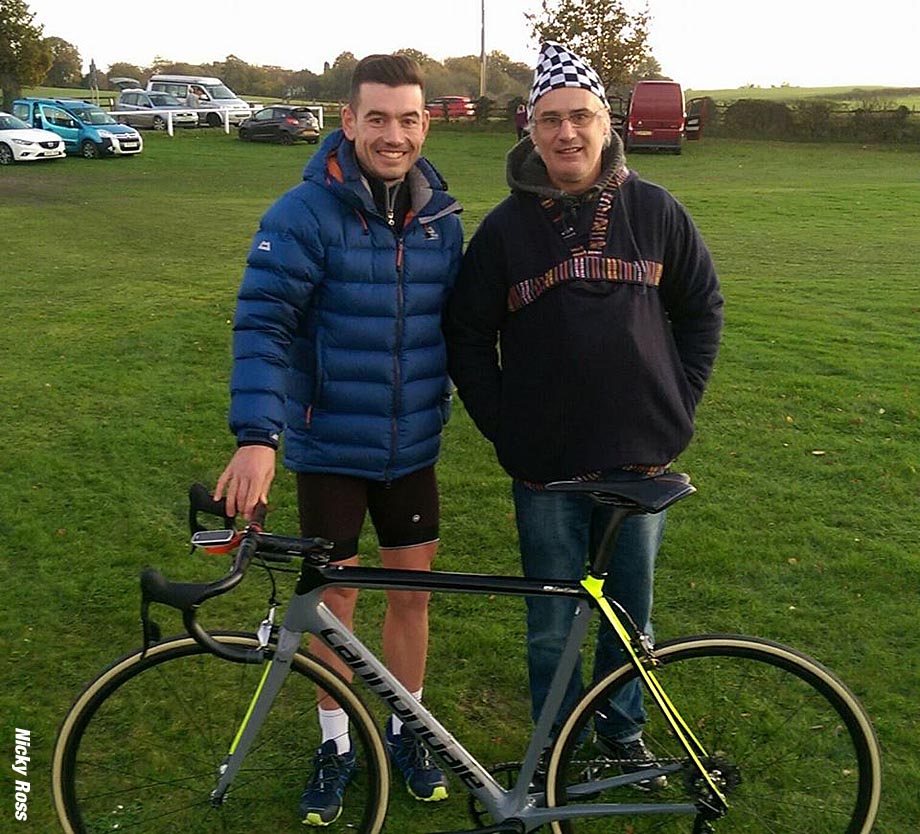 # With thanks to Dan for his time and to Ellen Isherwood, Jeff Baird, Cheryl Owens and Nicky Ross for the images – was that OK for you Mr. Gardiner? # 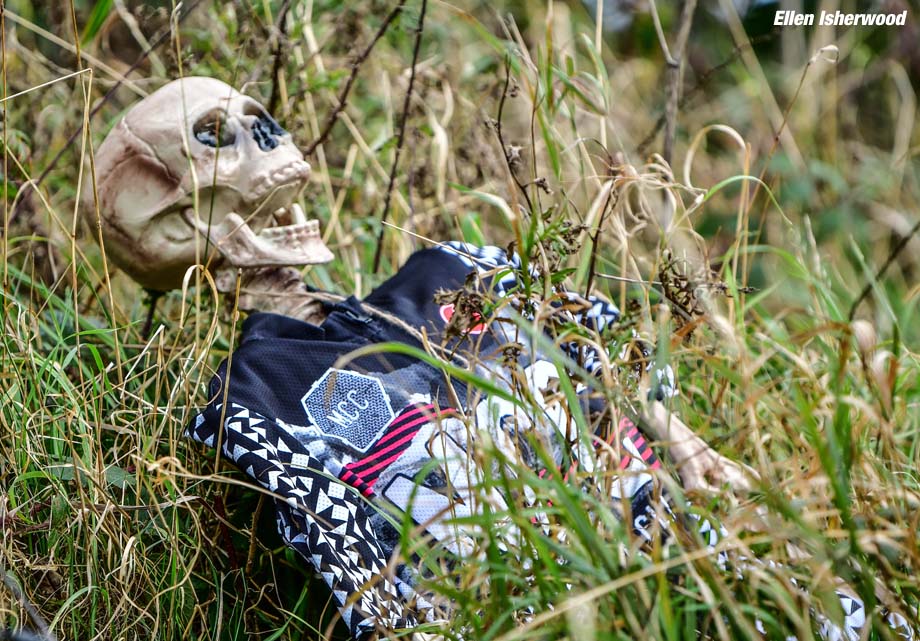 The race didn’t take that long!

100% Mathieu On the Koppenberg!