Like we say; ‘it’s not a proper race if Pez doesn’t have a man on the inside.’ Fast rising 21 year-old (Pozzato reckons the young Englishman is going right to the top) Ben Swift last spoke to us during his Giro debut; the first year Katyusha pro started his Tour of Britain with a flourish, grabbing third place on the first stage. We spoke to him at the half way point – Blackpool.

Three days later, Ben Swift had his first professional victory by way of a bunch sprint in Somerset. Ed managed to get hold of the talent before the win though – so in this first installment, we get a peak at Mr. Swift before the big win. Ed will be talking to Ben tomorrow to get his reaction on the win and to wrap up the Tour of Britain. Make sure to check back for that!

PEZ: What have you been up to since the Giro?
Ben: I had a decent break after the Giro but then went back into a heavy race programme; it’s hard to find your race rhythm after you’ve chilled. I rode the Tour of Austria, where I had three or four top tens; then the Tour of Wallonne, where I had the best young rider’s jersey for a few days then the Tour of Burgos, where I had top tens. I’ve done double the amount of race days that I did last year – my system is coping but May and June were flat out. 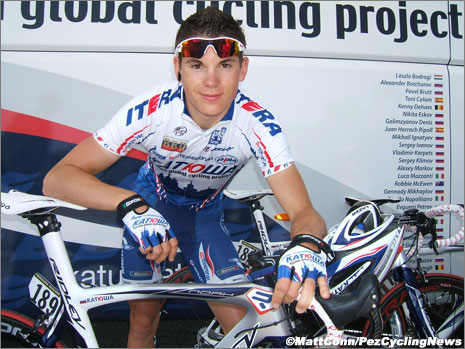 PEZ: How was your recovery from the Giro?
Ben: I think I out it out of my system early – I maybe relaxed a little too much after it, though.

PEZ: They say a Grand Tour moves your strength up a level.
Ben: I think that’s true but I haven’t noticed a massive difference – maybe my team mates would?

PEZ: What about the Tour of Britain?
Ben: This is my fourth one; in 2006 I rode with the GB national squad; then 2007 I rode stagier with Barloworld and won King of the mountains; last year I rode for the national squad again. The riders are definitely taking it much more seriously; I think the race is ready to have the field increased, there are 100 riders, but on the continent we’re regularly riding in fields of 160. 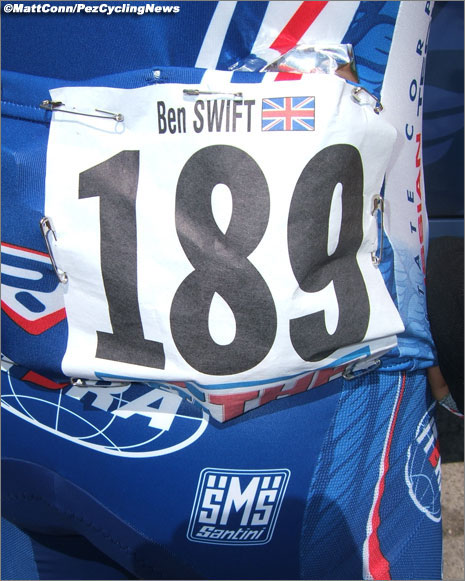 Ben got his first Grand Tour under his belt in May at the Giro.

PEZ: I heard that the number of teams trying to get in was massively over subscribed.
Ben: It’s an ideal Worlds tune up race at just the right time; the Tour of Germany has gone, Poland has been moved, the Vuelta is very hard – and Missouri means that you have to travel too and back from another continent.

PEZ: What about the question marks over race security?
Ben: That aspect has improved massively; even last year was much, much better – it’s not a problem, now.

PEZ: How about the transfer after every stage?
Ben: It’s the same for everyone and it’s no different to the Giro – it’s only eight days, so it’s not too bad. They’ve only been around an hour-and-a-half which isn’t bad; we have the team bus here, so it means you can have a shower – that makes life a lot easier.

PEZ: How has the race been going?
Ben: I started well, third on stage one; but I’ve had a bad luck since then – I punctured with 1500 metres to go on stage two, then punctured again with ten K to go on stage three, on stage four I hit a cats eye on the final descent and had to change a wheel. I got a change from neutral service, I had a team mate drop back for me, we held it at 30 seconds for 20 kilometres and we got in the cars twice but as the stage finish approached the speed started to climb and we had to let them go and save it for another day. Maybe it’s a blessing in disguise – I’ll be allowed to get in a break now. 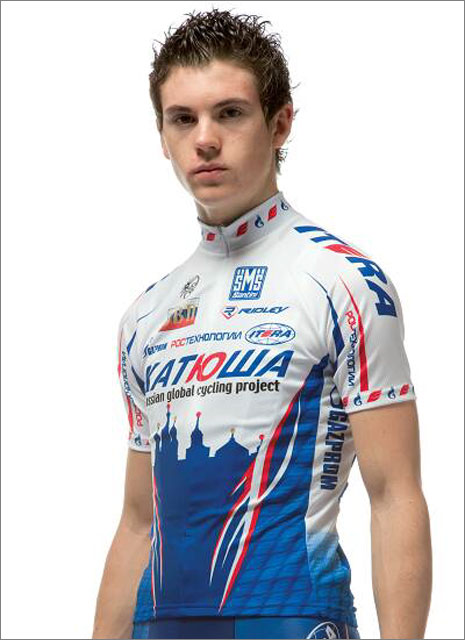 PEZ: What’s your goal for the race?
Ben: The next three days (stages five, six and seven) are the GC stages and I’m hoping still to be there at the finish for them – like I said, it’s to my advantage that I’m ruled out on the GC.

PEZ: How are Katyusha treating the race?
Ben: The team wants to perform well; Karpets and Pozzato are using it as final preparation for the Worlds. I’m hoping to be selected for the Worlds too; the final selection is made by British Cycling on Friday.

PEZ: I heard rumours you were headed for Sky?
Ben: No, I’m with Katyusha on a two year contract, everyone at Sky knows that and no approach was made to me – but maybe in the future?

PEZ: And is the pro life as expected?
Ben: Pretty much; I’ve enjoyed every minute of it!

PEZ: Katyusha is a cosmo team, what’s the language situation?
Ben: As far as Italian goes I know what I need to know, at the table it’s Russian but the team staff speak in Italian – there’s a bit of everything, really. 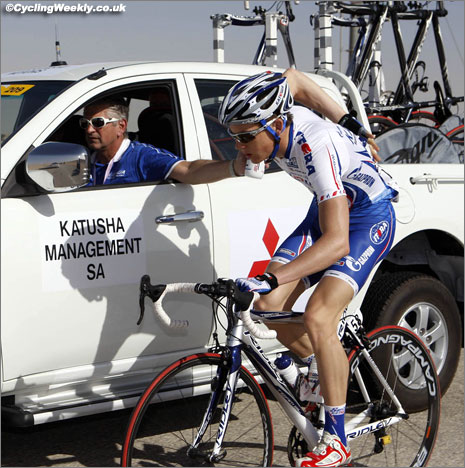 Ben has been racing since January – it’s time for a break!

PEZ: And who’s going to win the Tour of Britain?
Ben: It’s hard to bet against Edvald Boasson Hagen, isn’t it?

***
Yes, Ben, it is! We’ll be talking to Ben again at the end of the Tour of Britain when he’ll let us know about those GC stages.