Inside La Vuelta With Ryder Hesjedal

It was the second rest day when we caught up with Garmin’s Ryder Hesjedal; the day after his team mate Tyler Farrar’s long-time-coming first Grand Tour stage win – and two days after Ryder’s own excellent second place to Simon Gerrans (Australia & Cervelo) on stage ten to Murcia. The tall man from Victoria in British Columbia, Canada was on the massage table when he answered our questions.

PEZ: How are the legs, Ryder?
Ryder: Yeah, pretty good, it’s been a hard four days for me – I was pleased that I didn’t leave everything on the road in the break and could still contribute yesterday for Tyler. I stayed behind him on the climb and kept my eyes open – you never know how a race is going to play. I knew that David Millar, Dan Martin, and Tom Danielson were all safely in the front group. Over the top we got in a good group which was reading off the same page as us and wanted to get back up. I did my bit but I don’t have that 65/70 kph Millar top end to get involved in the finale.

PEZ: The big break to Murcia, chance or planned?
Ryder: I’m the guy that the team looks to cover dangerous breaks in that situation – just in case it does go all the way. You don’t want to put someone in the break who’ll kill themselves; it has to be someone who’ll stay the course – and you have to cover every break of ten riders or more. Stages eight and nine were difficult, so we knew a break could go if it was the right composition. 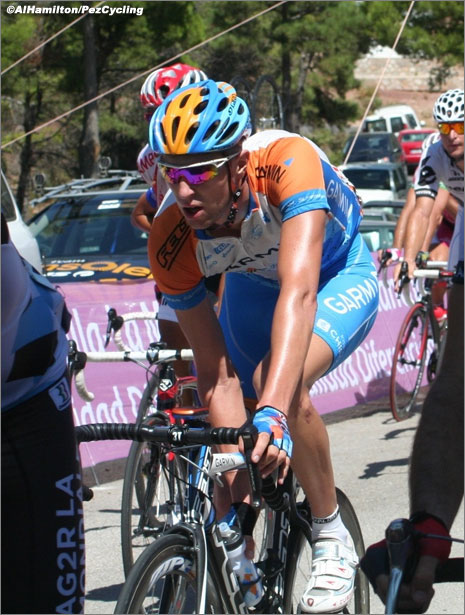 PEZ: It’s really tough to get in a break in the Tour; is the Vuelta the same?
Ryder: In the first part of the race little groups were getting away because the sprinters teams knew it would be relatively easy to control them and they know that normally they’re not going to succeed. On stage ten there were a lot of good guys trying to get away and it took a while to go; but it was a good group because there was no one super dangerous and Caisse were happy to let it go.

PEZ: Isn’t 19 riders a bit unwieldy for a break?
Ryder: It was easy to roll through in that size of a break; Caisse weren’t putting the pressure on behind and I think that everyone that was in the group was keen to get to that selective climb [Alto de la Cresta del Gallo] and see what would happen.

PEZ: How long were you away?
Ryder: Practically the whole stage, I think we went after just 10 K, but there was a 40 minute warm neutralised section so everyone was well warmed up!

PEZ: Was it a ‘hot one?’
Ryder: No, I think we got off lightly – in the regions we’ve been in it could be 10 degrees warmer at this time of the year.

PEZ: Did you know most of the guys you were away with?
Ryder: Yeah, there were some pretty notable guys there – a Vuelta winner and Grand Tour stage winners but I tried not to think about that, just to focus on the climb that was coming up.

PEZ: Was Gerrans your danger man when the final selection of four was made?
Ryder: Gerrans is quick yeah, I was riding the Grand Prix Plouay and I saw him win there; he was about as quick as it’s possible to be at the finish of a race like that – that was only a couple of weeks ago, so I knew he was going well. Vino was a bit of an unknown but he’s strong and he looked serious. Fuglsang’s GC ambitions have gone on the back burner, so I knew he’s want a stage win. 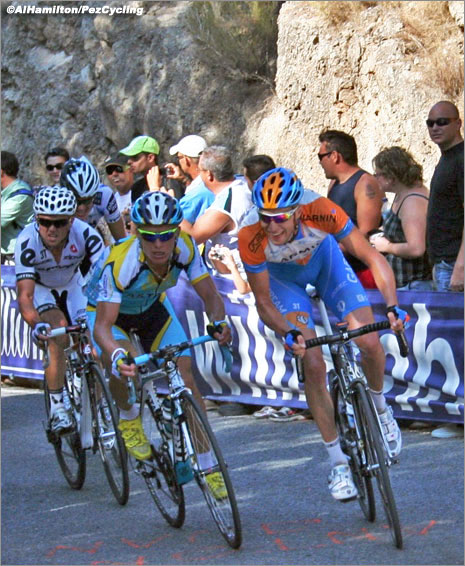 PEZ: What was your game plan?
Ryder: Once we’d established the break, I knew that there would be a selection on the climb and I was confident that I’d definitely be one of the riders in it. I’m not a super sprinter and I’d hoped to be in a group of maybe three so I could try to go solo. Four guys is a bad number because one will always counter; if there’s only three and you go, then the two others may just sit and look at each other – but with four it’s more difficult, especially if they are all strong riders. We were all relatively fresh, too – it was very smooth in the break, before the climb.

PEZ: Any, ‘with hind sights.’
Ryder: No, I’ve been down that road already for a couple of days now! Maybe I got stuck on the front a little too early and I was little too long at the front, it would have been better for me too if the sprint had started from a higher speed. People have said that when I went, I had a gap and should have pressed it but I was just testing to see who would react and when I saw Fuglsang chase it was the worst possible situation because it meant Gerrans and Vino were saving their legs; if it had been one of them, I’d have pushed it. It was a good second place, so I’m not too unhappy with it.

PEZ: How’s the rest day?
Ryder: You lose a little bit of rhythm but I feel I’ve recovered, I feel better now than I did this morning – my legs don’t feel bad.

PEZ: Management must be happy with how the race is going?
Ryder: I think we’ve had a third, three seconds and a win and we have Tom in fourth on GC. The teams that have riders higher than us on GC don’t have that sort of spread of results in the sprint and the time trials – we’re all very happy with how it’s going. 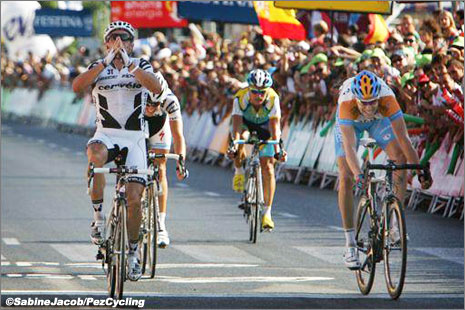 PEZ: Vino?
Ryder: I’m not one to talk about who should or shouldn’t be in the race but let’s just say that I’m pleased to beat him; he beat up on every one else – including me – for long enough, so it was good to return the favour!

PEZ: Will there be another breakaway?
Ryder: Oh yeah; If the opportunity arises!

PEZ: Will there be one of your famous “last week haircuts?”
Ryder: That’s a second rest day in the Tour tradition, but the guy who usually does it, our chiropractor, Matt Rabin isn’t here – so I just trimmed it myself, all the one length.

***
That’s a shame! With thanks to Ryder for giving valuable rest day minutes to Pez and wishing him ‘all the best’ for the long road to Madrid.