Inside The World Of The Six Day With Kris

‘The Sixes’ is a world all its own, very hard to break into and with it’s own codes and rules. A few years ago, a Swiss mechanic tried to break into that world; after his tool box was filled with honey and his drinks spiked with laxative, he got the message. And it’s not best form to talk to ‘outsiders’ – so you’ll understand if we just refer to our man on the inside as; ‘Kris.’

PEZ: That’s 35 years you’ve been on the Sixes, is this a good era?
Kris: There are no obvious ‘classic road stars’ riding the sixes any more; you have excellent guys like Risi, Bartko and Marvulli – but they are specialist six day men, not known to a greater cycling public. Zabel’s presence is good, but this is his last year. 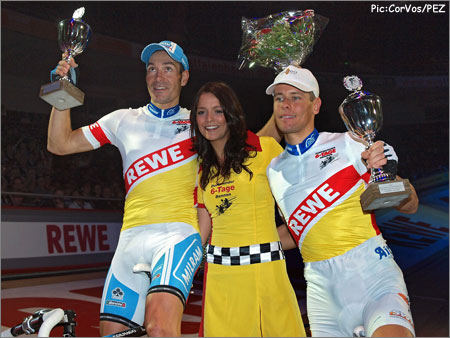 Zabel’s presence is good, but he’s bowing out.

I think that the programme’s have to be cut, six hours racing every night is too much for a lot of the public, and let’s face it – some of it can be boring. The racing should be shorter and sharper, they should take a leaf from Grenoble’s book where there’s circus, cabaret and shorter, faster racing.

PEZ: Stuttgart has gone – drugs or Deutsch Marks?
Kris: Whilst the drugs scandals obviously don’t help, I think that they are an excuse for sponsors to bail out. If your company is going through a tough time – which many are in the current financial climate – the first thing to go is sponsorship.

But there still might be a six in Stuttgart, former rider Gerd Dorich is trying to put one together on a temporary track in the Porsche Arena. 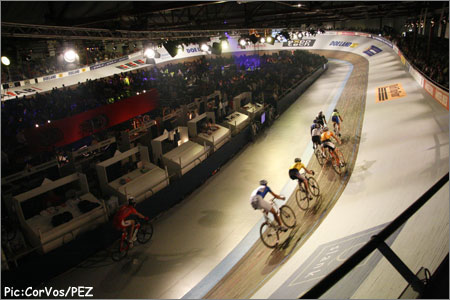 PEZ: Are any other sixes in danger?
Kris: Berlin is bullet proof, it’s a tradition in the city, folks come to watch the racing, see the shows, drink and socialise.

Bremen is strong, the event is held in a huge exhibition centre where there are stands, bars, disco, cabarets and again, it’s traditional. 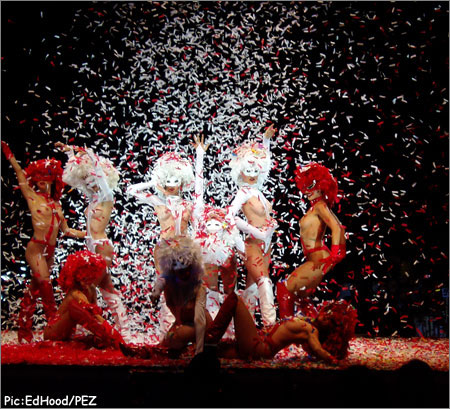 The ladies from Grenoble.

In Dortmund the crowds are down and there’s a rumour that the organiser has lost his main sponsor.

Munich has been disappointing, but there’s so much going on in that complex – Winter Festivals, Alice Cooper and Elton John gigs – the public have so much choice on where to spend their money.

The drugs hype hasn’t helped and some folks are choosing not to spend their money on cycling. But the other thing is that maybe it’s just, ‘had its day?’ 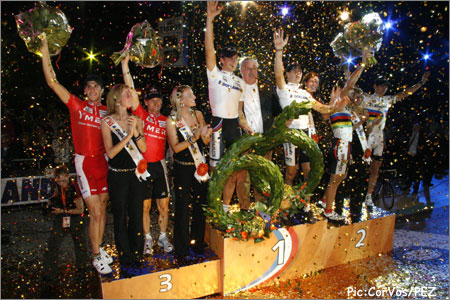 PEZ: Which is your favourite Six?
Kris: Grenoble – it reminds me of how it used to be, you cook for your guys, the ambiance is good and the organisation is good.

Berlin is a great race, if a member of the public asked which six to visit, I’d say, ‘Berlin’ without hesitation.

PEZ: Least favourite?
Kris: I’ll need to watch what I say here! Let’s talk about one that’s off the calendar! One time in Cologne, the organiser’s wife reckoned that she could save a few D Marks by doing the cooking herself, the cook was fired and within two days everyone had food poisoning! And I had to sleep in the boiler house – it was grim!

PEZ: Best racing?
Kris: Berlin, sometimes there the riders disagree about ‘things’ and you have full on, no holds barred racing – that’s something to see.

PEZ: Ghent was shaky for a long while, now it’s a sell out – why?
Kris: I have no idea, and neither do the organisers! The music is murder, the entertainment is awful, but people flock there. Maybe its good promotion, for example they have a ‘student night’ where students get in at a reduced price.

PEZ: Could we see a six at Manchester?
Kris: It’s doubtful; the British Federation aren’t keen on the idea – best not to discuss the reasons. 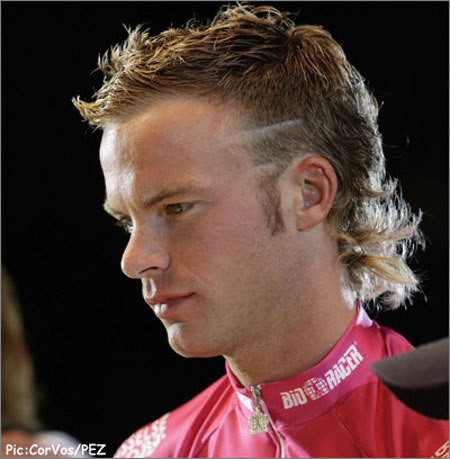 PEZ: Who are pick of the crop of current riders?
Kris: Keisse, Marvulli, Bartko; and Risi is still up there, but he’s coming to the end of his career. Lampater is good and a nice guy to go with it. 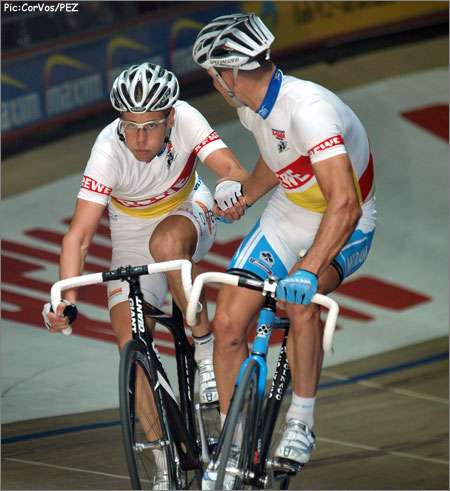 PEZ: ‘Tips for the top?’
Kris: Kenny de Ketele (Belgium) is coming on nicely and there’s the German, Erik Mohs; plus the Danes, Morkov and Rasmussen. The organisers tend to change the teams around a lot these days, so it’s harder to develop as a team and for talent to show. I think that this winter and next will be the ‘make or break’ for the sixes. 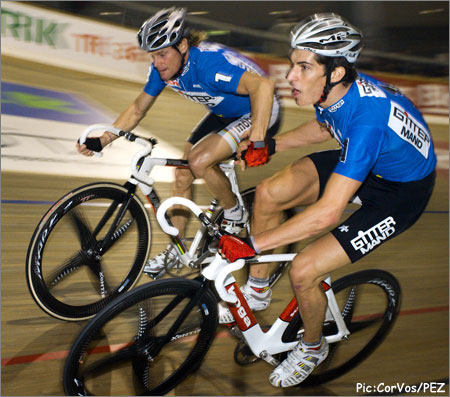 Bruno Risi and Franco Marvulli are still the best.

PEZ: Best riders you’ve experienced?
Kris: Marvulli is very classy; from the past, Sercu and Post were dominant. I don’t know if Post was the best ever, but he could certainly impose himself upon a race. 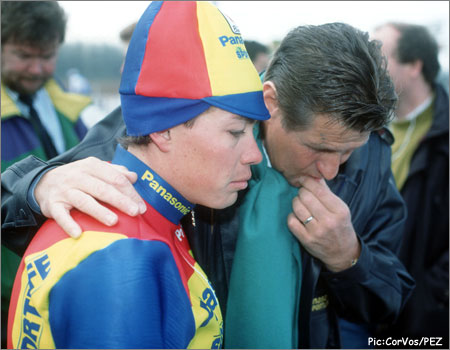 Peter Post was Six Day King for a while, and then moved to direct teams on the road and was one of the most successful directors ever.

Hans-Henrik Orsted (Denmark) was special, but there were so many cool road guys back then – Knetemann, Karstens, to name just two; Karstens was crazy, but great fun to work with. 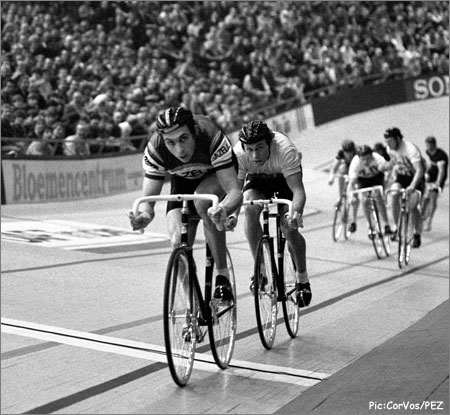 Patrick Sercu is the undisputed Six Day Emperor with 88 victories in all.

The best looking was Carsten Wolf, everything had to be perfect, the bike, his clothing – you’d have loved him, Ed!

PEZ: Why are there no roadmen on the boards now?
Kris: They get paid too much. They get good contracts from their sponsors now – what would you rather do, go training in the sun in Majorca or disappear into a stadium and go round in circles for six days? 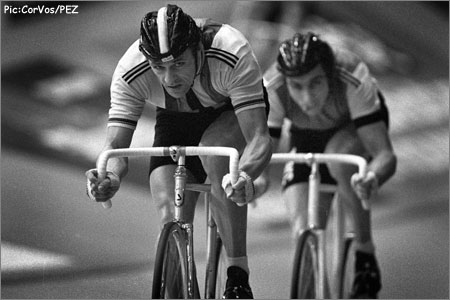 Aussie Danny Clark wasn’t too shabby either with 74 wins.

PEZ: Can the Danes be ‘top dogs?’
Kris: It’s possible, but now that they are with Riis at Saxo Bank he won’t want them to ride as many sixes – none of the road managers do. To get to the top, you have to be part of it – riding all the sixes, if you’re not, then the other teams will close you out. 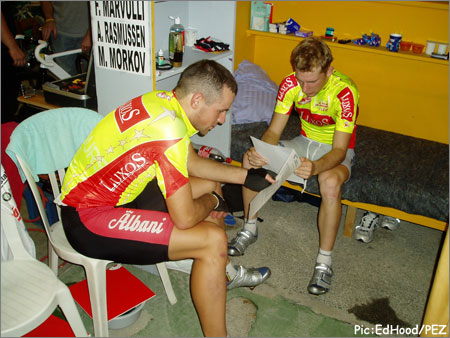 Michael Morkov and Alex Rasmussen could be the leading duo for years to come, but they’re headed to the road.

PEZ: If you could change just one thing about the Sixes?
Kris: I’d make them three days – in the modern world, six days is too long; a Friday night, Saturday night and Sunday afternoon would be perfect. It would suit modern society better and make competing and working in the sixes so much less stressful – I finished Grenoble and had a 900 kilometre drive to Dortmund on my ‘day off.’

PEZ: Have you ever thought about just watching a Six?
Kris: Just recently, yes! When I stop and my wife retires, we’re going to visit every six, so she can see all these places that she hears me talking about – but just for one night each!

***
With thanks to Kris, and don’t worry about that retirement stuff – he’s been telling me that for ten years!

Toolbox: Mind of a Champ