Rider Interview: The Wanty organisation has got the supermarket Intermarché on-board and are stepping up to WorldTour level for 2021. The team has contracted more top riders for next season, including Dutchman Taco van der Hoorn. Ed Hood spoke to Taco from his training base in Spain to get the low-down on the move. 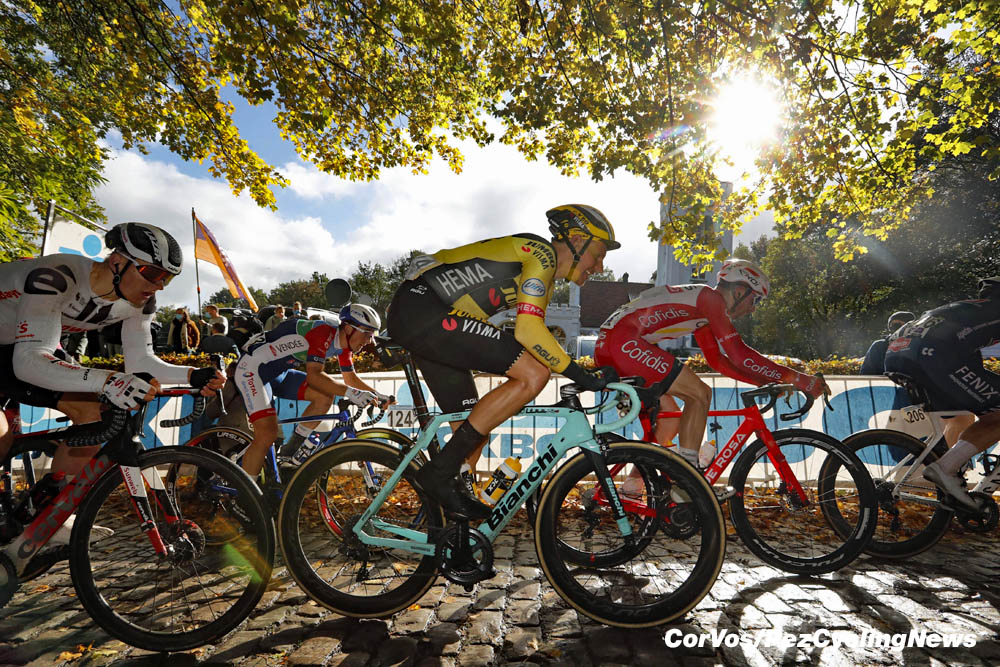 The team’s roots are in 2001 as VC Ath; moving to Continental level as Willems Verandas in 2008 then Pro Continental in 2011. Since then as the various incarnations of Wanty, they’ve been the very model of ‘old school’ Belgian teams, hard racing, going in all the breaks and keeping the sponsor’s name well to the fore. For 2021 they step from ‘ProTeam’ to ‘WorldTour’ level having acquired the licence previously held by the CCC team; they’ve also acquired a major new sponsor in Intermarché supermarkets. Season 2021 sees them as Intermarché Wanty Gobert; Wanty are a long-established, Belgian building and construction company whilst Gobert has wide ranging interests from furniture stores to the supply of specialist stone products. 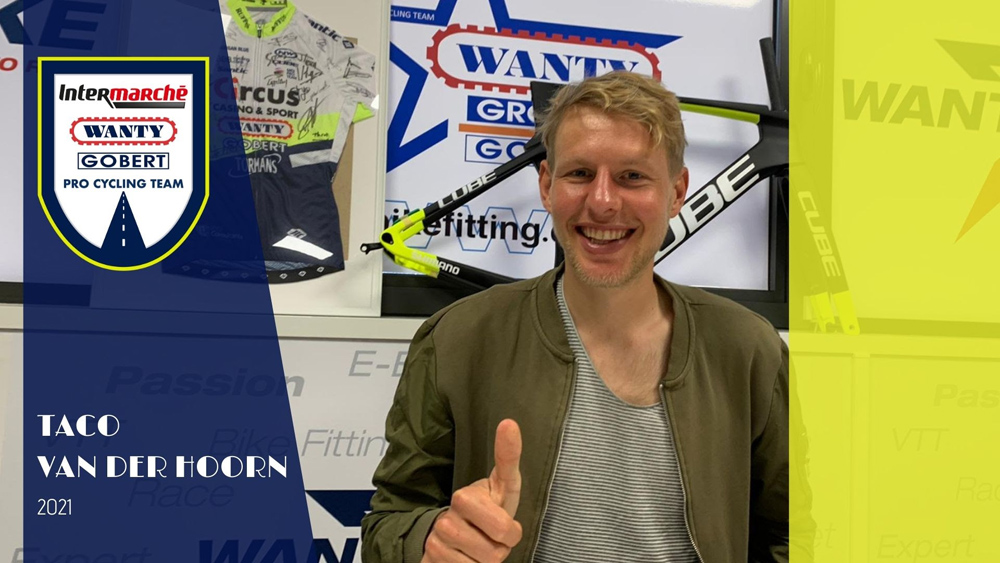 Joining them for season 2021 is a man who should fit right in with their attacking, attractive style of racing; 27 year-old Dutchman, Taco van der Hoorn. As a member of another squad that didn’t ‘hold back’, ProContinental, Roompot he scored some notable victories; the 2017 Schaal Sels, the 2018 Primus Classic and a stage in the BinckBank Tour the same year. Rides like those gained him a ride with World Tour mega squad, Team Jumbo – Visma. But in a squad with the likes of Primoz Roglič and Wout van Aert present it’s never going to be easy to get ‘freedom’, to use Taco’s words; ‘it’s only logical that you work for guys like that.’ And whilst there’s obviously a team game to play at Wanty, he’s been promised more freedom; an attractive proposition to a rider of his temperament. 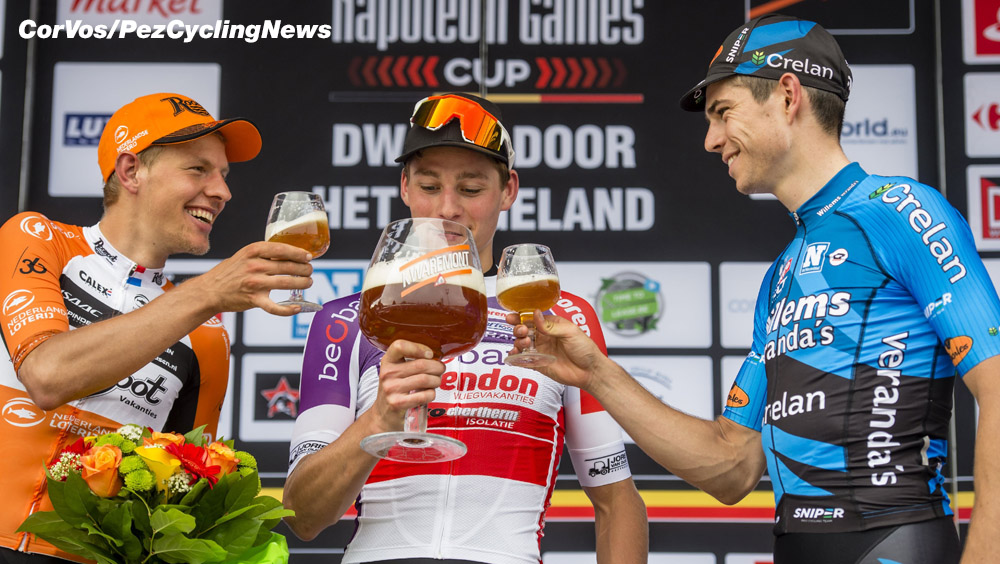 PEZ caught up with him after his training for the day was done; a six hour plus run, down at his training base in Calpe, Spain where he’s been since early December.

PEZ: Thank you for taking the time to chat with us, Taco; we were checking your palmarès and noticed that back in 2009 at Borsbeke you were second to some guy called Dylan Groenewegen.
Taco van de Hoorn: That’s a long time ago! But yes, we’re the same age and lived close to each other, we raced against each other a lot back then, he was pretty quick even then but actually, Danny van Poppel was the fastest at that time. But Dylan worked hard at developing himself and has made himself a world class sprinter. 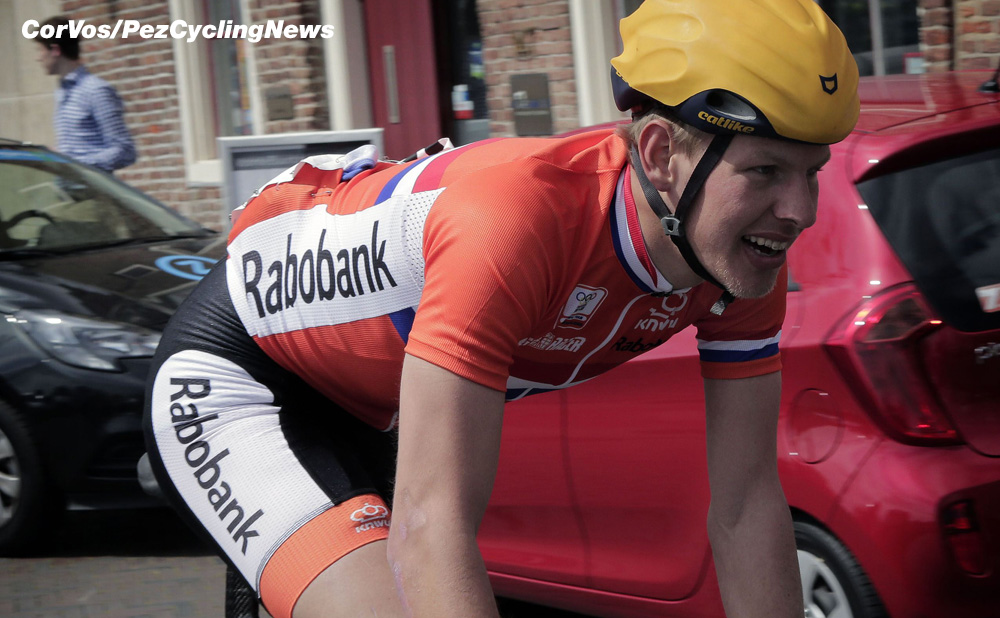 With the National team in 2015

PEZ: Your first three years u23 you were with the Jonge Renner team?
Yes, I missed out in my second year though due to injuries – but that was a good team to be in; I wasn’t a big talent, I was studying Human Resources at university at the time and didn’t have time to train seriously so being on a small team suited me. 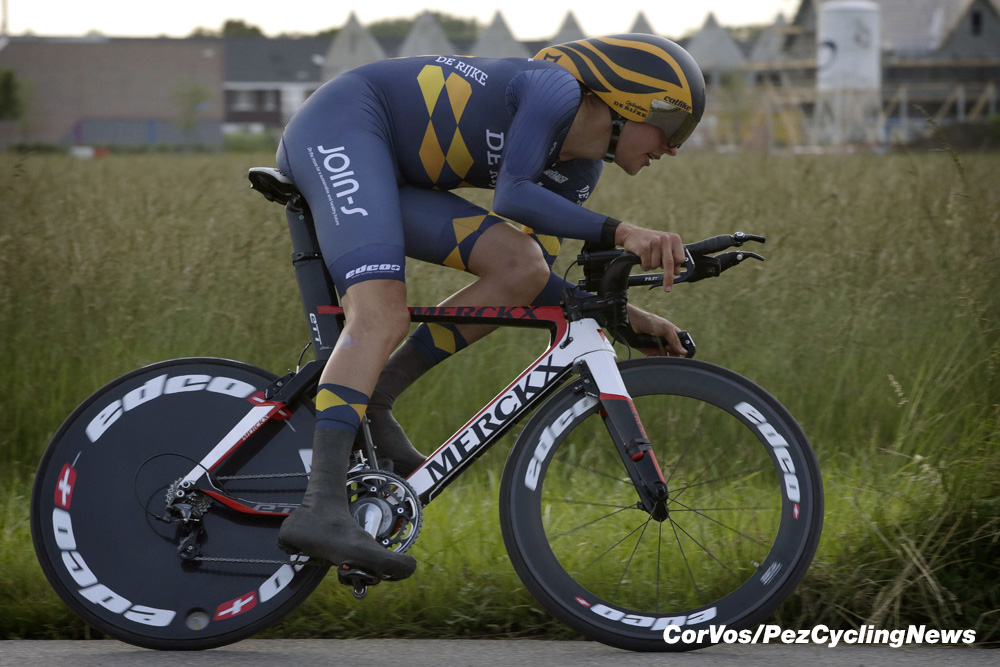 PEZ: Then the famous De Rijke team, not any easy team to get a ride with?
No, but I was good enough! In my second year with them I won a stage in the Ras, Tour of Ireland with them and two pro kermises at the end of the season, one in Viane and one in Stekene; that got me noticed and I got the Roompot ride. 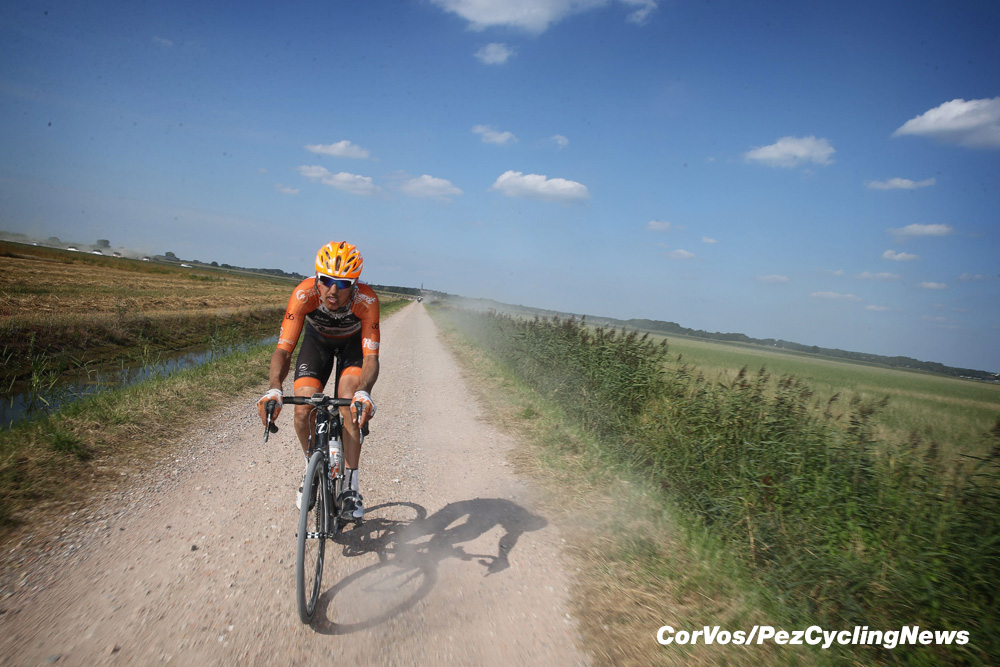 PEZ: Tell us about Roompot.
They approached me about a ride and I liked the team, there was a good atmosphere and you got a lot of freedom to ride for yourself. I won Schaal Sels with them at the end of August in 2017 after being second to Mathieu van der Poel at Dwars door het Hageland at the start of August. It was a big race to win, it’s been around since 1921 with guys like Rik Van Looy, Herman Van Springel, Edwig Van Hooydonck, Wilfried Peeters, Tom Steels, Steven De Jongh and Niko Eeckhout as previous winners. I surprised myself that season, I was going well right from the start; I got a podium place in the Herald Sun Tour stage in February. 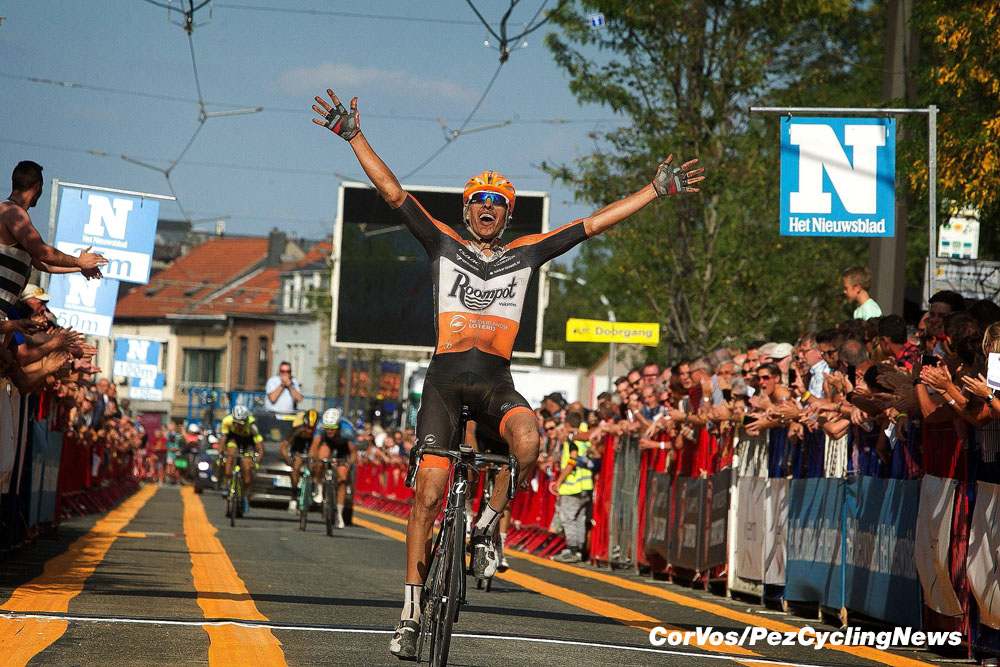 PEZ: Then 2018 was a great year; wins in a BinckBank stage, the Primus Classic and Putte-Kapellen.
And the thing is that I only began training in June, I had been out for seven months after suffering concussion in a training crash in November. I rode a post-Tour criterium on 31st July then began serious racing in the KOGA Slag om Norg on 11th August. I won the BinckBank stage in mid-August, the Primus in mid-September and Putte-Kapellen in mid-October. Those wins got me the Jumbo ride. 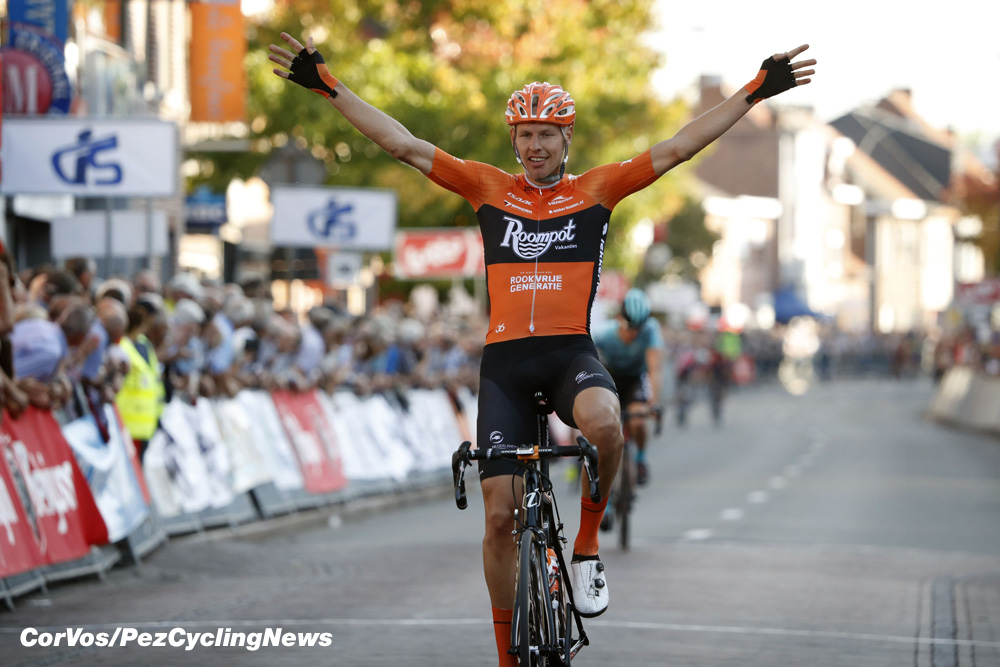 PEZ: Perhaps we’d have expected the wins to continue in 2019?
The team was at so high a level with guys like Wout van Aert and Primoz Roglič that it’s only logical that you work for them. I enjoyed my time there working as a domestique for Wout – but it was very different to my time with Roompot. 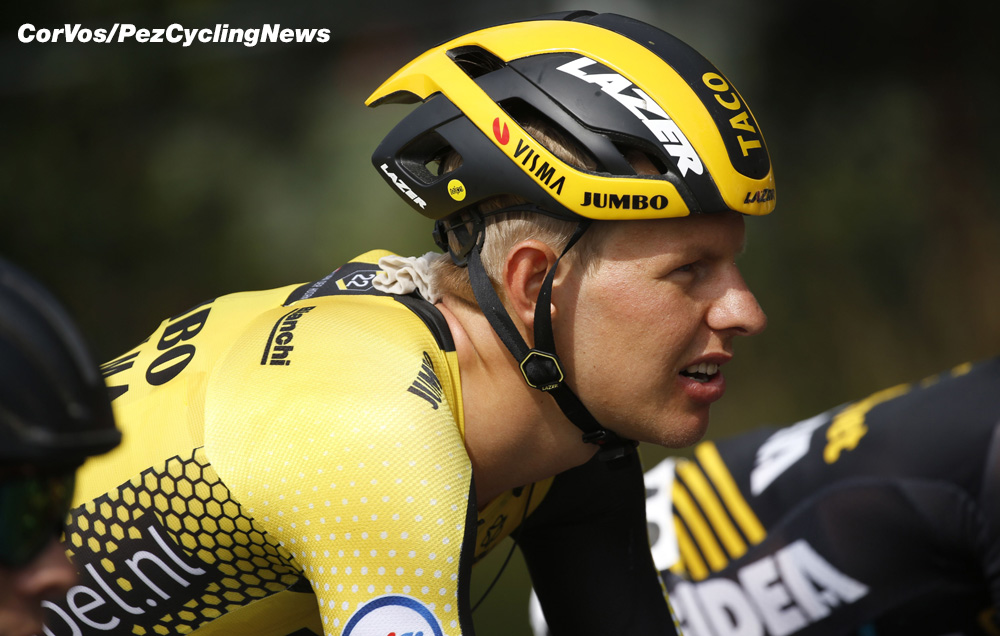 PEZ: How did you cope with ‘lockdown’?
It was strange to start with, not knowing what was going to happen – but once we had an understanding of the situation, were able to accept it and that the fact it was going to take a few months, then you were able to relax a little before thinking about building back up. 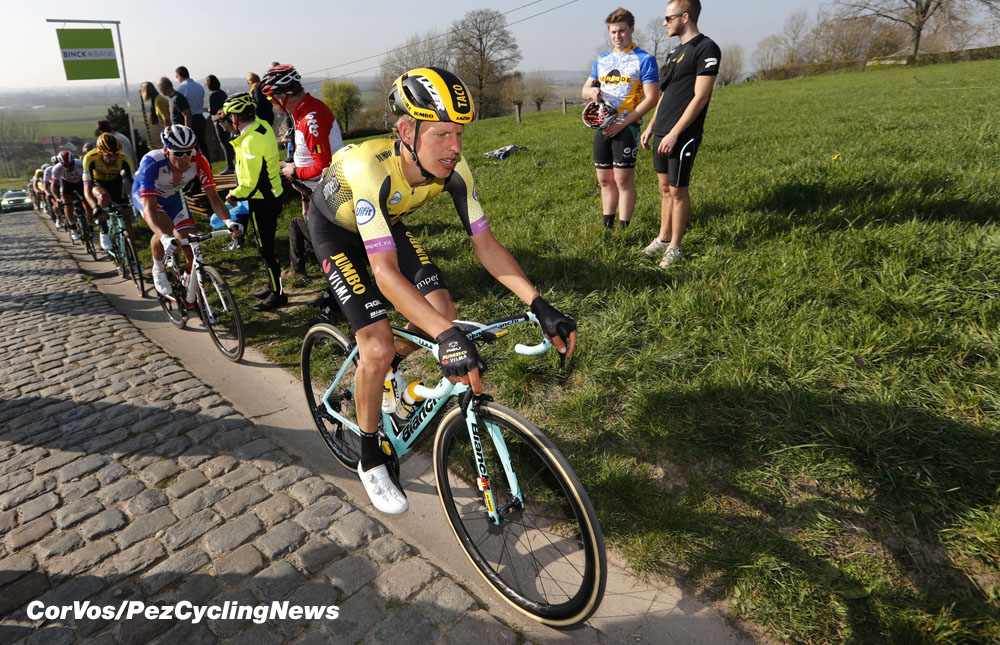 The cobbles of the BinckBank Tour 2019

PEZ: Did you do any ‘Zwifting’?
No, indoor cycling is not for me, one of the things I love about my sport is getting out in the countryside on my bike, not sitting in a room. 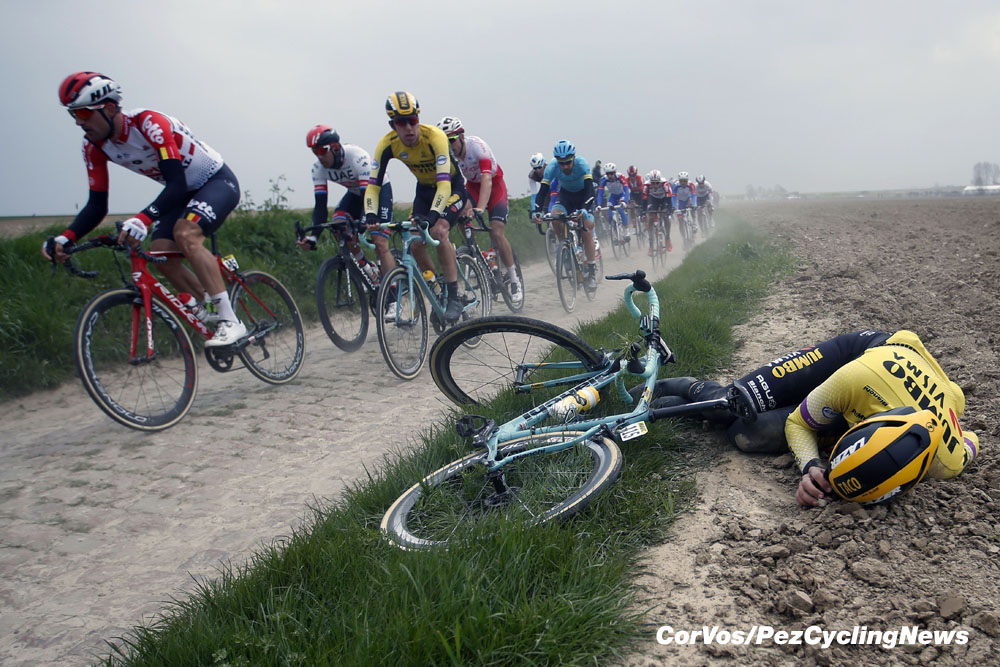 PEZ: Season 2021 must be an exciting prospect for you, Wanty are known for their aggressive style of riding?
It’s a really good team for me with a good mix of races, obviously there’s a team role to play in the big races but in the smaller races I’ll have more freedom and that suits me. One of the reasons the team signed me is that they like my attacking style of riding. 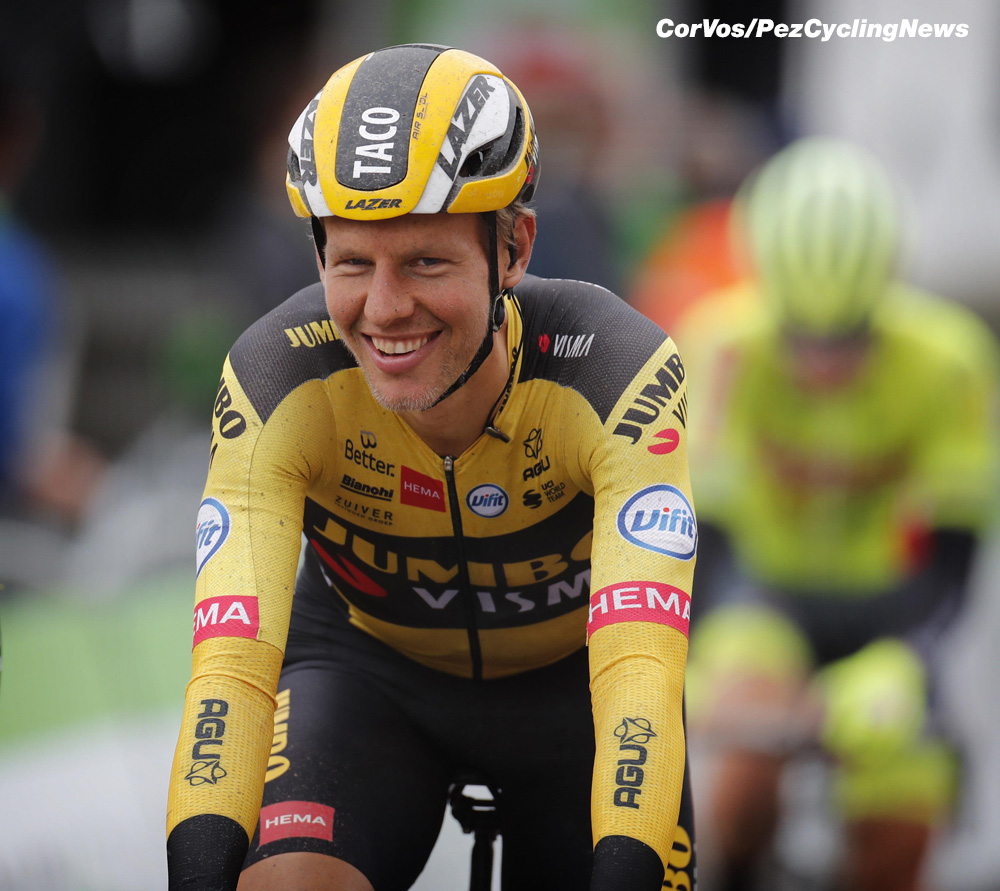 Happy in the BinckBank Tour 2020

PEZ: I read that riding a Grand Tour is an important objective for you?
Yes, and the team have told me that I’ll ride one, which one hasn’t been agreed yet but we’ll discuss that at our first training camp. I didn’t get that opportunity with Jumbo but getting the chance of going for a Grand Tour stage win is an exciting prospect for me. 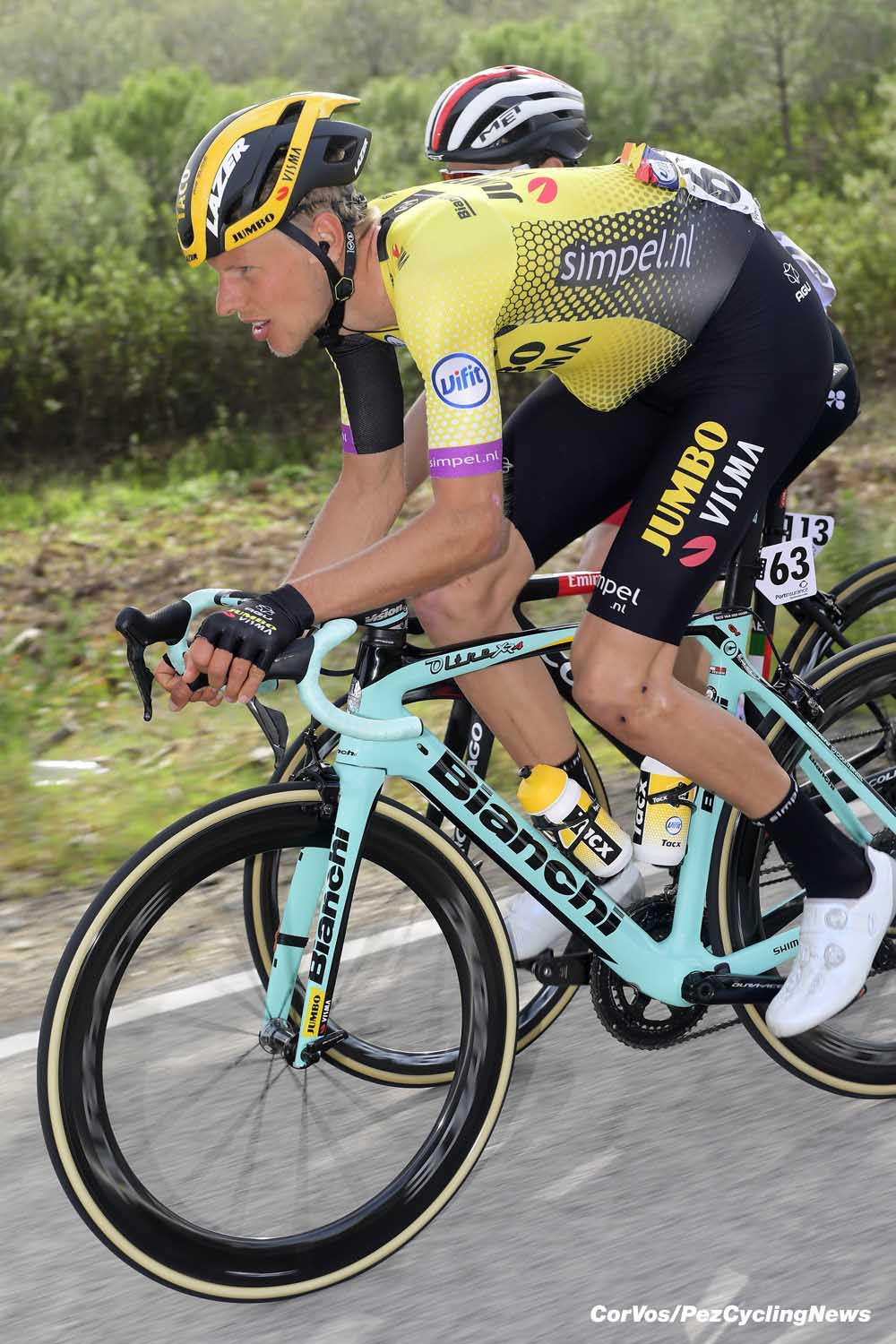 PEZ: You did six hours and more today so the training is going well?
I came down to Calpe on December 7th and am here until I hook up with the team on January 11th at the camp where we’ll be until January 22nd. It’s much nicer to train here than up in The Netherlands; I heard today that there was a big storm – not good for training in! 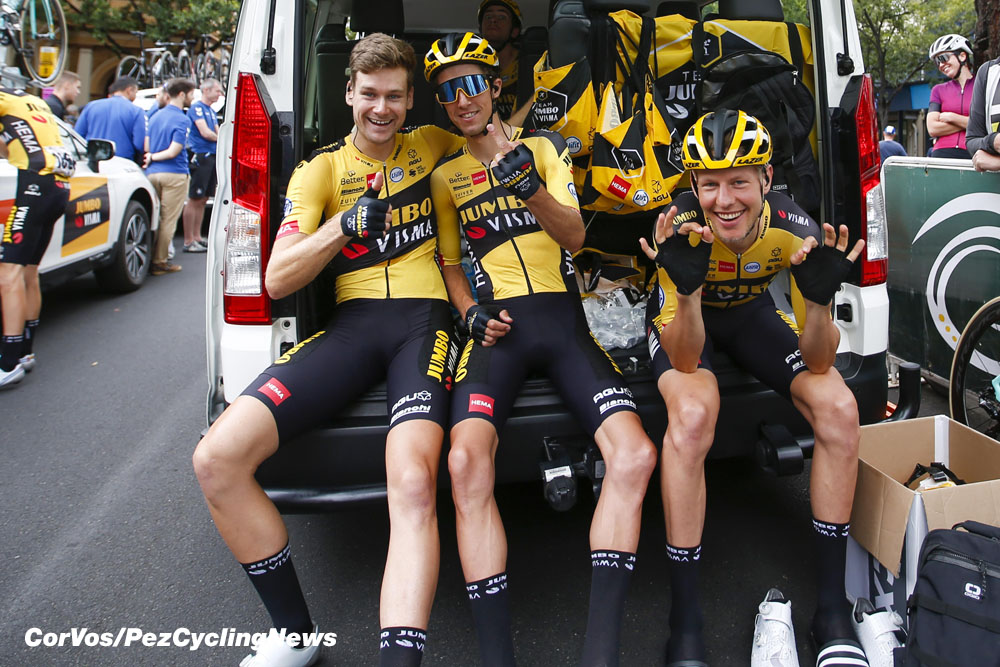 PEZ: Your ambitions for 2021?
I want to be the same rider I was with Roompot, get in breaks, search for results – it’s hard to predict but I definitely want at least one good win.

# With thanks to Taco and Sarah Inghelbrecht at Intermarché Wanty Gobert for facilitating this interview. # 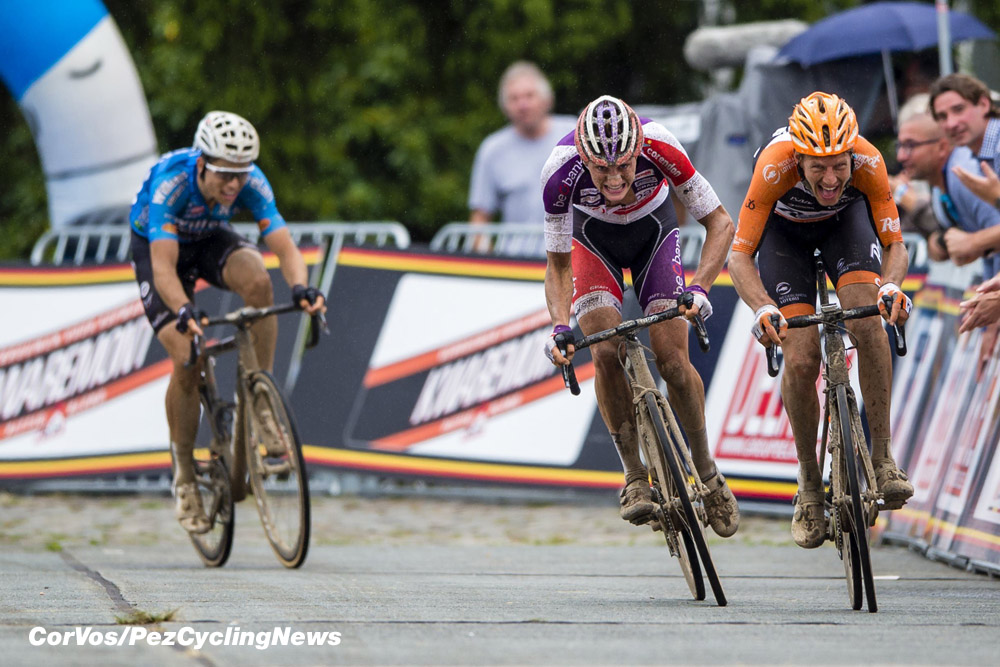