Team DS Interview: At the end of a year like 2020 it’s good to hear of someone moving up to their dream job. Cherie Pridham has been rider and a directeur sportif in the pro peloton and in 2021 she will be behind the wheel of the Israel Start-Up team car. Ed Hood heard all about it. 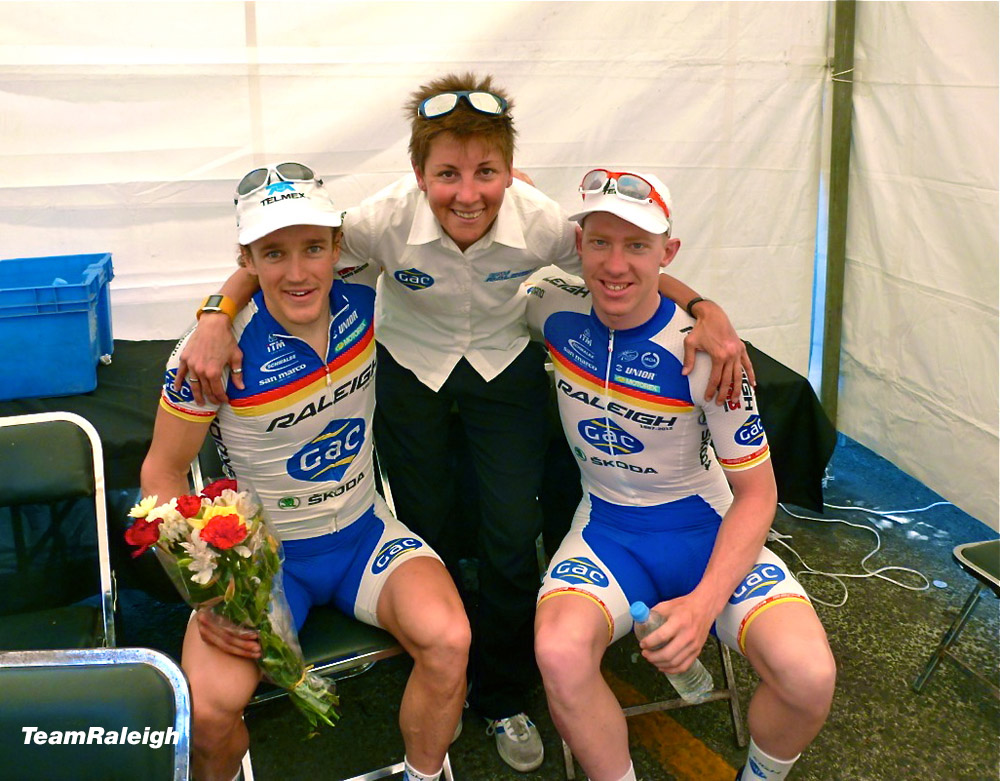 ‘Glass ceilings;’ they’re there to be broken through. California’s Shelley Verses [interview Part 1 and Part 2] smashed through one ceiling when she became the first female soigneur in the male dominated world of professional cycling back in the days of Toshiba and 7-eleven. Well, the glaziers are required again as England’s Cherie Pridham becomes the first female sport director in the World Tour; she’ll be with Israel Start-Up Nation for season 2021. 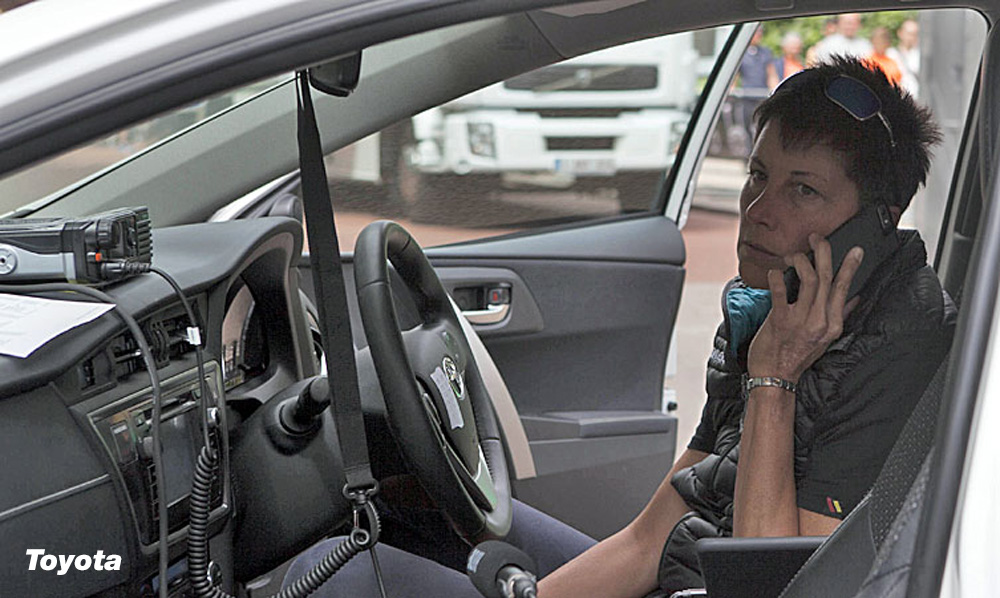 Cherie managed and then owned the Raleigh team in the UK last decade before adopting a similar role with the Vitus team. Sadly, in these uncertain times she recently had to wind the Vitus team up due to the reluctance of sponsors to commit. But from the negative comes the positive and she breaks new ground with the Israeli team which has big ambitions. We just had to speak to the lady:

PEZ: Congratulations on the new role, Cherie. Take us back to the beginning, how did you get into cycling?
Cherie Pridham: I was racing from the age of 11; when our family came back from South Africa but I was born in the UK, my dad was in the Royal Navy and we travelled around a lot. 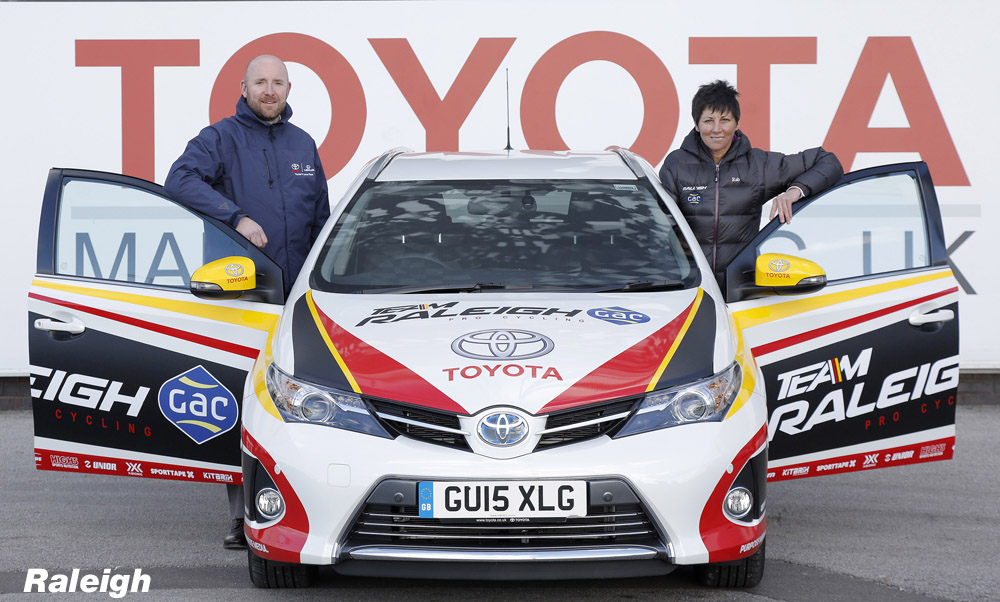 PEZ: You were a professional cyclist for a number of years?
Yes, I was on Swiss, Italian, French and Belgian teams during my tenure as a professional.

PEZ: You rode the ladies’ Tour de France eight times?
Yes, it was always the hi-lite of the year, whilst there were other nice races on the go at that time – the late 80’s and early 90’s – like the Giro Rosa, the Tour de l’Aude, Tour of the Vendee the Tour was always the main event.

PEZ: What’s your best memory of you racing days?
That would have to be the feeling you get when you’ve completed the Tour, it’s special to have raced hard for anywhere between and 11 and 14 days and made it to the finish.

PEZ: How did your move into team management come about?
My partner, Eddie looked after the GB national junior squad and took care of me when I raced. I was the victim of a hit and run incident on my bike, that effectively ended my career but the sponsor I had lined up for the following season, Merlin, the titanium frame company, suggested that I start squad for them for the 2006 season. So that’s what I did, I learned the job with that junior development team. After that I was picked up by the Plowman Craven team – but let’s not talk about that [The team was launched amid much fanfare but folded with the usual tales of unpaid wages, ed.]. Then the opportunity arose with Raleigh UK in September of 2010; that in turn lead to me being given the opportunity to buy the team in 2013 when management changed within Raleigh, I took ownership on January 1st 2014. 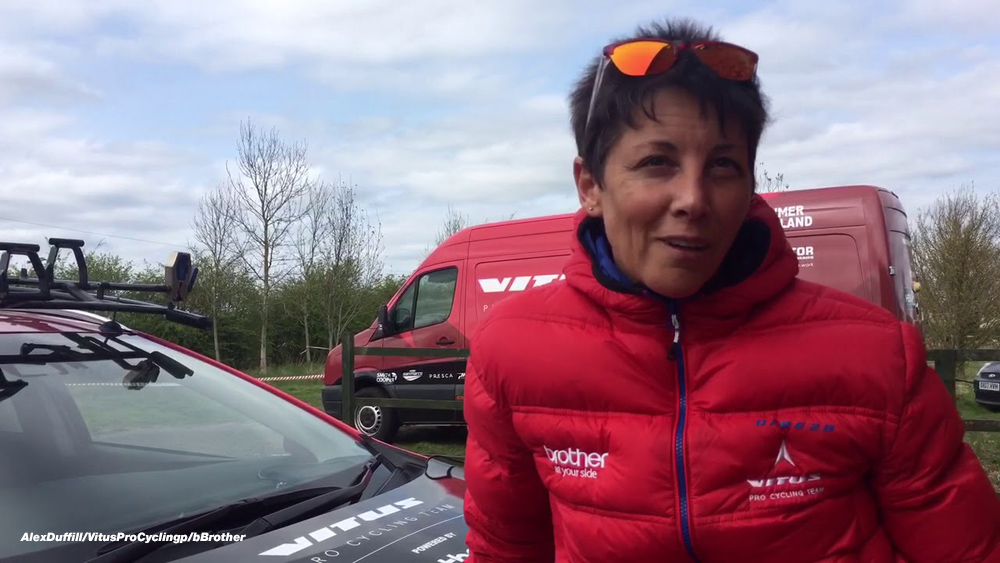 PEZ: How long have you been running teams then?
At UCi Continental level for 11 years.

PEZ: Your best memories of that period?
The strength we had with the Raleigh team, a good budget racing in the UK when there were six UCi Continental teams, it was a good scene. But we could field a team in the Tour Series Criteriums and still have a team racing abroad – Europe, Canada, the USA, Mexico. . . 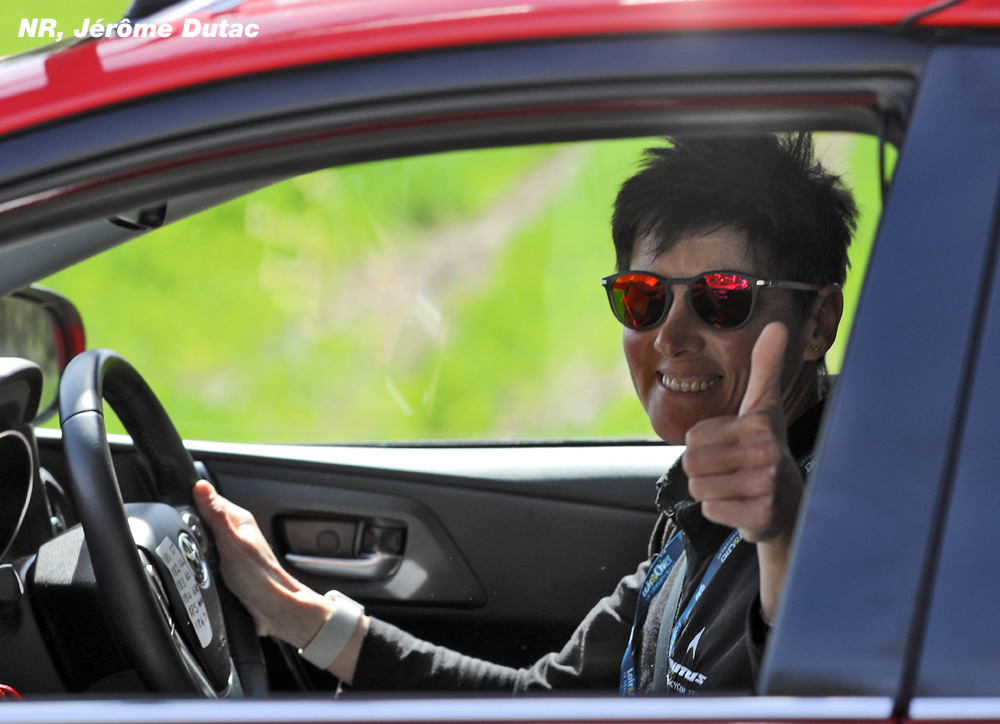 PEZ: With all your experience on ladies teams did you never think about running one?
I get asked that a lot, no, I started with junior men then went to u23 and seniors, it’s never been something I considered.

PEZ: Tell us about the ‘Hinault connection’ in 2014.
At that time we were looking for additional sponsors and had four French riders on the team; really, it was an association in name only. 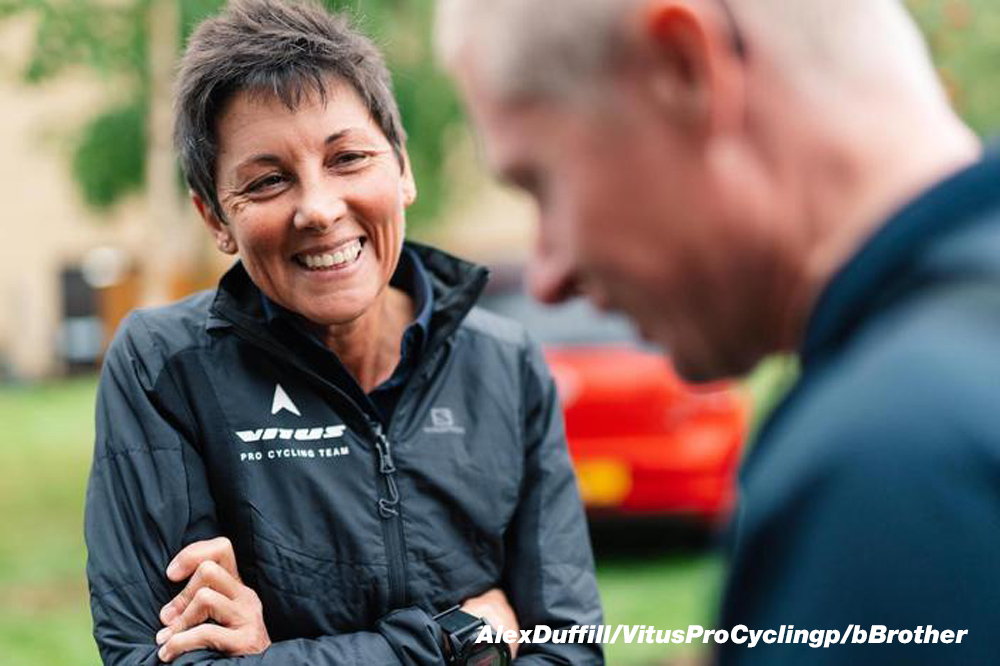 PEZ: It must have been tough to tell your riders that the team was folding?
Even before the current Covid situation, over the last 18 months things have changed, it’s been very difficult to attract sponsorship – my budget was a third of what it was during the good years with Raleigh – not just for teams but for race organisers too. The lack of finance made it difficult to race abroad. Even getting equipment sponsors – which didn’t used to be too difficult has become more challenging. It became such a fight mentally to keep things going and with Covid. . .

It got to a point in June where we were close to a three year deal with a sponsor but that fell through in July and then we lost another sponsor. My main priority became simply paying the riders and staff to the end of the year. 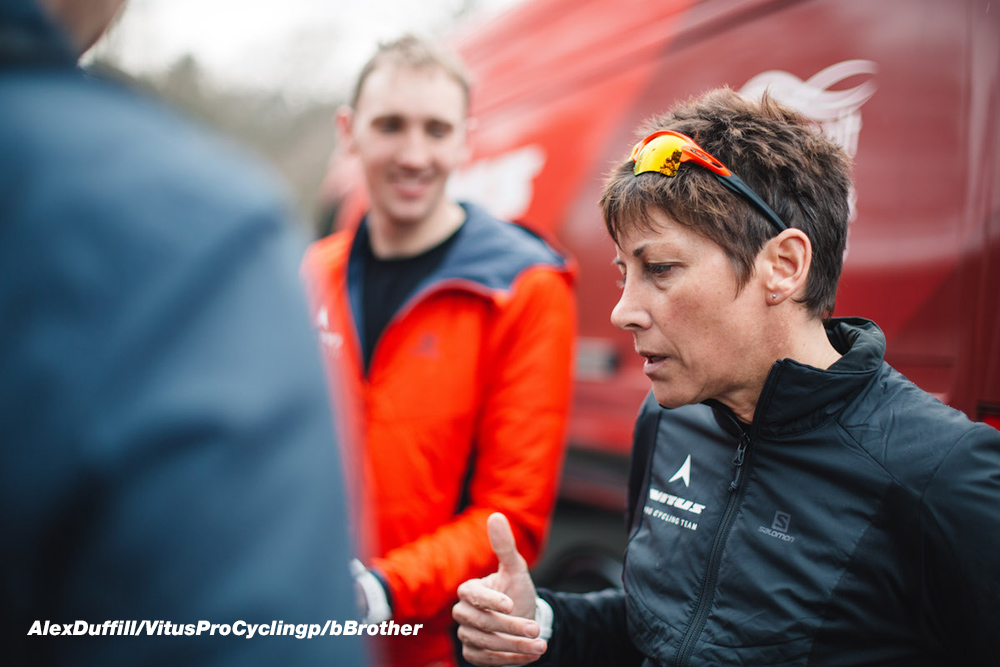 PEZ: How did you get the Israel job?
I started to look for ‘real world’ jobs but just wasn’t having any luck so I decided that I would contact some World Tour teams which I had targeted. Israel Start-Up Nation were the first to listen and I’m still, grinning from ear to ear at getting the opportunity.

PEZ: A ‘glass ceiling’ crashed through?
I don’t see it as ‘ground breaking’ at all, I’m humbled that the team has taken me on merit, nothing to do with my gender, just my abilities. 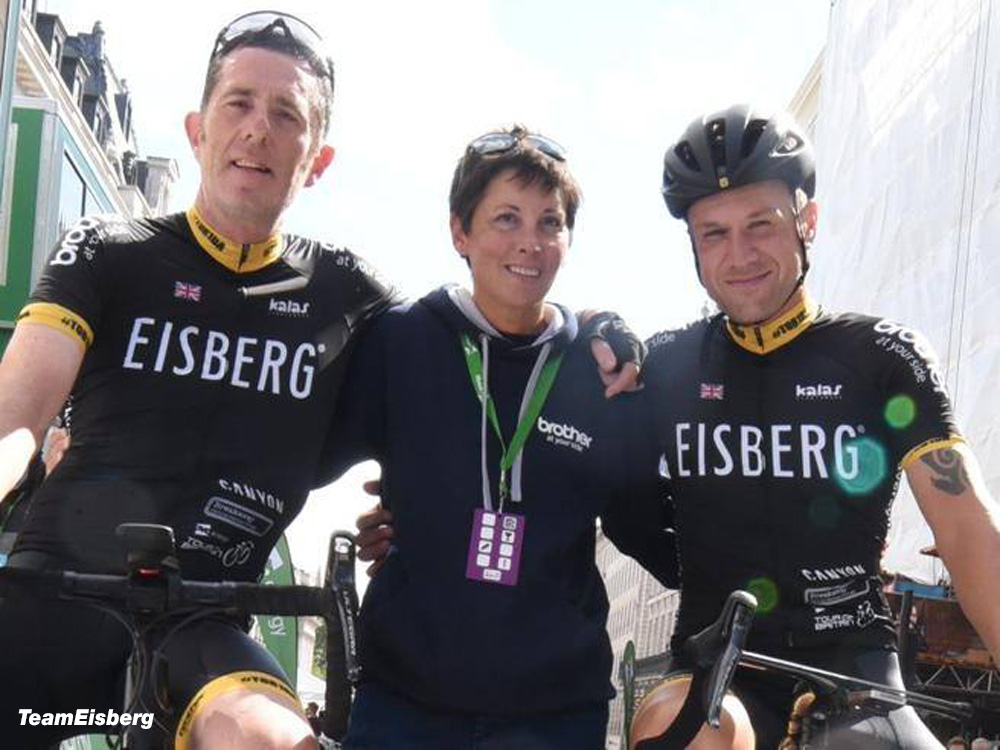 PEZ: Have you met your new colleagues yet?
Yes, we’ve sat down together and they’re a super group, friendly and very willing to share their knowledge. [Israel Start-Up Nation sport director Eric Van Lancker was interviewed on PEZ, ed.]

PEZ: By recruiting Chris Froome and Mike Woods they’re making no secret of their GC ambitions?
The team has progressed from UCi Continental to Pro Continental to WorldTour and even in the time of Covid have showed their potential with Hugo Hofstetter’s win in le Samyn, Alex Dowsett’s stage win in the Giro and Dan Martin’s stage win in the Vuelta. Even though, we’re perhaps still under dogs but there’s strong belief in the team that we can be one of the very best in the World Tour. 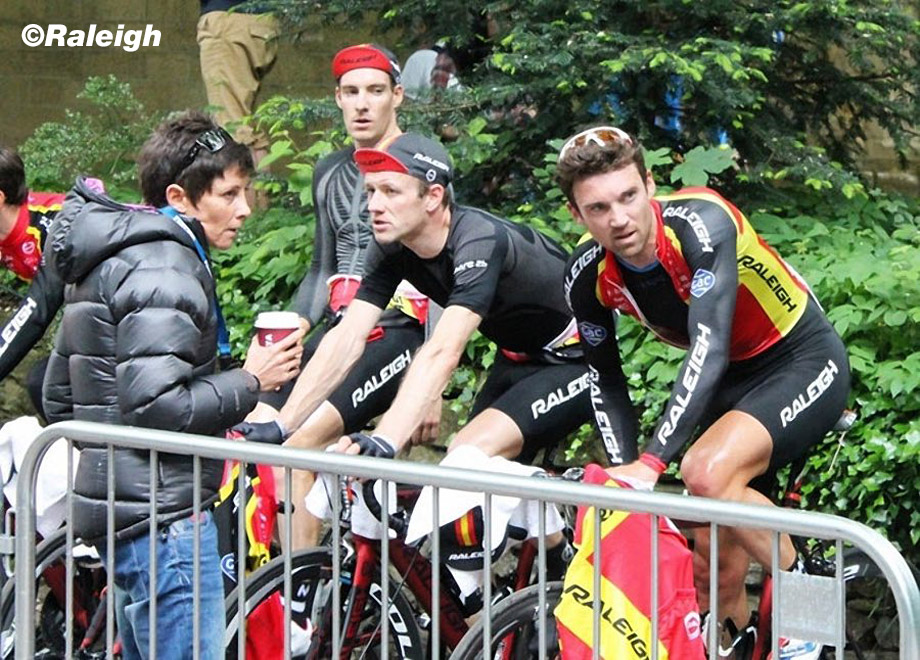 PEZ: Has chauvinism reared its ugly head at any time in your career?
Sometimes but it’s not something I pay attention to, I never let it get to me, if you’re good enough then that’s all that matters. But I do see things changing for the better.

PEZ: And what does Cherie do when she’s not involved with bicycles?
I like to keep fit, I run – and I have four dogs which keep me busy. But the thing is that the job doesn’t really give me much time for anything but bike racing; I eat sleep and breathe it! 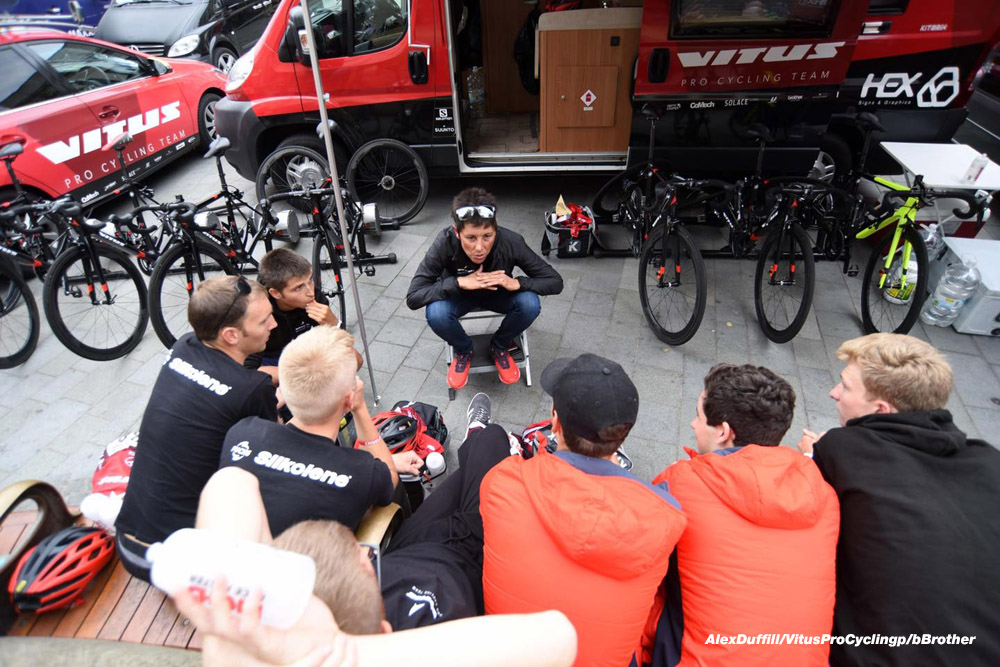 # Good luck from everyone at PEZ. #