Rider Interview: The Tour de France is over for another year, but life goes on and the steady stream of young riders still comes through. The Lotto Soudal team has just announced three stagiaires for the end of the 2016 season and the youngest of those hopefuls is James Callum Shaw. Ed Hood caught up with James recently to hear about his Belgian adventure.

Mark Cavendish’s wins and finally achieves jaune, Sagan and GVA in yellow too, Bert’s crashes; le Tour, it’s like a cycling black hole which sucks up all the other cycling news and vaporizes it – nothing else matters. But there are other things happening in our wonderful sport, like the European National Championships which took place the weekend before Normandie became ‘ground zero’ and we all caught Tour Fever – and I make no apology, I have it too, BAD. 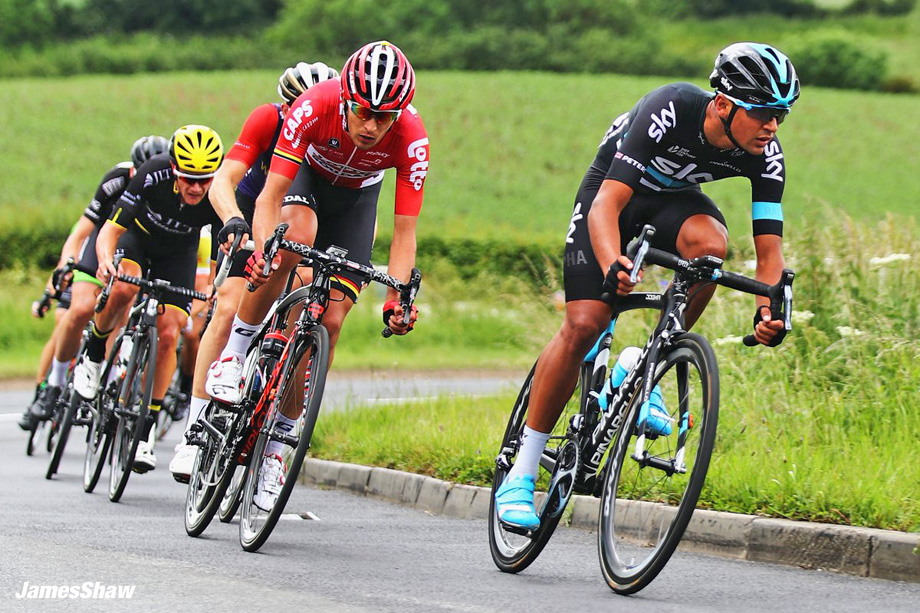 However, a result which caught our eye was that of James Shaw’s third place in the British U23 Road Race Championship behind Axeon Hagens Berman’s, Tao Geoghegan Hart. James first popped up on our radar screens when he won the Junior Kuurne-Brussels-Kuurne in 2014; last year he rode for the U23 Lotto Soudal team – which can be a conduit straight into the World Tour.

This year there he’s still with the Belgian squad and has been achieving strong results, including a top ten in the tough Tour de Normandie, fifth in the U23 Liege-Bastogne-Liege and third in the Flèche Ardennaise. And right after we spoke to James it was announced that he’ll be riding stagiaire with the Lotto Soudal World Tour team from August 1st’

He told Britain’s ‘Cycling Weekly’ magazine; “The team’s U23 manager, Kurt Van de Wouwer told me the opportunity was there if I wanted it and I wasn’t going to turn it down. I don’t know what my program will be as yet. I’ve got a meeting this week to sort out my post-July plans.”

High times we had a word with young Mr. Shaw. 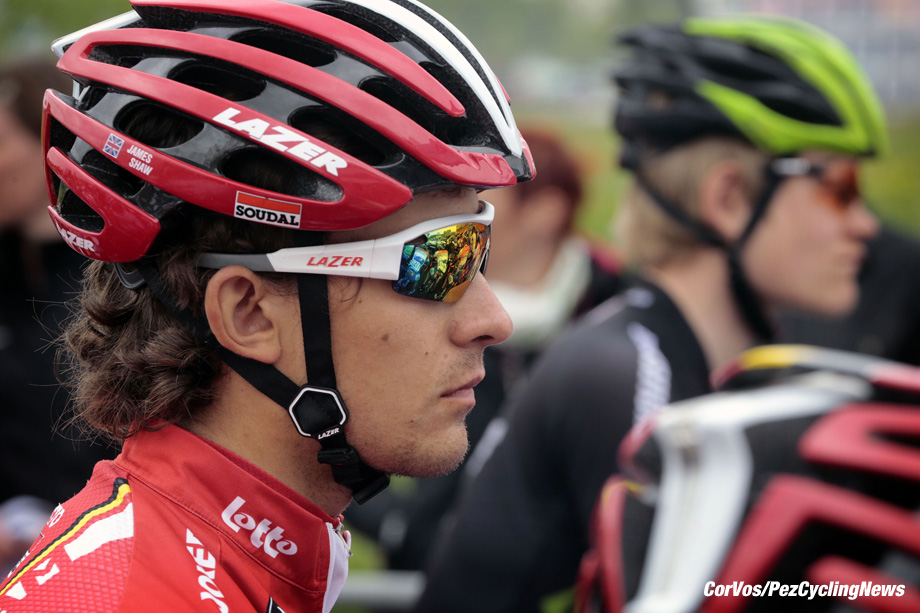 PEZ: Just looking at your palmarés, James – you started a little late, this year, the Ster Van Zwolle in March?
James Shaw: That’s the first UCI race but I actually started in February in Belgium with a couple of InterClub races. They have big fields and they’re tough races – and with the cold at that time of year they can take a lot of you so you have to careful.

PEZ: 10th in Normandie, a nice result – that’s a tough race.
It wasn’t unexpected, I trained hard for that one, I wanted a result to boost my confidence – I always think it’s important to get an early result to get the ball rolling and get on top of your game.

PEZ: Liege-Bastogne-Liege, fifth…
I wanted to do well there and went in with that mindset; it’s a Belgian team on a big Belgian race, it’s important – and next year I’ll be out to do even better there.

PEZ: And third in the Flèche Ardennais.
That’s a good race, similar to Liege, I love those hard, grippy parcours but it’s a tough one, you’re up against some of the best U23 in Europe – and it was warm, 27/28 degrees, which was a bit of a shock to the system after the cold of Belgium in sprint time. 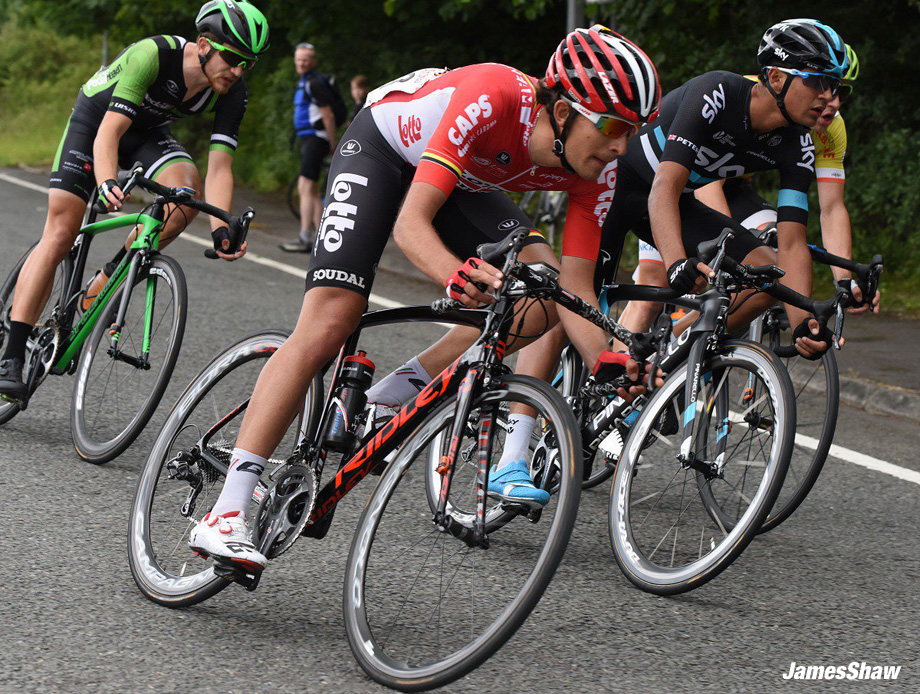 PEZ: You rode the Tour of Slovakia, never an easy race.
That was a bit of a ‘comeback’ race for me after I had a crash – I was doing well in it but then I came off again but fortunately I didn’t do too much damage. It was good preparation for the National Champs with some decent climbs in there.

PEZ: Then third in the U23 National Road Race.
I was pleased with how I performed; it was a weird race, a free for all, every man for himself with no hiding – I was chuffed to get a medal. Some people say that the U23’s should have a separate race but I don’t agree, I like the fact that we’re all in there together with the World Tour guys like Adam Blythe, Cav and Fenn. It’s the best of company and lets you see where you want to be in three, four, five years time. I mean you’re in there with Cav – one of the best sprinters the world has ever seen. 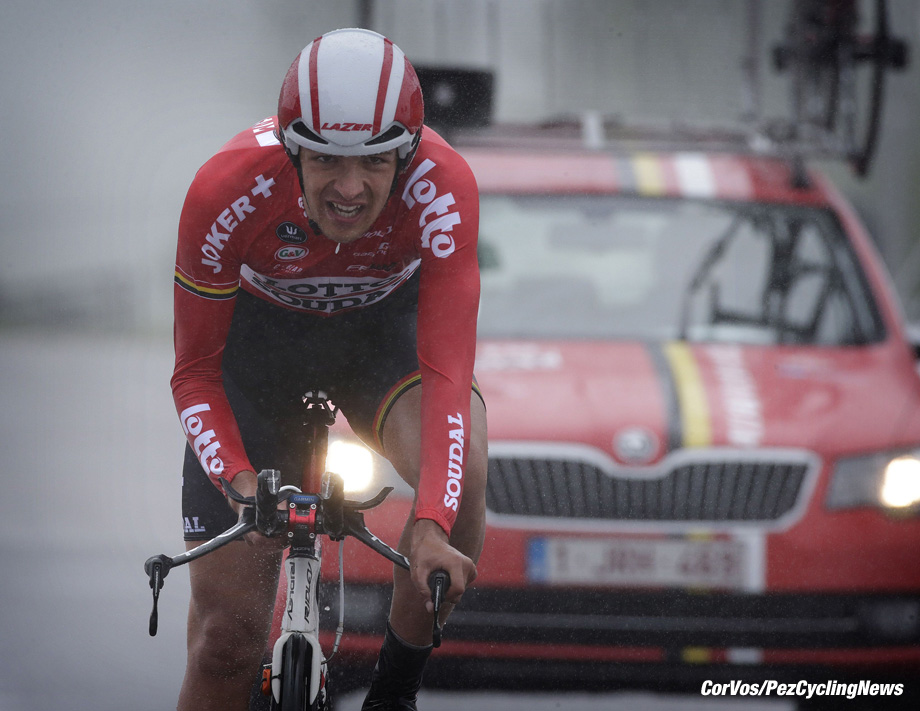 PEZ: You were sixth in the U23 TT Championship, happy with that?
I’m not a natural born TT rider so I try to ride them whenever I can – it’s the only way to learn. It’s not the worst time trial I’ve ridden but it’s not the best, either. It was a good tester for the legs before the road race champs – it let me know where I was.

PEZ: Are you still coached by ‘TrainSharp’?
Yeah, we still work very closely – they drove up from Tunbridge Wells to look after me at the Championships, they were a massive help. My numbers have certainly improved this year, 2015 was always about just getting round and learning whilst this year we’ve been working towards getting results. 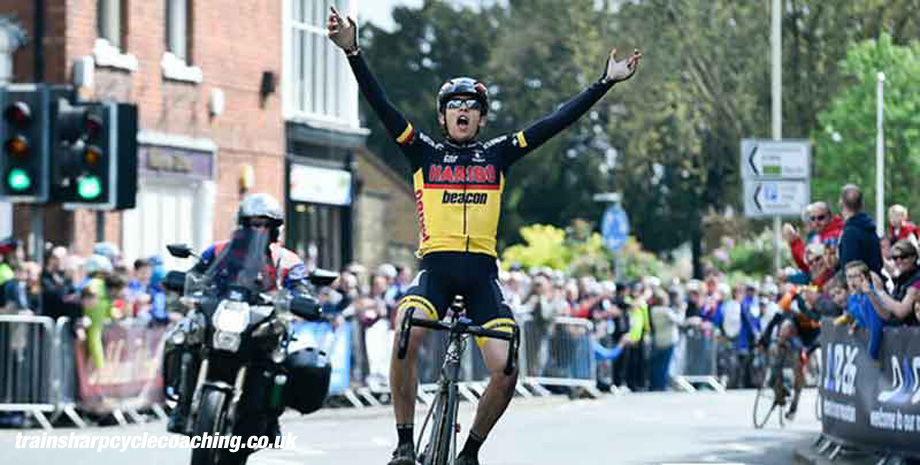 PEZ: The level of stage races you’re riding seems to have stepped up, this year?
I’m riding the same level of race, UCi 2.2 but I’m getting more opportunities to ride them, this year.

PEZ: Does Team GB keep abreast of what you’re doing?
I was with Team GB for the U23 Tour of Flanders and we put Jon Dibben on the podium – so it was a successful day. Having said that, contact with Keith Lambert at Team GB is pretty random, it’s not like we have a regular contact routine.

PEZ: Are you happy with your progress, this year?
I’m massively happy; when I look at 2015 to where I am now – and I’ll be trying to make the same improvement into 2017. But I know that’ll take a lot of effort from me – with the help of TrainSharp. 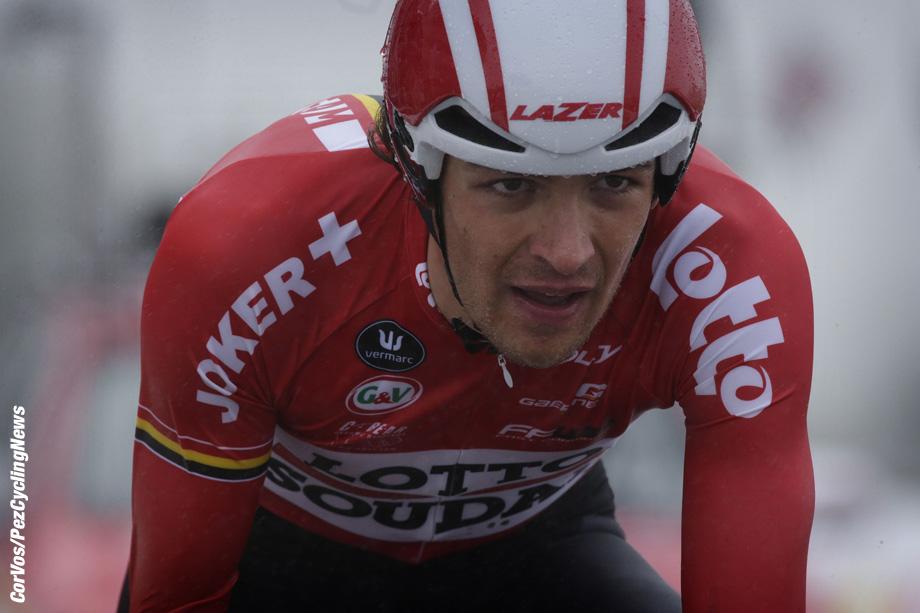 PEZ: What’s next on the agenda?
We have the U23 Het Nieuwsblad (where James would finish 37th) it’s part of the Belgian ‘Top Competition’ where we’re leading the team competition and I’m third in the individual. We also have a team time trial at the weekend (which Lotto won, ed). Lotto are sponsoring that one so we’ll be trying to do well.

PEZ: What will make you happy with season 2016?
I didn’t begin the year with a ‘this is what I want to achieve’ type mentality, it was more that I wanted to capitalize on 2015 and to build and learn; if I do that then I’ll be happy.

James has been helped to race in Europe by the Dave Rayner Fund, read about the fund HERE. 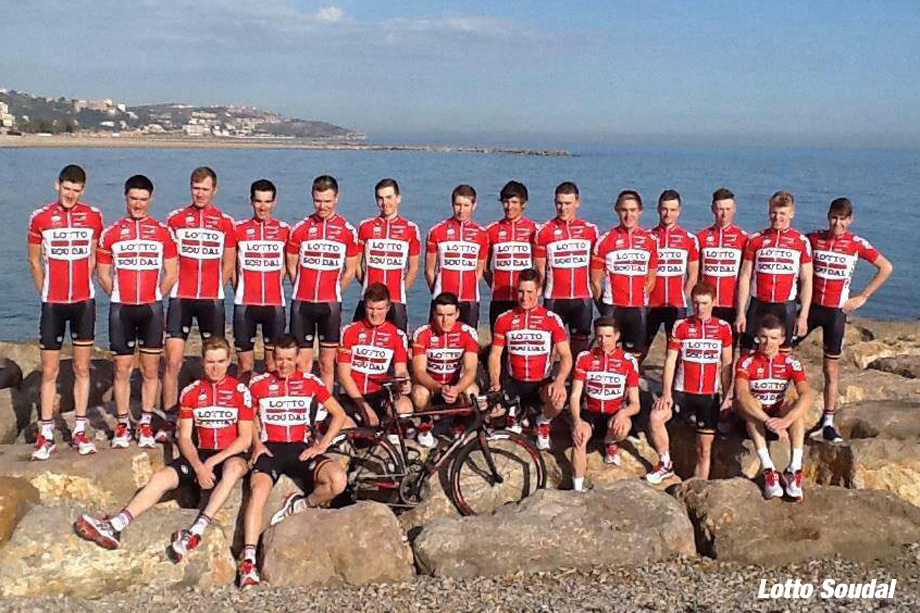