By Edmond Hood On Aug 21, 2020
Share
Like PEZ? Why not subscribe to our weekly newsletter to receive updates and reminders on what's cool in road cycling?

Rider Interview: So how far could you ride in 12 hours? How about 325.5 miles, or 523.84 kilometres. Triathlete, Joe Skipper left his running shoes and swim suit at home and took on the British 12 Hour record. Joe spoke to Ed Hood after his phenomenal ride. 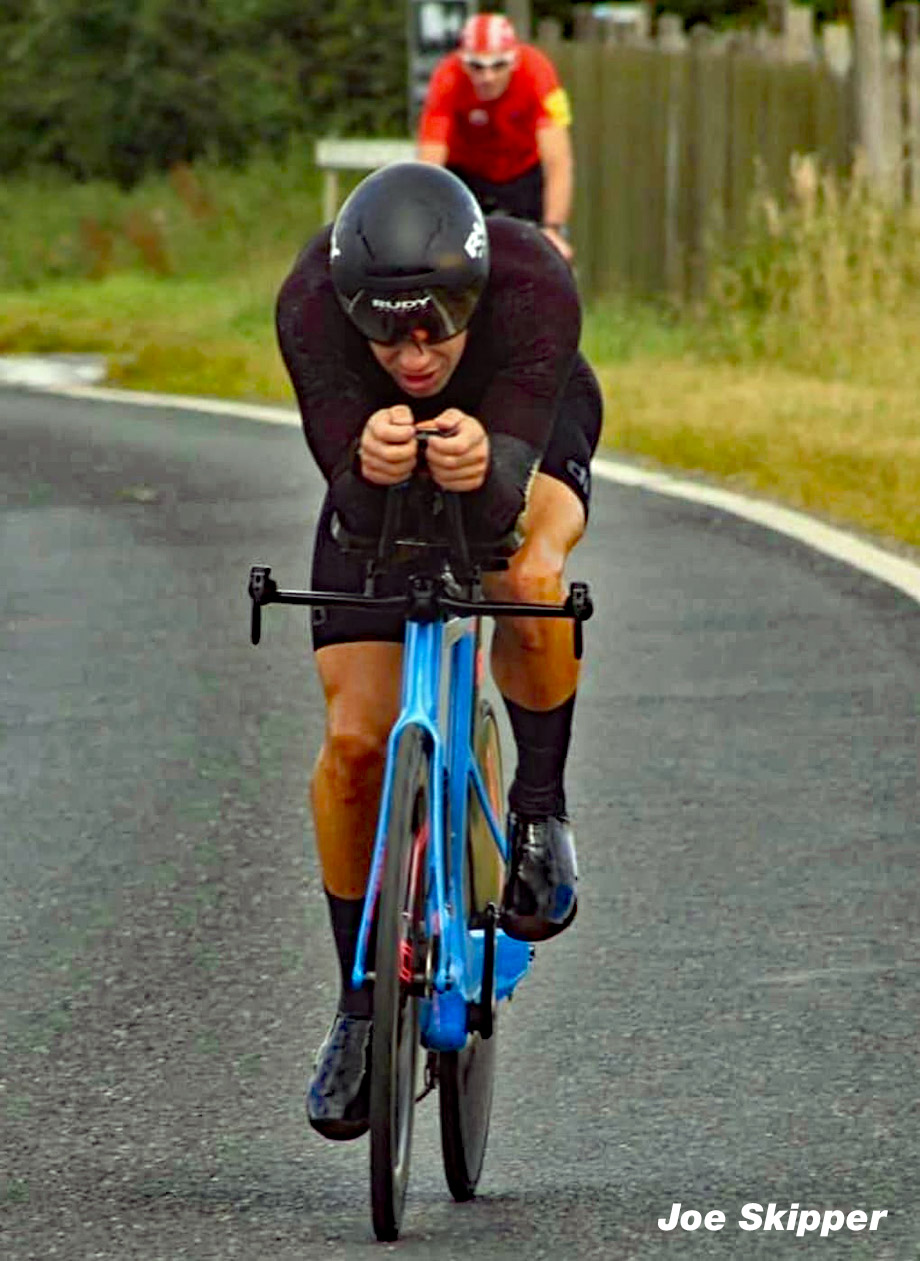 The 12 hour time trial, it’s a ‘British kinda thing. You ride alone and unpaced for around 200 miles then go onto a finishing circuit which you lap until your time is up, the guy who goes furthest in 12 hours wins – simple.

When I first got into cycling in 1971, the 12 hour record stood at 281 miles, set by Clifton strongman John Watson in 1969, that stood for 10 years until Pete Wells (Edgware RC) – until then better known as a short distance time trial man – added five miles to it.

Enter professional triathlete, Joe Skipper – making up for the disappointment of ‘turning short’ and being DNF in last year’s British 12 hour championship – with the first 27 mph 12 hour time trial, covering 325.5 miles in the CC Breckland event in Norfolk. Here’s what Joe had to say to PEZ after his historic ride.

PEZ: Congratulations Joe, now tell us about yourself, your age, from where, and are you a full time tri pro?
Joe Skipper: I’m 32 years old and based in Norwich. And yes, I am a full time professional triathlete. I’ve been competing in triathlons as a professional since 2012.

PEZ: Is the tri scene still burgeoning?
Yeah, the Tri scene is booming, races are quite often full up a long time in advance and are at capacity. Also in regards to the pro scene every year the races are getting more and more competitive and with the PTO now coming on board and putting a lot more money into races and paying the pros end of year bonuses it’s definitely heading in the right direction. 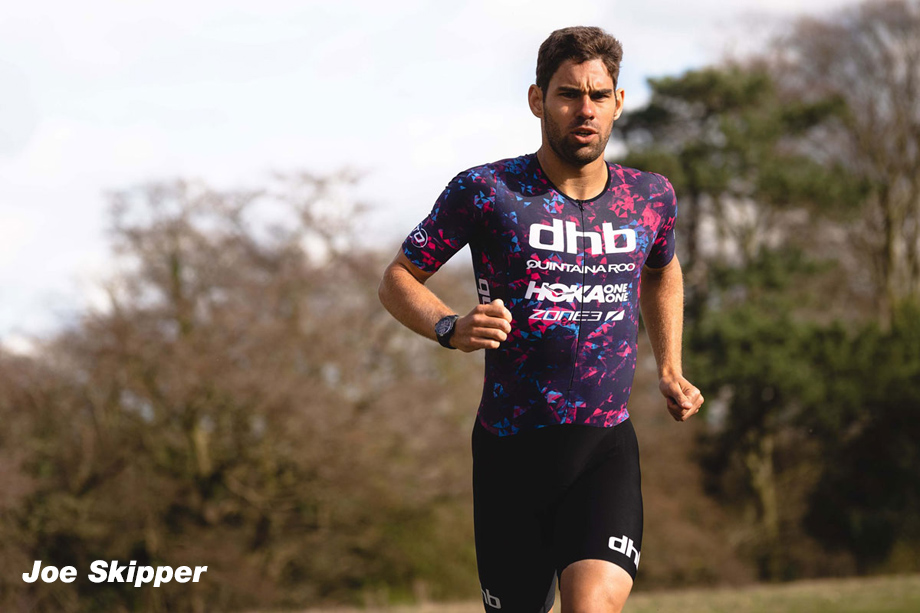 PEZ: Is the bike your strongest discipline in tri?
It’s a close one in an Ironman, I would say I’m normally one of the strongest cyclists at an Ironman event but I’ve probably had more ‘fastest run’ splits than I have ‘fastest bike’ splits.

PEZ: What tempted you to tackle a ‘12’?
I did the National 12 hour time trial champs last year as it was only 20 minutes away from where I live. I was actually inured last year and hadn’t been running, I needed something to motivate me so entered it on a bit of a whim. I ended up winning but was later DQ-ed for taking a wrong turn so I kind of had unfinished business at the race. Then this year with the current situation with COVID-19 and no triathlons happening at the moment I thought I might as well give it another go and the fact is that I really wanted to do a race.

PEZ: How did you adapt your training for the ‘12’?
I didn’t actually adapt my training at all, I literally just rocked up and had a go. However, with my experience from last year and seeing how that went and from my experience this year I think if you really wanted to do well in the ‘12’ you would want to do two longer rides a week of around four to five hours, one of them with some hard intervals and tempo efforts in it, the second ride could be steady – plus another ride of around three hours which is just steady, a hard VO2max/threshold session, some steady rides and then what would be really critical would be two gym sessions, I think not being able to hit the gym in preparation for this race definitely cost me. 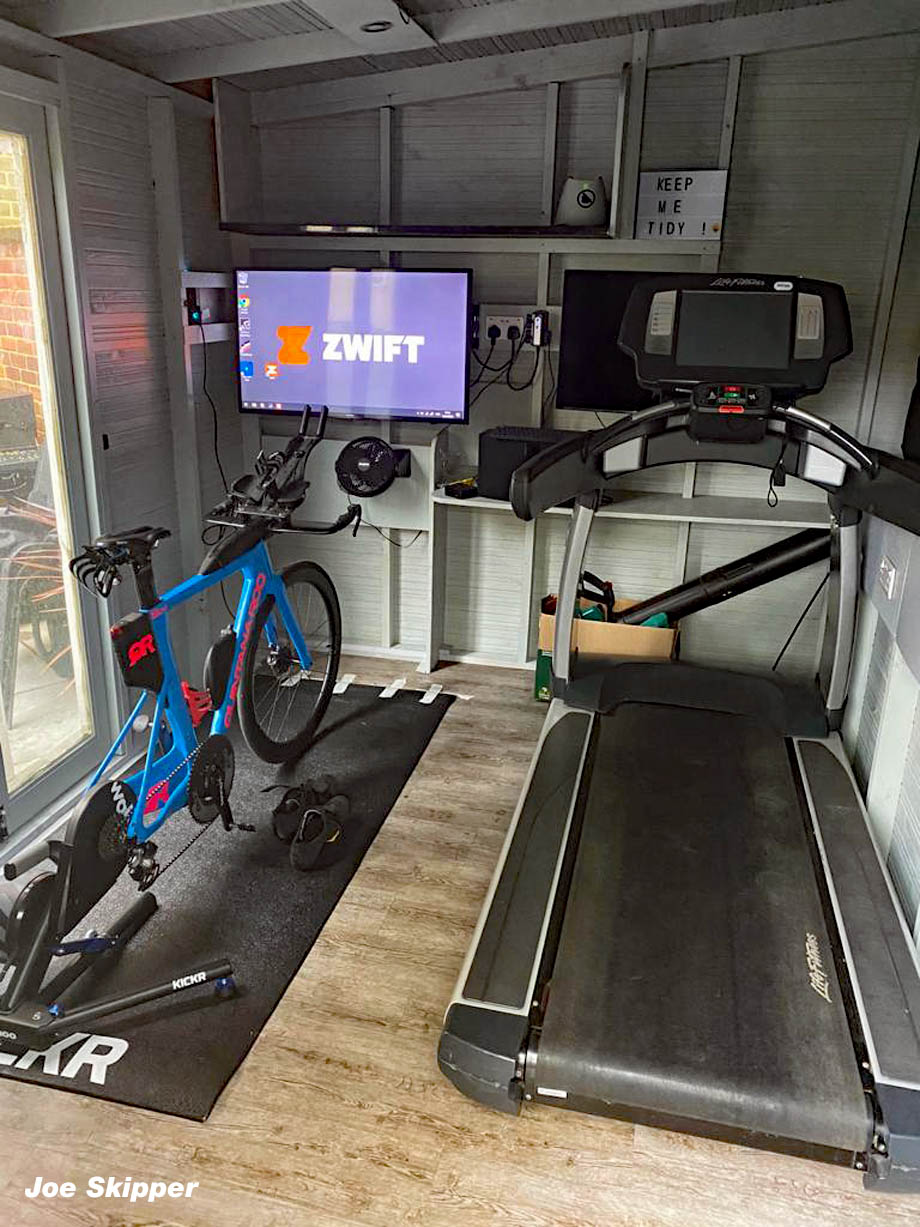 PEZ: Tell us about your fuelling.
For my fuelling I went through one bottle of gels which had 15 in, another which had 12 in and then probably about three quarters from another one. I also had about six to eight bottles of energy drink, one of Coke, and four or five bottles of water. 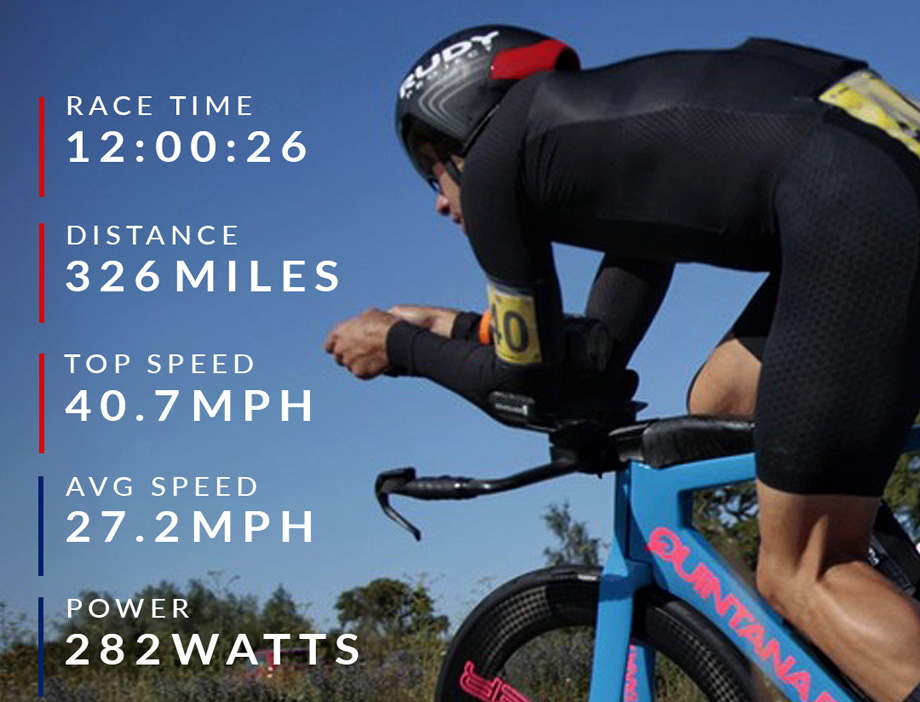 PEZ: Tell us about your bike and that ‘tri position’.
My bike is a Quintana Roo PR6 disc, I had a revolver Mono bar on it, a 60 tooth Drag2zero chain ring, and a Revolver disc wheel and TRI spoke which felt amazing. The position I’ve got on the bike has me with slightly higher hands so a bit of a praying mantis position. I find it’s pretty fast but it’s also very comfortable and I can stay on the Tri bars for the whole 12 hours. 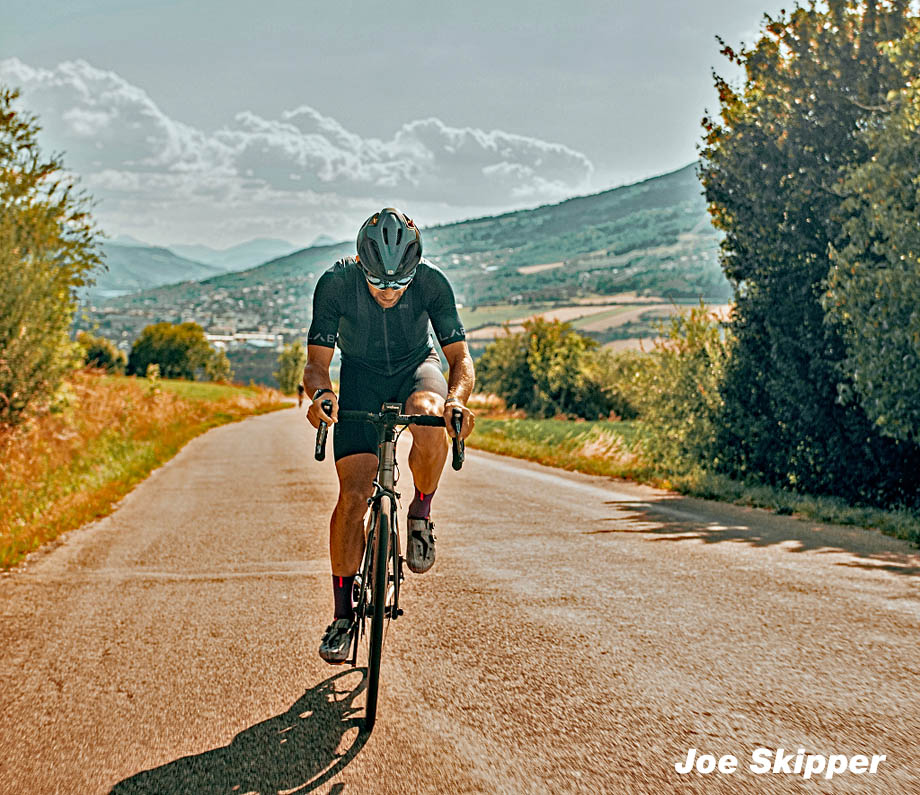 PEZ: Did you ride to a schedule?
I started off harder which was kind of the plan as I knew it would be slower at the start of the day due to less traffic, so I thought I could make some good time up early on. However I went a bit too hard with my average power being around 300w for the first 4 hours 30 of the ride. 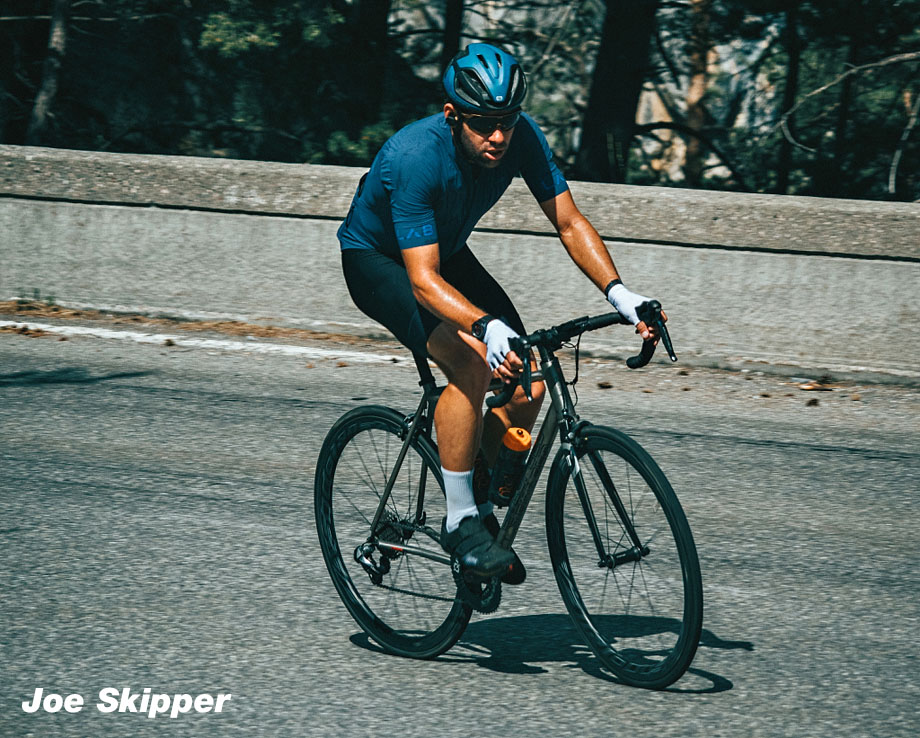 PEZ: Any ‘bad patches’?
I had lots of bad patches, the first one was when we switched to the second circuit and I ended up not having any drink for around 50 minutes. This took a lot out of me and I seriously wondered whether or not I would be able to finish the event after this. I went through a good patch again after around 7h30, and at that point I kept switching between a good patch and a bad patch. I think the 12 hour is extremely challenging mentally and I don’t think it’s possible to do an event like this without having a bad patch. Luckily for me my experience in Ironman racing really helped as even in my best races I’ve had bad patches, the trick is expecting them to come and telling yourself you’ll feel good in a little while. Overcoming your demons is what makes these endurance events so addictive, at the time you are hating life but afterwards your amazed at what you managed to, and how you managed to get through it. 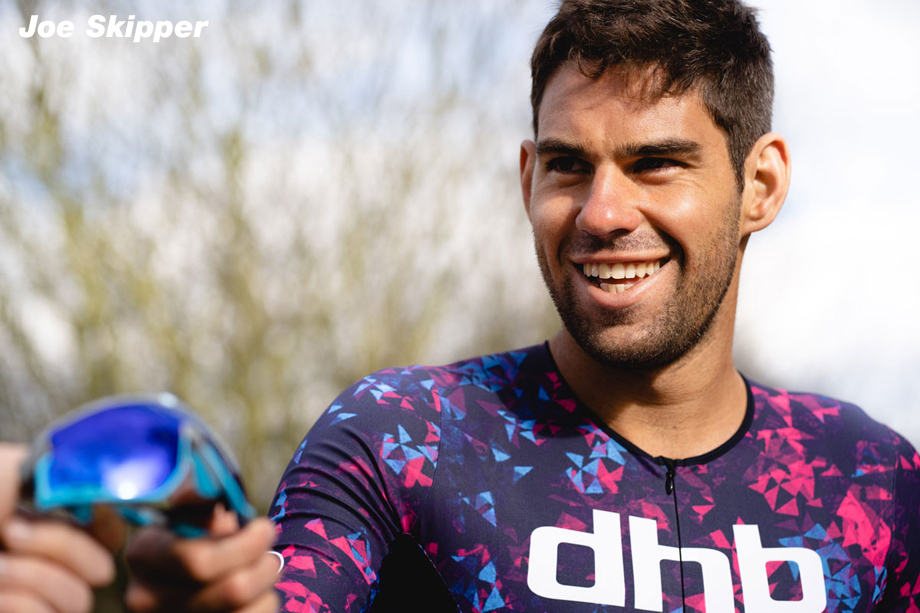 PEZ: Is a Best British All Rounder season-long time trial competition bid on your agenda?
I don’t think the BBAR is on this year. It’s not something I’ve really thought about to be honest I just like challenging myself in endurance races and the 12 hour ticked the box. My main focus is on the Ironman triathlons so will be looking to target them when they start up again.

PEZ: When’s the next tri?
That’s a great question and I wish I had an answer for you. There are some races in September at the moment but I think they are just provisional as it depends on whether or not we get a spike in COVID cases as that could quickly stop them from happening. I was actually supposed to be racing a big triathlon on the 15th August in the Alps, I went out there in mid-July to do some training in the mountains and on the course however a few days after I got back the race got cancelled. At least it set me up for the 12!

PEZ: What’s still on the Joe Skipper ‘to do’ list?
To win the Kona World Championships! 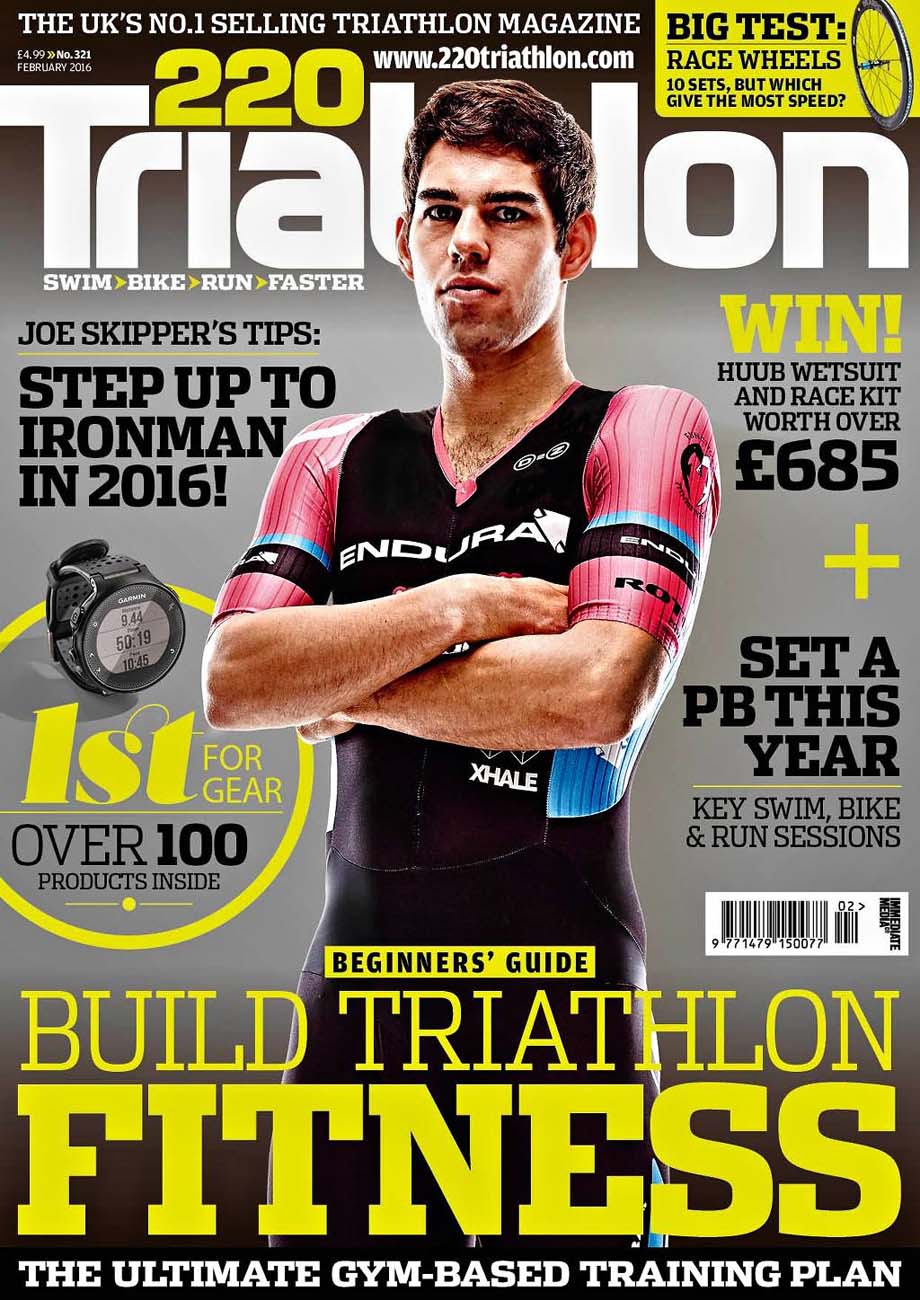 # With thanks and congratulations again to Joe on a stunning ride, 27 mph for 12 hours; some 44 miles further than Olympian, John Watson rode in 1969 – staggering. #