No ‘6 Days’ action this year, but there is still some cyclo-cross. Ed Hood has gone back to Britain in the 60s and 70s to talk to multi-champion John Atkins. Life was different in those days and the cyclo-cross racing was hard, there was no carbon and electric gears back then! 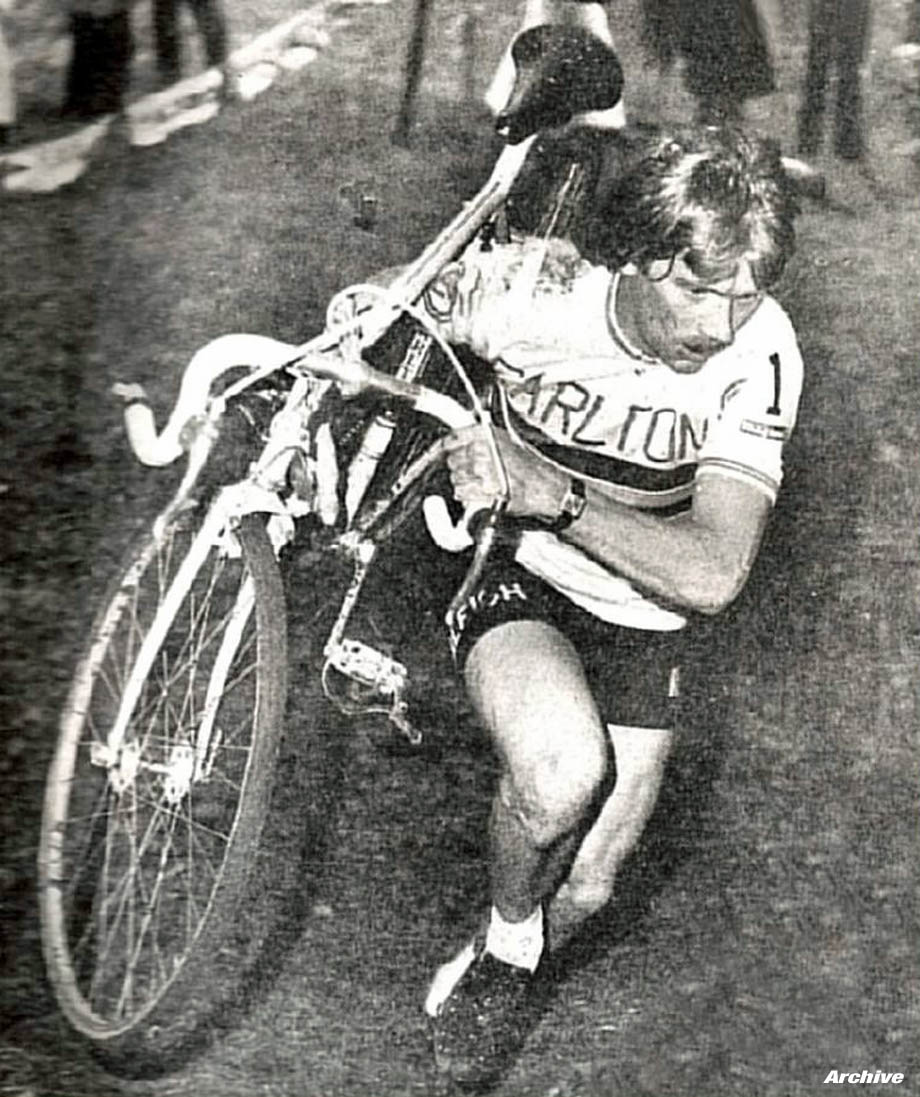 Now that the strange 2020 road season is over, we can concentrate fully on what the autumn and winter are really all about – cyclo-cross. And the only sand we should be thinking about is that in the dunes at Koksijde. As the ‘cross season is getting into full flow, PEZ spoke to Great Britain’s greatest ever cyclo-cross rider; 13 times a British champion and still the nation’s best ever finisher in the Worlds (other than juniors and ladies) – and at a time when ‘cross gods, the de Vlaeminck brothers were at their zenith.

John Atkins is the man; he lives quietly in retirement in Wales, doesn’t ‘do the internet’ and isn’t a man for the ‘stats.’ He was surprised we wanted to speak to him but gave freely of his time and anecdotes. Here’s what John had to say to PEZ:

PEZ: Why ‘cross, John?
John Atkins: I followed in father’s footsteps; my dad rode the first cyclo-cross National back in ’54 (won by Olympic medallist Alan Jackson, ed.) and was in the team which won – Coventry, but he was their fourth man so didn’t get a medal! I was 12 years-old at the time and it just followed on from there. . . 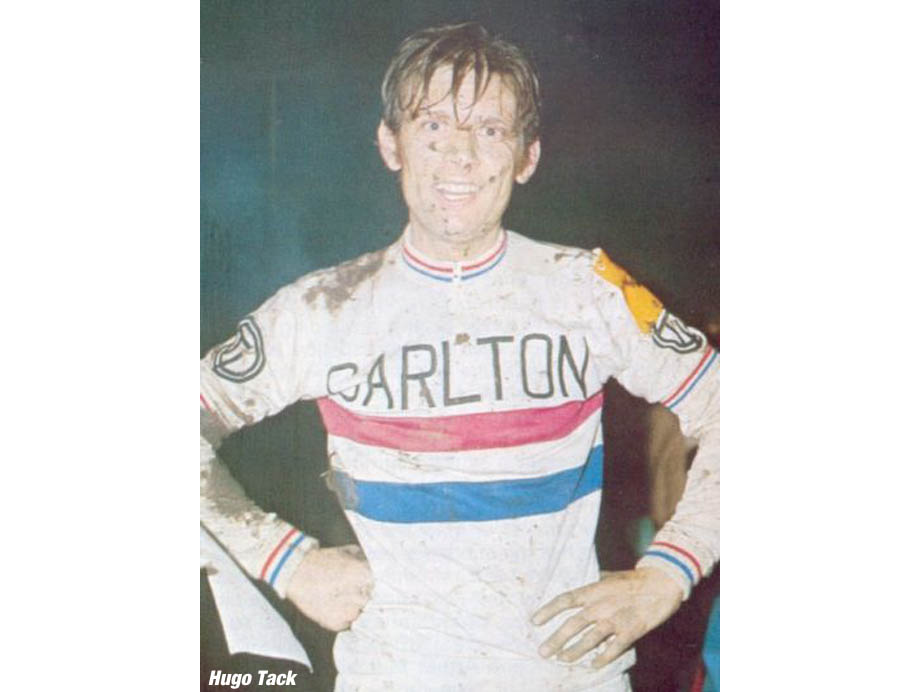 PEZ: How many seasons did you compete and how did you manage to maintain motivation?
I had 20 serious seasons from 1959 to 1979; one of the big reasons I could maintain my enthusiasm was that I always had good training partners. In Coventry we had Tuesday and Thursday bashes with riders like Chris Dodd and Daryl Brassington – and it was always such good fun. 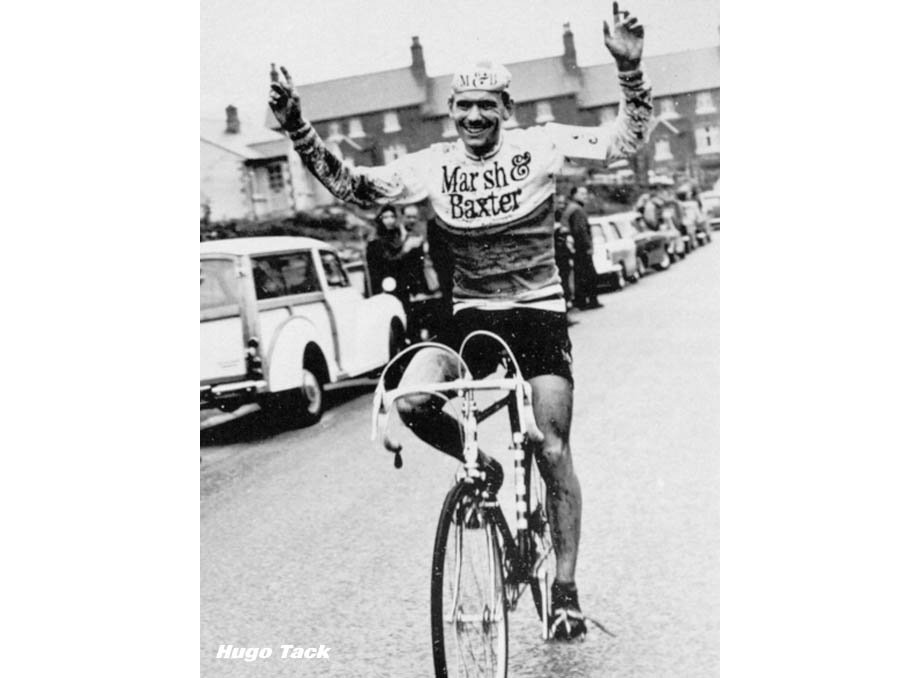 PEZ: Give us your ‘stats’ please, John.
I’ve no records of wins/podiums but my wins must run to hundreds and I’m told that I once won 26 ‘crosses in one season. I just took at is it came, I don’t have any of my medals left, I gave them all away – usually to Belgian folks who provided us with accommodation when we’re racing over there. They loved them!

PEZ: What were your best Euro results?
I won the Gran Prix of Rotterdam in ’67, I had a win in France in ’70 and I had a second to Albert Van Damme in Belgium with Robert Vermeire third (Van Damme was a prolific winner of major ‘crosses including the Belgian and World Professional Championships whilst Vermeire was a multiple Belgian and World Amateur Champion, ed.). One fact that I’m proud of is that on three occasions I beat the ‘world champion to be’ as the championships approached, Rene De Clerq, Robert Vermeire and Klaus Peter Thaler – who I actually defeated the week before he won the Worlds. 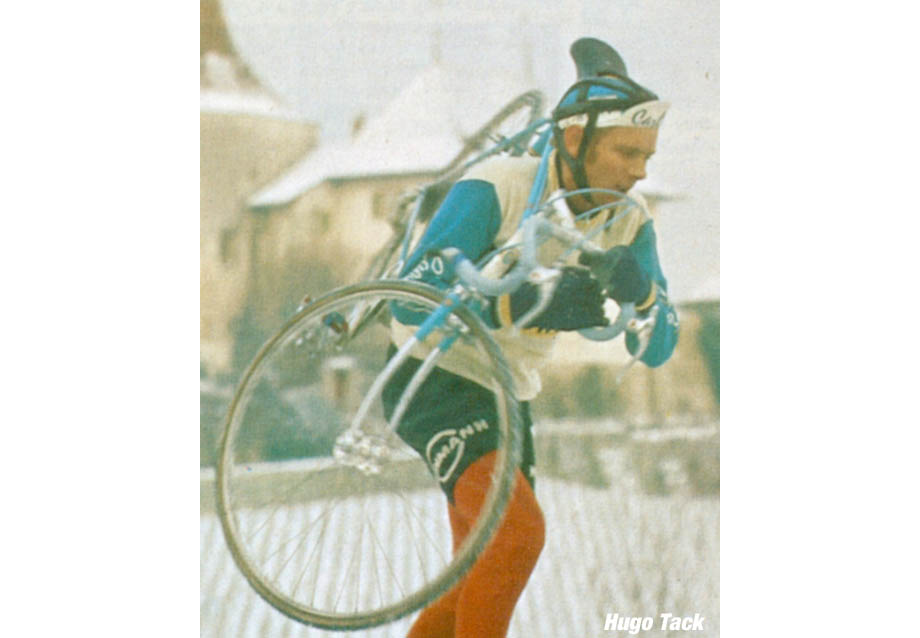 At the World championships in Erlach, Suisse 1970

PEZ: And you still have the best ever finishes for a British rider in the Worlds at Amateur and Professional levels?
I believe so; I was fifth in Luxembourg as an amateur in 1968 and twice seventh as a pro – in London and in Zolder.

PEZ: Tell us about your equipment, please.
Mostly I raced on Reynolds 531 tubing; but in my last year Harry Quinn built me a 753 frame – that was the best bike I ever had. Despite being professional you didn’t always have the best equipment; when I rode for Carlton for example I had to ride Huret gears and they weren’t the best – then, as now, the best gears were Campagnolo. I don’t think wheels have moved on that much since my day; we were on light alloy rims and the Clement Griffo tubulars we rode were comparable to today’s tires. I rode a single ring with chain guards which I made myself by grinding down two 52 tooth chainrings. 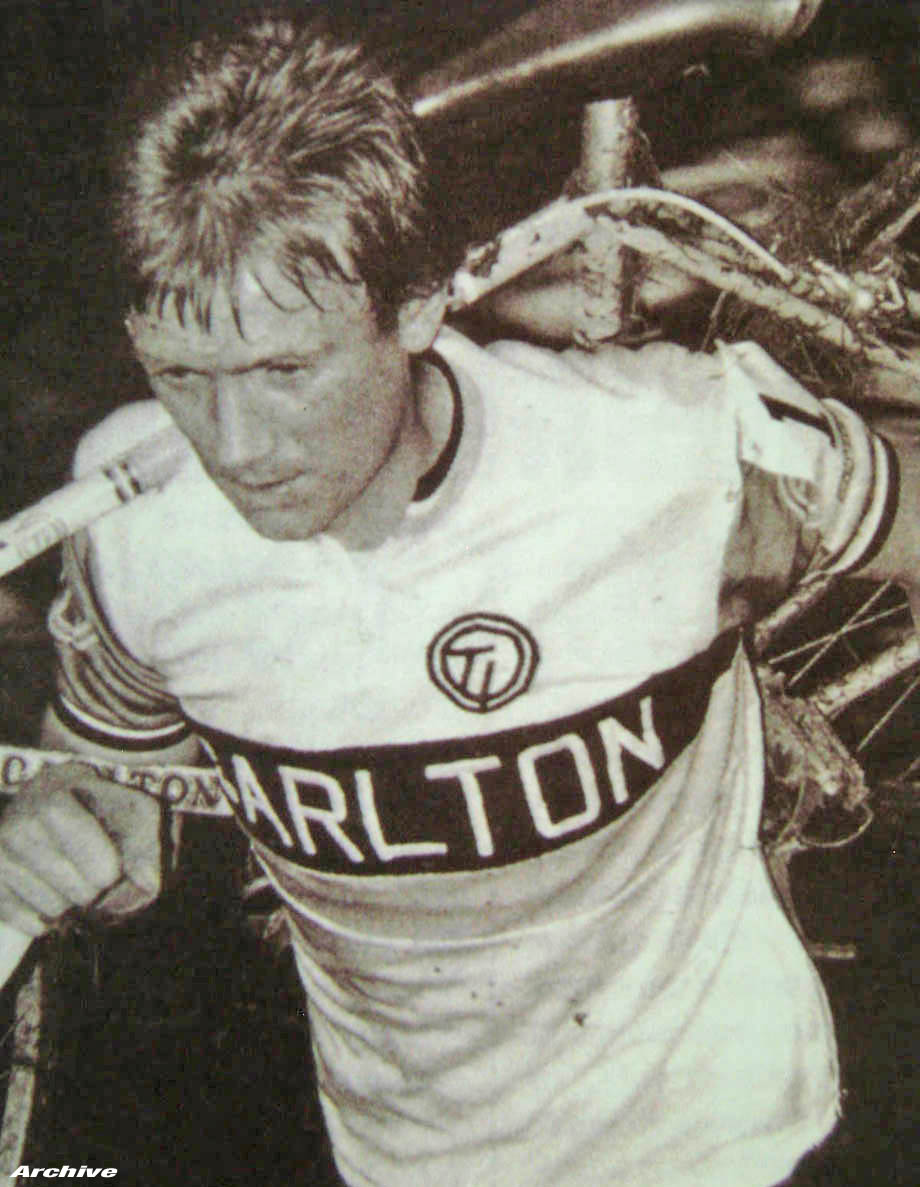 John Atkins, not too keen on running

PEZ: What was your favorite parcours?
Hilly but with not too much running and I could never see the point of running on the flat – I always tried to stay on the bike. I wasn’t a great runner but on short, steep banks I could live with the best of them. If there was a lot of running then Barry Davies was hard to beat because he’d been a runner.

PEZ: During your pro years were you full time?
No, I turned professional in 1968 and rode for 11 years but I always had another job – everyone at that time was in the same boat. 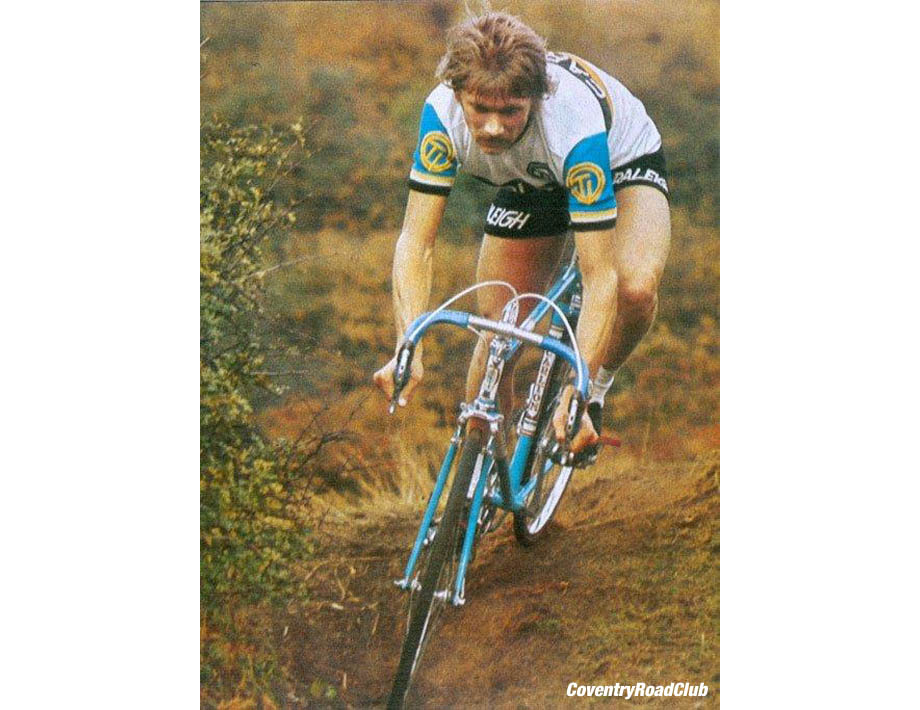 PEZ: And you rode Paris-Nice.
Yes, and was 69th and last; three-and-a-half hours down on Eddy Merckx! I did that one season on the road but I wasn’t up to it; they wanted me working on the front but instead I’d be hanging on at the back – but I could get up the hills not too bad.

PEZ: Who gave you the toughest opposition in the UK?
Keith Mernickle. Keith had a long career, he started a year after me but continued longer than I did. And Chris Wreghitt when he came along I realized my ‘sell by’ had arrived – I was 36 by then and I only wanted to compete at national level if I had a chance of winning. 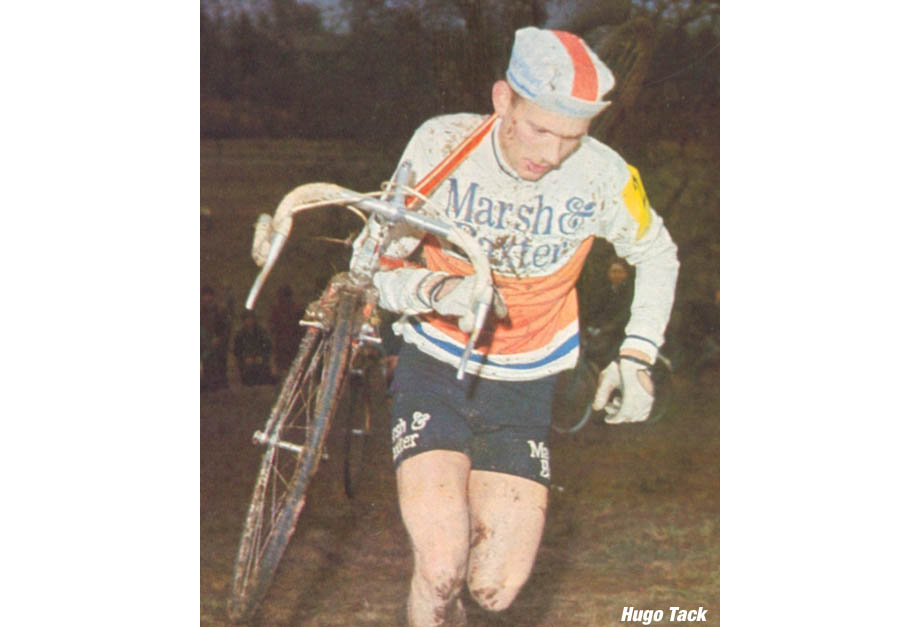 PEZ: And at world level?
Eric de Vlaeminck, he was the Eddy Merckx of cyclo-cross. When the Worlds were in London there was a bank which none of us could ride up, no matter what we tried – he just soared up it on the bike. Albeit, maybe he had some chemical help. . .

PEZ: Do you still follow the sport?
Oh yes, my son and grandson race; I was at the Nationals in Abergavenny. My son was third in the vets’ race – Nick Craig is hard to beat. I watched the Milton Keynes World Cup race where Ian Field rode really well and I enjoyed the Worlds; especially the ladies’ – I thought Nikki Harris rode a great race. 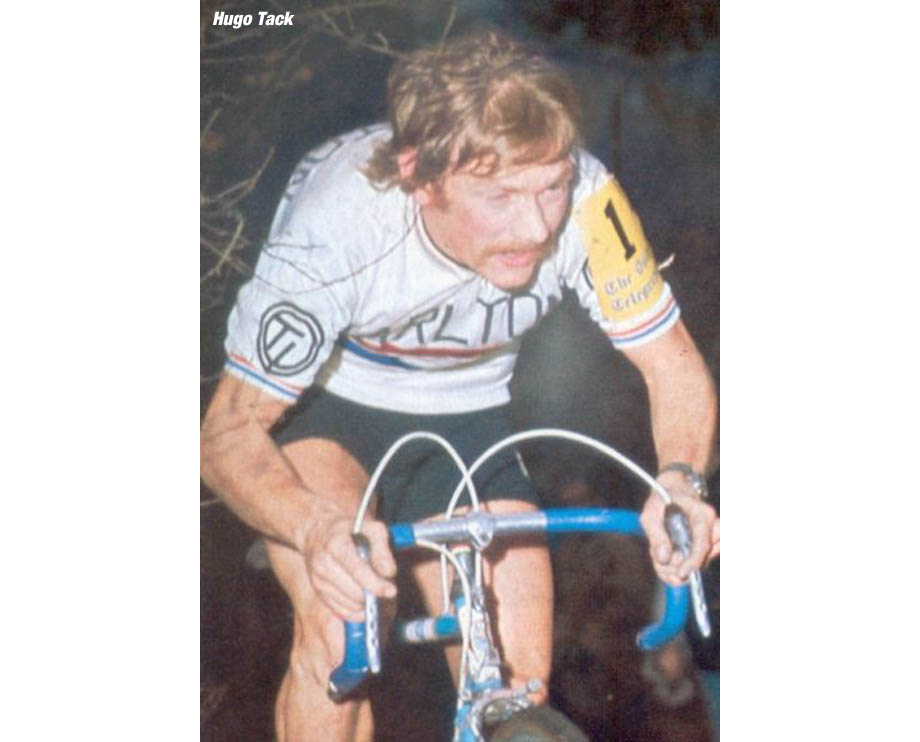 In the National champs jersey

PEZ: Do you still get out on the bike?
Yes, I do about 100 miles per week into Snowdonia from here in Barmouth – but I usually only do one big climb; three miles is enough climbing for me, these days! 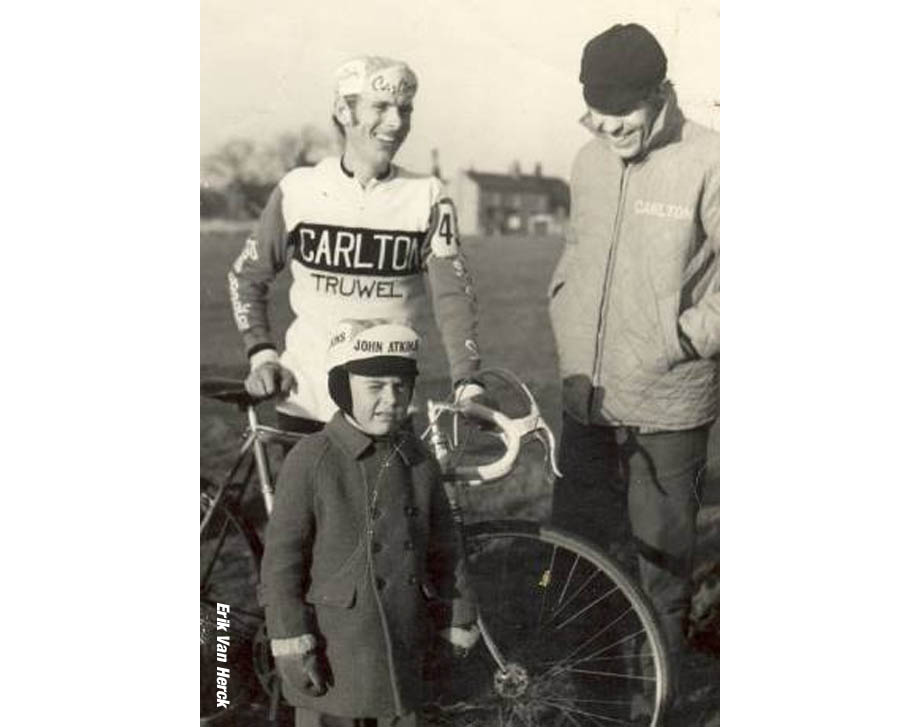 PEZ: Regrets?
No! Under the circumstances I couldn’t have done things much differently – I didn’t want to live abroad. . . 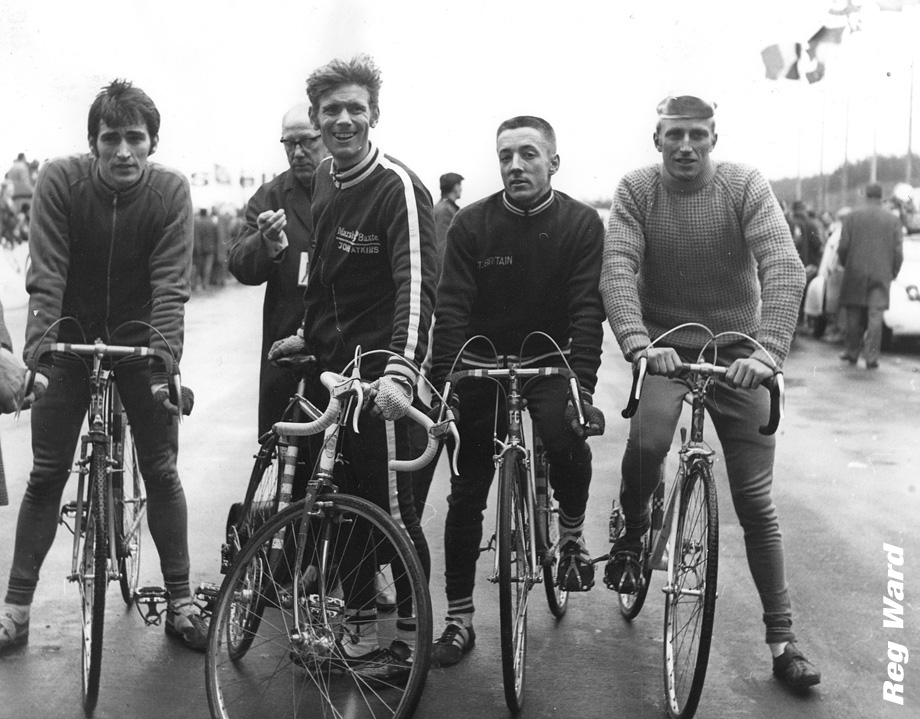