John Lieswyn is a man on the move in a lot of different ways. The soon to be retired stalwart of the US racing scene has been reached on the PEZ phone as he’s packing up his belongings, not only to go to Madrid to represent the United States at the World Championships, but he’s also moving to New Zealand!

PEZ: You going to race anymore then, John?

JL: Yeah, just for fun though.

JL: On paper it’s to work for Freddy, but things aren’t firm and, of course, can change. I might have to burn it all in the first 200km, I may be called upon to do that, but I’d hope to be involved in the end of the race, not just being water boy all day, or bring Fred back if he has a problem. 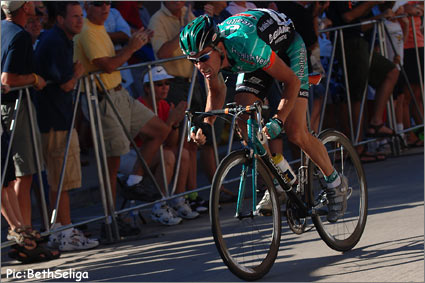 Lieswyn has had an amazing late season 2005 – 2nd at San Francisco, race animator at USPro Crit, and winner of the Carolina Cup.

I’m a little apprehensive about the distance, and this kind of concerns me the most: Here I am spending my own money to go to the World’s, but in a lottery race like this, it could be over in the first 5k!

PEZ: Some other riders, most notably Mario Aerts, have really bagged on the course, saying it’s crazy, could be really dangerous. Thoughts?

JL: It’s long. I thought in the fight against doping that part of the strategy would be to lessen the distances. Again, it’s going to be a lottery.

PEZ: How do you feel about the composition of the US team?

JL: On paper there are stronger riders than myself, but as is common for an October race, some riders decline their spot, and for that I am thankful for the opportunity. From that standpoint we could have a stronger team, but we have a pretty good squad. 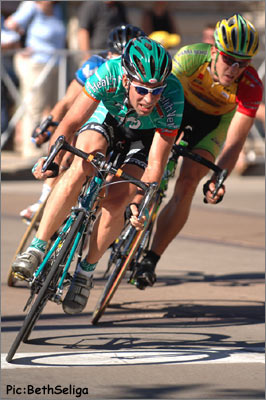 JL: Uh, no. In an American race I could pick the contenders, but other than the buzz guys (Petacchi, McEwen) I wouldn’t know who the players really are.

So out heads John, off to slug it out for the Stars and Stripes, and then off to greener pastures in New Zealand. We thank him for all he’s done for US cycling, the honor and integrity he brought to the peloton during his stint, and wish him nothing but the very best for the future!