For every top rider that we read about there are at least ten other riders trying their best to get a result, make some money, and live the dream. Josй Antonio Carrasco is one of them, he is Spanish, but he would be in the same position in Belgium, Holland, Italy, France or just about any country in the world. Here are his thoughts on his first season with the Pros.

Josй Antonio rode for Andalucia-Caja Sur, it’s not a ProTour team, but they ride all the races in Spain and venture further afield when they can, they are not a rich team, but they try their best with what they have. Josй Antonio was a top Spanish rider with the amateurs (or what ever you want to call them these days); he was track champion of Madrid and had many wins on the road, which was at a lower level, so how has it been for him with the Professionals in 2008?

PEZ: This has been your first year with Andalucia-Caja Sur, was it a big step-up?
Josй Antonio Carrasco: At the beginning of the season I wouldn’t say it was a challenge, I would say it worried for me thinking if I could adapt to the higher category. But well, little by little everything was improving and by the summer I had good results and rode La Vuelta and well, it was very good. 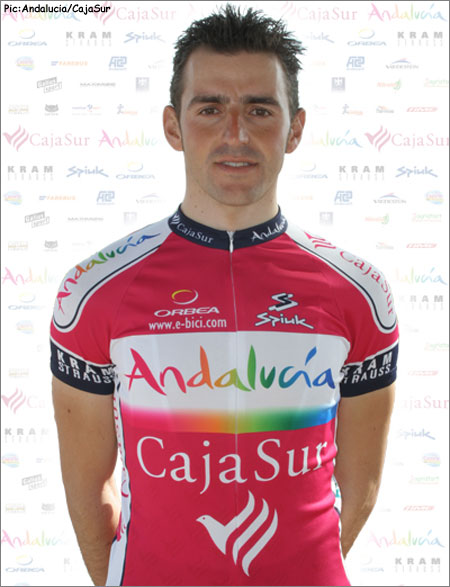 PEZ: You finished 65th at this year’s La Vuelta, did you have a plan and were you pleased with that position?
Josй Antonio: Yes I finished 65th, but it wasn’t that I was looking for a good final qualification, I tried to be with the sprinters a bit and to get in the escapes, although it is difficult to get away alone without a team, so it’s all up in the air ha ha. The result is a little sweet and sour as things were against me and as a result I couldn’t do my work as I would have liked.

PEZ: You had Jesus Rosendo Prado in the climber’s jersey for the first six stages in La Vuelta, was that hard for the team to defend?
Josй Antonio: No, Jesus was strong and also one of the team was always in some of the escapes, so we took points, although we knew when the race got to the Pyrenees it would be difficult to maintain this position, but the important thing was to be on the podium and appear in the media for some days. 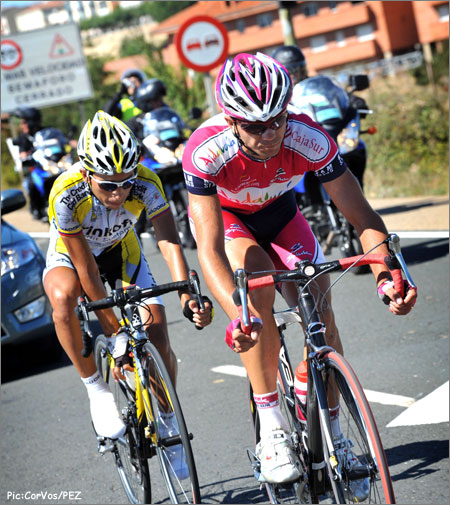 PEZ: L’Angliru, Fuentes de Invierno or Navacerrada, which was harder? Did you need a push?
Josй Antonio: The hardest was L’Angrilu, it is a very hard mountain pass, and the last 6 kilometers go on for ever. Yes! Some pushes were needed ha ha. Some relatives and friends were well situated ha ha ha.

PEZ: What is your best and worst memory of La Vuelta?
Josй Antonio: The worst was when I fell in Granada. The rear wheel slipped and I couldn’t control the bike and the best moment was the two days that we rode through Guadarrama, my town. All my people were cheering, it was wonderful.

PEZ: Your best result of this year must be winning the Special Sprints prize in the G.P. Miguel Indurain, do you think of yourself as a sprinter?
Josй Antonio: Yes with 5th in the G.P. Getxo, 12th in the championship of Spain. Well about being a sprinter, I’m quite a fast rider and I can climb the medium mountains well. With the amateurs I won many races in sprints, but with the Pro’s its more difficult because I think I need more speed.

PEZ: You have been a champion on the track, which do you prefer track or road?
Josй Antonio: I like the track very much, but in Spain if you are not on the National team there is not much future, so these days I choose the road.

PEZ: Do you have a contract for next year?
Josй Antonio: I am in conversations for the next season and in the next few days I hope to close the deal on re-signing. 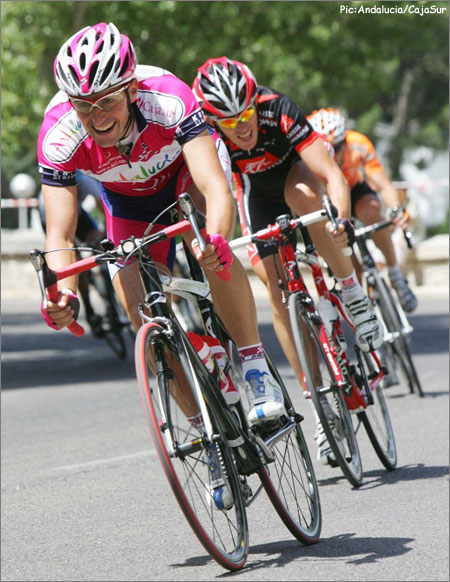 PEZ: Which races would you like to ride and win?
Josй Antonio: I would like to ride the “Classics” but at Andalucia-Caja Sur they don’t ride them. Win?? Any race, you always like to win, the World Championship wouldn’t be bad!!! Ha ha ha.

PEZ: Your favorite race?
Josй Antonio: From the races I have ridden: La Vuelta and the GP Miguel Indurain. And the ones I like the most are Milan-San Remo and Liege.

PEZ: What are you strengths and weaknesses?
Josй Antonio: My best is my Speedy and my worst is the high mountains, but I hope to improve in that area.

PEZ: Which riders have impressed you the most?
Josй Antonio: I don’t know… Valverde for the easiness for him to win.

PEZ: What is your favorite food and drink?
Josй Antonio: Water and Coca Cola and some good fried eggs and chips (French Fries) although it’s not recommended for keeping your figure ha ha ha.

PEZ: Where is your holiday destination of choice? I hear you have been to Ireland?
Josй Antonio: I would like to go to Bora Bora and the Seychelles. Yes I’ve been to Ireland more than once, it’s a beautiful country, and I very much liked Dublin, Ring of Kerry, the Wicklow Mountains and the Giants Causeway.

PEZ: Sorry to ask, but when do you start training for next year?
Josй Antonio: We have already started at the gym, swimming, walking in the mountains and a little bike. I finished my season at La Vuelta and been resting for a month. 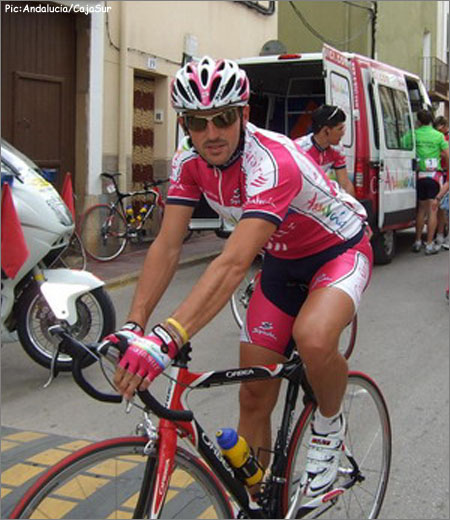 PEZ: What do you think of next years Tour de France route?
Josй Antonio: I have had a quick look, I think the riders will have to save their strength for the last week, for the riders who start to strongly the last week will be very hard and long and if the GC has not been decided then the stage to Mont Ventoux will be super spectacular.

PEZ: And the return of Lance?
Josй Antonio: I think it’s OK. I think he’s a winner and if he comes back it’s because he is sure of doing well. And at the same time it will it will put cycling more in the eye of the media.

PEZ: You live near Alberto Conatador; do you ever train with him?
Josй Antonio: No, with Alberto I’ve never bumped into him, he trains in this area where I live a lot, but no I have never trained with him. I train with my brother who is under 23, with David Martin of Orbea and some times with Castaсo of Galicia or Merchante who live near me.

PEZ: Have you looked at the Daily Distractions on PEZ?
Josй Antonio: Yes, ha ha ha it’s good this point of view of cycling, not every thing just has to be bike he he he. Thank you very much for the interview.

So that’s the first professional season of a Spanish rider, at his level life is not easy, there are more unemployed riders on the market and less teams to ride for. He’s had a good start so let’s hope he gets to ride the “Classics” one day!

And the good news is that Josй Antonio has re-signed with Andalucia-Caja Sur.