Rider Interview: Lachlan Morton stepped back up to the WorldTour in 2017 and tackled his first three week Grand Tour – La Vuelta a España. Luke Maguire caught up with the Dimension Data rider for a chat about his season in the top league of cycling, and his future. 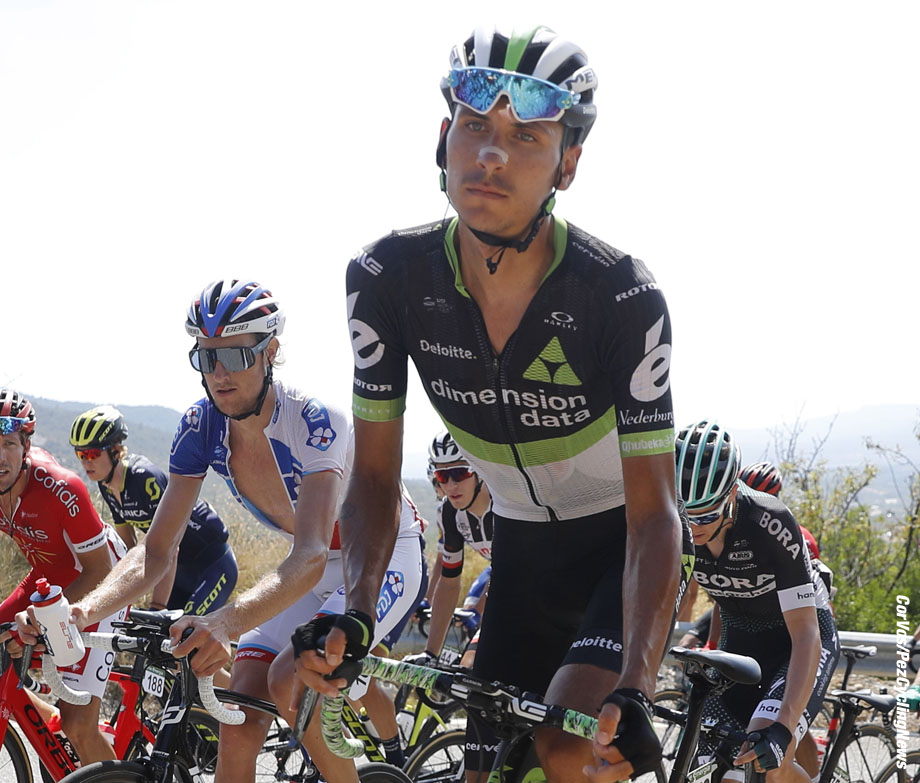 Coming back to the WorldTour after years spent at Continental level is a big ask for any rider. Throw a three-week stage race into that equation and it becomes an even greater feat. The 2017 Vuelta a España proved a tough one. In the post-race press conference in Madrid Chris Froome called it “the hardest Grand Tour” he had ever ridden.

It was a hard race too for Grand Tour debutant Lachlan Morton and even harder for his Dimension Data team. Personally he was pleased with how it went. “I came out of the Vuelta pretty well. Mentally I was fried because it was pretty taxing to get through it… but physically I was good. I’m ready for a bit of a holiday now but I enjoyed the experience and I think the adaptions your body makes after a three week race should help me out a bit for next season.” 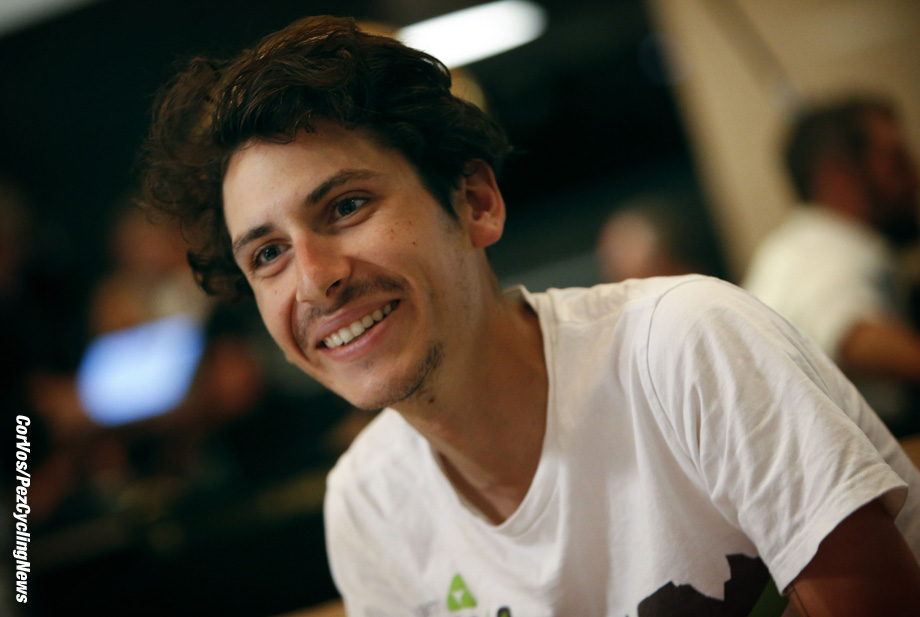 The Dimension Data team had a less than perfect race with all but three of their riders (Morton, Igor Anton and Jacques Janse Van Rensberg) forced out through a mixture of crashes and illness.

“Obviously the team didn’t have the race that we wanted to have. To do more than half of the race with just two other guys was a bit more challenging, especially for my first Grand Tour.” 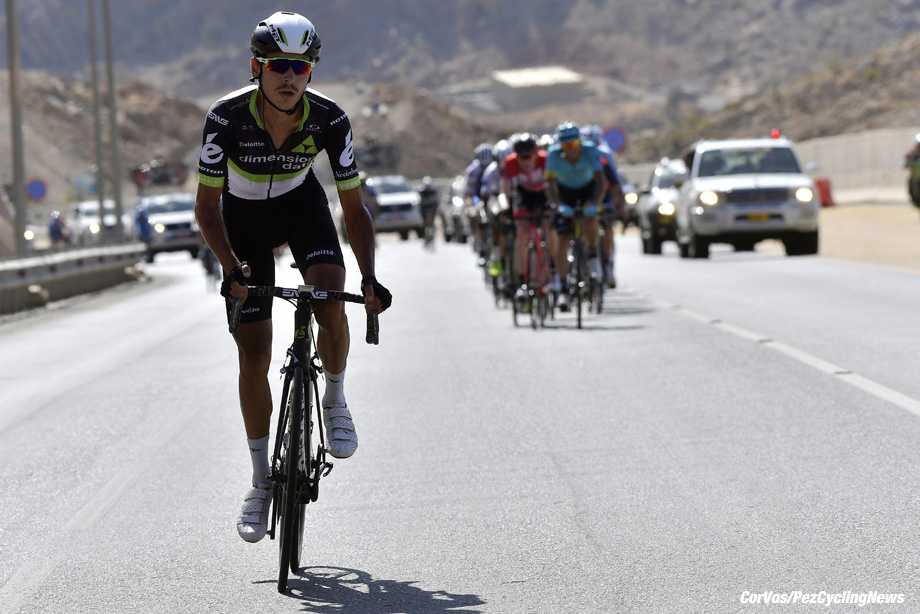 Though riders were lost, Morton suggests the few who were left came closer together. “I think Igor, Jacques and I are a lot better mates now than we were going into it. Losing guys everyday is not really the best for morale but we made the most of it.”

“You spend so much time with just the three of us on the bus and at meal times… it gets a bit lonely. We definitely had our little jokes between us and were closer by the end of it all.” 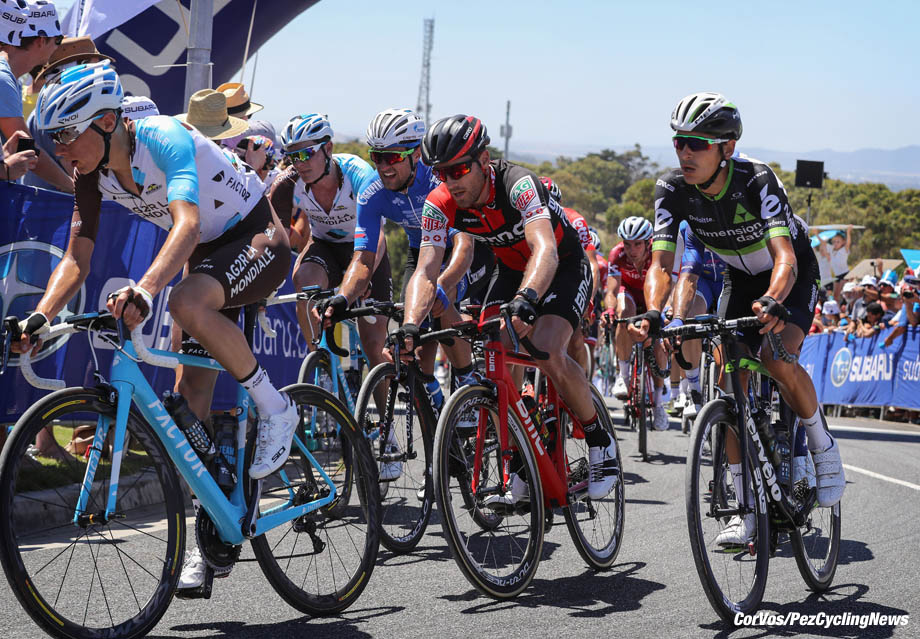 Though the team’s numerical circumstances were less than ideal the remaining riders made the most of the situation. Morton is confident that his future as a rider may well lie in three week racing.

“Having done my first Grand Tour I think that’s the type of racing that suits me the best if I prepare for it in the right way. Not necessarily for GC but more for stage win opportunities or riding for the team. So that’s something I’d like to focus on in the future.” 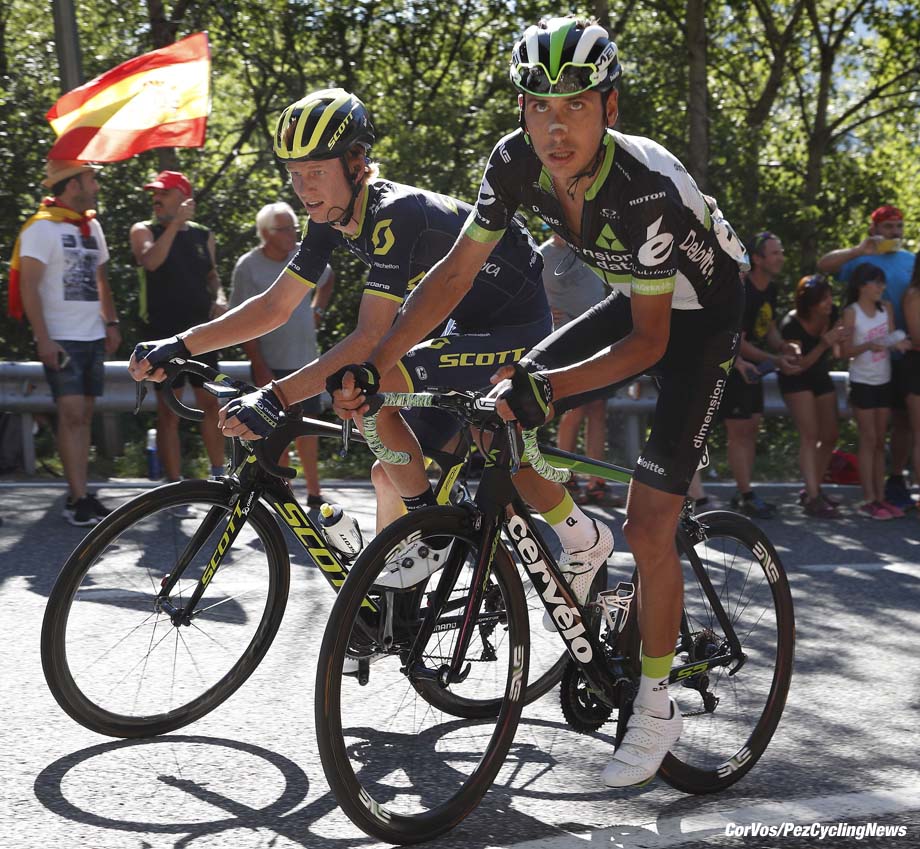 Morton got the call-up to the Vuelta off the back of a quiet but consistent season, but he says that it was always going to be that way. “I had a better season than I expected at the start but as the season goes on you always want more. I guess that’s part of why we race. I knew it was going to take a year to get used to this sort of racing again. You realize all the mistakes you made and the things you’ve got to change.”

His most notable result came at the Tour of California, winning the youth classification and claiming 7th overall. 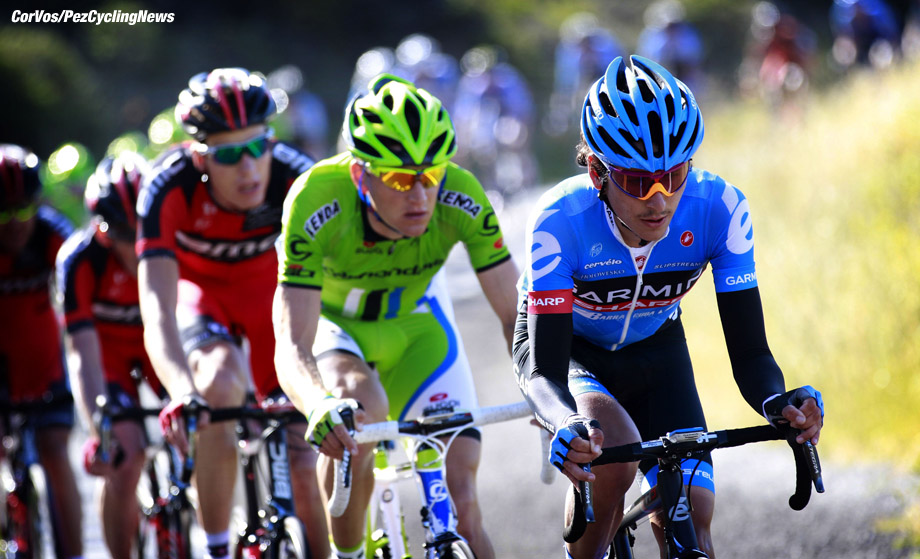 With Garmin in the 2013 Amgen Tour of California

Throughout his career he has a knack for performing well in the USA; all three of his professional victories have come in the Tour of Utah and he won the overall title in that race in 2016. When asked about his strong performances stateside he smiles “I’m trying to lose that tag but it seems to have followed me this year. California will still be another big goal for next year. It’s definitely somewhere I enjoy racing but it would be nice to be able to get those kind of results in Europe too.”

Past feelings of burn-out or lack of motivation seem to be out of the question when asked about his exhaustive racing calendar. “I’ve really enjoyed this year. Even though I was racing from January until the Tour of Guangxi in October I still came out of that really motivated for 2018…so I guess that’s a positive thing.”

With his enthusiasm for professional cycling re-kindled and a year of World Tour racing under his belt Morton has found himself a new challenge for 2018 – a move back to Europe. 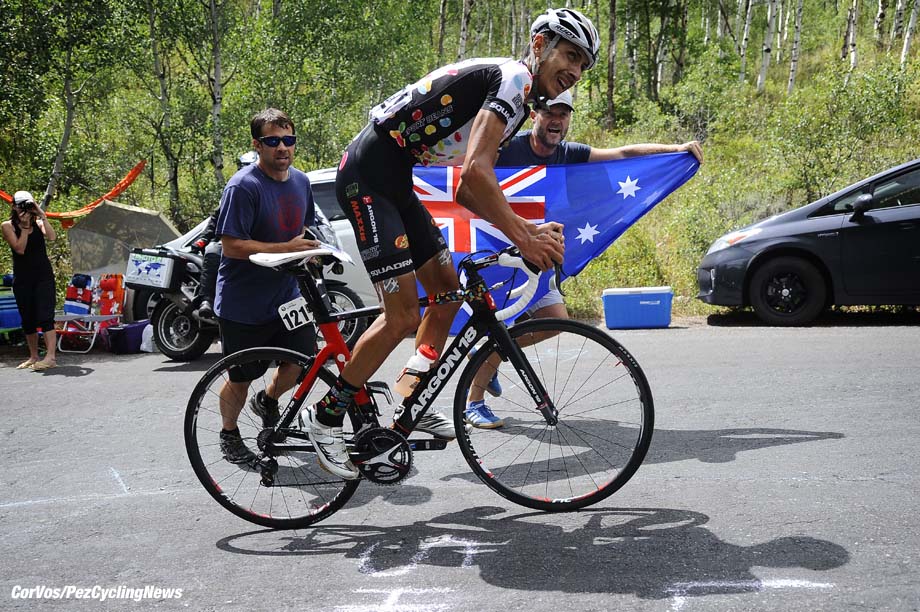 While living in Colorado served as an ideal base during his years with Jelly Belly on the US circuit, the demands of a World Tour race program have seen him look to Europe for 2018.

“I’m definitely going to move to Europe full-time next year. If your going to have most of your calendar in one place it just makes more sense to base yourself there. I was living out of the same suitcase since the Vuelta Burgos in August until the Tour of Guangxi in October – that wears on you a little bit.”

“Where I’ll move will depend a lot on my wife Rachel. I’ll let her decide. I think being in a relationship as a pro bike rider you spend so much time away from home that it’s only fair to let your partner have a big say.. because they end-up spending more time at home than you.” 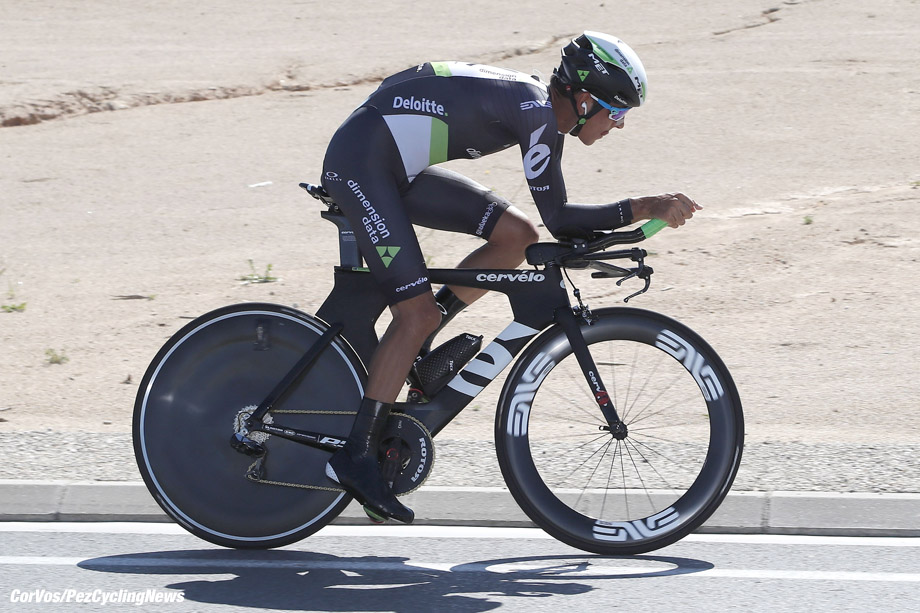 When asked about exact locations he smiles and his dry-wit sense of humor beams across. “I imagine Lucca or Girona…I want to blaze a new trail… somewhere there’s no other professional bike riders.”

Wherever he ends up, the immediate focus is to relax and enjoy the off-season. “We have a training camp in Cape Town in mid-November so instead of going back to Australia I just came straight to South Africa after the Tour of Guangxi and had two weeks of taking it easy, swimming with some sharks – the typical off-season stuff.”

# Thanks to Lachlan for his time and good luck in 2018. Team Dimension Data website HERE. # 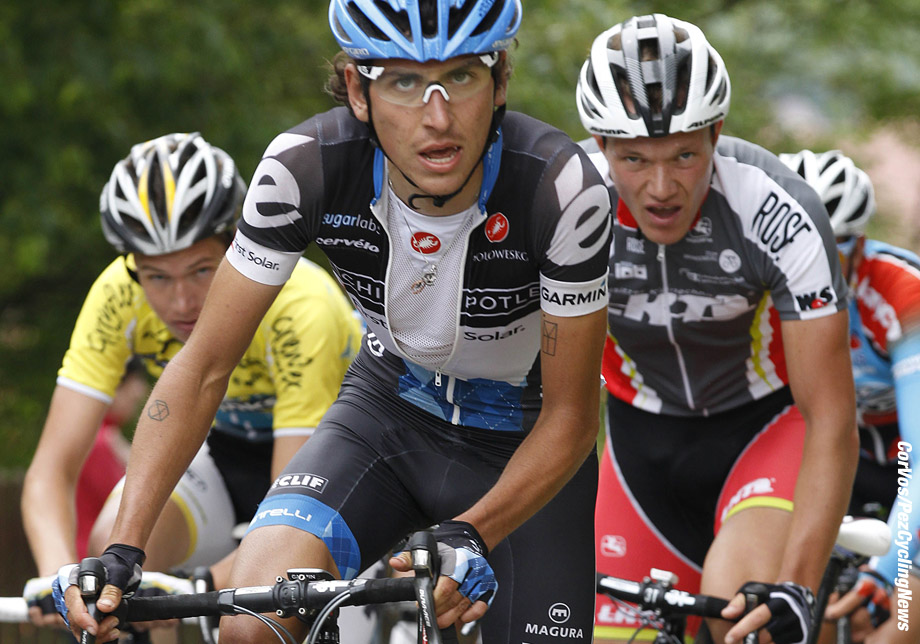