Gravel Rider Interview: Gravel riding/racing has taken hold to such an extent that our man, Ed Hood, has turned his back on the Tour de France to interview Laurens ten Dam. The Dutchman retired from the WorldTour and hit the gravel scene… Quite successfully. 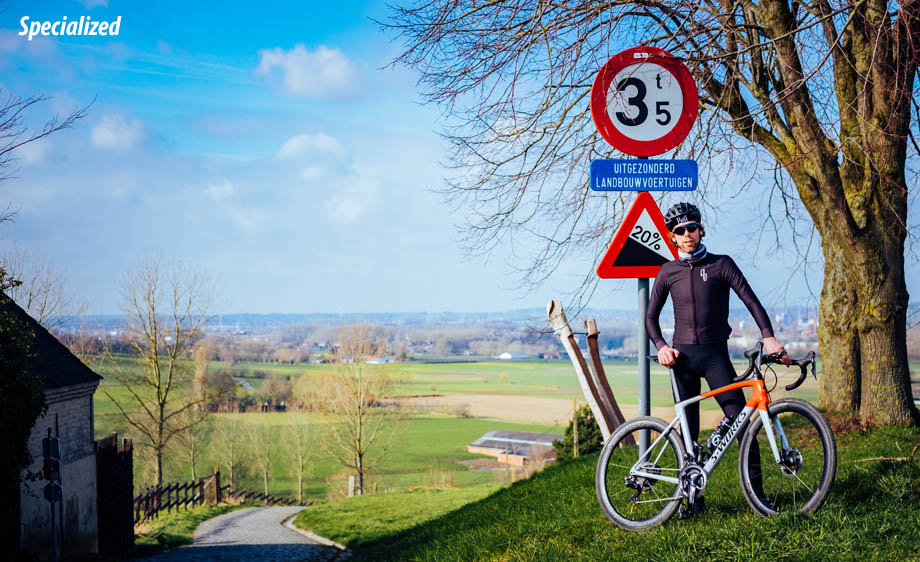 Ours is a sport rich in tradition, this will be the 109th Tour de France, after all. But it’s also a sport which moves on in terms of clothing, equipment, training and the actual nature of the races themselves. The jury is out on whether there should be gravel sectors in classics like Paris-Tours, ‘just for the sake of it.’ 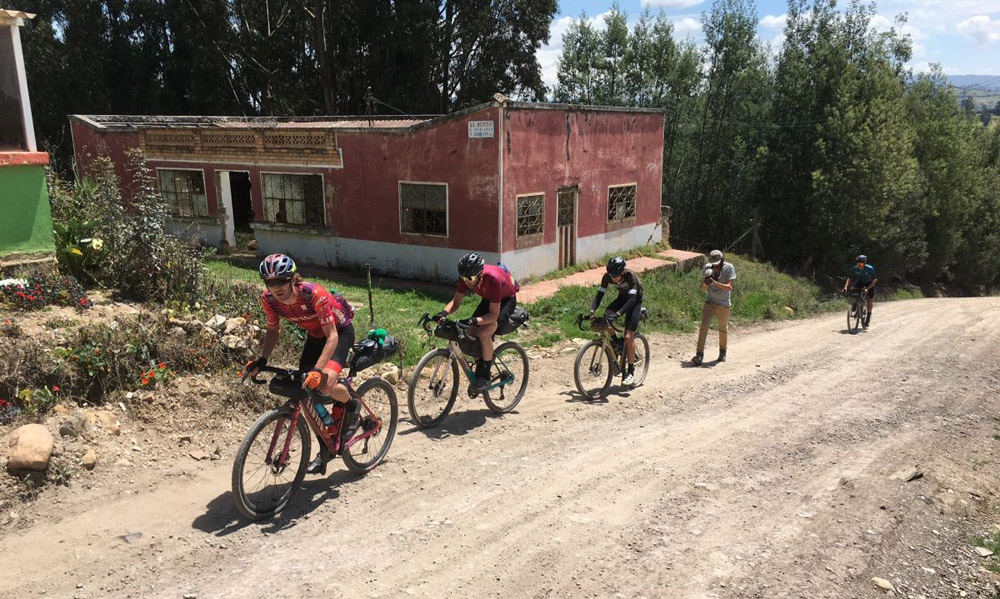 But one thing is certain, the gravel phenomenon is here to stay and the calendar grows every year with the UCi introducing a 12 race ‘gravel series’ in 2022 with these events still to come:

And the UCI has confirmed that the 2022 Gravel World Championships will be held in the Veneto region of Italy on October 8-9 with riders qualifying through the aforementioned 12 World Series events. I thought I better get tuned in to this new scene and to that end I contacted former World Tour professional and now ‘Gravel Grinder,’ the legend that is Laurens Ten Dam.
A professional from 2002 to 2019 he rode for Rabobank Continental, Bankgiroloterij, Shimano Memory Corp, Unibet, Rabobank through all the incarnations up to Team Sunweb and finally CCC. 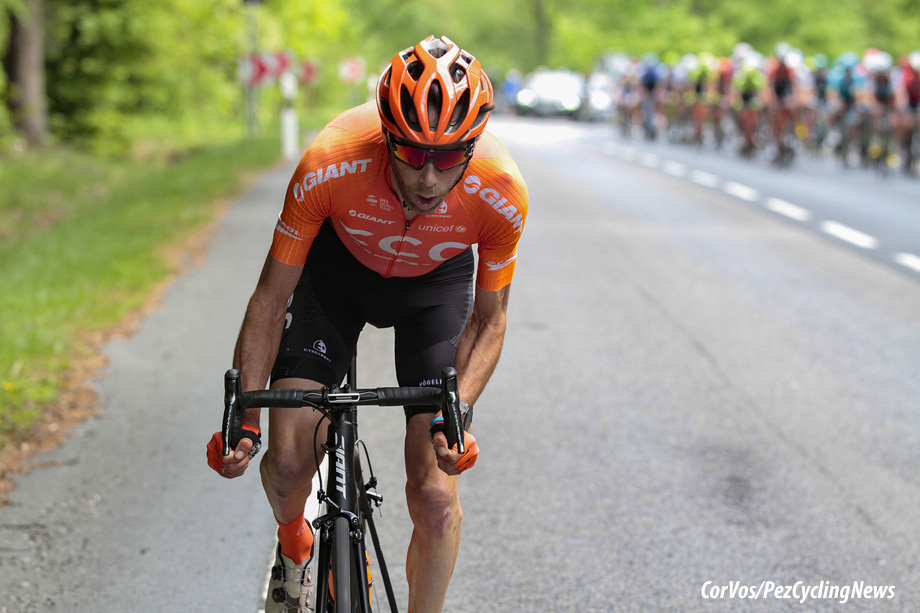 PEZ: Thank you for agreeing to speak with PEZ, Laurens – before we ‘go gravel’ can we discuss a little about your days as a professional – which was your favourite team?
Laurens ten Dam: Every team had its charms. Unibet was like a family; I had the Rabobank staff at my wedding; Sunweb was cool, I enjoyed being Tom Dumoulin’s ‘super domestique’ and with Belkin I loved racing with Bauke Mollema. 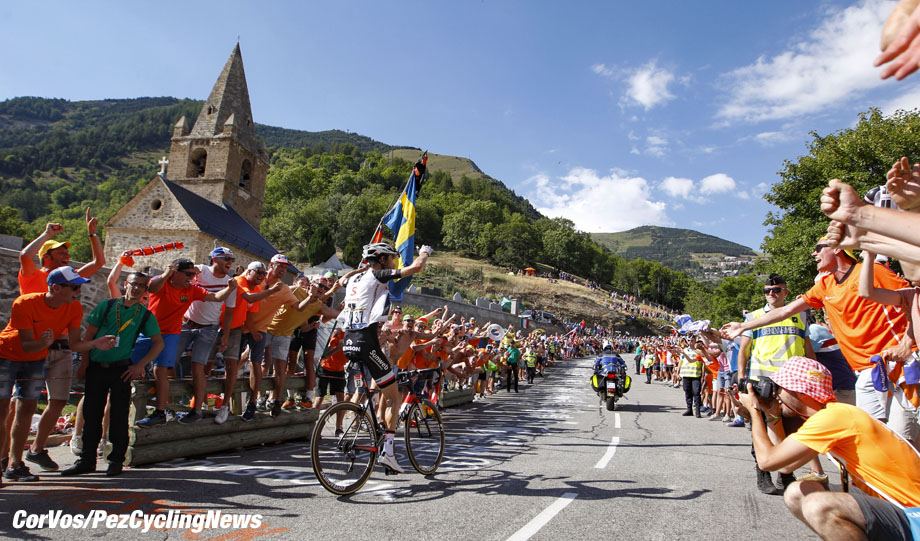 PEZ: Which of your performances gives you most satisfaction?
That would have to be my ninth place in the Tour de France in 2014, the biggest race in the world. The previous year Bauke and I had good Tours too, with him sixth and me in 13th place.

PEZ: How and why gravel?
It all stems from a mistake I made after the 2014 Tour when I took that ninth place, I thought I would like to go top five or even make the podium. I decided I needed to be skinnier and lost two kilos, I thought I needed to train more at altitude and that I should do more pre-race reconnaissance of the stages. I did all of that but it was too much and did nothing in the Tour. Then, after the Tour when I was out training I was hit by a car and broke a vertebrae. I felt, ‘Damn It!’ I’ve done all this and ended up with a corset on at 34 years-of-age, it wasn’t what I dreamed of! I rang my agent and told him to put a hold on all negotiations with teams, I’d had enough and was going to the States to live and enjoy life, I was sick of being too skinny. He said; ‘Look, wait a minute, what if I could get you a contract where you live in the States but can still ride the Tour?’ I said that would be amazing – and he pulled it off for me. 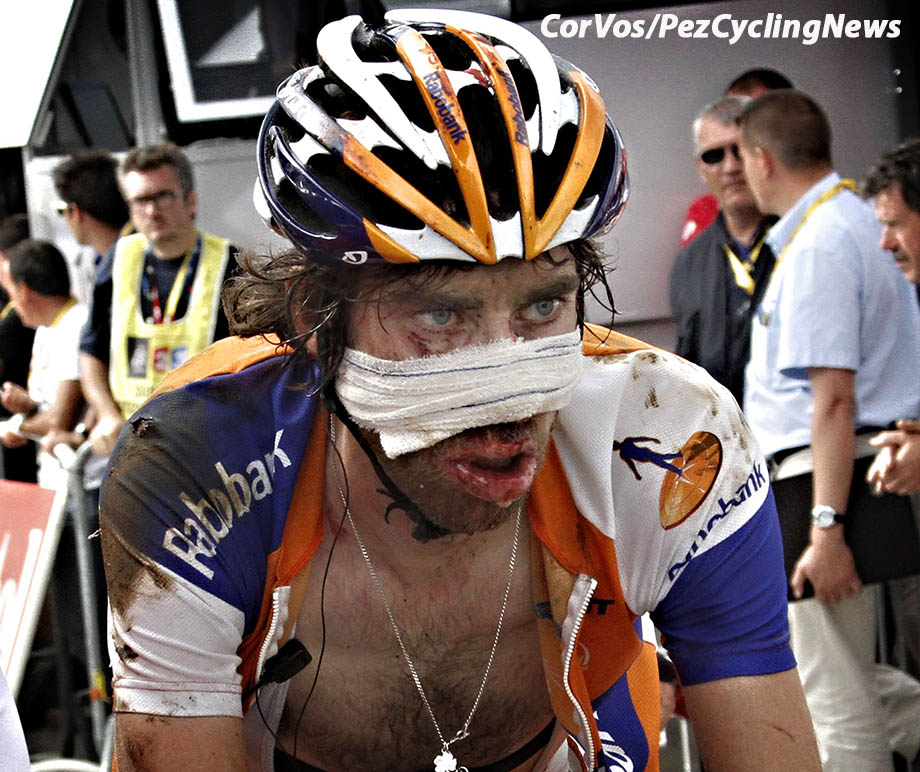 When I was living in the States there was a ruling that WorldTour guys couldn’t ride the amateur crits so I started to ride gravel races. They were such fun, with about 1,000 cans of beer and potato chips at the finish and I could see my kids there too.
I thought, ‘Damn! Now I remember why I love cycling!’ I returned to Europe for the Tour with that ‘gravel mentality’ but did my job for Tom, riding for him, not myself. I was so impressed with the gravel scene that I created three gravel races in Europe. And when I retired from pro WorldTour racing I decided to have a go on gravel and do ‘adventure riding.’ I never expected it would get so popular so quickly. 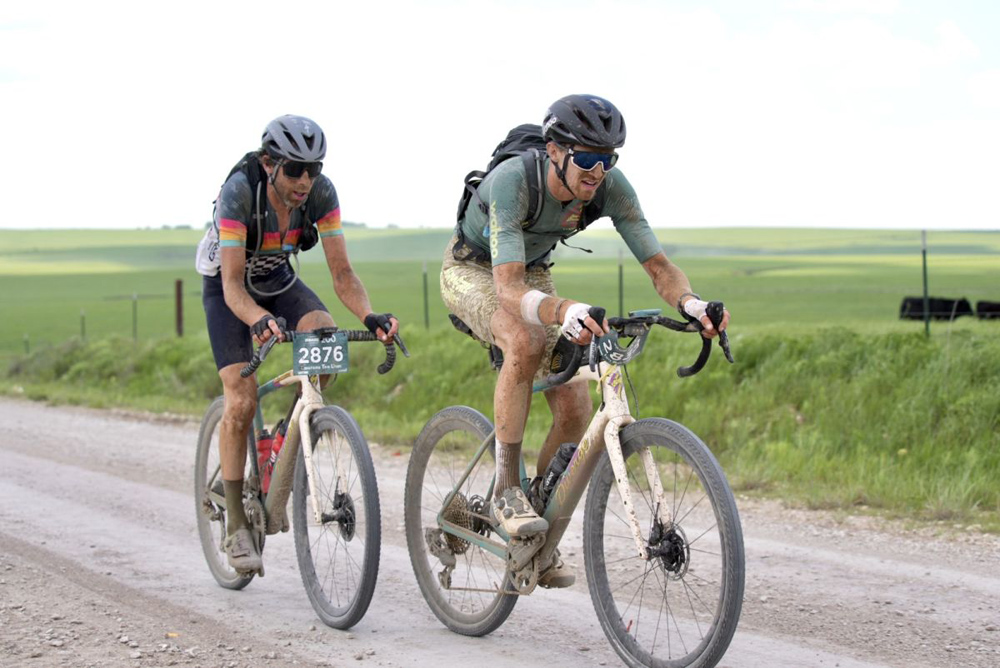 PEZ: What about the distances – ‘Unbound’ in the Flint Hills of Kansas is 200 miles, for instance?
That’s one of the aspects I like, it’s a throwback to those early days of cycling when the stages in the Tour de France were crazy distances and the riders had to raid bars to get drinks – on gravel there’s no support, you have to bring or find your own water. As a pro I reckon I rode around half-a-million kilometres so I’m not afraid of the distances as long as I fuel properly. 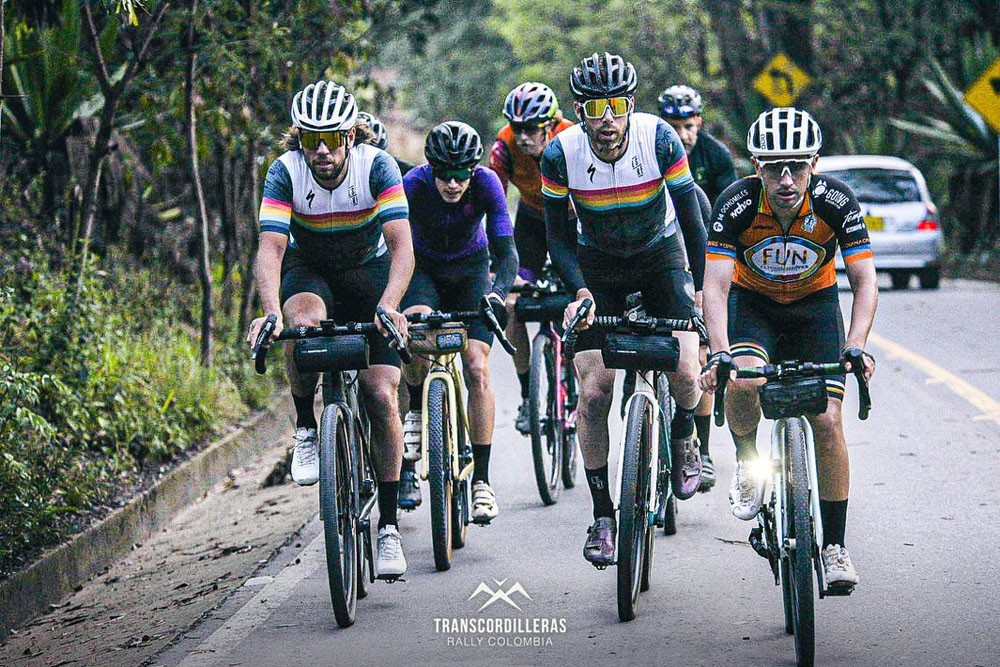 PEZ: So the gravel mentality is much more relaxed than the pro, WorldTour mentality?
Of course; it’s not all about winning, it’s about the experience and the travel – sure I’ve ridden the Tour and flown to the Tour Down Under in business class but with gravel I’ve been to places like Kenya and Colombia and shared so many wonderful experiences with all sorts of people. On the WorldTour your sponsors want results and there’s pressure; my gravel sponsors, companies like Specialized, Shimano, Wahoo, Cliff, Komoot and Rudi Project don’t look at it like that, they just want me to be Laurens! 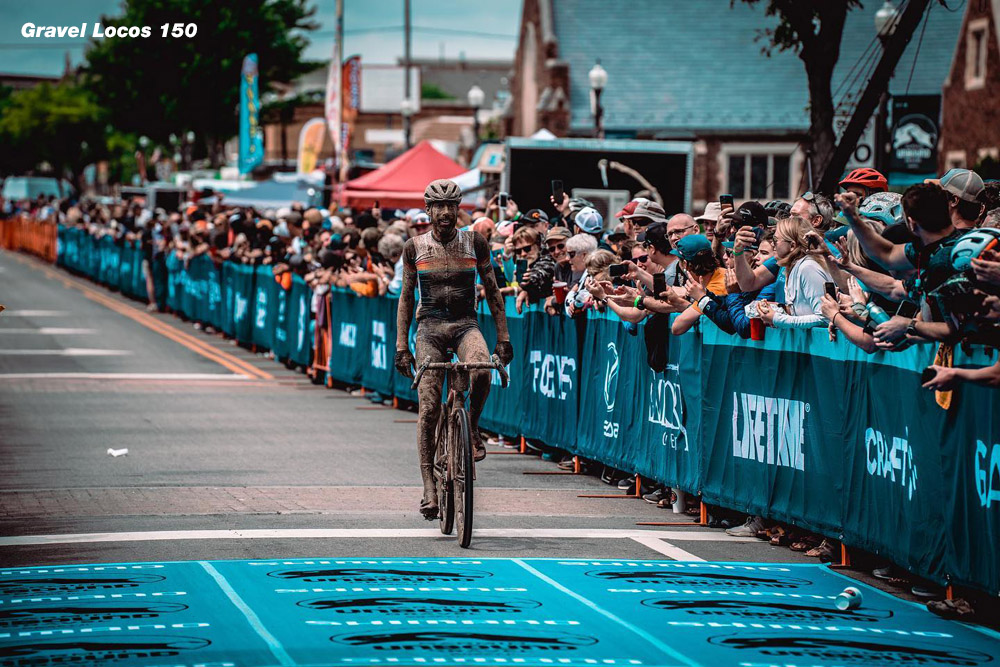 PEZ: It’s growing very quickly, isn’t it?
It is and that’s a good thing but we’re now at a stage where a good performance on gravel can change your life, the guy who won Unbound this year, Ivar Slik lives four miles from me, we train together, and winning it has given him such a high profile. Amity Rockwell who won the women’s race in 2019 was a barista but after that she got a contract on a pro team. It’s life changing. One of the problems with that is that you begin to run the risk of riders doping but that’s just one aspect of more money being involved. 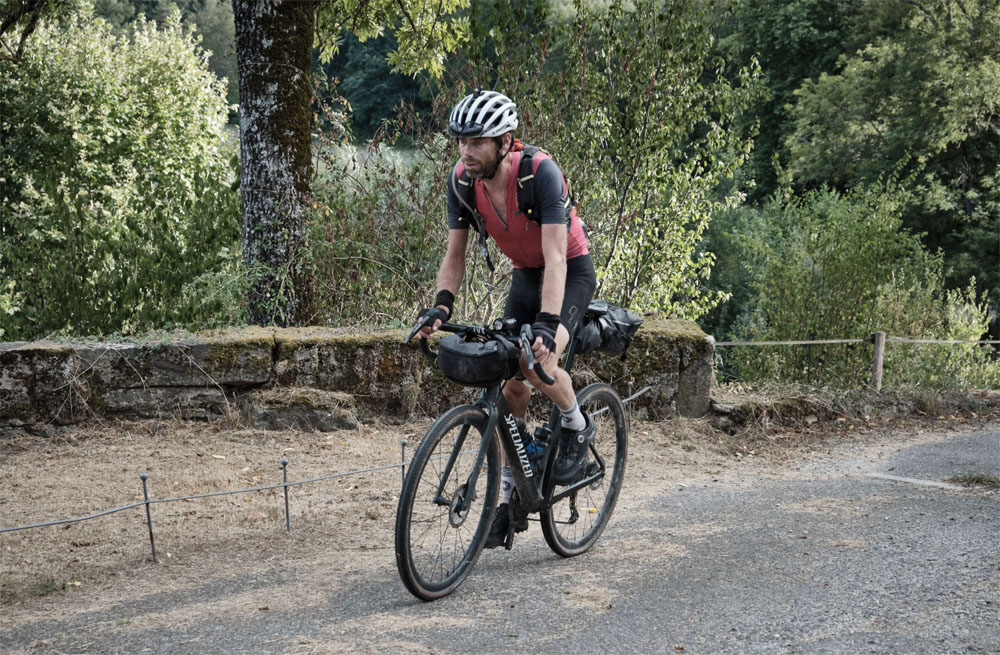 PEZ: Is there a worry that the UCi getting involved in the scene and there being, ‘rules about rules’ it might change the sport for the worse?
Perhaps that’s part of the sport growing up? The Unbound format is 200 miles with two rest stops and I wouldn’t want to see that change but the sport is changing, a year or two ago it was bike shop team guys riding, now it’s full pros. 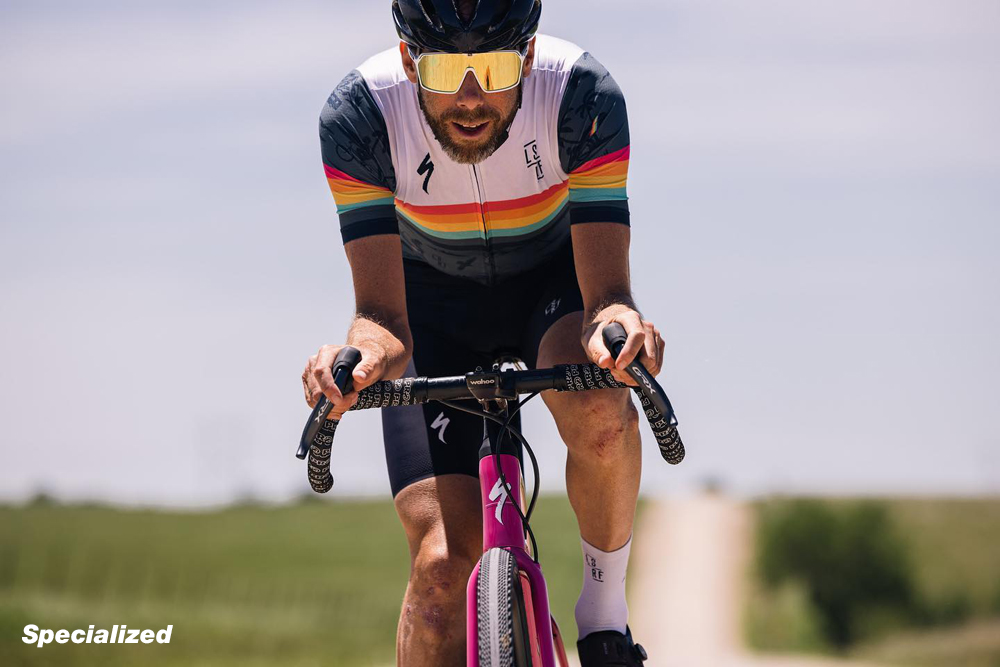 PEZ: Equipment – most guys are running 1x but you’re still on double chainrings – and are you running tubeless?
I’m still a ‘roadie’ at the end of the day and have never had any problems with a front changer, I like the closer ratios you get with a double chainring set up. Tyres-wise I roll Specialized Pathfinder 42 mm tubeless tyres, which are very good.

PEZ: You race, you organise races, you have a clothing company, a podcast, a coffee company. . .
I do have a lot of balls in the air, I’m busier than I ever was a WorldTour pro – but I have a supportive wife and work hard at my time management. When you’re a pro your whole life revolves around getting race results, that’s why so many come back too early after sickness or injury; results are your only means of achieving positive emotions. Whilst I have so many other aspects to my life where I can feel those positive emotions. 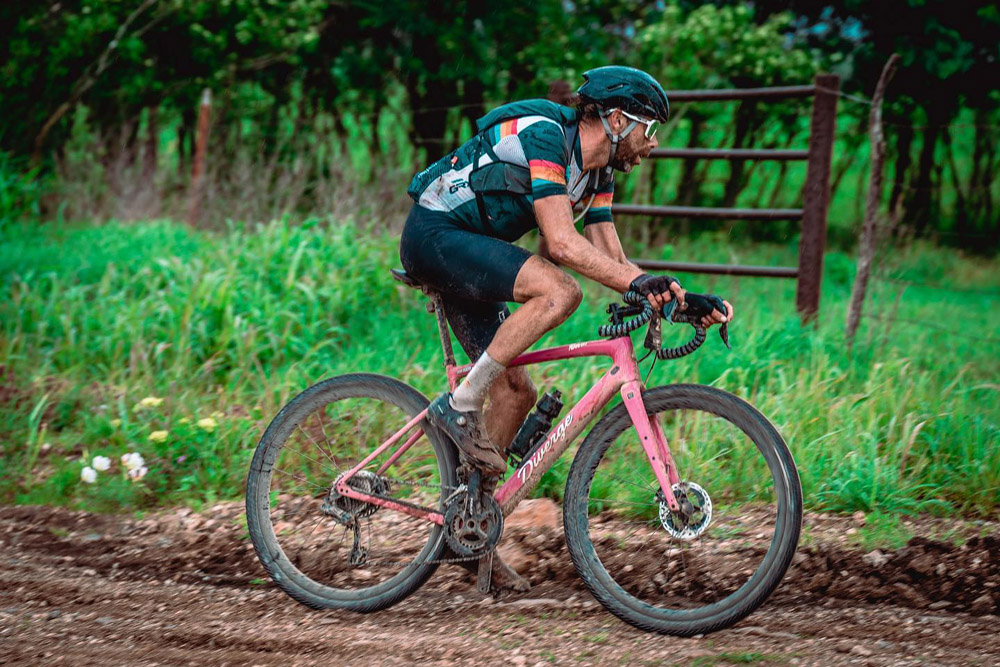 PEZ: Still on the LTD ‘to do’ list?
I want to make a movie about the history of US cycling from Major Taylor right up to Ian Boswell the gravel racer by way of the 7-eleven team and the movie, ‘American Flyers.’ I want to do more bike pack racing, I did a three day one which involved a lot of bike carrying and was wasted for two months after it! I want to go bike packing with my oldest boy, he’s 10 years-old now. I’d like to open a cycling bar and coffee shop in The Netherlands, so ‘yes,’ there’s still plenty to do. . . 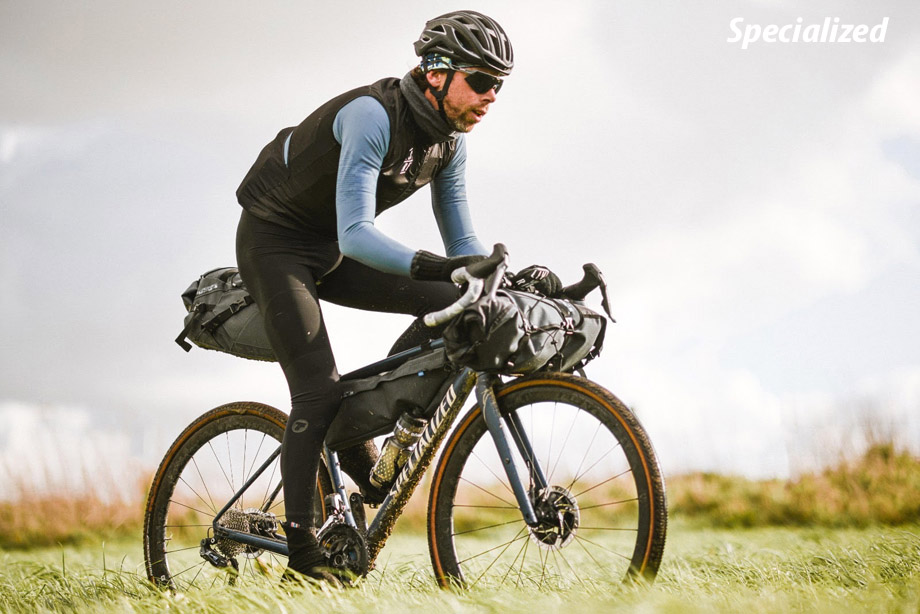 A bit of bike-packing 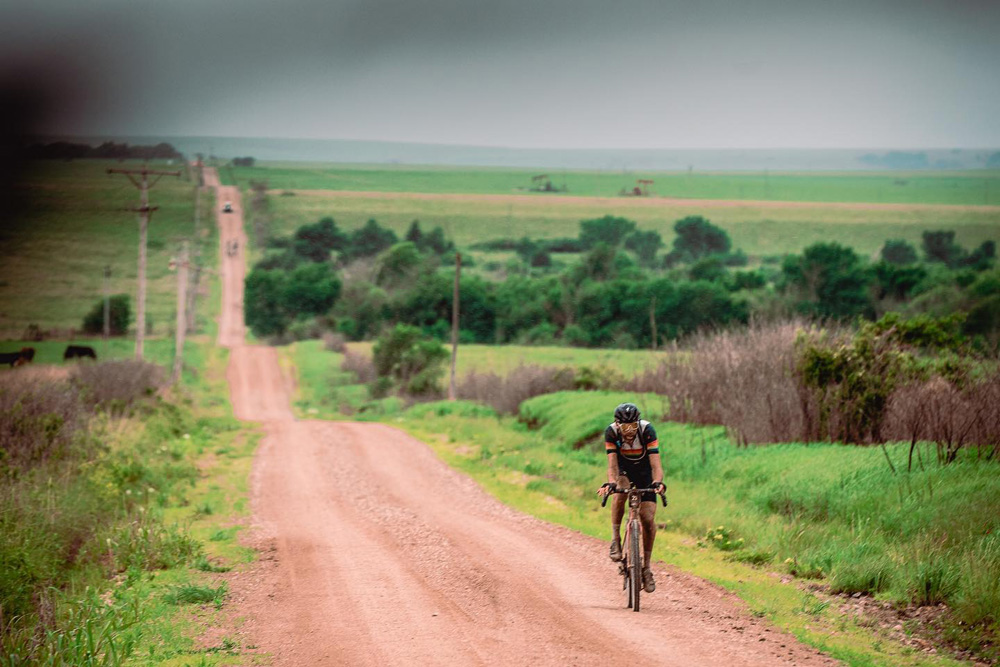