Interview: From professional cyclist to producing top end cycle clothing for a WorldTour team is quite a jump, but Yanto Barker has done just that. After a rich and varied career on the bike, Mr. Barker wanted to rival the best bike clothing manufacturers in the World. Ed Hood spoke to Yanto as he was about to deliver his first batch of clothing to the Bahrain-McLaren team. 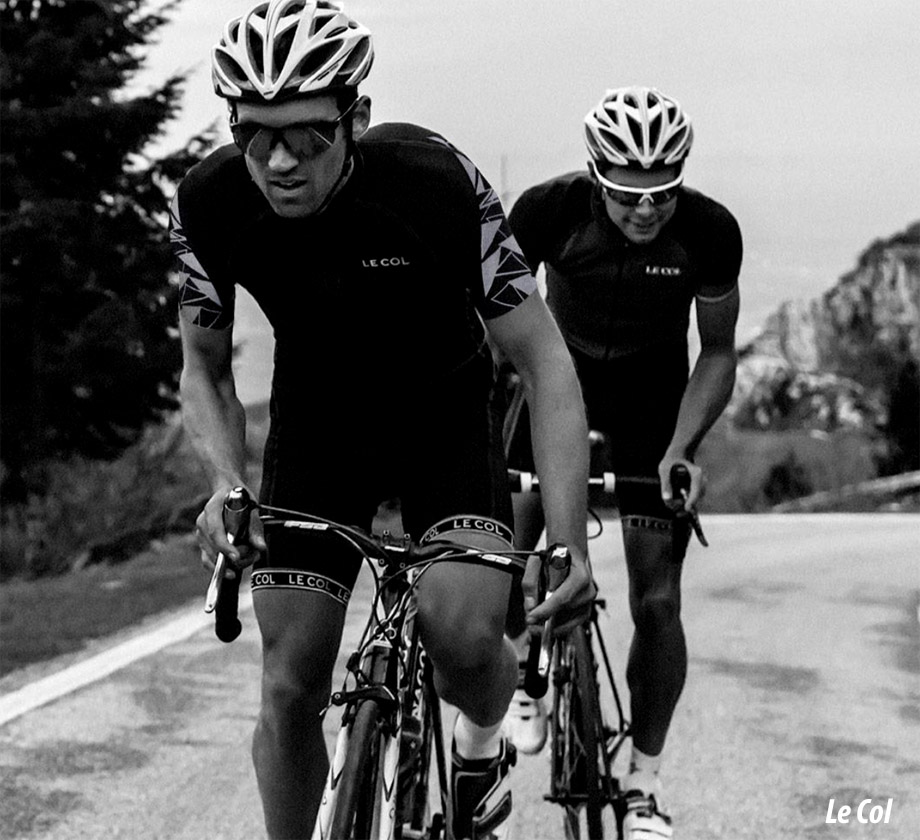 The new Bahrain McLaren colour scheme for the team’s jerseys and bikes is hard to miss; but it was the little ‘le col’ logo that interested us. ‘Le Col’ is the clothing company founded and run by British ex-pro, Yanto Barker. We decided to, ‘have a word.’

PEZ: You were a successful pro for a decade and more, Yanto; what would you rate as the ‘highs’ of your career?
Yanto Barker: I did many races around the world and many stand out for lots of different reasons, even some training days were memorable usually linked to good sensations or a beautiful place to ride. The highs are probably linked to representing my country, to put on a Team GB jersey is a real honour. Together with standing on the podium of the National Road race champs which I did next to Russel Downing and Steve Cummings in 2005. 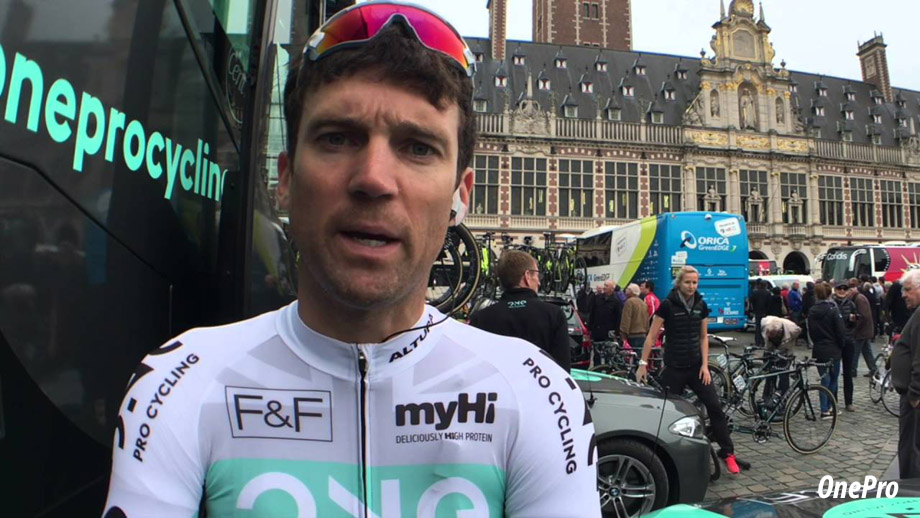 PEZ: And the “lows”?
One of the lowest lows I can remember, again of which there were many, was realising I had broken my frame at a National Championships in 2003. I was devastated half way through the race having to stop and retire from the race because I didn’t have a spare bike.

PEZ: Any regrets?
I think I am lucky on this one, no! But that is not to say I would do a few things differently with hindsight, but I don’t dwell on those choices, I maintain I made all the best choices I could with the information I had at the time, that is all one can do in life. I am quite a deliberate and thoughtful person so, most of the big choices were well thought through and then implemented with full conviction. That is my style, no half measures. 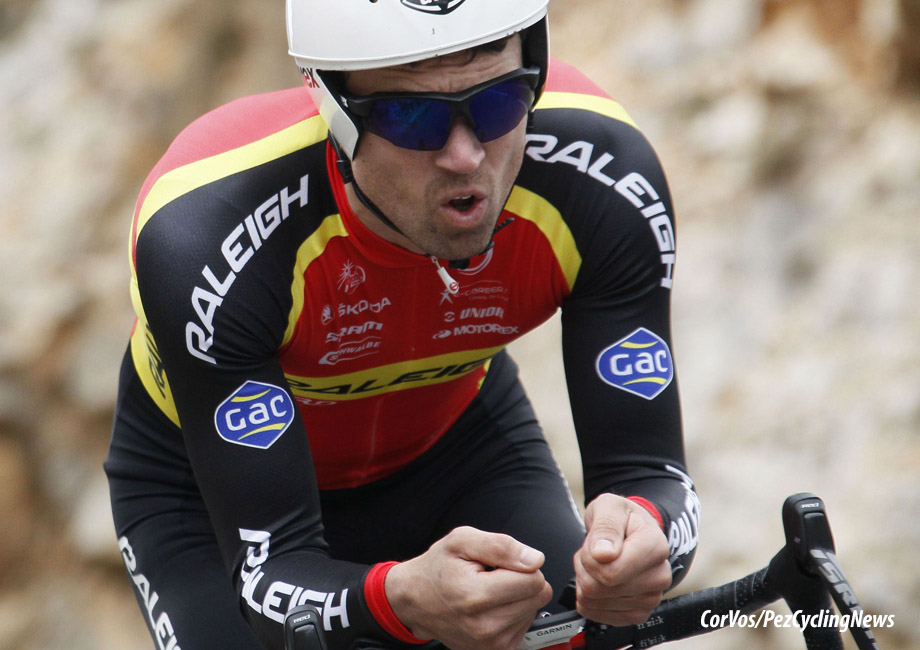 PEZ: Which brand(s) of clothing did you race in?
Many: Geordana, Sportful, Imp Sport, Santini, Nalini, Altura, and many less known brands. Clothing back then was not what it is now. Things have moved on a lot.

PEZ: Was it shortcomings in the clothing that you trained and raced in which prompted you to get into cycling clothing manufacture?
Yes partly, I had some good kit in my racing years too, but the decision to go into this industry was more around the fact that I could see a way to get started and scale the business without needing lots of investment money or necessarily that much experience. I had no manufacturing or business experience when I started. 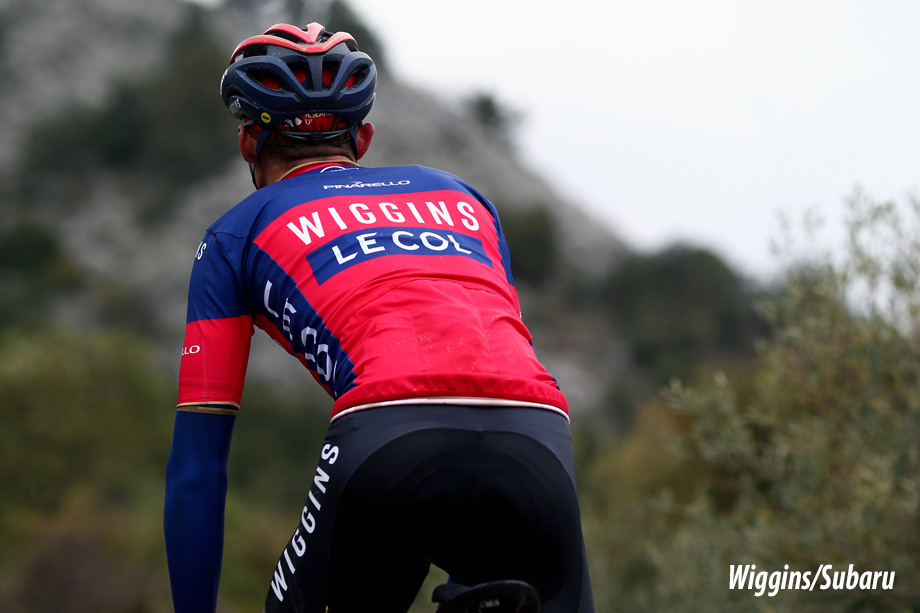 PEZ: Assos, Castelli, Rapha, Santini – it’s a crowded market at the top end is it not?
You say that, but I don’t completely agree with some context I would explain like this.
If you only count those brands at our price point, you eliminate Santini and you’re only really talking about three other brands that dominate the market, Assos, Castelli and Rapha, and two of them run a very old fashioned distributor/retail model with no direct channel to the end user. The direct to consumer model is stronger once you get it going, it is harder to start, but the brand has a much more direct and strong relationship with the consumer once it is working, so I think we have a good opportunity to compete with the brands on that basis. Last of all, there are few brands in the world that can really call on proper technical credentials, to elaborate, there are 18 World Tour Teams and 12 individual apparel brands that service them, to have a contract with a World Tour team is a huge asset that sets you apart if you can activate it well. We recently announced our partnership with Bahrain-McLaren WorldTour Team and are steeped in technical heritage with my own career and the Ambassadorship of Bradley Wiggins. 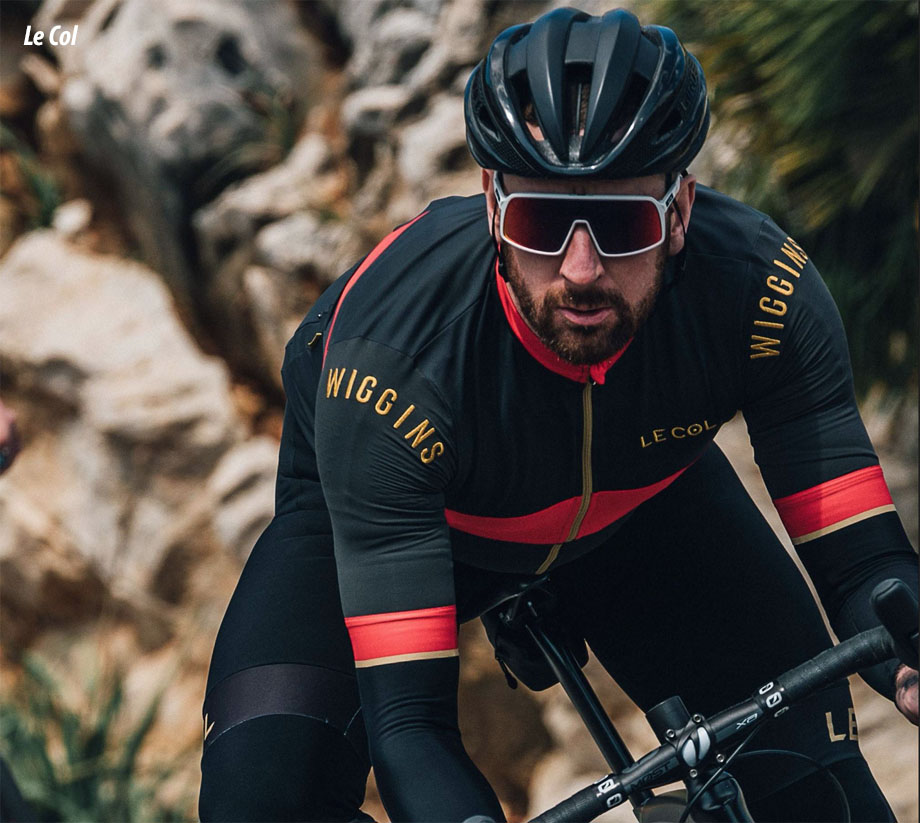 PEZ: What are Le Col‘s Unique Selling Propositions?
Direct to consumer, technical product, with our own manufacturing facility in Italy. Each one is not unique in isolation but the combination is unique.

PEZ: How did the Bahrain-McLaren deal come to pass?
A very positive conversation with the MD of cycling there John Allert, who is a really great guy. We had initial conversations and it seemed a very good fit and that is how it stayed right through the contract negotiations. Neither of us encountered any issues with the clauses and we were able to sign the deal in the summer. 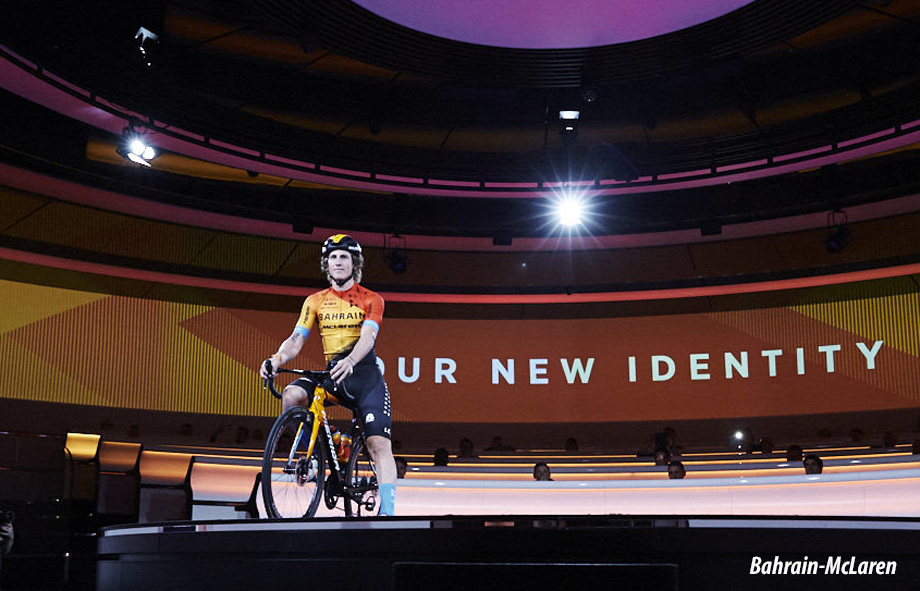 PEZ: Is your name on a WorldTour jersey an essential part of your marketing strategy?
I wouldn’t say it is essential, but it has always been part of the big plan for me since I started. I am really pleased to have finally pulled it off and with such a great team, I am genuinely excited for the 2020 season to start and we can watch them race!

PEZ: It must be a huge commitment, can you give us an idea on quantities?
Yes I can give you an idea, it is thousands of units across 50-60 SKU’s (stock keeping units) and lots of bespoke measurements for riders who are not normal shaped, ie very skinny and small compared to real people ha ha…

It has been a great opportunity for us to demonstrate how well we can deliver this project form my knowledge of what the riders need and then to plan manufacturing around delivering for their needs, it has been a huge job but myself and Andrea (head of design) have worked really hard to keep everything as smooth as it could be. 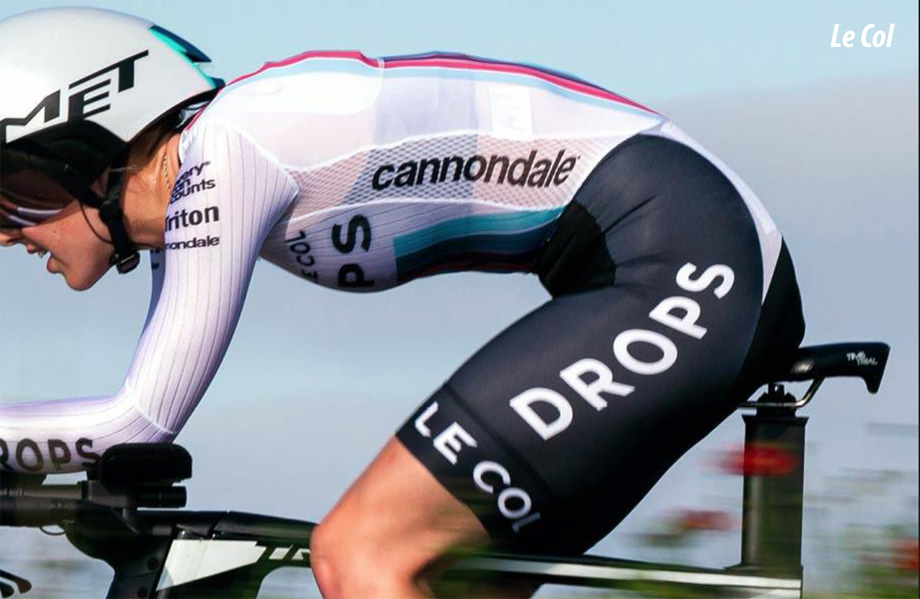 PEZ: Time scales, they must be tight: deal done – design – manufacture – distribution; bearing in mind Heinrich Haussler rides the Aussie Nationals on January 12th?
Time scales were so tight we parallel tracked design with contract negotiations. It had to be done on good faith, I believed we would get the deal across the line in order to have the confidence to start allocating resource and it is lucky we did it like that because we could not have started from scratch from the day we signed the contract and delivered in time. All riders will receive their kit at the December training camp around the 15th. So everyone has all they need to start racing and training on Jan the 1st.

PEZ: Your clothing is made in Italy, aren’t Labour costs high there compared to Asia/Eastern Europe?
In some ways yes, but two reason it makes sense, we access a much better manufacture cost because we own the factory and are not being supplied by a third party, secondly we can operate low costs and relatively low volumes which offsets any saving we might achieve from China or the Far East because you need to tie a lot of cash up in product for a long time to get it shipped across with long lead and delivery times. It is a much more agile set up and we have made the most of that. 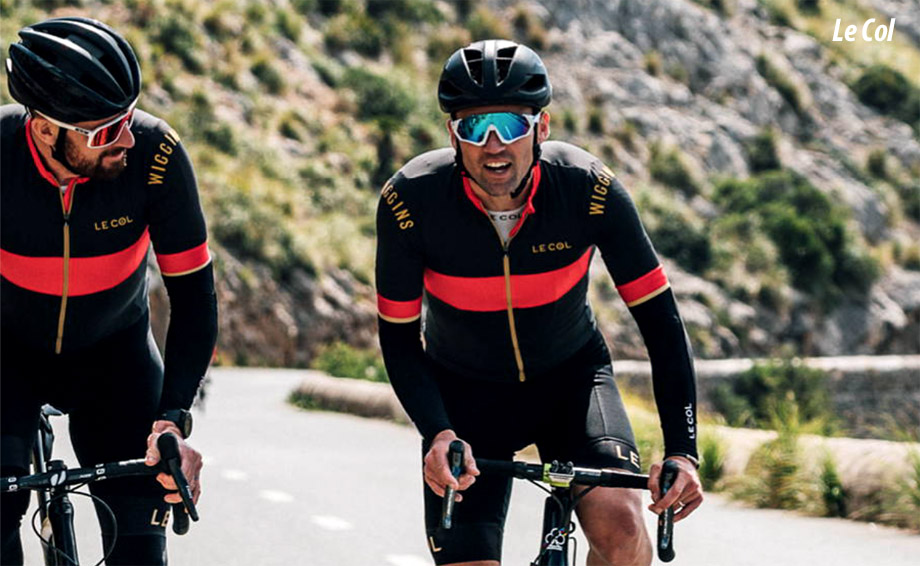 PEZ: Tell us about the Wiggins range please, how did that collaboration come about?
I have known Brad for over 20 years and we raced together since our junior days, I really like his style, it is quite different to mine and for a number of years I suggested we should do something together. Finally in 2018 it happened and we have been successfully selling his range ever since. It is a bit more designed than the classic look of our main collection but I like the added dimension it brings to the range, plus of course his credentials as a multiple Olympic Gold medallist and a Tour winner.

PEZ: What’s 2020 about for Yanto and Le Col?
2020 is about product performance, this is a huge subject for us next year in the activation of the World Tour Team project. We have been designing kit for them for the last eight months and now it is about moving it to the next level with individual stage technical designs specific for that rider on that stage, we have the ability with McLaren data analysts to simulate and design to that level of detail which is really exciting. 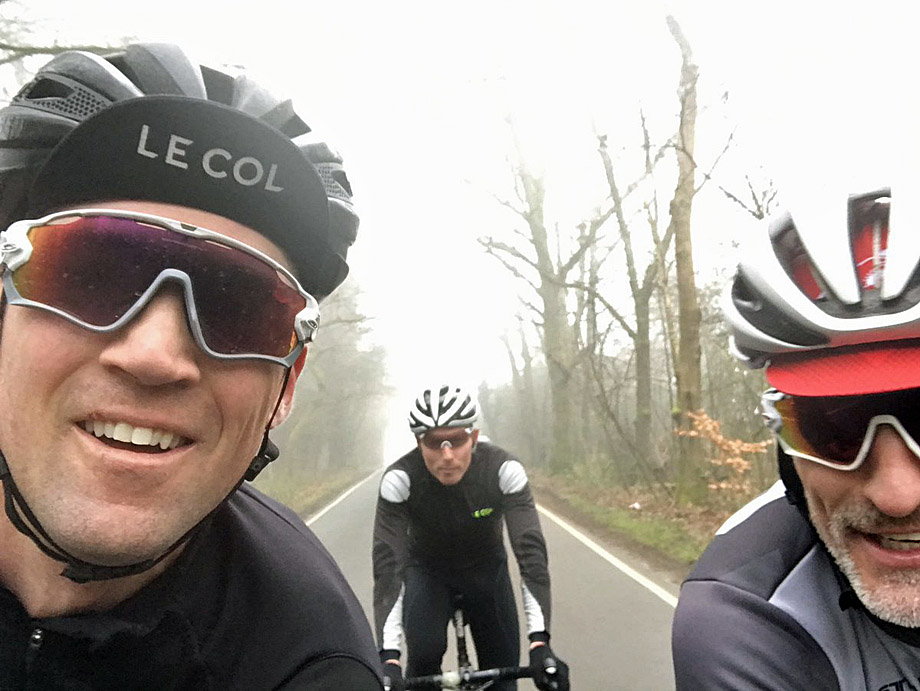 A ride with mates