Star Rider Interview: Sean Kelly was the ‘King of the Classics’ for many years, but the man from Carrick-on-Suir also won the Vuelta a España and many shorter stage races. His record at Liège-Bastogne-Liège is incomparable and so Ed Hood caught up with Irishman for his thoughts on the ‘Old Lady’ of the road. 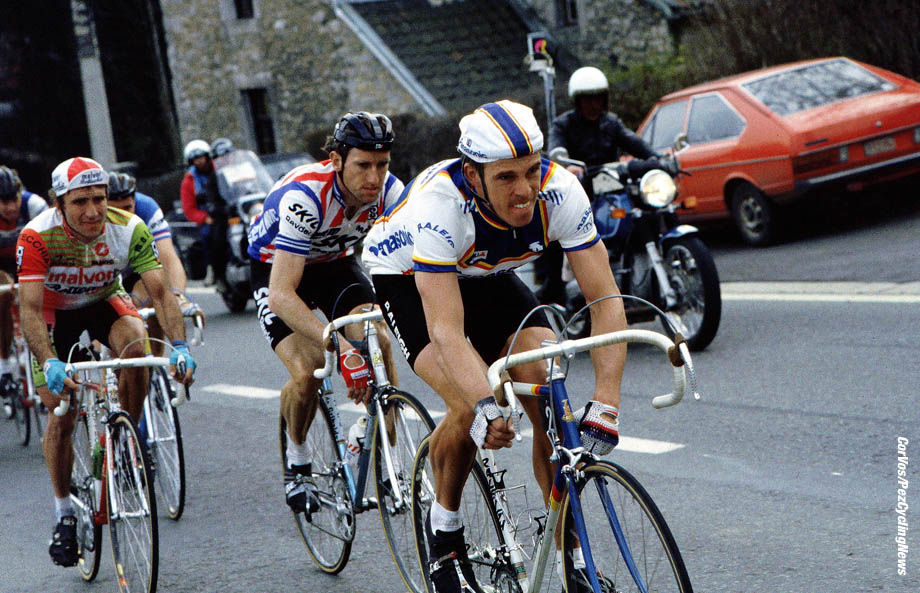 PEZ: What makes Liège-Bastogne-Liège so special, Sean?
Sean Kelly: It’s a clean race and it goes through nice countryside, there are no cobbles and dirt; not like Flanders and Roubaix where some of the parcours are pretty horrible. Flanders and Roubaix are great races but they are running fights too, in Flanders you have to fight to be in the front for the climbs and in Roubaix you have to fight to be first to the stones. Liège is much more of a wearing-down process, there’s a constant, slow elimination through the back door as the weak quietly slip away as the race goes on and on. Another thing about it is that there tends to be fewer crashes, so it’s a bit safer than Flanders or Roubaix. 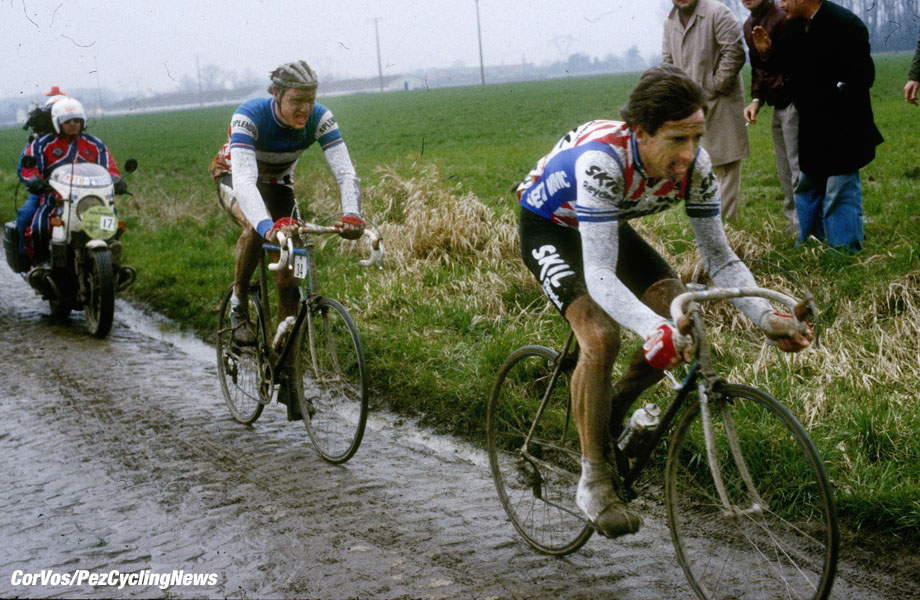 Two wins in Roubaix wasn’t too bad either

PEZ: Was the course much the same in the 80s as it is now?
Pretty much so, but the big difference is in the finalé, it’s a very difficult last few kilometres now. 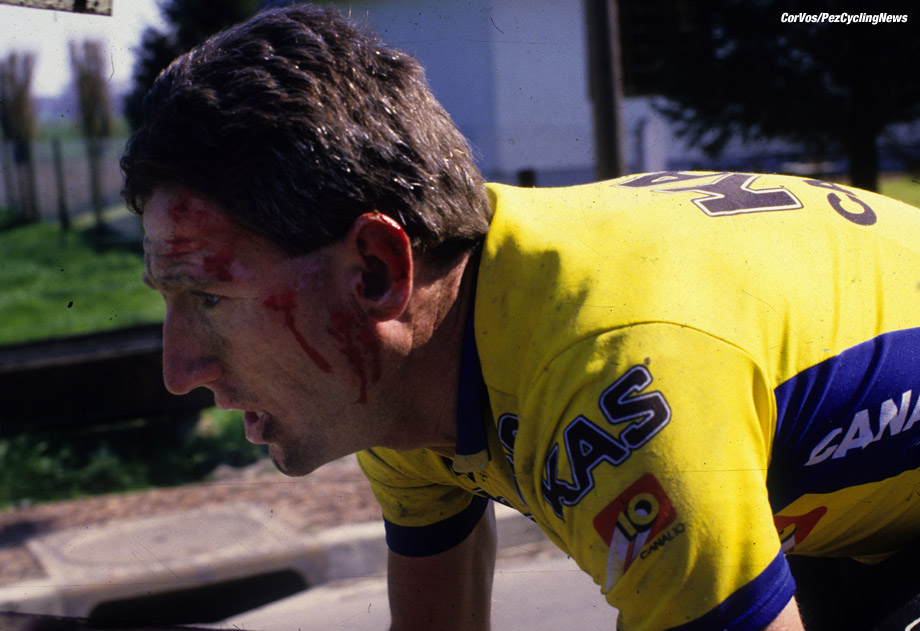 Kelly had a few crashes in his time, but it had to be very bad to stop him

PEZ: What does it take win at Liege?
A winner has to be able to get over the climbs one way or another; some of the drags go on for maybe six or seven kilometres. If you study the race-winners you’ll find that there are a lot of climbers who have won it but also a lot of men who got over the climbs on their strength. If you look at Moreno Argentin (Italy) who won it four times; he wasn’t a great climber in my book, he never won an important stage race for example, but he was very strong and got over the climbs on his power. 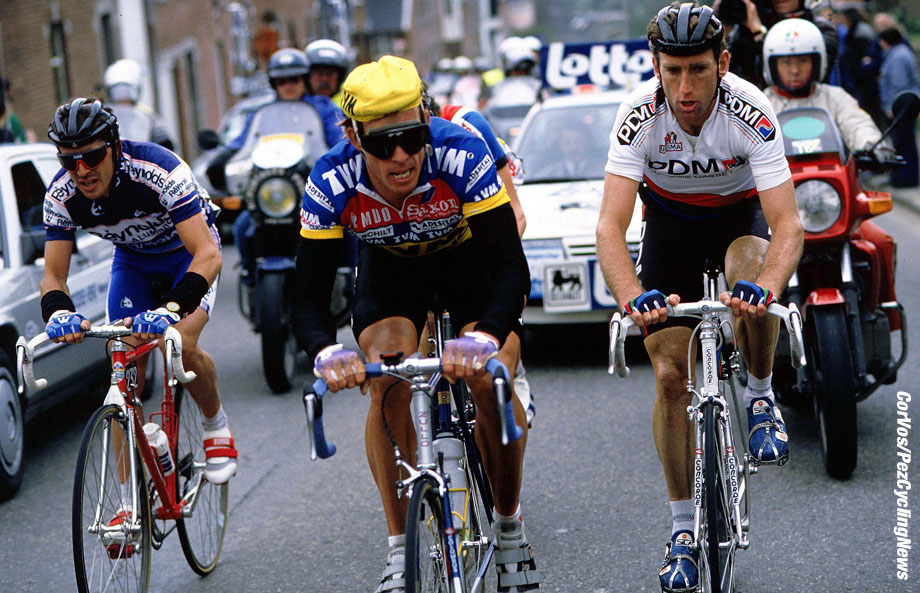 Kelly with Anderson again along with Pedro Delgado

PEZ: You won twice, in ’84 and ’89, which was toughest?
They were both hard in their own way. In ’84 it was in a sprint from a big group; you can never be sure in a bunch sprint situation. In ’89 it was from a group of four, Philipot (France and Toshiba), Delgado (Spain and Reynolds) and Phil Anderson (Australia and TVM) – the survivors of the bunch were getting very close, I was getting nervous that they would catch us, we never had a big gap and if you’ve been away for 50 kilometres, working hard in a break and then get caught late in the race it’s very difficult to then win a sprint. (The bunch, in fact, caught the break right on the line, but the escapees held-on to get the first four placings.) 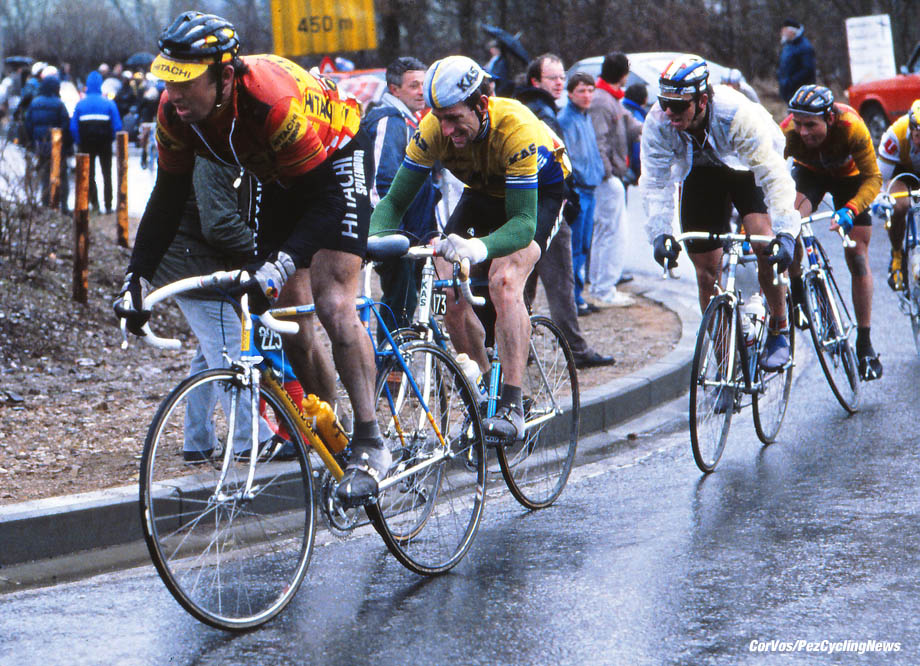 Sean on the wheel of Criquielion, Lemond following in 1990

PEZ: Who were the guys to beat?
Phil Anderson was in very good form on both those occasions – he was second in ’84 and third in ’89, but there was also Fignon, Criquielion, Delgado – all good, strong riders. 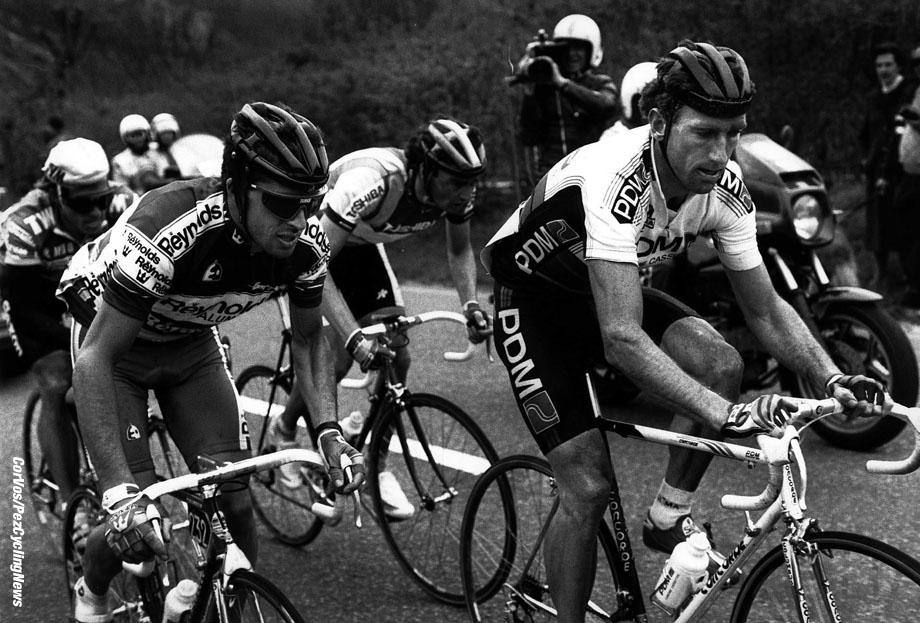 PEZ: The La Redoute climb doesn’t seem to be as influential in the race, now?
In my day it was the last big climb, there was maybe one smaller climb after it but after that it was a fast run-in to the finish in Liege. Now it finishes up in the Liege suburb of Ans, at the top of a long hard climb. If a break went in the 80’s it was hard to get them back because the run-in was so fast, but now a break has to survive that tough finale and it’s much harder to hold-off chasers; so La Redoute isn’t quite so important. 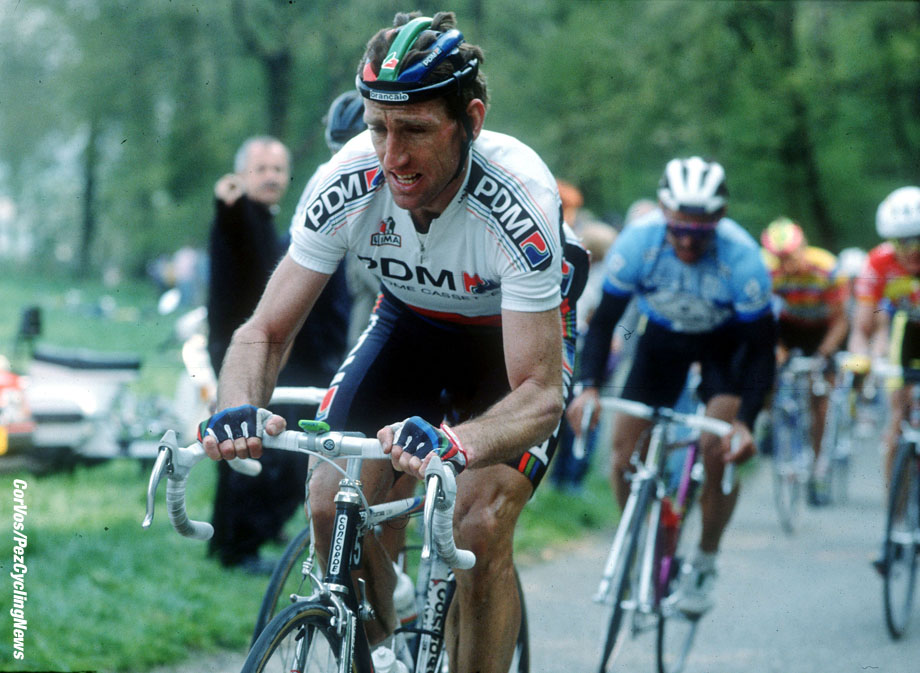 No ‘specialisation’ from Kelly – Strong all season through

PEZ: What do you think about ‘specialisation’ among classics riders, in your day you just rode everything, didn’t you?
When Greg Lemond first started racing he rode a full program, in fact he was third to me at Liege in ’84 but as his career progressed he began to specialise in the Tour, riding fewer and fewer other race – of course Indurain and Armstrong continued the trend. The classics guys followed suit later and now you have ‘cobble specialists’ and ‘Ardennes specialists’ – if you can get-away with it, why not? 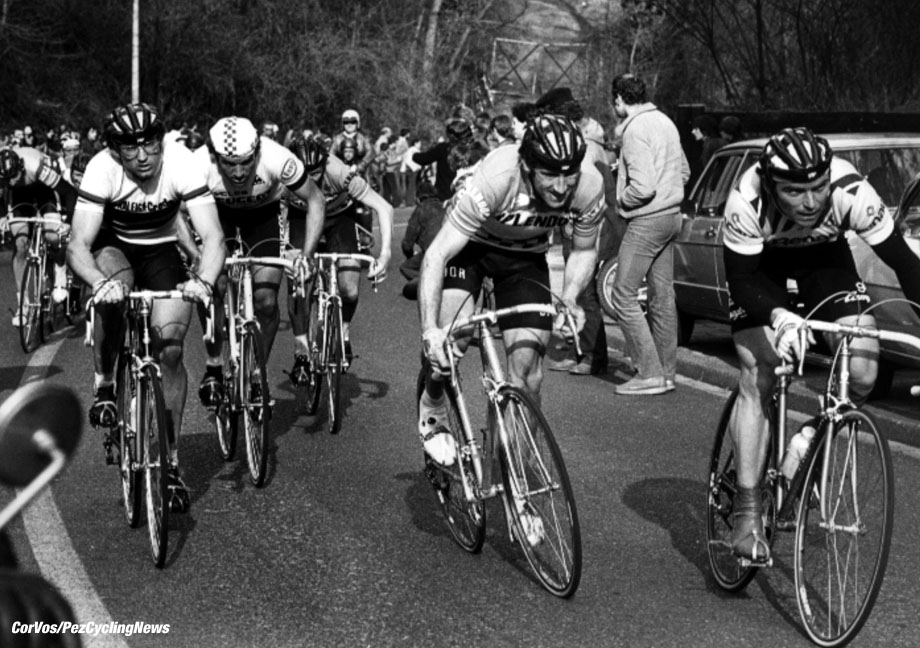 Ten Takeaways: What Suisse & Slovenia Tell Us About the Tour de France

Dollars are Flooding Into Sports – Why Isn’t Cycling Getting…

Ten Takeaways: What Suisse & Slovenia Tell Us About the…

Lampaert Keeps Lotto Soudal Out of the WorldTour by Only…