When it comes to the end of a professional career, some slide straight into the team car while some struggle to adjust – like Wayne Bennington, who PEZ spoke to recently. For some, like Jose Maria Jimenez or Marco Pantani, there’s only a headstone to remember how hard things were for them. But for some, like 40 year-old Englishman, Harry Lodge, the transition, “just happens.”

PEZ: Tell us a little about your amateur career, Harry.
Harry: My first two years as an amateur I rode in England, for Chiltern Road Club. I gained my first category license and made it onto the national squad; that’s where I gained my first international experience, including pro-ams, like the GP Isbergues. I also rode the team time trial at the 1988 Olympics. In 1989, I decided that I wanted to be a pro and went to Belgium, ‘for two weeks.’ During that fortnight I got on the podium twice, one of them in the Ghent-Ypres classic.

A team in Kortrijk noticed me and I stayed with them for the rest of the year; I rode the Milk Race in England, won a stage in the Tour of West Hainault and on my 22nd birthday, I signed a pro contract with La William. 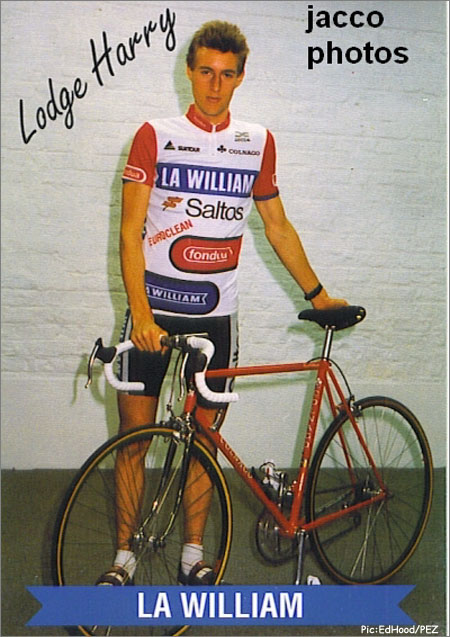 PEZ: You had a long pro career, didn’t you?
Harry: I was pro for 13 years, in those days the average pro career was two years. I was with La William, Colstrop, Tulip, Amore e Vita, Ipso, and Flanders. At the end of 1993 Tulip folded; there was an economic slump in Europe and a lot of pros ended up out of a job. I went south to Italy and Amore e Vita, which was a smaller team.

That was unfortunate because I was just starting to mature as a rider; I was becoming a lot stronger.

PEZ: What was your best result?
Harry: I won the GP Anderlecht and a stage in the Tour of Bayern. I had a lot of podium finishes and reckon that if my sprint had been just a little better, I would have finished my career with ten wins. I rode just about everything you can ride as a pro, including the Vuelta and Giro. The only races I didn’t ride during my career were The Tour, Paris-Nice, Het Volk, and Gent-Wevelgem.

PEZ: Describe yourself as a rider.
Harry: I was a very good ‘rouleur’ who would always take responsibility in any break I was in. I was also a good lead-out man, particularly in stage races. 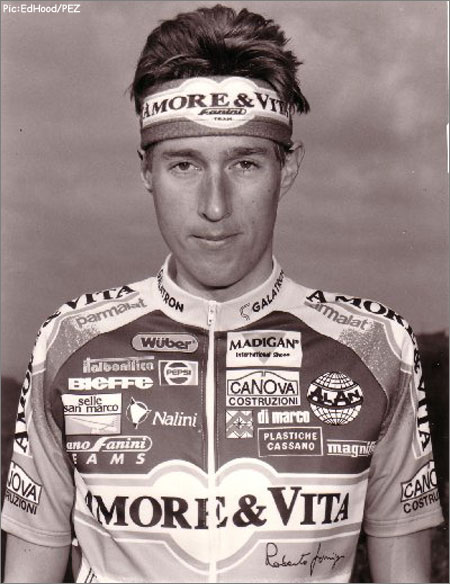 PEZ: Who impressed you as a rider and as a DS during your career?
Harry: Jose de Cauwer was one of my DSs and I learned so much about the protocol of professional racing from him. As a rider, it would have to be Sean Kelly and not just for his palmares: despite his success there were no airs and graces to him, and the fans loved him for his character.

PEZ: Did you plan to stay in cycling, after you retired from racing?
Harry: No, not at all, I was actually going to teach English in Italy. When I was nearing the end of my career with the Flanders team, one of my team mates, Chris Tonge from Scotland, decided he was going to put a team (Endura) together and asked me to help. One thing led to another, and we got the squad together – it lasted for about a year. I’ve never been one to talk about “what I’m going to do.” A lot of people talk to the press before they’ve done anything, I prefer to keep things to myself until it’s done. Like I said, it wasn’t a planned thing, but I was never scared of moving back to civilian life; I had business interests in the ‘real’ world – a sports clothing company.

PEZ: Where does the satisfaction come from in being in management?
Harry: Riders giving 100% is what it’s about for me, that, winning and getting riders on the podium. I managed the Nippo continental team for two years and we gained 17 wins, that was very satisfying. It’s also great when you help a rider get the best out of himself. Paradoxically, something that I’m proud of is telling two riders to; “stop.” They were in their thirties and chasing dreams that weren’t going to happen. Within a year I met both of them again; they thanked me and said I had been right, they were still riding their bikes but weren’t fooling themselves anymore. 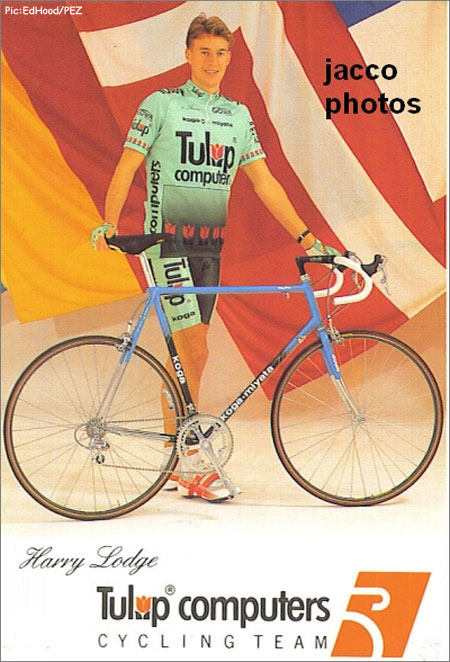 PEZ: Is becoming a ProTour manager or DS on your agenda?
Harry: Everyone’s ambition is to be ProTour, but you need a huge amount of money and it’s very difficult to retain control. It’s OK being a DS, but you need to know what’s happening with the budget. I have my own management company with my current team (KFS Special Vehicles) and know what’s happening on the financial front. Cycling is a seductive sport: it’s easy to get carried-away, over-commit and find you’ve no money left and there’s still half a season to race!

PEZ: If you had your time over, what would you do differently?
Harry: Nothing, I’ve no regrets, it was a shame that Tulip folded when it did, but if I was 21, I would do all the same things. In fact I would love to be racing these days with all the new equipment and technology. Cycling is a great leveler, every rider has to suffer, no matter how good they are, in that respect, it’s a sport which has equality.

* In the second part of his interview, Harry will explain how you go about putting a continental team on the roads of Europe. *