The last time we spoke with Brian Vandborg (Liquigas & Denmark) he had just helped Sicilian team mate Vincenzo Nibali to victory in the San Luis Tour in Argentina. Catalonia is a little closer to home, but there’s no rest for the wicked and Brian is still grafting hard.

PEZ: A good Catalonia for Liquigas, Brian?
Not bad at all, but we’d hoped for a little better. A lot of it came down to the time gained and lost in the prologue – but it was technical, wet and nasty; we agreed that we’d take no risks. Normally our team leader, Roman Kreuziger would have finished well up in a race like that, but he took no chances. 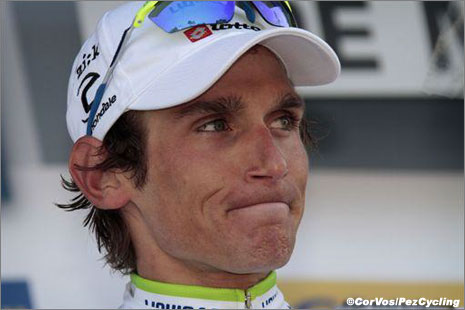 PEZ: Was Catalonia a goal in itself or just part of the Giro build up?
With Roman on the team we had a good chance and all of the Pro Tour races are goals for us. We also had Ivan Basso on the team, part of our being there was to practice riding for Ivan. He hasn’t raced a lot this year and lacked a little but it was part of his build up. 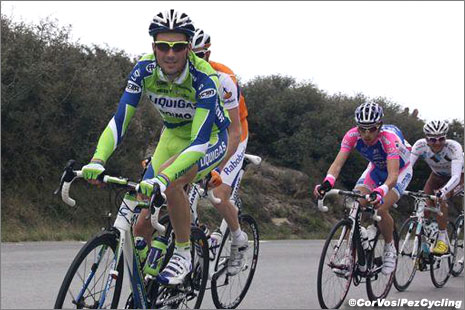 PEZ: What was your role in Catalonia?
To look after Roman and Ivan; with two guys to do that for, it’s quite difficult. Stage one was no problem but on Wednesday it was hard work; but first Roman and Ivan had to figure who had the best legs. The finish was off a very tricky descent, personally I think it was inappropriate for a race of that level – small roads, lots of gravel. 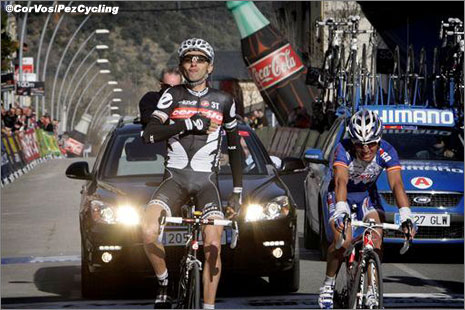 Tondo and Rodriguez rode away on the Queen Stage.

PEZ: Some guys use Catalonia as preparation for the Northern Classics.
The parcours are tough and it was the same guys as Paris-Nice; Rodriguez, Tondo, Sanchez. The guys who do well at Paris-Nice tend to do well here, then they’ll focus on the Ardennes Classics. I suffered a little bit more than I expected; the parcours took a lot of us by surprise – the profiles in the race bible weren’t the best. You can see from the results that it was mostly local guys who knew the roads who were up there – they had the advantage.

PEZ: Voss from Milram who won the prologue was a surprise.
A big surprise – yes. But he got third on another stage so he was obviously strong. In the wet conditions, some guys took a lot of risks – but like I said, we decided no to. 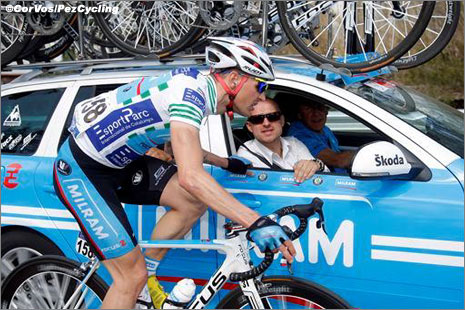 PEZ: And Cav’s back.
He was suffering badly on the climbs but Columbia did a terrific job for him on that stage he won. They’re very impressive at controlling it and delivering him; even though he’s not at 100% it’s pretty hard to beat him with a team like that around him. 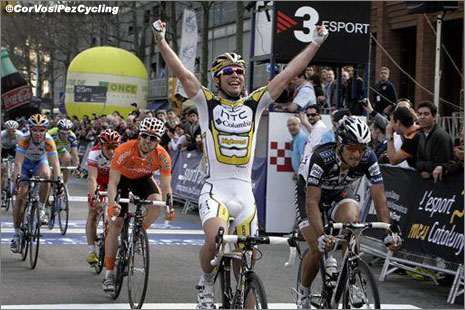 PEZ: Is Catalonia a race you love or hate?
I enjoyed it in 2009, it was my first race last year and we had no leader so I had freedom to ride as I wanted. This year was tougher, we had specific tasks to do for our leaders; and I think that the roads were smaller and it was windier. Because of that I didn’t enjoy it so much this time; I bonked terribly on Wednesday and the last kilometres were like a never ending story for me!

PEZ: How were the hotels?
The hotels weren’t bad but some days we were in big tourist hotels and the food wasn’t the best. We had the rice and pasta, but we were scared of the salad – the food is OK for tourists, but they don’t have as sensitive stomachs as us. 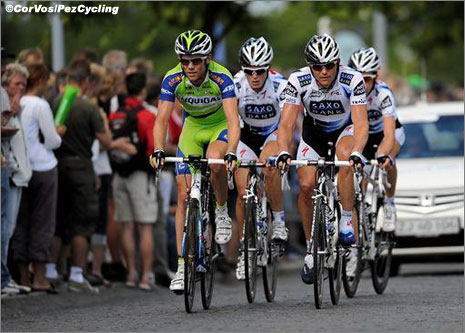 PEZ: The young Slovenian, Kristjan Koren was strong for Liquigas.
He rode a very good race, the last stage was just a little too hard for him and he lost time, or he would have been top ten. I wasn’t too surprised by how strong he was, I raced against him a couple of years ago when I rode for a smaller team and I remember him being a good rider. 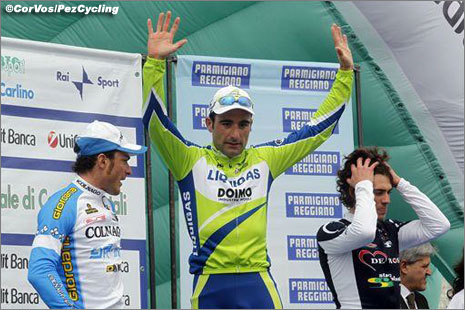 PEZ: Liquigas is a big team, you have at least two programmes – do you keep in touch with what the other Liquigas guys are doing?
For sure; we had a team at the Coppi-Bartali where they were riding really well – we followed that every day. Francesco Chicchi won the first stage; we won the TTT and Ivan Santaromita won overall. We were all really happy for him, it’s biggest win and usually he works really hard for the team.

PEZ: Do you speak Italian?
Yeah, I do all right at it but I’m not fluent. None of the staff speak English and only a few of the riders, but in a way it’s a good thing because it disciplines you to learn the language. I spend most of my time in Tuscany now, so it’s good that I learn

PEZ: Danes tend to be reserved, whilst Italians can be larger than life.
I think that this team is a bit different, it seems more North European but you need a few lively guys – it’s a good mix. 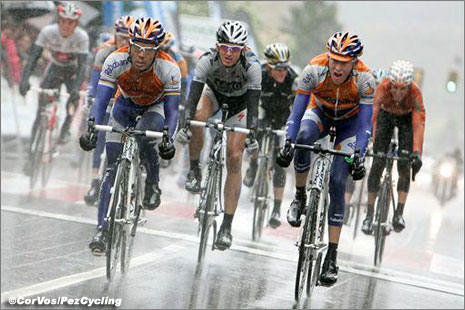 Pays Basque can be a miserable affair.

PEZ: Pays Basque can be a bit wet and wild.
Oh yeah! I’m not that excited about the prospect, it’s a tough race – like a Classic every day, small roads, tough climbs and bad weather. When it’s like that, I’ll think of the good it’s doing me for the Classics!

PEZ: Did you follow the Worlds at Ballerup?
I know Michael Morkov, we were on the same team; I think they were unlucky in the madison. Rasmussen was way superior in the scratch, though – he kicked some ass! I think that Alex has more watts than Cav, but Cav has more determination and self confidence than anyone I’ve ever seen in the sport. 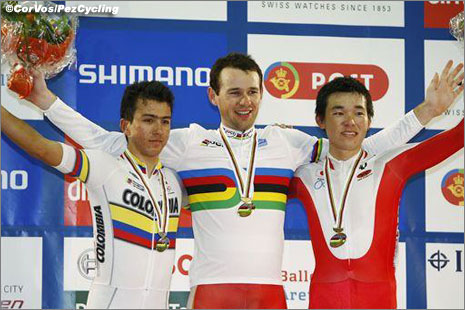 I was on the track for the first time in my life just three weeks ago; I was there to find my best position on my TT bike – it was pretty scary!

PEZ: And your favourite thing, between races?
Being at home by myself for half a day; my coffee machine – and my balcony! Now that spring is here, I like to sit out on my balcony with a coffee and just chill. It’s chilled here in Tuscany, we have the important things – like nice cafes where you can relax. Much needed after the stresses of pro racing!

***
with thanks to Brian for his insights, hopefully it won’t be too long before we talk to him, again.