Hi there everyone! A couple of weeks have gone by since I rode my favourite race of the year. It was a bit of a mixed feeling I arrived with at the velodrome in Roubaix. I had done everything in my powers to be ready for that one day and I can put my hand on my heart and say that there wasn’t a single thing I could have done better to get myself ready.

That is a very nice feeling to have as you stand on the start line. The race itself went really well for a long time, then at the forest of Arenberg I hit a hole and I thought I would have some problems with my shoulder after that, but nothing came out of it apart from a slightly messed up rear wheel.

That wheel got worse and worse over the next couple of sections and I
eventually had to change it. Right as I stopped and changed my wheel the
first real increase in speed came and I ended up chasing for quite a while before I got back on. When I did, I ended up right at the back of the main group as we hit the next section of cobbles. Then splits in the group appeared and I had to close gaps. This went on for quite some time before I finally couldn’t close any more gaps and ended up in a group off the back. I still finished the race and I must say that I was quite happy with that. After all, there was only a handful of people who thought that I would actually be ready to race, never mind finishing or being in contention for such a long time. 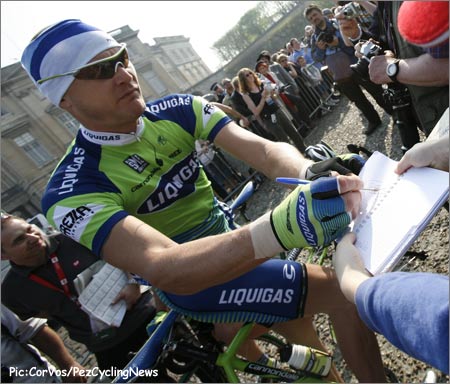 Maggy felt 100% at the Roubaix start in Compiegne.

So after the race I was waiting for some kind of reaction from my shoulder, as I sat in the car driving back home I was very surprised that nothing had come of it. But after 2 hours it came. It was hurting that much I didn’t know what to do with myself, almost a state of panic. We then had to stop and find some ice to keep it cooled down. That helped a lot. On the Monday morning I went in to London to see my physiotherapist Matt Rabin. He helped me out and the shoulder stayed pretty good after that. A big part was also that he was able to tell me that it was all muscle related and nothing mechanical had been messed up.

In between racing and training I have also managed to fit in some
commentating which I love doing and I hope I can continue to do so in
the future.

The last week has been very good training wise, I have done some very
good rides and I’m feeling quite good on the bike, and from now on there
will be a lot of training up to Catalunya which is the next race I’m doing at the end of May. 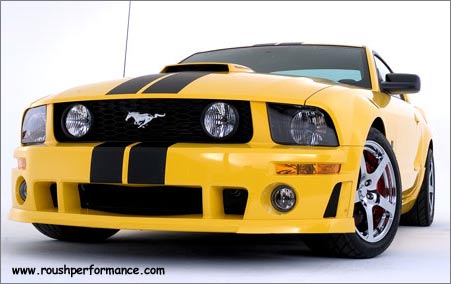 Boys Toys:
• Roush Mustang
(if someone feels like sponsoring me with my dream car that would be
very nice.)

• TT warm up music: not so much music, but I find that the Allblacks HAKA
is very good to finish off the warm up with to get in to war mode. We
played this on the bus going to the start of Roubaix! All the boys were fired up for battle after this I can assure you…
• PEZ-Fan Kelly Underwood sent us a better link to Haka on YouTube