He won the Italian time trial championship, he won the final stage of the Giro and with a brilliant last stage attack in the Tour of Ireland, he wrested the yellow jersey from leader, Russell Downing (Pinarello) to take the overall win – he’s Columbia’s Marco Pinotti and he took time to tell Pez about the best season of his career.

PEZ: Congratulations Marco, at the start of stage five did you think you would be the overall winner at the end?
Marco: I hoped I could be, but I didn’t know, it was just a ‘hope.’ Apart from anything else, I didn’t know what the finishing circuit was like. 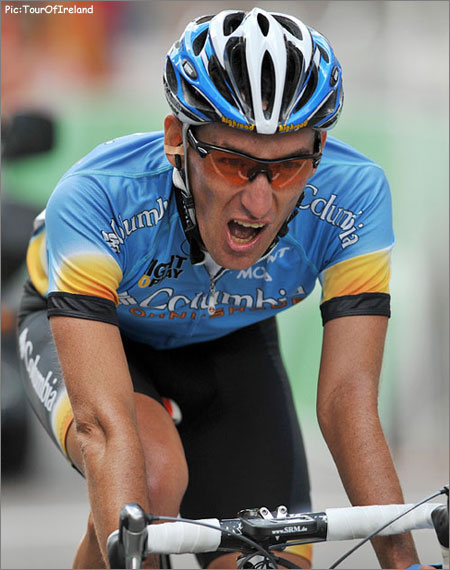 PEZ: Tell us about the Columbia plan.
Marco: We wanted Bernhard Eisel, Morris Possoni or Frantisek Rabon (eventual stage winner) to go with the early break and take the pressure away from Michael Barry and myself.

This would mean that we didn’t have to contribute and could attack in the finale. That’s exactly how it worked out, I attacked, got the gap and stayed away to take the overall. Normally you make plans and they don’t work out, but this time it was perfect! 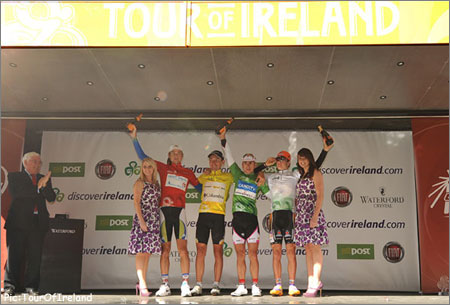 PEZ: How do you rate the Tour of Ireland?
Marco: I rate it highly, for a number of reasons – it’s well organised; it gets a lot of coverage in the Irish press, the stages are good, not too long or too hard; the hotels are good and there are no long transfers.

I think it has a nice future and compares well with many continental races.

PEZ: How do you rate Russell Downing?
Marco: I didn’t know him before stage four, when he took the stage and the jersey. He’s a very good fighter, he was alone on the circuit on that final stage and followed every attack; he was even on the attack himself. At one stage I was thinking that it would not be possible to win, because he was so strong.

He only made one mistake, which was to have his team working too hard before the finish circuit – the break that was away did not contain anyone dangerous for GC and Pinarello could have ridden a little less hard, so as they had something left for the circuit. 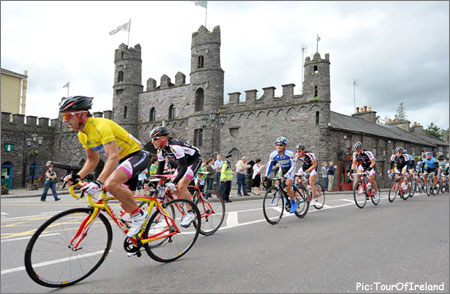 It’s in the mind; if you see the yellow jersey with a team mate or two, then you think that he has things under control and you are less inclined to attack him – his team mate’s very presence is important.

But if he’s on his own, then you are encouraged to attack him because he is isolated. Downing is a very brave rider though.

PEZ: This has been your best season, why?
Marco: There are several reasons, I am maturing as a rider, every year I get a little better; I train more specifically now; Columbia is fun and entertaining; in my early seasons as a pro I had some minor injuries which broke the continuity of my career, but since 2004 I have had no interruptions and my endurance has developed.

And I think that cycling has reached a turning point in the war on drugs, the real talented riders are coming through.

PEZ: How different is Columbia from T-Mobile?
Marco: The management team is the same, so there’s no difference there; probably the biggest difference for me was with the presentations at the start of the year. With T-Mobile, all eyes were upon us because it was such a big, high budget team. But with Columbia we had the presentation in California and it was much more fun and relaxed. 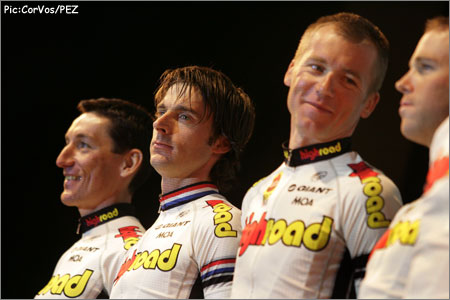 PEZ: You won the closing TT in the Giro, very hard for a specialist to do – usually it’s the GC guys who fight it out.
Marco: The Giro was very hard and the GC guys were climbers, rather than time triallists. I wasn’t so good in the middle of the Giro, so I decided to save myself as much as I could for the final time trial.

The two stages before the time trial were very hard and the GC guys were low on fuel – that’s where cycling has changed for the better, with the war on doping.

Now, if guys make a big effort, they are tired the next day. Last year in the final time trial of the Giro, after fighting for the GC all through the race, my tank was empty, all my energy was gone. 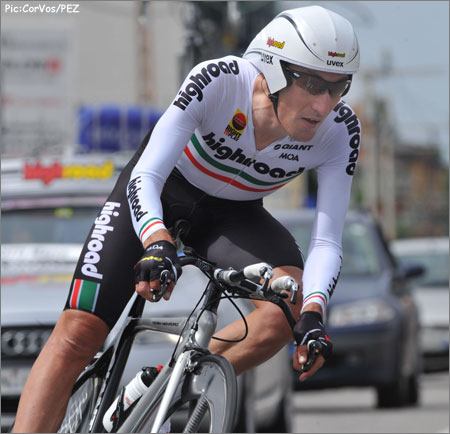 PEZ: You have many TT specialists at Columbia – do you ‘talk time trials’ with them?
Marco: Yes, we have Adam Hansen, Bradley Wiggins, Tony Martin; and the team places emphasis on the time trials. In San Luis Obispo, at the training camp, ten of us went to the wind tunnel at San Diego, and we made some great improvements.

The team did a lot of testing of wheels and handlebars whilst Giant developed a new frame, the previous frame was already good but the new one is very good. Now we have the best positions and the best equipment.

PEZ: TT tips for our readers?
Marco: In time trials, ‘repetition is the mother of perfection,’ – pace judgement is everything. You should be riding the second half of the race at least as fast as the first half, you only learn this by practicing – either in training at race pace or by riding a lot of time trials.

PEZ: Are you an ‘equipment fanatic?’
Marco: Not really, the only choice is of front wheel – always the disc at the rear, the front according to the course, for aerodynamics or lightness.

I have found the position that gives me the best balance of power and aerodynamics; the equipment we ride is good and I don’t get crazy about it. 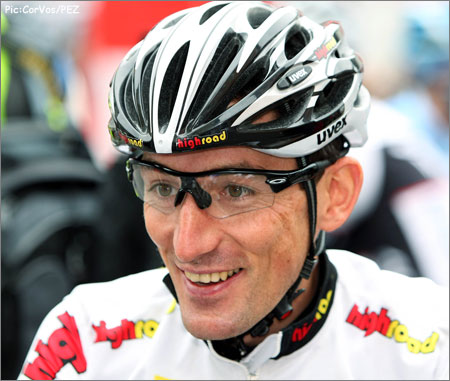 PEZ: Goals for the rest of 2008?
Marco: Next is the Tour of Missouri, at the team meeting we will decide who is to be leader. Then I have the Worlds time trial and I would really like to do a good ride in the Tour of Lombardy.

PEZ: 2009?
Marco: I am with Columbia again; my contract was for two years, this is good for me, I am relaxed – I always perform best when there is no pressure like that upon me.

I am looking forward to seeing the Giro parcours to confirm if it is possible to ride the Tour and Giro next year.

PEZ: What’s it like having “Cav” on the team?
Marco: He is a clever rider, sure he talks a lot, but he is a very smart guy. He’s nice, friendly, but already he knows how to lead a team – he is more mature than his age.

Mother Nature gave him gifts, but you need passion to make the most of those gifts – he has that passion. He won the world Madison championships on the track, then stages in the Giro and the Tour – he went to Beijing and was winning again in Ireland as soon as he came back. 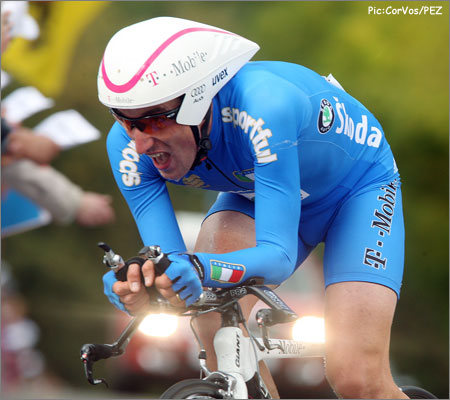 Pinotti would dearly love to take the top step at the World TT Championship.

Leipheimer is going well, but I think that Contador will come into his own in the mountains and will win.

PEZ: If you could win just one race?
Marco: The world time trial championship!

With thanks to Marco for his time and wishing him all the best for the rest of 2008 – particularly at Varese.