Moving Toward Worlds With Rubens Bertogliati

The ink is barely dry on the Vuelta finishing sheets and we’re talking “the Worlds” – why? Because it’s our job, sir! Our man at Mendrisio for the ‘cronometro’ and ‘corsa in linea’ will be pro of ten years, former Tour de France yellow jersey holder and reigning Swiss elite time trial champion, Rubens Bertogliati (Diquigiovanni). We thought we’d catch up with Rubens before the Worlds, just to set the scene.

PEZ: Are you familiar with the Worlds courses, Rubens?
Rubens: Yes, I know them both very well, Mendrisio is only 15 kilometres from my home in Lugano; I raced and won on these roads when I was young rider. The time trial course is not technical; it is one for the specialists, the lap is 16.6 kilometres with one climb, there are only 120 metres of elevation per lap – elite riders cover three laps. It is a course for Cancellara; I think that David Millar and Bradley Wiggins are perhaps the only two riders to challenge him, but you saw Cancellara in the Vuelta time trials – he was so strong.

PEZ: And the road race?
Rubens: The circuit is short; last year the lap was 18 kilometres, this year it is only 13.8 kilometres, to be covered 19 times. The circuit gives you no time to recover; the climbs in themselves do not seem difficult, but the last five or six laps will be very hard. On the second climb, I think that the gear will be 39 x 21 with the strong riders on the 19, perhaps. It is for the man with a strong sprint after a lot of climbing – the total climbing is 4,655 metres over the 262 kilometres.

PEZ: Favourites?
Rubens: I think that it is likely a Vuelta contender will win; a stage race like that gives you form that no amount of training can. It is a circuit that will suit Valverde; with Cunego also one of the favourites – but when you look at how Boasson Hagen has gone in Britain, he must be considered. It’s the end of a long season; at the start of the year many, many riders have good form and are going well; but now there are fewer riders who are capable of winning.

PEZ: Your team mate, Scarponi has had a good year.
Rubens: Yes, he is selected for the Worlds – he wants to win!

PEZ: You are riding both races.
Rubens: Normally, I prefer to ride both, I think that if you make a strong effort in the time trial on the Thursday, this helps your preparation for the road race on the Sunday. 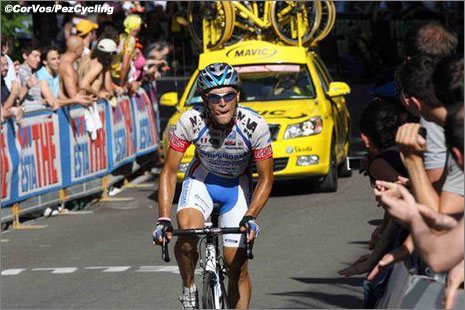 PEZ: What would you consider good rides?
Rubens: In the time trial I would like to make the top 15; the top ten would be special. I think last year I was 24th in the road race; I would like to improve upon that.

PEZ: Are the Worlds still ‘special’ for you?
Rubens: I have been a professional for many years; but the World Championships are a big event and it’s always an honour to ride them – especially in front of a home crowd, where people know me and will be cheering for me.

PEZ: Are you happy with how 2009 has gone?
Rubens: Yes, I was happy with how I went through the Giro and up until the Swiss championships, I had a few problems during the summer but now I am coming back to my best form.

PEZ: How has Diquigiovanni been for you?
Rubens: The team has been absolutely right for me; remember that in the middle of February I had no team – H2O had fallen through and I was wondering what I what I was going to do. I owe thanks to Savio and the management staff at Diqui for giving me giving me a contract. 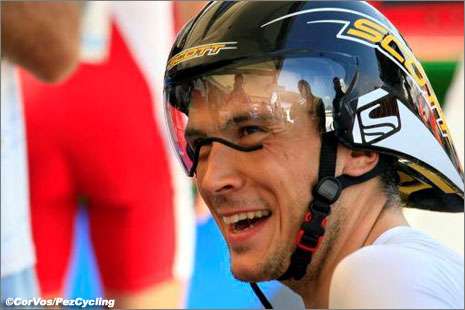 PEZ: What was the highlight of your year?
Rubens: To win the Swiss time trial championship; that was very satisfying and to wear the national champion’s jersey is a dream come true.

PEZ: Are you racing right to the end of the season?
Rubens: Oh yes, Diquigiovanni is an Italian team and the home programme is very important; we have the Giro del Lazio, Coppa Sabatini, Giro dell’Emilia, Milano-Torino, Giro de Piemonte and Giro di Lombardia. My season ends the day after Lombardia; October 18th in the Chrono des Nations – I was fifth last year and hope for a good performance.

PEZ: Then it’s your winter break.
Rubens: Yes, I will have three or four weeks off; but I do other activities, I go swimming and mountain walking. I like to start early, mid-November, this is because if the weather becomes bad then you have already kilometres in. 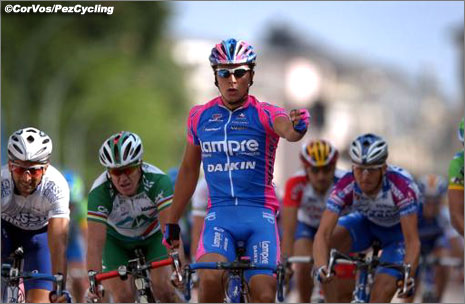 Rubens has been a pro for ten years – and he’s just as keen as ever to race his bike.

PEZ: Ten years a pro – still as keen?
Rubens: Perhaps I am more selective about my programme; but yes, still very enthusiastic!

***
With thanks to Rubens for his time; he’ll be talking to us again after the time trial and road race.