Rider Interview: An American riding for a Spanish WorldTour team… There has not been many of those, but Matteo Jorgenson from Idaho is exactly that and he likes the northern Classics. Ed Hood caught up with the man from Boise to hear all about it. 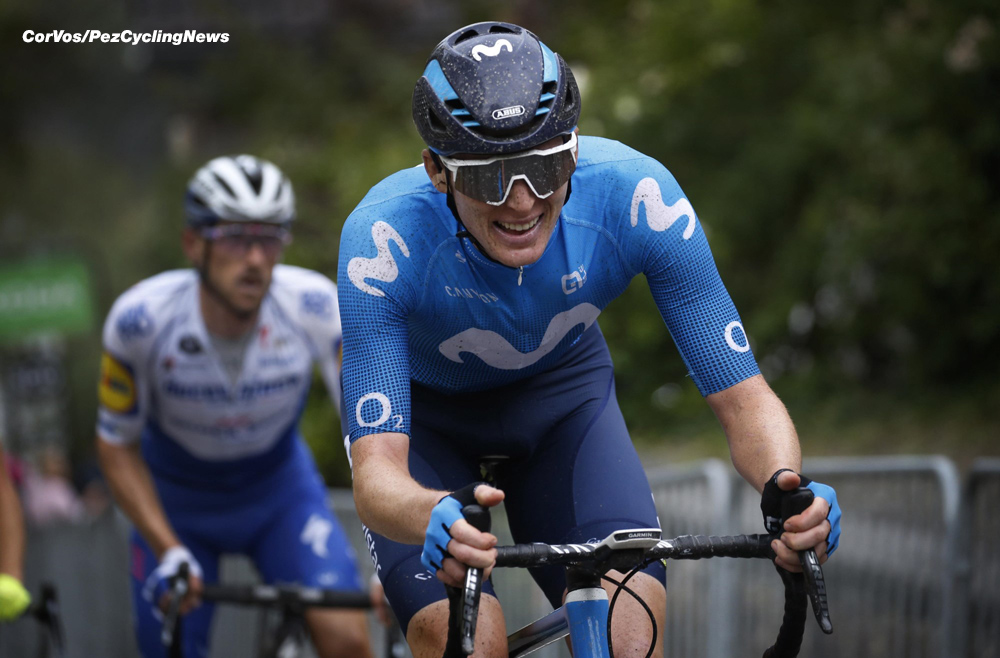 Regular readers of PEZ will know that Viktor, our Scottish pundit and mentor really only has time for Belgian hard men – ‘Kermis Kings’ at the top of the list, then ‘Cobbled Classic Kings’ he’s never really been the same since Nico Eeckhout and Tom Boonen quit. So imagine our surprise when he started singing the praises of a US rider; and a US rider on a Spanish team at that – Vik refuses to acknowledge the existence of the Vuelta due to all those mad ascents. Movistar’s Matteo Jorgenson is the man who’s the object of Vik’s approval, we just had to have a word with the 22 year-old from Boise, Idaho. 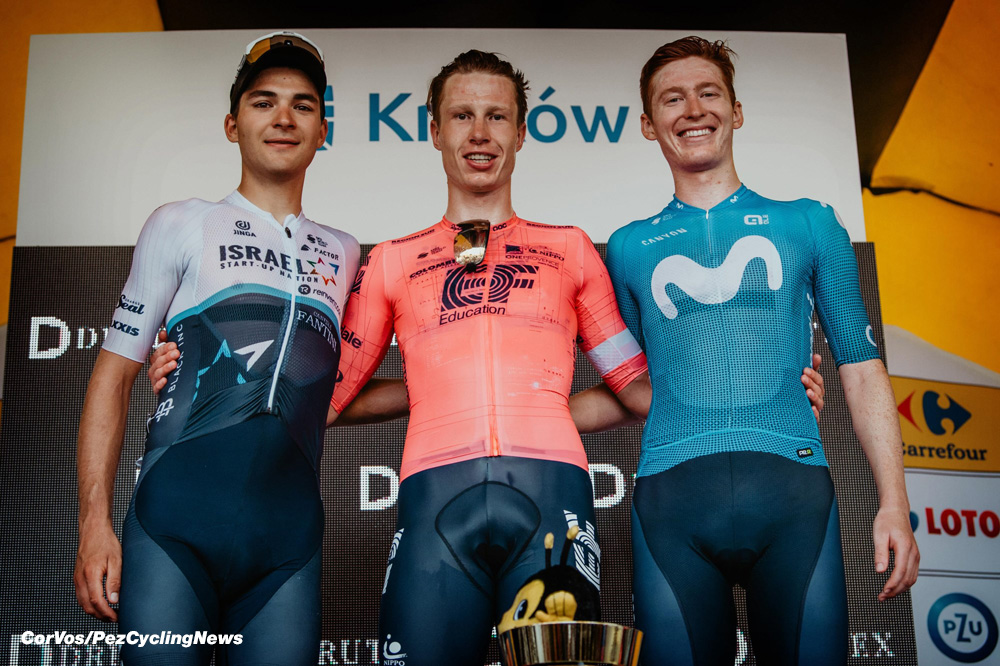 PEZ: Is cycling a big thing in Boise, Idaho, Matteo?
Matteo Jorgenson: It’s pretty small but used to be a lot bigger, I got into it via a good club for kids called BYRDS, that’s Boise Young Rider Development Squad; EF pro Will Barta came up through the ranks from there too. We’d do group rides and from there I got into competition.

Matteo Jorgenson talks about his ride at the time trial, the success of the Boise Young Riders Development Squad and some pre-ride advice he received from his older brother, Kristo.

PEZ: From there you went to the Hot Tubes team.
I was invited to join, it’s one of the best junior development teams around; they provide good support including supplying a bike and organise a trip to Europe to race, every year.

PEZ: Season 2016 saw you ride in some big Euro junior races, like the Trofeo Karlsberg in Germany and Tour du Pays du Vaud in Switzerland.
That was with the US national squad, I’d raced in Europe before but that year I felt I was competing, not just surviving. 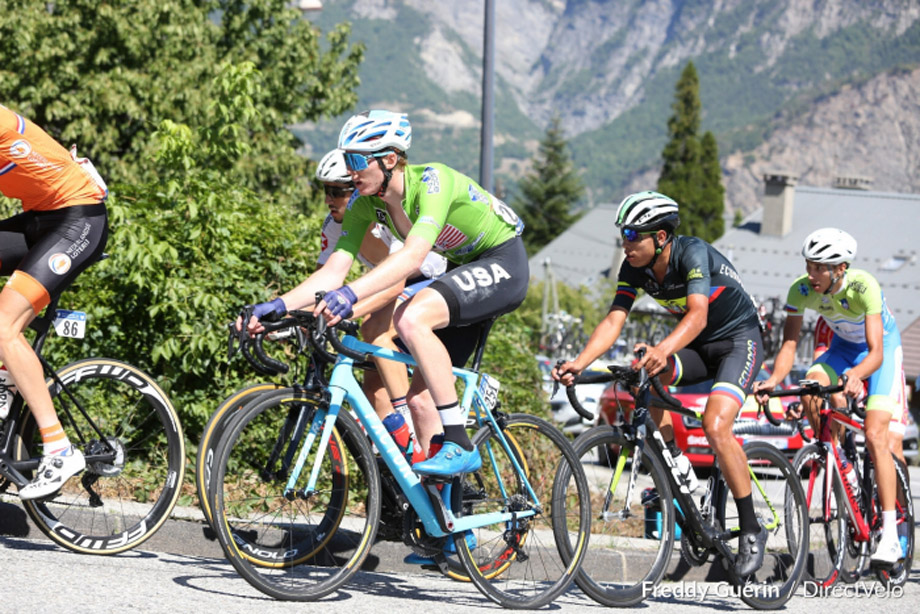 With the U23 USA team 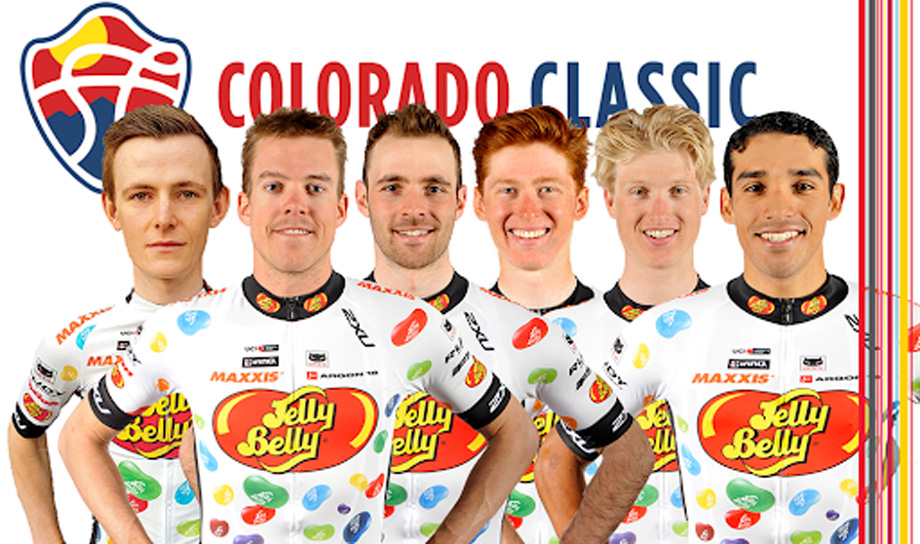 PEZ: US team Jelly Belly for 2018.
I had been emailing teams with a view to getting rides in European as well as US races.
Danny Van Haute from Jelly Belly offered me a ride and supported my riding for the US national u23 squad. I rode the u23 Ronde van Vlaanderen that year and whilst I was nervous and didn’t know what to expect I could see that my level wasn’t so far away. 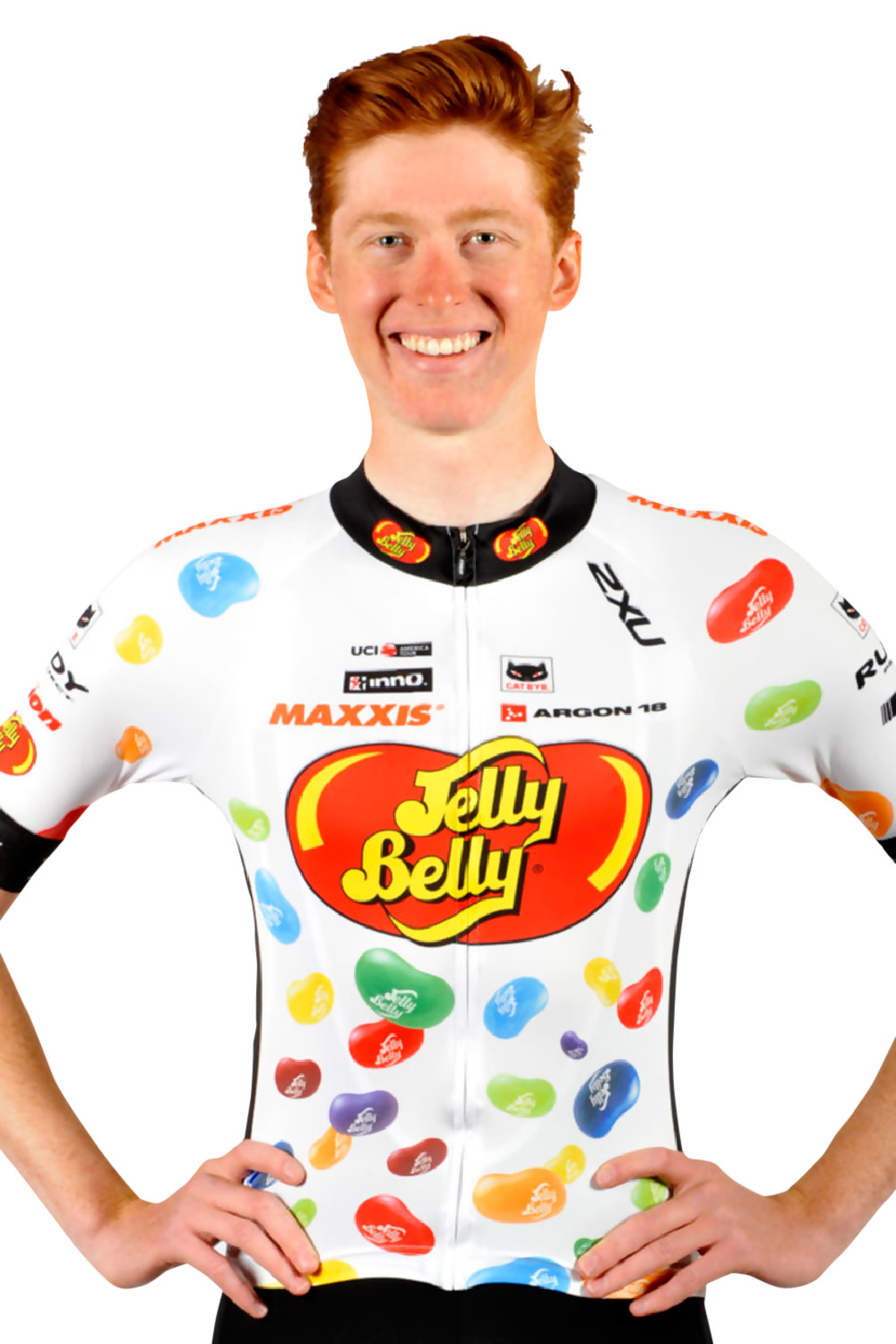 PEZ: 2019 you were with Chambery Cyclisme Foundation; that season was a bit of a roller coaster for you.
Chambery was a good experience, they sent me to language school for the spring, 09:00 am until 12:00 noon every day and I learned to speak French. I was fourth in the Ronde de l’Isard which is a tough u23 stage race in France but then I crashed in the u23 Paris-Roubaix. It was just before a decisive sector, a kid crashed on my inside on a corner and I came down, a disc rotor cut my calf muscle to the bone. I was back for the end of the season though with four top six stage placings and the overall points classement in the Tour de l’Avenir. 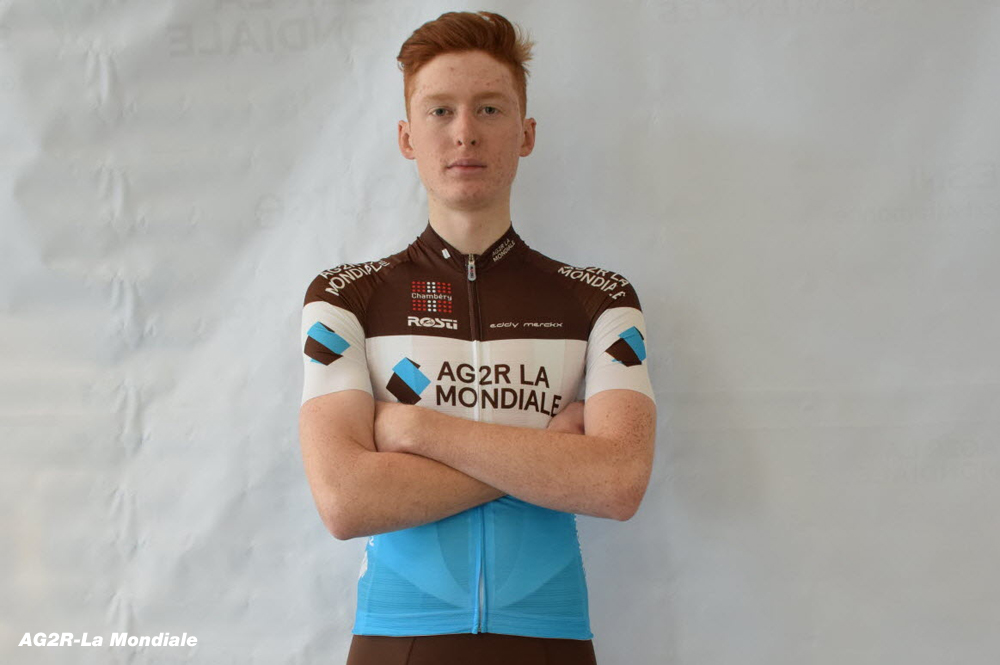 PEZ: Stagiaire with AG2R at the end of the season.
Yes, they wanted me but I decided to wait a little and Movistar made me a good offer for 2020. 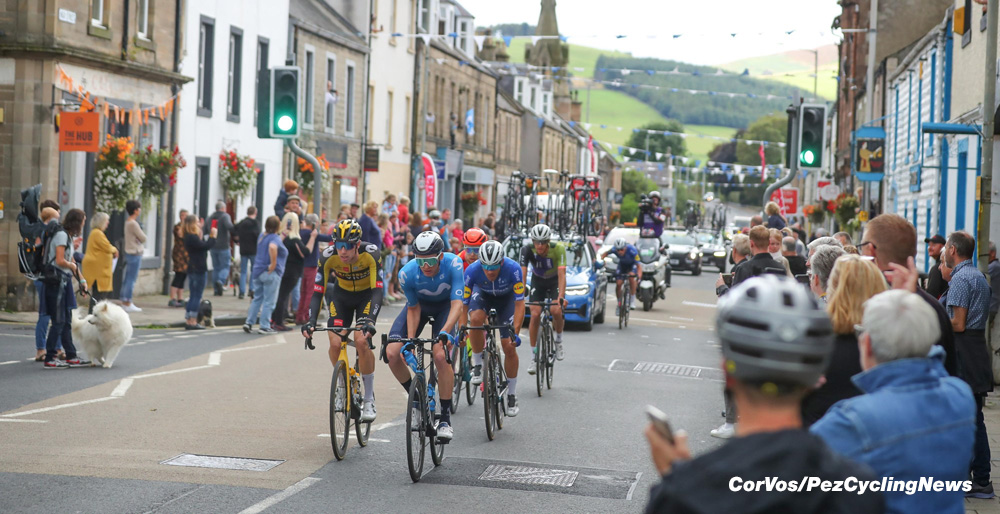 Through a Scottish village in the Tour of Britain

PEZ: Season 2020 started with a big culture shock for you, Tour Colombia 2.1 then Het Nieuwsblad.
Yes, we did a month long altitude camp in Medellin before Tour Colombia so the climate swing from there to Flanders was extreme, for sure – then Covid came along. . . 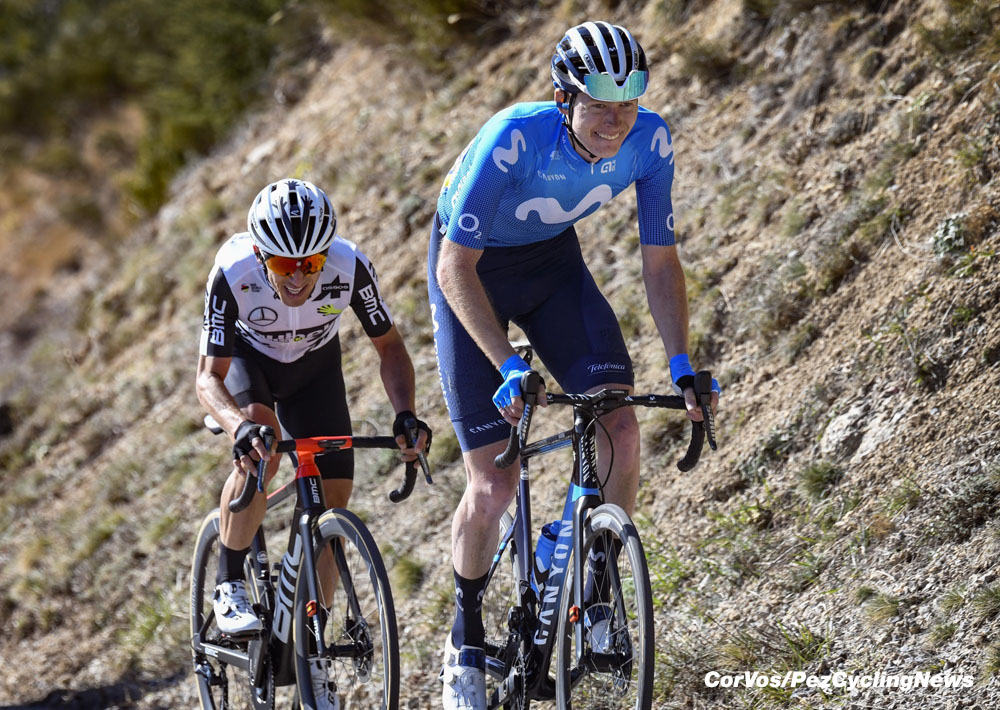 PEZ: Top 20 in Milan-Sanremo, post-Covid, was a nice result in your first year as a pro.
I surprised myself, I just wanted to finish it – we didn’t have a designated leader for the race so I had an opportunity. I decided to wait and see how things went on the Poggio, it’s not a super hard climb but the speed up there is crazy, it’s like the finish line is at the top. I finished in the group behind Van Aert and Alaphilippe at two seconds. 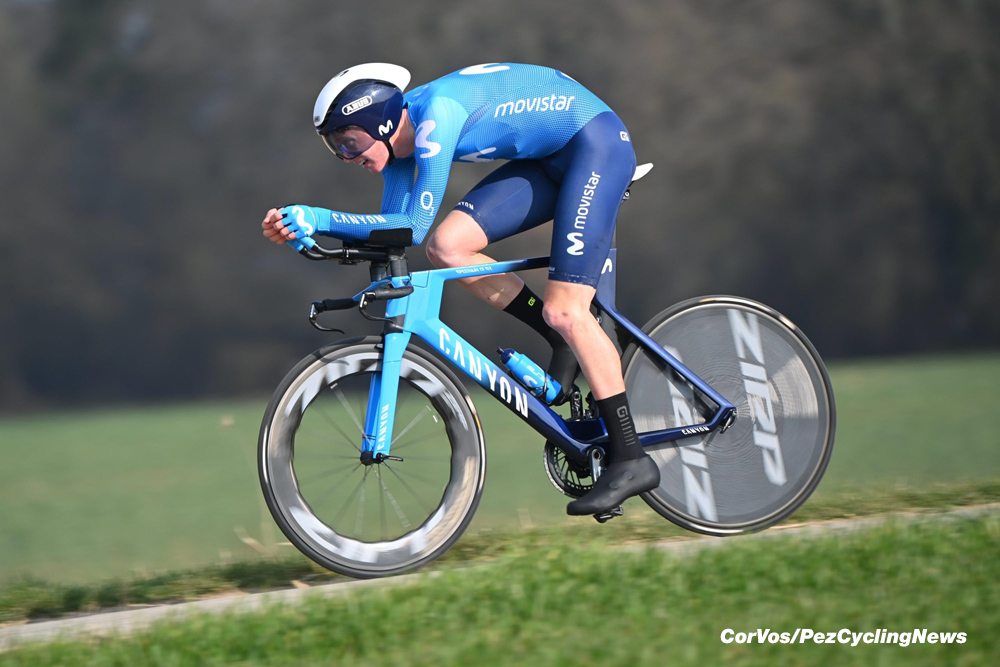 PEZ: Top 10 on GC in Paris-Nice this year, another nice result.
I was super happy with that, it’s a challenging race and the first time I was given the opportunity to lead the team; to have legends like Imanol Irviti and JJ Rojas shepherding me was a special experience. I’m beginning to form an opinion on where my career is headed; I’m not ‘all in’ down any one avenue and I’m not sure that the overall in stage races is an option, I’m a pretty big guy so I’m always going to suffer in the mountains. However, I’m pretty good at focusing on a particular stage or single day race. 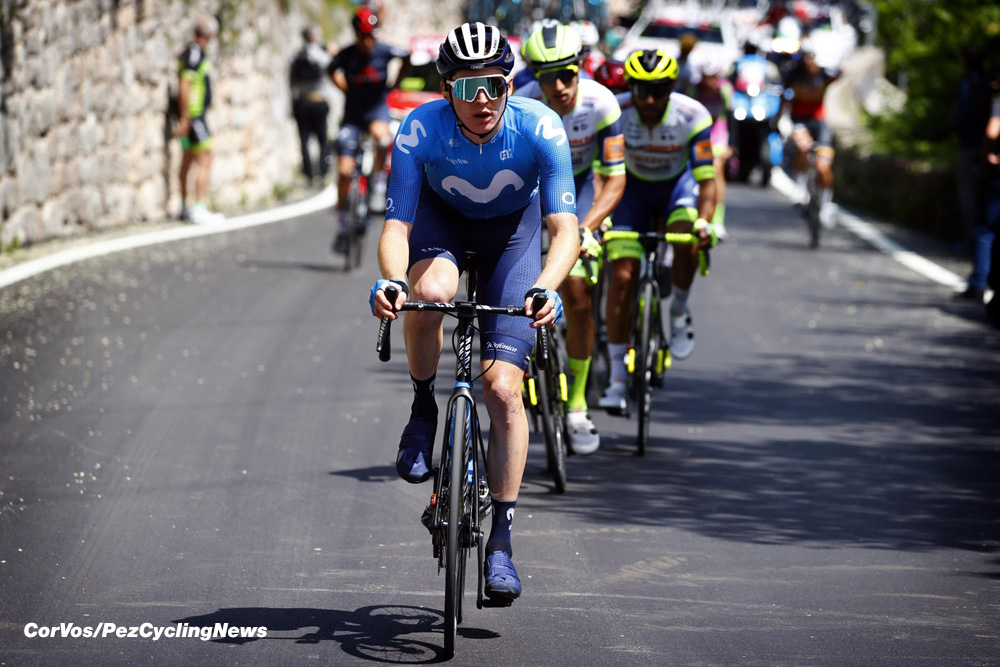 PEZ: Your first Grand Tour, the Giro – has it changed you as a rider?
I think maybe that the concept of it changing you as a rider is over-hyped but I would say that whilst I feel like the same guy I definitely don’t suffer as much in the last hours of a race; now, in the final of a four to six hour race I can handle it – and that’s down to having ridden the Giro. 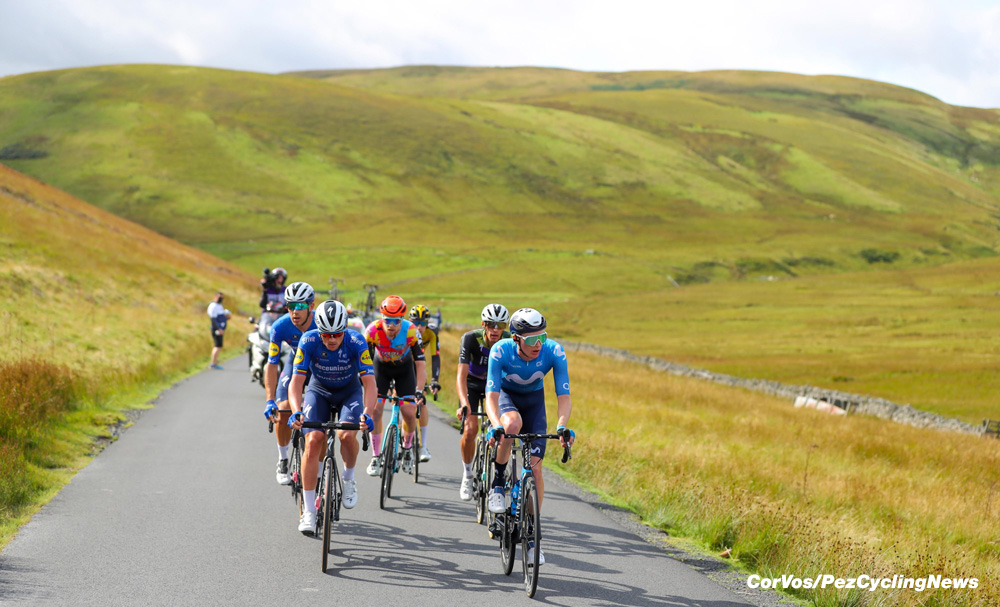 PEZ: I saw you recently in the Tour of Britain, Stage Seven in the Scottish Borders hills, in the break, virtual race leader on the road. . .
I wasn’t riding for the GC that day, just the stage victory – if you ride for fourth to 10th on GC it doesn’t inspire you, it’s pretty anonymous, following wheels. I’d lost time on Stages Two and Three so as I’d be allowed to get in the breaks. You’re better to animate the race, go for stage wins but that day, with two Deceunincks with me in the break it was always going to be difficult to win and I had to settle for second place to Lampaert. 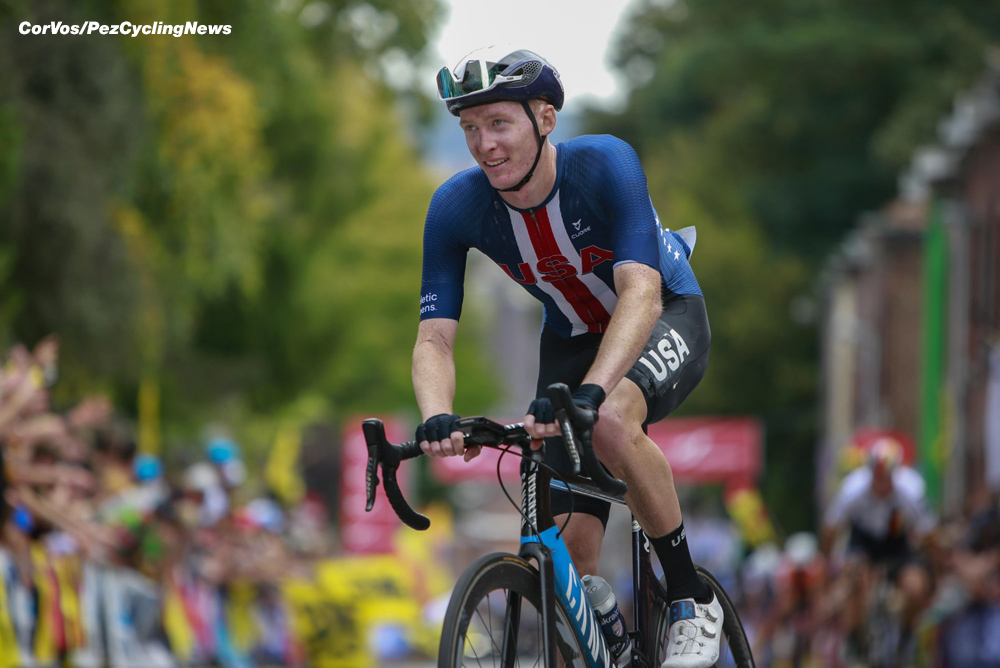 PEZ: You’re with Movistar through 2022 and 2023; good peace of mind for you.
We renewed in the fall of 2020, there was agreement on both sides; they looked at my results and decided to invest in me before another team came along and made me an offer . . .

# Matteo signed his season off with rides The Worlds in Paris-Roubaix – both races meeting with Viktor’s full approval. # 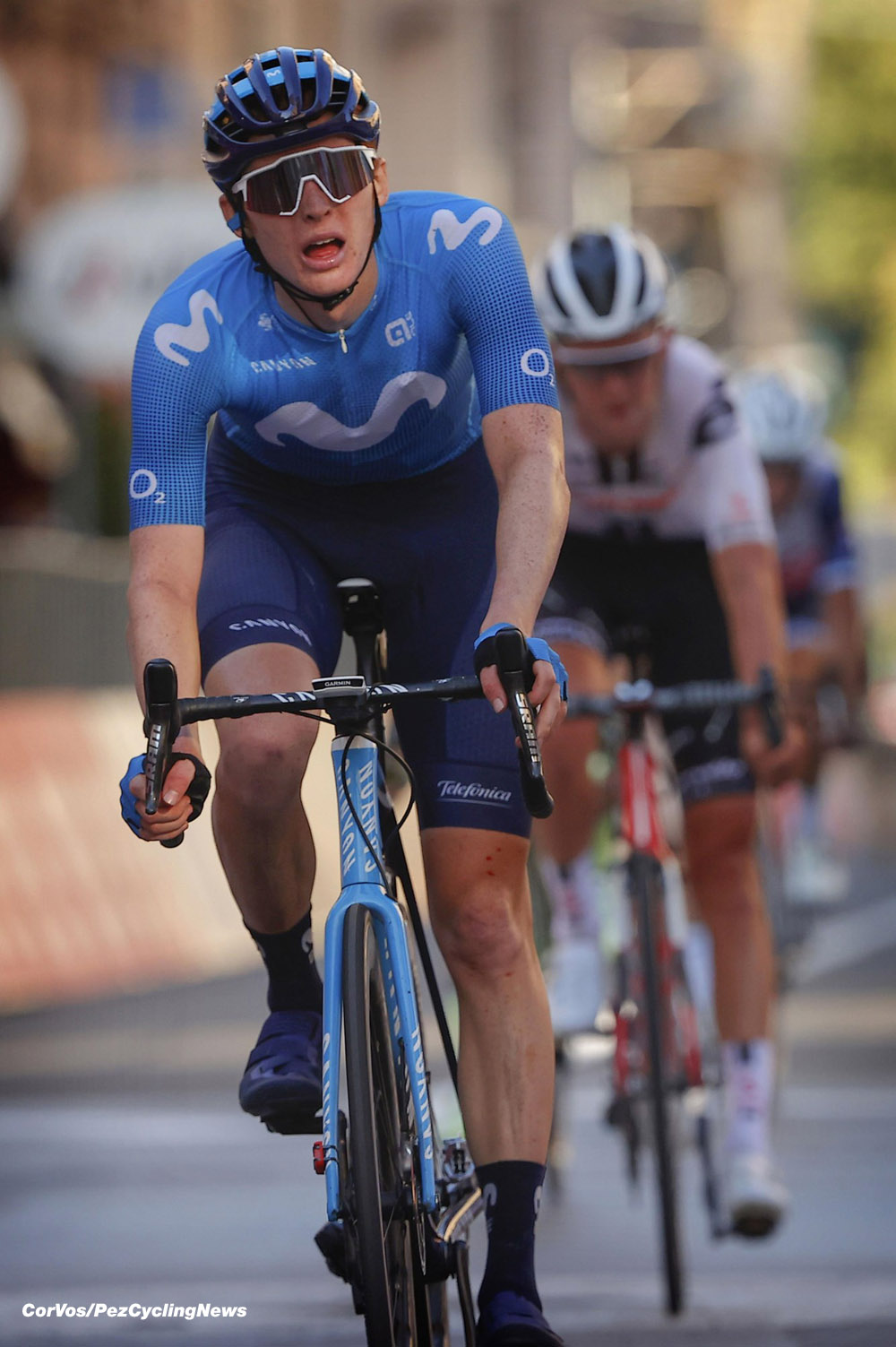