MSR’10: Inside The Break With ISD’s Diego Caccia

The message I receive says – “Call me any time today. I take a day’s rest, despite the Primavera” – it’s Diego Caccia, ISD Neri Team, replying to my request for an interview. We would like to know something more about the long break that held for about 200 km during Saturday’s Sanremo. Who better can tell us how it took place and how it developed than one of the three braves? Diego is “our” man and kept note of everything… for us!

“You can’t say I don’t respect my promises” – Caccia start reminding me last time we kept in touch he was promising a long crazy break. It was few days before Strade Bianche. That time the bunch didn’t allow anybody to leave. But with few days delay (and several attacks during the Tirreno – Adriatico) he showed last Saturday, in one of the most important Classics of the Pro calendar, to be a “man of word”. 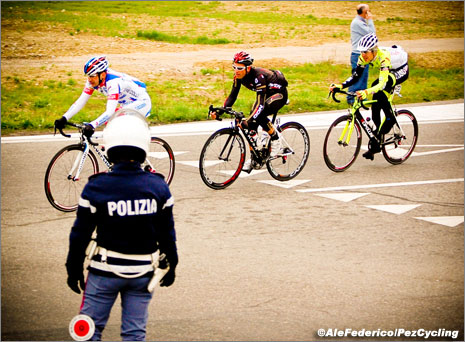 “Last year the bunch didn’t give anybody the opportunity to leave and we rode fast attack after attack since a group finally left after 90 km of crazy race.” – “So, on Saturday morning I thought it was better to try the first move immediately; because the first one is also the stronger one”.

“We had to stop few minutes at km 0 because during the transfer, from Castello Sforzasco there were several falls” – “The roads in Milano were wet and those are paved with large stones and, sometimes, you’ve to cross the tram rails. I also fall during the transfer, but was nothing serious”. 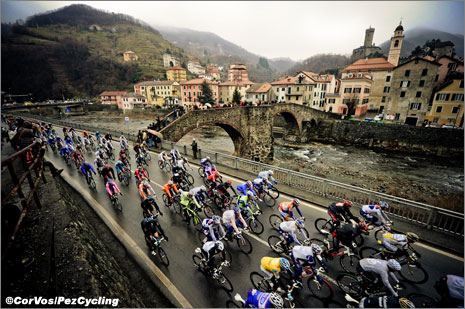 “That moment, while we were waiting the official start at km 0, I said to a team mate – I try – so, once the race left, I moved on the right side of the road, I found a free way, I closed my eyes and I attacked as fast as I could” – while Caccia talks you understand how long preparation and method needs to put such kind of action in place. You’re not the only one that want leave, it’s not easy attack in a monumental race as the Sanremo is. – “You’ve to warm up correctly your body; the transfer from Castello to km 0 is quite long and helps but fundamental is the head, when the body is at its limit is the head taking commands and deciding”.

“We were three and I was knowing them. Good riders, good workers. We knew we had to push as fast as possible at the beginning” – “The wind was blowing on our favour but I still was having a problem; Ratti and Piemontesi are half of my height and I was keeping a lot of wind whatever was my position in the break” – he laughs. 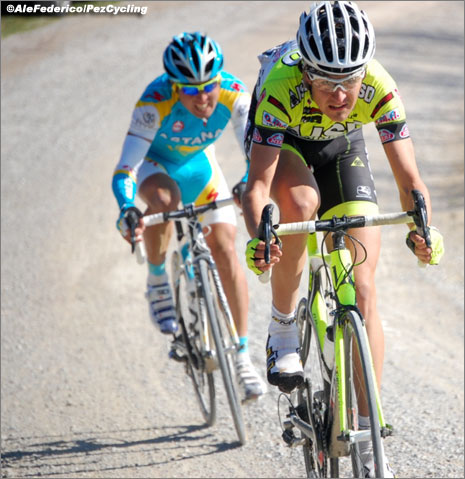 Life reserves several kind of surprises and this time the three attackers find on the road a wet, rainy valley on the way to Turchino. “We understood immediately it was going to turn a difficult day. The roads were wet and that descent is really difficult.” – “The descent it’s also the only opportunity we had to keep some rest and feed correctly. When you are ahead, feeding must be the first think.”

On the Turchino the Acqua & Sapone attacks, the action gives results and the group splits in two. Who’s ahead see the opportunity to leave all the other behind. “There was not a chance we could go far. With all those teams busy to light up the race behind and the two groups giving battle each other, we were in the wrong place to be.” – “We were approaching the Manie climb and I was quite sure we could arrive on the top; however, when I saw the main pack a couple of switchbacks below, coming up fast as a group motorcycles, I start worry to be dropped on that climb.” 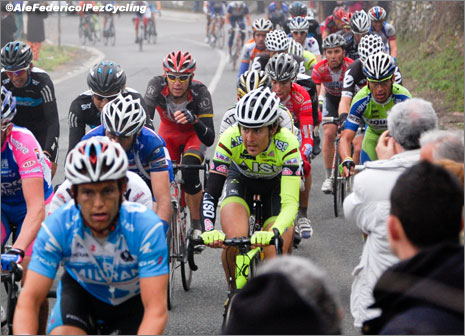 The three are caught a kilometre before the top, just after town of Voze. “I know already how to remain in group when caught. You’ve to tight the teeth for couple of hundred meters and try to change pace. More the group is long, more chances you have to do that”. – “We were forty or fifty after the Manie and we had Visconti in therefore the team asked me a new effort: to co-operate with the other teams working ahead. The problem is that there were no other teams really working hard” – “In that group there were all the favourites and they were looking each other but nobody was really well supported by teams. All the mates were in the groups behind. The only team with a large number of riders was the Liquigas but they really didn’t believe in the action. So I worked almost alone, taking the pace since Ceriale, the second feed zone, when the team director said me to don’t work anymore. There was no reason to do so, alone.” 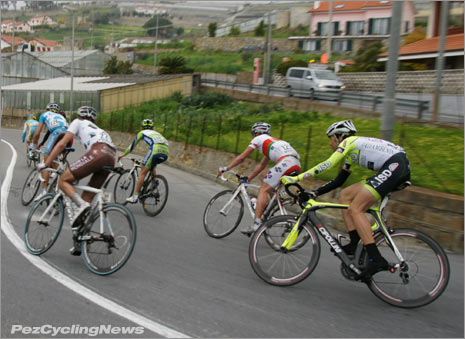 Caccia makes his way down the Poggio.

The group behind catch the first group and, finally, before the Capi, there is a unique main group riding towards Sanremo. After two hundred fifty kilometres race the Sanremo starts again. The day is not yet finished and Caccia has got a final duty. “I was helping my mates to keep the Cipressa in the best possible position; then I gave up, because I couldn’t anymore.”

To give up. If you think for Caccia means leave the race you’ve not yet understood this rider well. “I can’t abandon in a race like the Sanremo. It’s a cycling historical monument and I respect this.” – “I regularly came in Sanremo”. 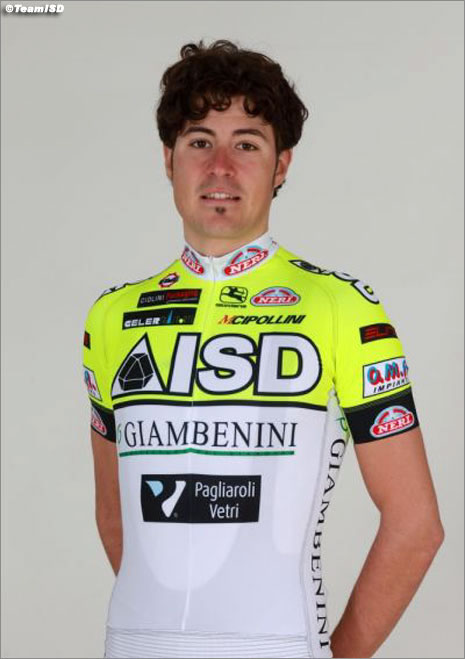 “I told you last time” – he adds – “There will be a time when the group will make bad calculation. That time I will be ahead playing my cards” These were last Caccia’s words; another promise for the future. Now we know more about those three guys leaving in Milan with the target to resist as much as possible ahead. Where they thinking to Sanremo in that moment? No calculation, when you attack. Calculations are for the bunch only!