Ex-Rider Interview: Next up in Ed Hood’s series of antipodean interviews is Graeme Miller from New Zealand, a rider with a long list of achievements. An International athlete for twenty-two years, competing at the Olympics and taking more than 200 pro wins, along with National and Commonwealth titles. 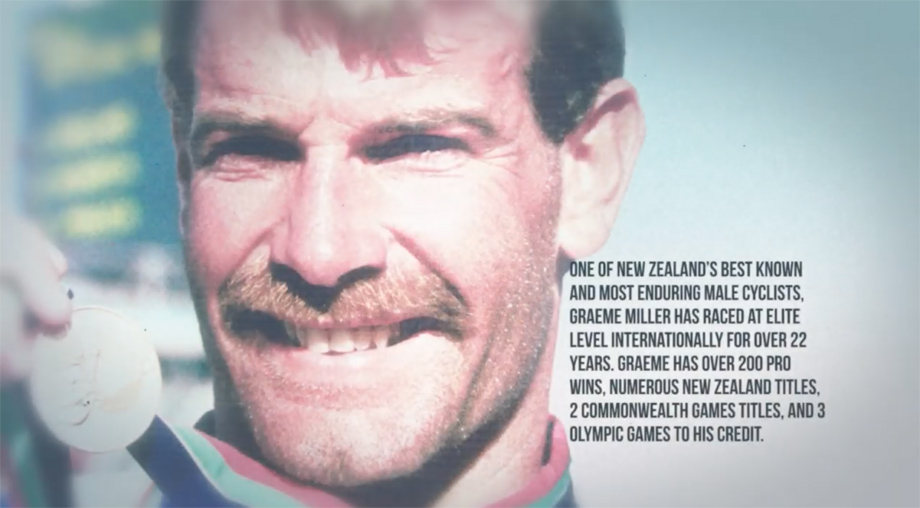 Some riders go a whole career with no wins; this man won 200 plus races, was a National Road Race Champion and double Commonwealth Games gold medallist. Not to mention a ‘crit king,’ stage race winner and. . . national tandem sprint championship along the way. Graeme Miller is his name, New Zealand his nation and our first question was how come he rode Paris-Nice as an amateur in 1983, a race won by Sean, ‘King’ Kelly?

Graeme Miller: The New Zealand team received a wild card, the Tour de France guys who organise the race thought it would be good to include a couple of amateur teams, there was a Dutch team too – this was in the pre-‘open’ days – we got sponsorship from Lejeune and flew over. The trouble was that the New Zealand track championships ran from Thursday to Sunday and I had to drive all night to get to Auckland for the flight to Paris. I got to France on the Wednesday and the prologue was on Thursday so I was kinda ‘lost in space’ for a day or two. But I never bothered too much about who was there, I just got on with it – climbing Mont Ventoux was an experience though!

PEZ: You won the National Road race title in 1987, that must have been fulfilling?
My motivation was always more about representing my country than turning professional but the Nationals were at a weird time if you’d been racing in Europe, you could be fried by then at the end of a long season. And I was always an enemy to myself, I wanted so much to win it and tried too hard, the opposition knew that and it was marked pretty tight. But that year I just went from the gun and raced all day – it paid off. 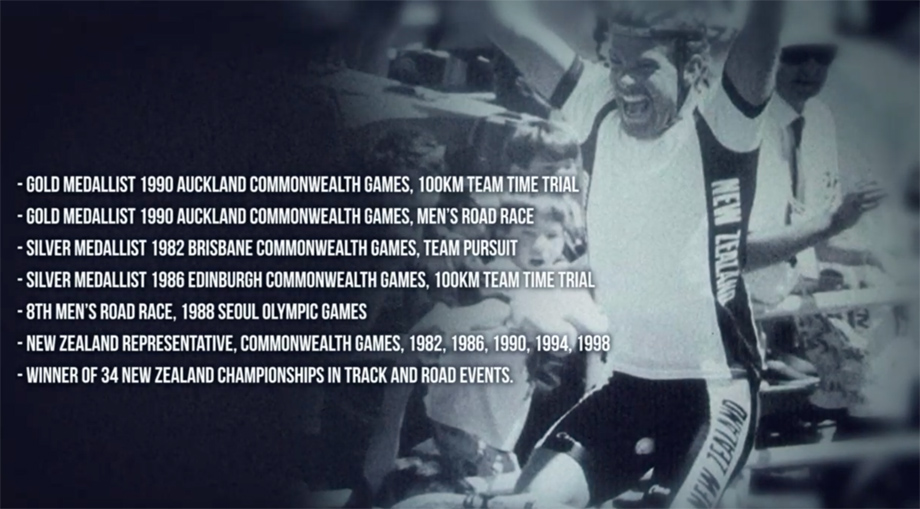 PEZ: Two stage wins in the 1988 Tour of Britain Milk Race – a big, international race; did those get you any pro offers?
I’d been racing in the US and had good form but I was involved in a huge crash in the Welsh hills, my cranks were bent in that one. I got through the next day and then it was the rest day which gave me a chance to recover and I went on to win two stages. I got an offer from the English Percy Bilton team but didn’t fancy racing in the English rain all the time.

PEZ: The Seoul Olympics and eight place – with a broken spoke at a bad moment. . .
You get one chance to be a hero and that was mine, I could do no wrong, there were 15 of us away with no Russians but the American guy, [eventual fourth, Bob Mionske, ed.] was sitting on and annoying everyone. There was a reasonable hill with five kilometres to go and a chase group of 10 bridged up, Ludwig attacked and I covered it. I was always pretty focused when I raced but I was riding a ‘special’ Shimano wheel with minimal spokes on the front, I broke one and that caused me to lose focus for the sprint which was on a big wide road; the East Germans were first, second and third – I was eighth. 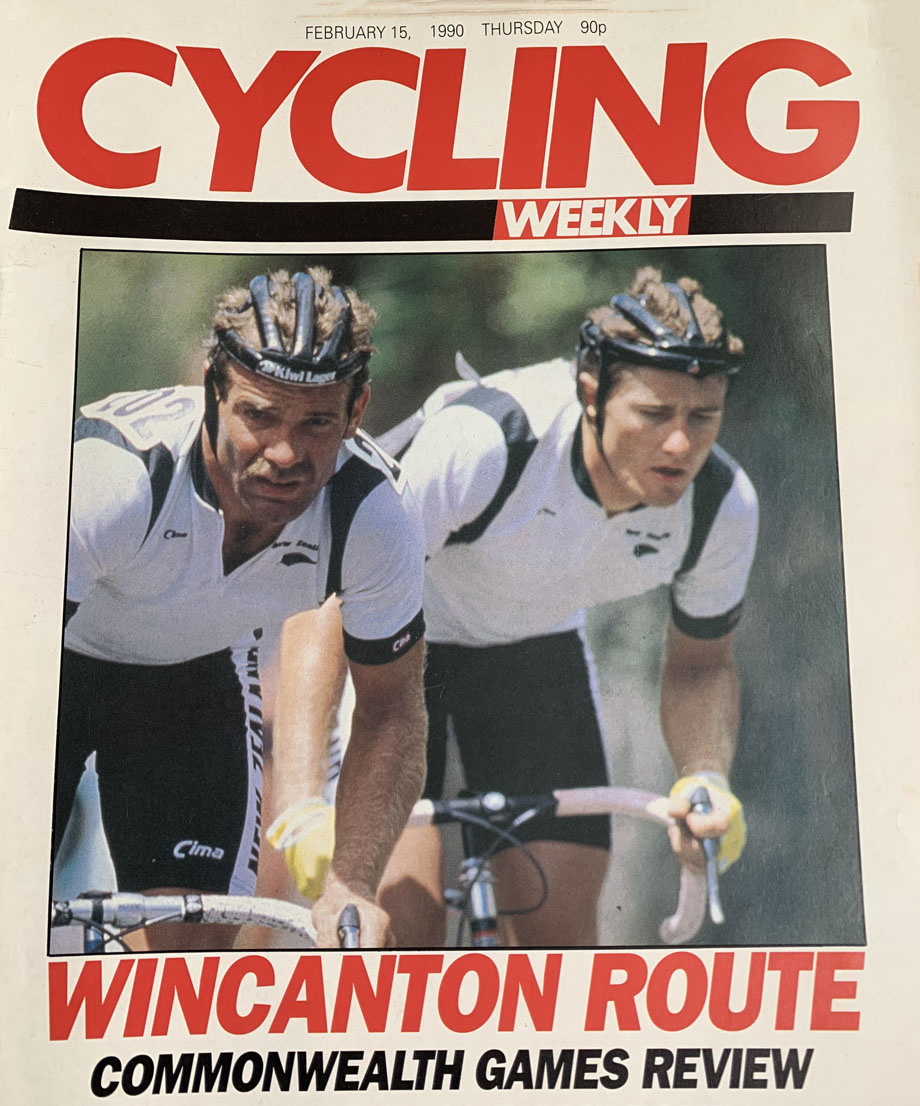 On the cover of Cycling Weekly

PEZ: Commonwealth Games double gold at home in 1990.
In 1986, Edinburgh I was a man on a mission, winning everything on the way to the Games and setting myself up for a fall, I was too aggressive and marked out of it. In 1990 I played my cards close to my chest, not finishing top 10 in anything. The team time trial came first, I’d had food poisoning coming into it – but our coach said that even if I was only at 50% he wanted me in. As it turned out I only missed one pull. It was fantastic to win on home roads, New Zealand didn’t win another gold medal for three or four days so we were big news – a fantastic feeling. The day of the road race it was really hot, which suited me perfectly and I took the race to them then waited on guys to come across. Brian Fowler came across with a lap to go and we finished one – two. My mum, dad and all my friends were there – there was more than one beer drunk that night.

PEZ: The Barcelona Olympics in ’92 didn’t go well for you?
The Federation had us ride the Hessen and Rheinland Tours in Germany back to back before the Barcelona Games, the accommodation was free and they thought it would be good preparation but by the time we got to Catalonia we were fried. The Germans were all waiting for Lance to make his move but the late Fabio Casartelli of Italy won it from the Dutch guy Erik Dekker; it was a bad day for me, I was mentally tired. 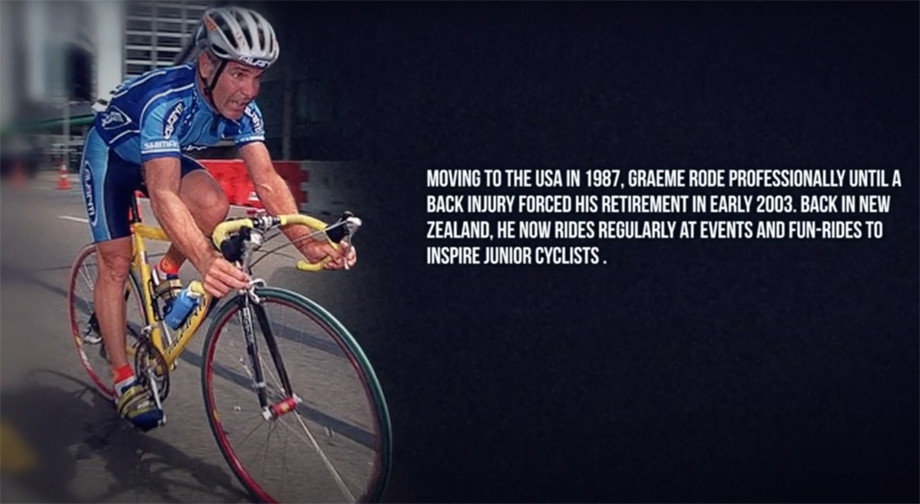 PEZ: And despite all your successes, no Atlanta ’96 Olympics?
I took the Federation to court over that one and lost; the parcours there were suited to me and I loved to race in the heat, with the race taking place on very hot and humid day. I raced for 30 years and it was the same three national team selectors all through that period. I’m a bit of an outspoken person, things are black or white so maybe I pissed those three off?

PEZ: Tell us about the Duck Head team who you went pro with after Barca.
I picked smaller teams to ride for, teams where I knew the guys and liked them – I was stuck over there for eight or nine months at a time so you had to be around guys you got along with. That team was out of Athens, Georgia – I also rode for Scott Bi-Kyle out of Allentown Pennsylvania, Shaun Wallace rode with me there. Good groups of people, as was the Torelli team I rode for, if you were winning you could make money in a small team.

PEZ: On the podium in Philly ’93.
That was a rock star event, 265 kilometres, a long day with huge crowds; I lived in and around Philly so I had a lot of friends there – it was like racing at home. 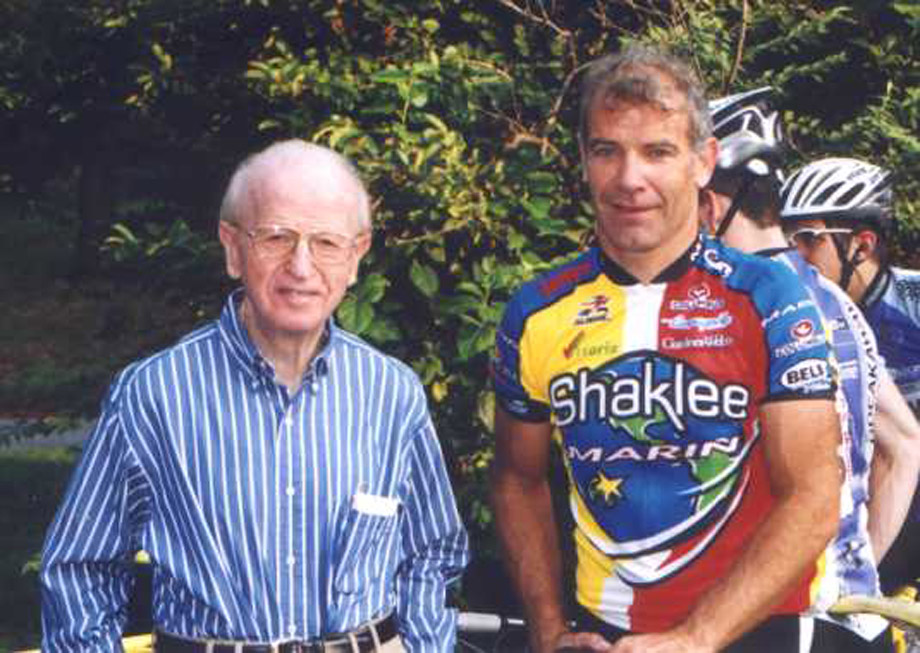 PEZ: In ’97 you finally won the Tour of the Southland, New Zealand’s biggest stage race.
I won it twice, ‘97 and ’99, I tried hard to win it for so many years but in ’97 I came back from a hard season and decided to take it one day at a time and was much more relaxed in my approach. I was always so single minded but I had to learn to step back, relax a bit more and I think that was one of the reasons I prolonged my career.

PEZ: In ’99 you beat Erik Zabel to a Tour Down Under stage win.
The UCi allowed ‘composite’ teams back then, they weren’t so rule bound as they are now, I was in Shaklee colours. I knew the Europeans would be coming off their winter and I trained hard for it. I could see Zabel was going to run out of lead out guys, I knew how to beat him and executed – the Telekom manager said to me after; ‘how can you beat one of the best sprinters in the world, you’re 40 years-old!’ I went from Down Under to the Tour of Langkawi where I won the points jersey, I had good form.

PEZ: Season 2001 and you won the Athens, Georgia ‘twilight crit,’ that’s a biggie.
That race is like the crit world championships, the course is rectangular with race run of at 50 kph in the twilight with a huge crowd, the school kids all drinking – manic! I was riding for Net Zero, a good team with good camaraderie riding for one cause – I had good form, it came down to a sprint and I was fastest. That race was the most fun. 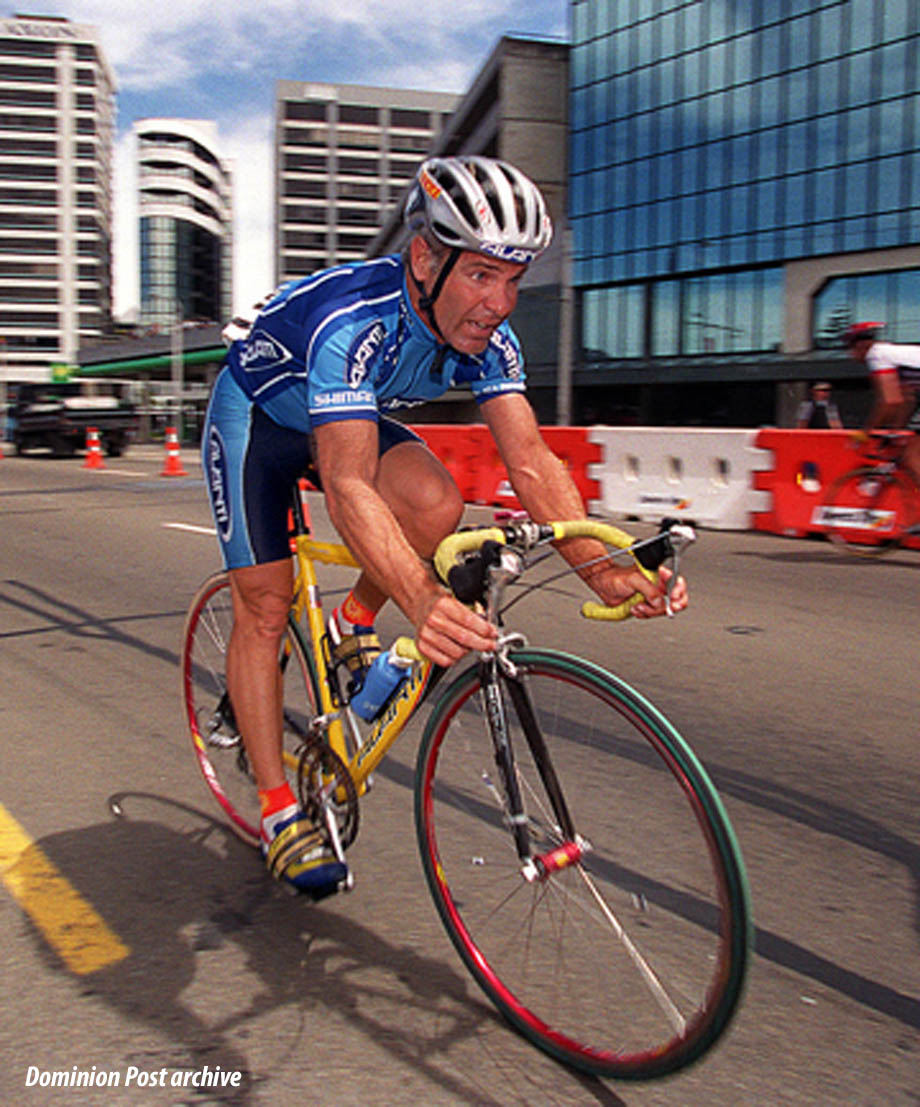 PEZ: Mercury for 2002.
That was my last year, I’d been a bane to Mercury but there was a shortage of teams that year and I signed for next to no salary – but it was an opportunity. I had my knockers who said that I was never a team player but I think at Mercury I proved that I was happy to do a job for the team, I was part of the sprint train and loved it.

PEZ: You were still winning, why quit?
When I went to Mercury I had to ride Speedplay pedals which I wasn’t used to, there was too much ‘float’ – I needed my feet solidly affixed to the pedals. The movement blew my back out. 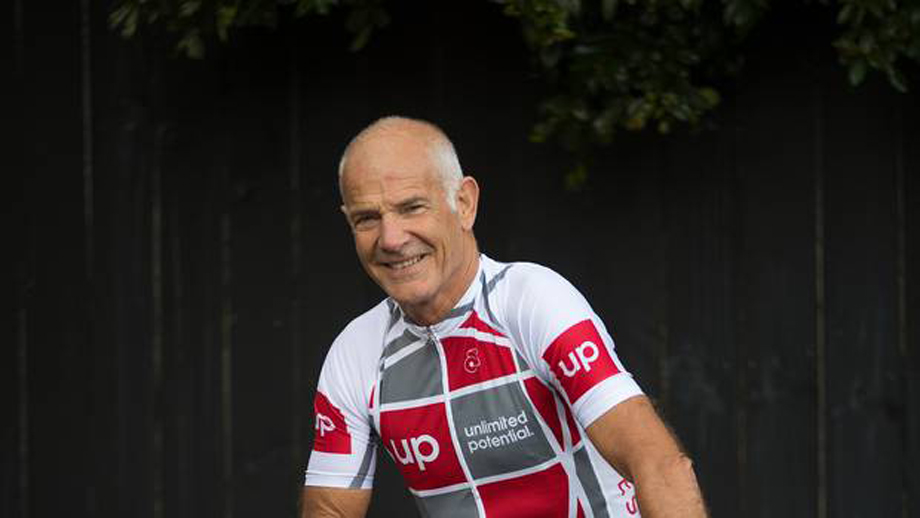 PEZ: And was it 200 wins?
At least, I stopped counting at 200, I won 26 national titles between road and track – distance, tandem, individual pursuit team pursuit, junior kilometre. The only title which eluded me was the sprint.

PEZ: Your finest hour?
Being on the podium at Philly was special but so was taking two gold medals on home soil in the Commonwealth Games. Then there was the Tour of Japan where I won the same stage three years running. I had a plan for every race whether it was a club race or the Olympics, I gave every race a lot of thought beforehand then did a self-analysis after it. There wasn’t one second of the 30 years I raced that I didn’t enjoy – I never considered myself a star cyclist, I just loved to win, it was my passion.