Rider Interview: Following on from Ed Hood’s recent interviews with ex-riders from New Zealand, we now catch up with Wayne Hildred. Hildred; thought of many as Australian due to National championships wins, and like many from ‘Down Under’ made a name for himself in Belgium – Here is his story. 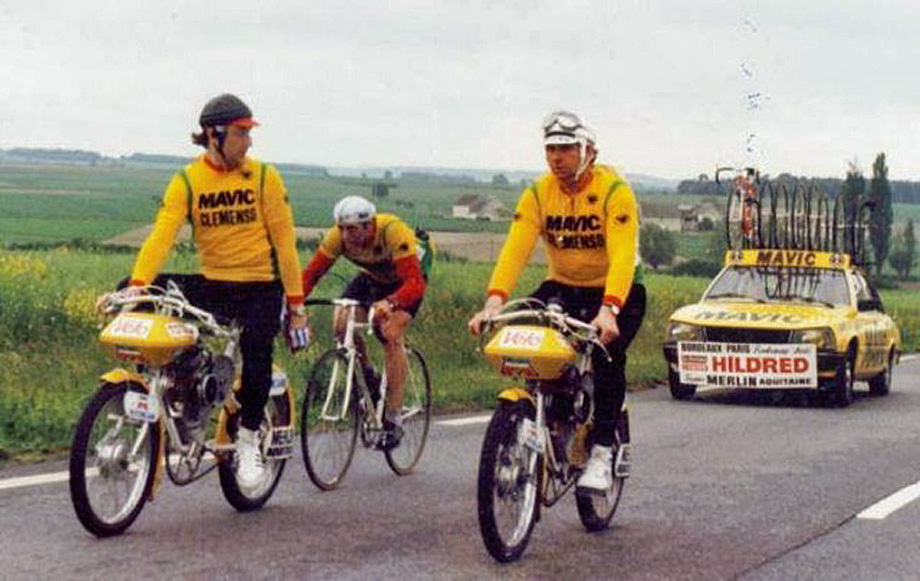 There were no cel. or smart phones, tablets, laptops or internet and the UCi hadn’t initiated rules about rules, just yet, when this tale unfolded. Wayne Hildred is a Kiwi by birth but was twice Australian Road race Champion, rode the Belgian kermises, pushed Freddy Maertens up hills and fetched tins of Coke for the great man and finished the ‘Derby of the Road,’ the 584 kilometre Bordeaux-Paris; an interesting man indeed – high times we had a word:

PEZ: You’re a Kiwi, Wayne so why come to Oz?
Wayne Hildred: I’d raced as a youngster in New Zealand then started work and got into the usual birds, booze and cars; I was 21 years-old when I decide to get back into bike racing and make a go of it. Folks said that if you wanted to race seriously then you should go to Australia or Europe. 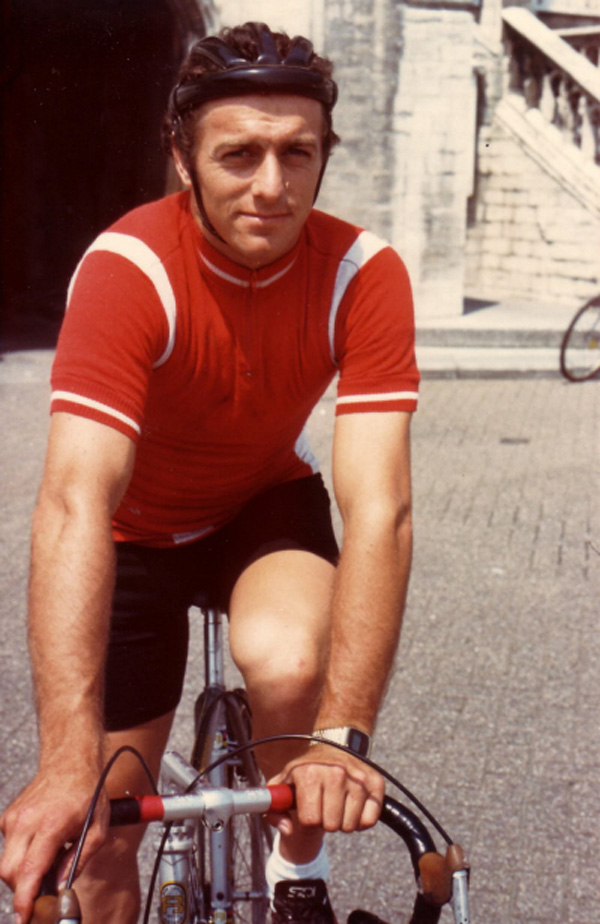 PEZ: You won Melbourne-Bendigo in Australia, was that a handicap race?
Yeah and in 1980 I set fastest time in the Melbourne-Warrnambool handicap, that’s 266 kilometres and a big race on the Australian calendar; although I wasn’t first across the line, the race was won by a long marker, a chap called Hine, my time beat the race record held by Australian Legend Russell Mockridge by 10 minutes with 5 hours 37 minutes 10 seconds. That stood for 10 years until Olympic Team Pursuit Champion, Dean Woods broke it. There was another handicap where I got fined $50 for letting someone else win, the guy I had to let win was the local copper and I was told that if he didn’t win then I’d be in the gutter – but maybe I made it look a bit too obvious when I put my brakes on!

PEZ: ‘Farleigh’ was you sponsor?
Yeah, Bob Farleigh had a bike shop and sponsored me in 1979 and 1980; then at the start of 1981 I won the Launceston Six Day in Tasmania with the late Paul Medhurst then headed over to Europe. 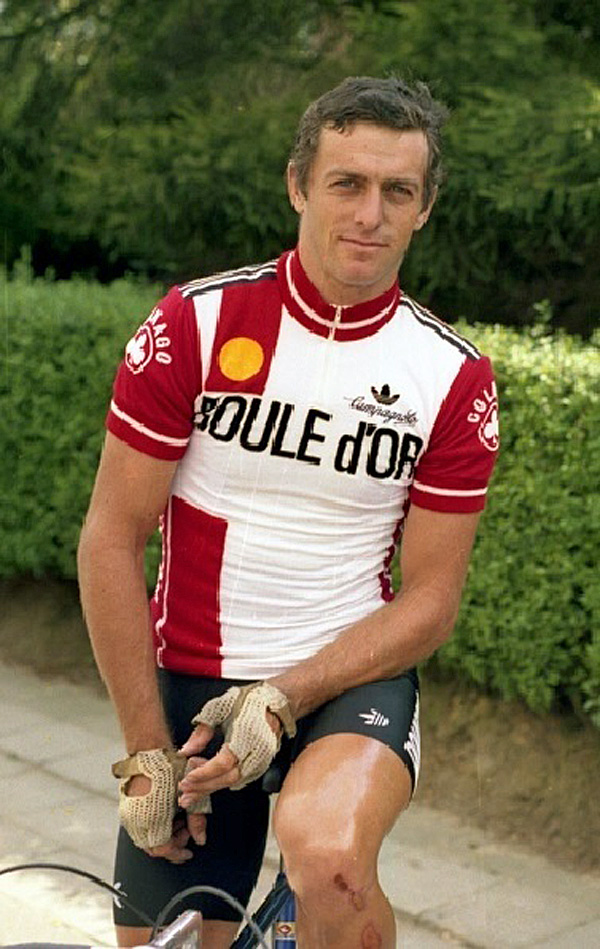 PEZ: You got a ride with the Boule d’Or team, how?
I had a ride half lined-up in Europe with a team in Milan but that fell through and my girlfriend and I got an apartment in Gent in the Kazemattenstraat. Maurice Burton, the Londoner who rode the kermises and six days lodged with us. I was riding the kermises and got second in one at Koersel to Dirk Heirweg; the guys from Boule d’Or asked if I’d like to ride for them.
I rode the Tour of the Netherlands, GP Stad Zottegem – where I was 20th – the Worlds for Freddy Maertens, the Tour of Catalonia where I had to push Freddy up the hills and do the domestique stuff back and forward to the car, fetching Cokes and the like until I had no legs left. But I still managed sixth on one stage. I also rode the GP Fourmies and GP Jef Scherens. 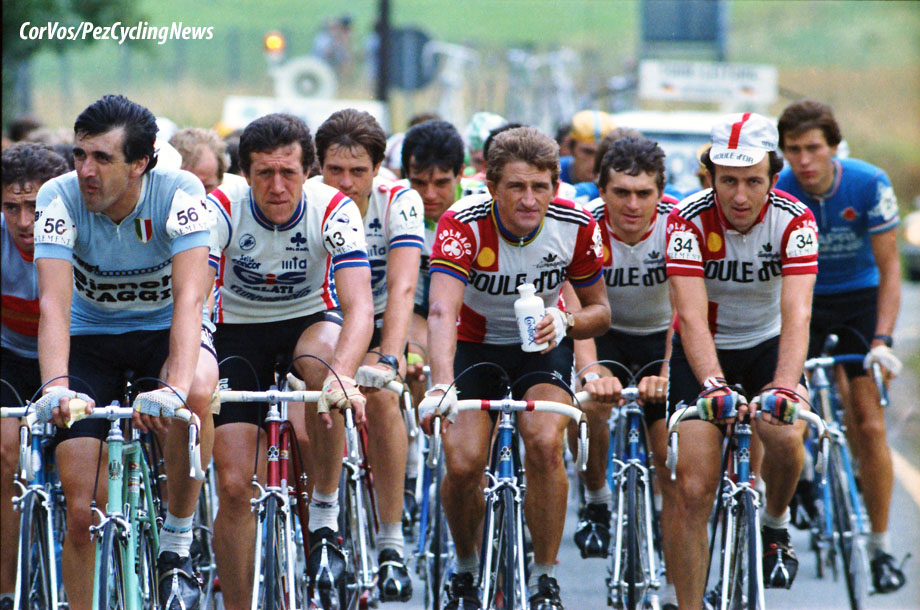 PEZ: You’re down as having ridden for Fangio that year too?
That was for just one race, Robbie McIntosh the South African rider put a Fangio team together to ride the marathon Bristol to Bradford race in England. Ludo Peeters won that from Keith Lambert and Sean Kelly, 250 miles in 11:09:57. [what Wayne didn’t mention in the interview was that a certain ‘South African’ called Wayne ‘Mildred’ finished sixth but was relegated to 22nd and last place for; ‘tucking in behind a clubman’s car for several miles’ – surely not the same Wayne?] 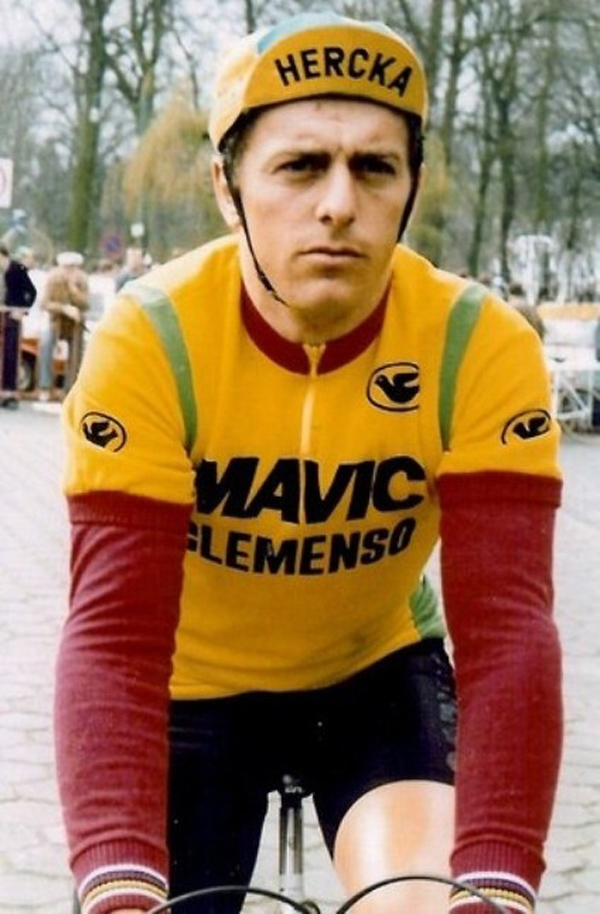 PEZ: Mavic Clemenso for 1982?
That was a small Aussie-centric team put together by the Belgian journalist, Noel Truyers.
Shane Sutton, Steele Bishop and Peter Besanko all rode in the team’s colours, along with some Belgian and Dutch guys. I won the Aussie Championship that year and rode the Tour of Flanders, Gent-Wevelgem and Amstel, so we got into the biggest races. I rode the Worlds, took third on a stage of the Tour of Germany and won a stage in the Herald Sun Tour back in Australia. I was starting to go well at the end of that year and was supposed to have a contract for 1983 but it fell through.

PEZ: You rode Bordeaux-Paris for Mavic-Clemenso in 1982?
Yes, 584 kilometres with the last 400 behind the Derny, the French rider Marcel Tinazzi won that year. Staf Boone, who your readers might know as the guy who has the farm near Gent where a lot of Anglo riders have lodged over the years, was my main pacer. He used to motor pace me after I’d ridden kermises to get me used to the distance. But in the race he was too keen and ripped the legs off me despite me protesting that he slow down. In addition, the food he had prepared for me was all milk-based and didn’t agree with me so I was sick with that. Eventually Staf had to stop to go and get fuel for the Derny; Walter Huybrechts took over pacing me, by this time I was way off the back. [Huybrechts is now a well-respected fixture on the six day scene as a Derny pacer, ed.] 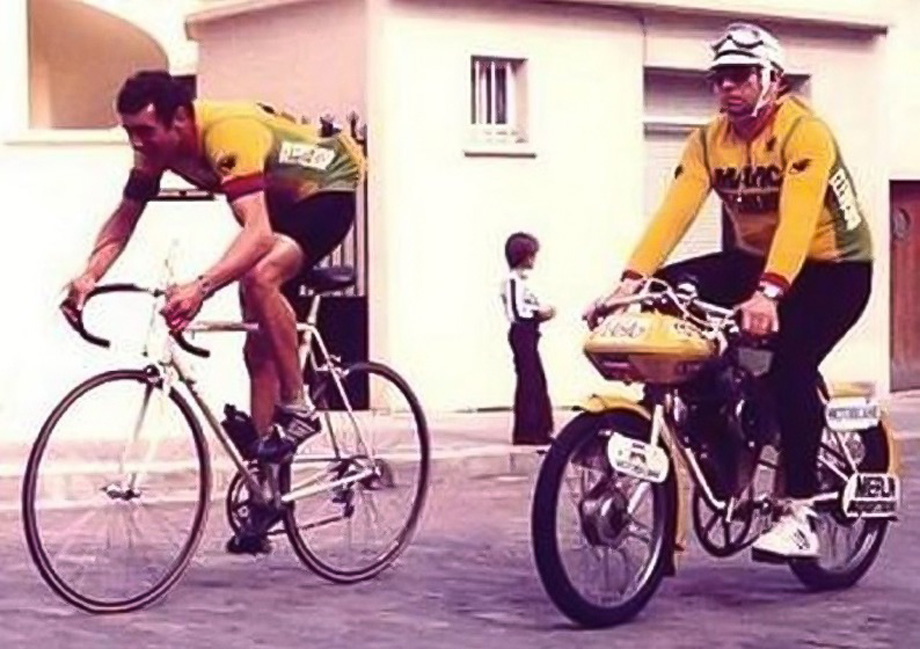 He said to me; ‘what do you want to do?’ I said; ‘I wanna finish!’ The commissar wanted me out but I just said; ‘no understand!’ Herman van Springel, who had won the race seven times in the past and was known as ‘Monsieur Bordeaux-Paris’ was commentating on the race for French TV and said to the viewers that; ‘there’s no way this man can finish this race!’ But Walter coaxed and cajoled me to life again, I got my confidence back and we re-caught the peloton. But Walter had to stop to re-fuel his Derny, Staf came back to pace me, got excited and ripped my legs off again. There were two laps of a finish circuit; folks had been watching the race on TV so I got a lot of encouragement and at the finish they crowd surfed me to the showers. We got in Staf’s car and headed home towards Belgium, he said; ‘look, we’re passing the Eifel Tower.’ I replied; ‘ugh!’ 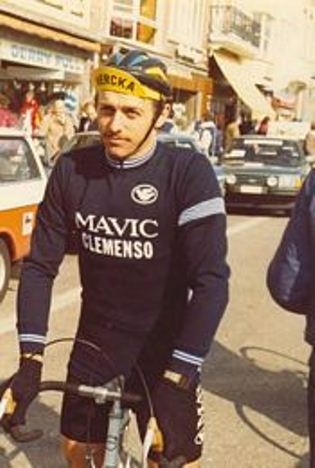 PEZ: Racing back in Australia in 1983 then?
Yes, I rode for Action Cycles in 1983 and ‘84 then Rare Spares from ’84 to ’86, we had a child by then and my partner didn’t want us to go back to Europe. I won the Aussie Champs again in 1986 and was second in 1987 after a puncture with two kilometres to ride. There were some good guys around the Aussie scene back then, Terry Hammond, Peter Besanko, Steele Bishop, the late Dave Allan. . . But ’87 was my last season until I came back and raced as a vet.

PEZ: What you would have done differently given your time over again?
I’d have stayed in Europe for season ’83; my body was adjusting to the load and I think my results would have reflected that in a third season.

# With thanks to Wayne for giving us his time and recollections. #