Rider Interview: Double overall points winner in the Giro d’Italia, Italian national champion and wins all round the globe, Giacomo Nizzolo has stood on the final podium since… he was a junior track rider. Ed Hood caught up with Giacomo in his Suisse home as he sits out the Corona lockdown. 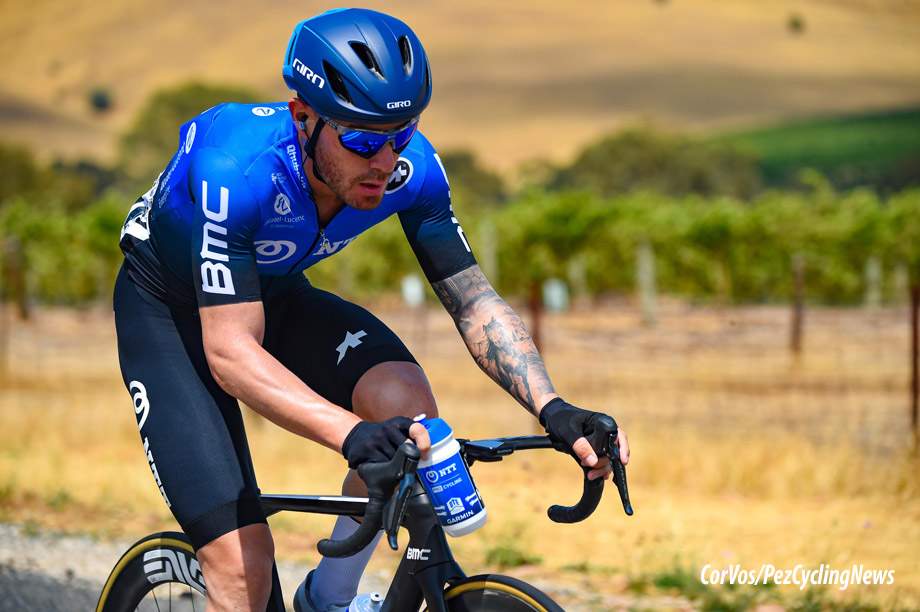 The Giro, the final Stage 21 into Torino, Trek’s Giacomo Nizzolo avoids the late crash and takes the stage – the judges think differently though and declasse him to 12th with German, Niklas Arndt given the victory. Dave and I were ‘barrier hanging’ in the finish straight and it looked like a sound win to us – but those UCi guys. . . 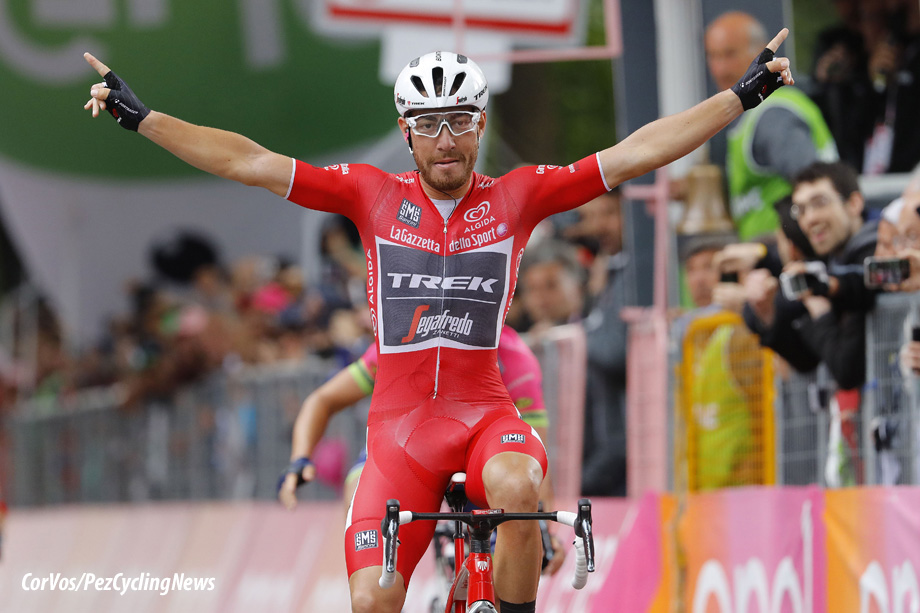 The stage win didn’t go his way that day but he still stepped on the podium as the overall Giro points winner for the second time. It will come as no surprise that the big man from Milan’s fast finish comes from his early days on the track; in 2007 he was second in the Italian Junior Keirin Championship and a member of the bronze medal team in the World Junior Team Pursuit Championships.

The following season, 2008 saw him embark on three years of prolific wins as an amateur in Italy, that year riding with Filmop Sorelle Ramonda Bottoli Parolin, the Circuito del Pozzo just one of his wins. The team’s sponsors reshuffled for 2009 as Bottoli Nordelettrica Ramonda and the winning rate stepped up with the Coppa San Bernardino among a raft of wins. His last year amateur, 2010 was with UC Trevigiani Dynamon Bottoli, the latter sponsor the common thread through his amateur career; wins like the Circuito Citta di Piave continued to pile up. 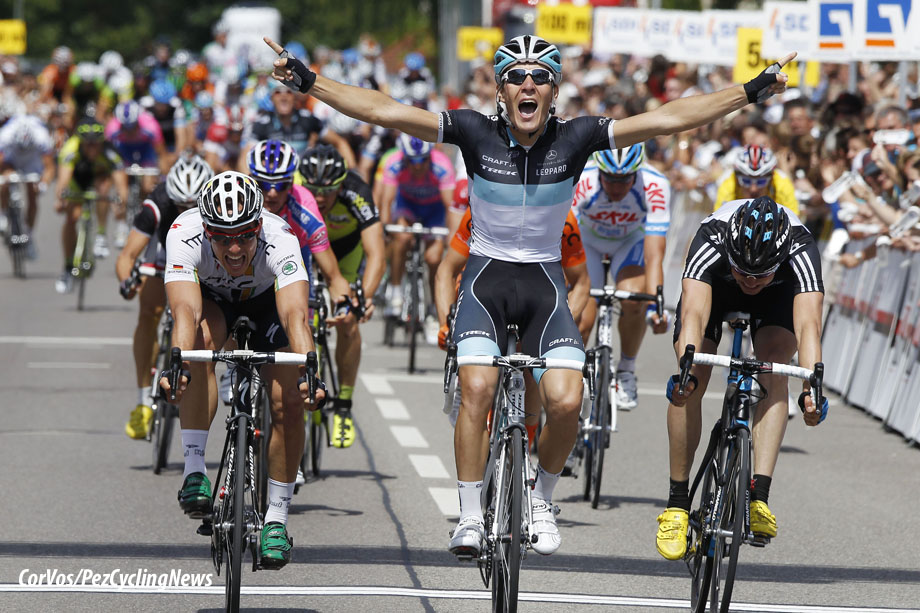 Stage win in the Bayern Rundfahrt 2011

With a win rate such as his, a pro contract was inevitable and he signed with Leopard Trek for 2011, he would remain with the team in the various incarnations until the end of season 2018. Wins among the pros aren’t as easy to rack up as they are among the u23’s and season 2011 saw just one, a stage in the Bayern Rundfahrt. The 2012 season yielded a stage and the GC in the Tour de la Region Wallonie and a stage in Poitou-Charentes. 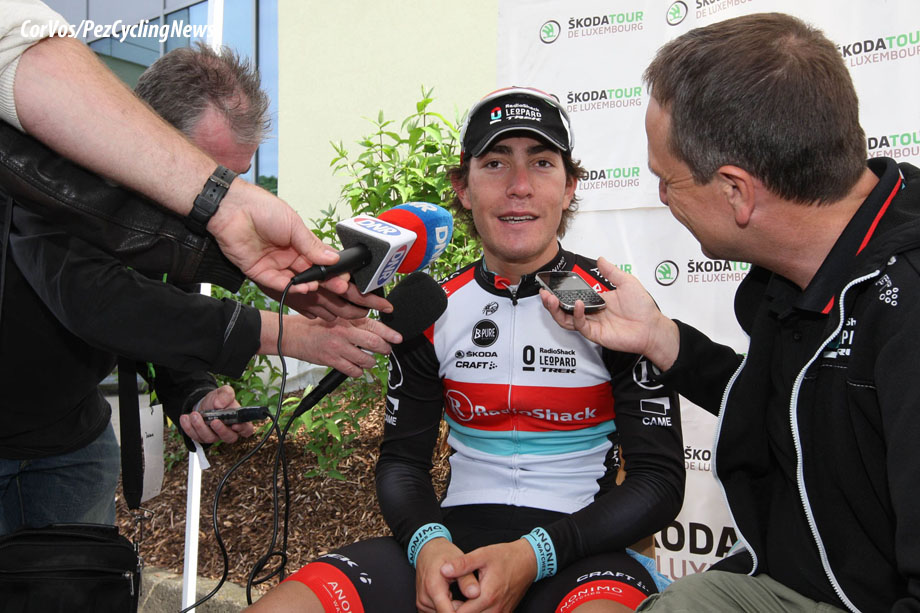 In 2013 there were two stages in the Tour of Luxembourg. The following year saw him take a stage in the season opener Tour de San Luis and another stage in the Tour de la Region Wallonie. Season 2015 gave him the first of the two Giro points jerseys mentioned earlier and a win in the GP Nobili Rubinetterie. The 2016 season was his best, as well as his second Giro points jersey there was the Italian Road Race Championships, two stages in the Tour of Croatia, the Coppa Bernocchi and Piemonte. There followed a fallow season before 2018 when he again won a stage in San Juan and grabbed a clutch of podiums, third place in the Ride London among them. 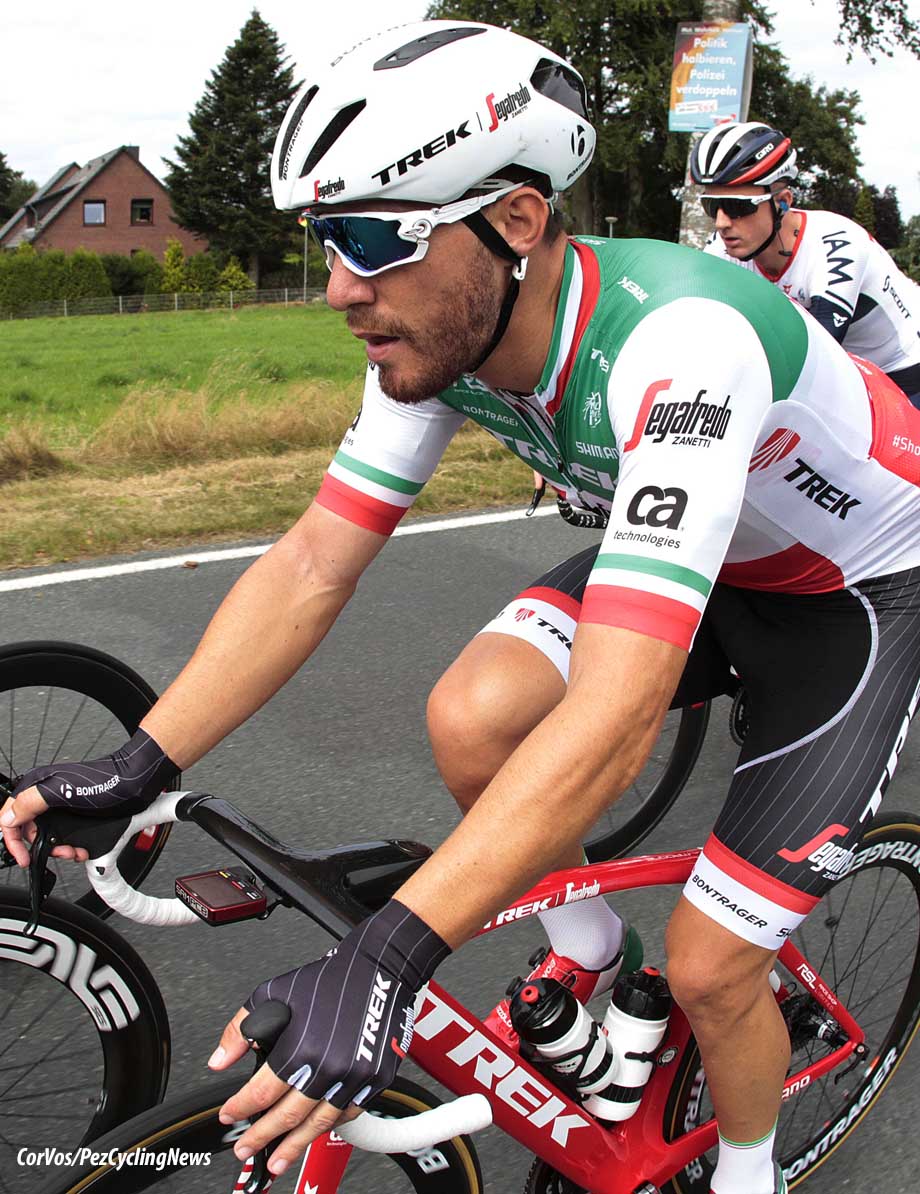 In 2019 he moved to Dimension Data and took stages in the Tours of Oman, Slovenia and Burgos. The 2020 season started brilliantly for him with stage wins in the Tour Down Under and Paris-Nice with a tantalising second spot in Kuurne-Brussels-Kuurne. But then the rug was pulled as we all discovered that the virus wasn’t, ‘just the flu.’

Giacomo recently took time to speak to PEZ from his home in Switzerland:

PEZ: Was there any one ride which got you the ride with Leopard Trek, Giacomo?
Giacomo Nizzolo: Not one particular race but as an under 23 I won 24 races in two years with about 40 podiums, I think that’s what helped me to be noticed by them. 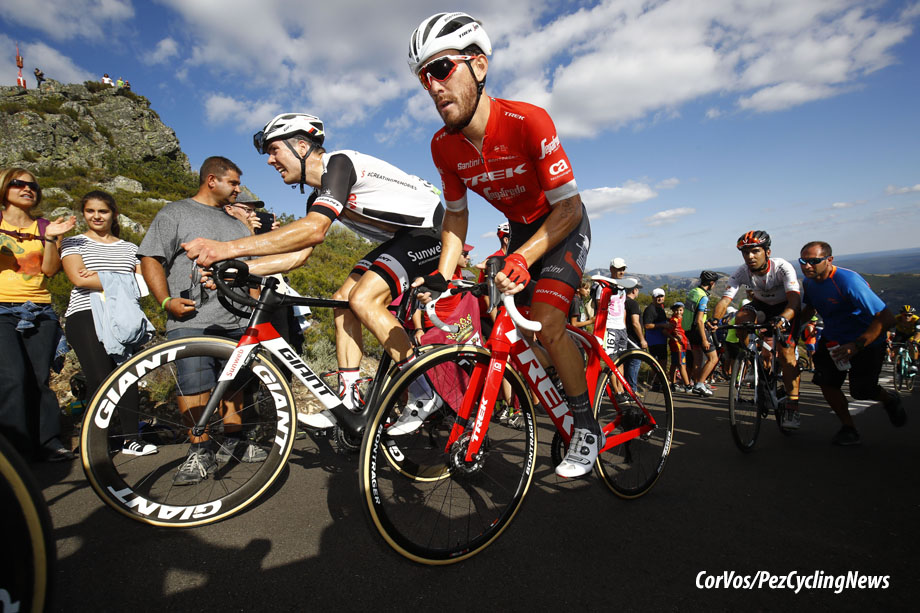 Sprinters also have to climb – Vuelta’18

PEZ: The team gave you a very big programme for a neo pro in your first year.
I think it was the right program for me, I never felt it was too much. I enjoyed that season and to be honest at end of the year I was still fully motivated to race. 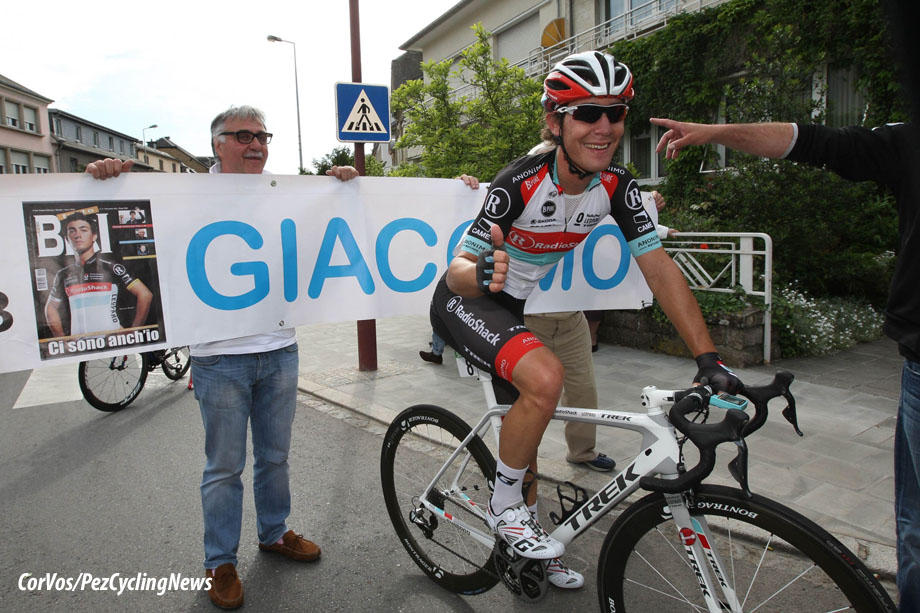 PEZ: What was it like when the team merged with Radio Shack?
It was quite unusual to mix two different teams into one, but overall I think everyone could learn something from the ‘other’ team and we had great time, of course it was a bit strange at the beginning but then it worked out quite well. 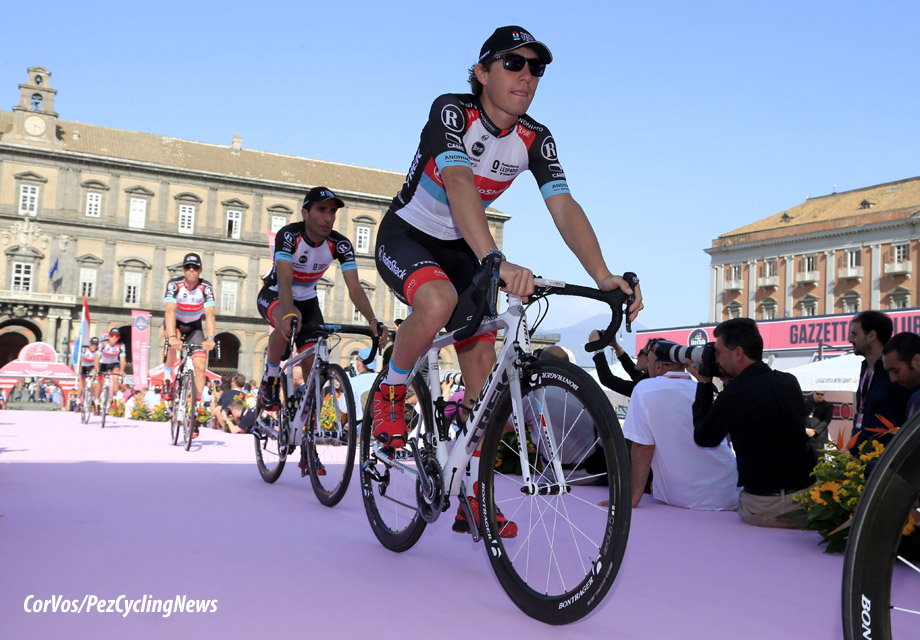 PEZ: You were with Trek for a long time, why move?
I was five years with Trek, but basically eight years with most of the people I knew from Leopard, mainly the core of the team. After such a long time together I felt I needed a new challenge for myself.

PEZ: What do you put your terrific start to the 2020 season down to?
I finally had a good winter after three years with many injuries and problems, I think that’s the main reason of my good start to the year. 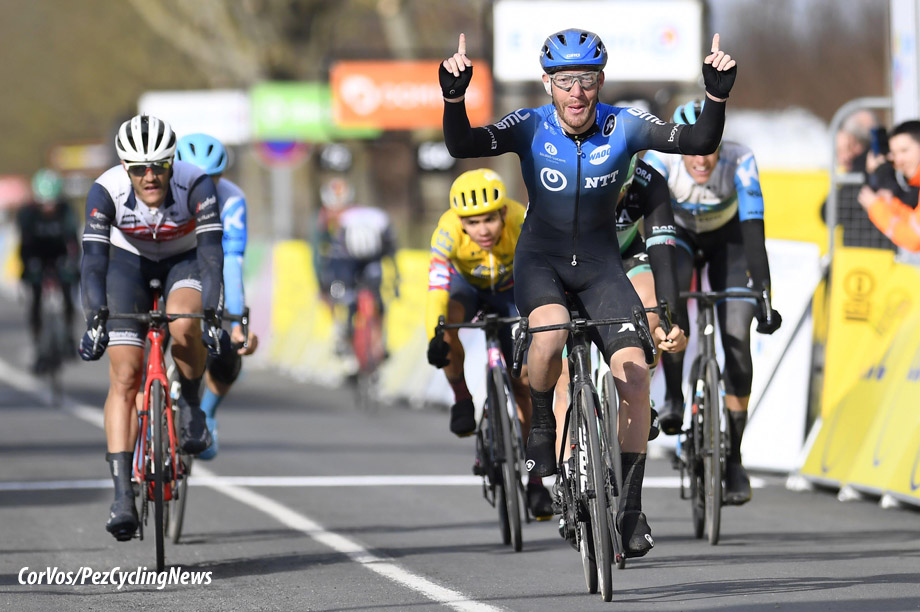 PEZ: Kuurne-Brussels-Kuurne, so near yet so far. . .
It was a tough race, and getting so close without taking the victory left me with a mix of feelings, but looking back it was a good performance and confirmed I was ‘there’ at a good level.

PEZ: There are a lot of fast guys around right now, does this make you raise your game and is it harder to win.
Of course it makes it more difficult and challenging but it definitely motivates me more. 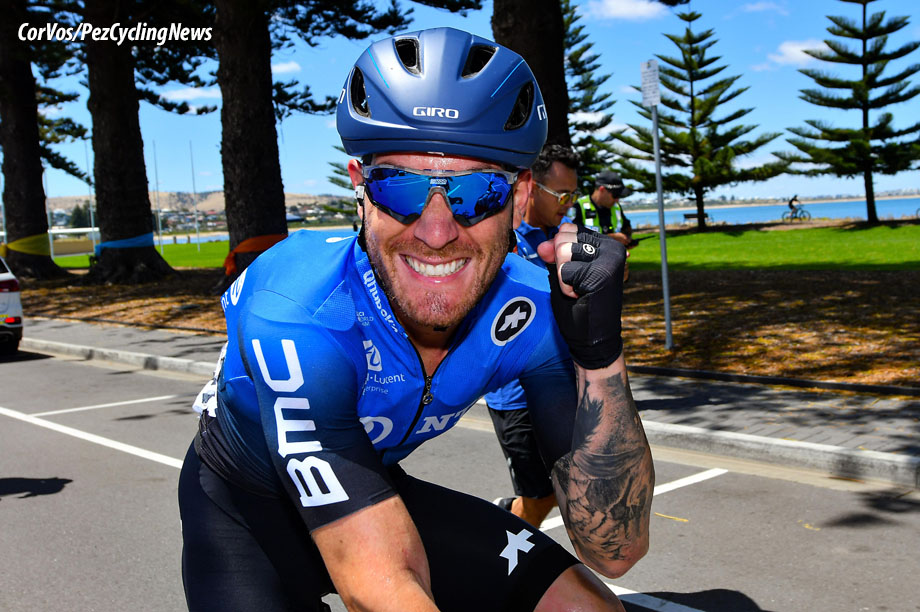 Happy with the TDU’20 stage win

PEZ: Who looks after you in the finals?
That all depends upon the race, we have couple of really good riders on that job within the team.

PEZ: How was your programme looking before the crisis stopped everything?
There was Milan-Sanremo, the ‘sprinter’ Classics and then the beginning of preparation for the Giro D’Italia. 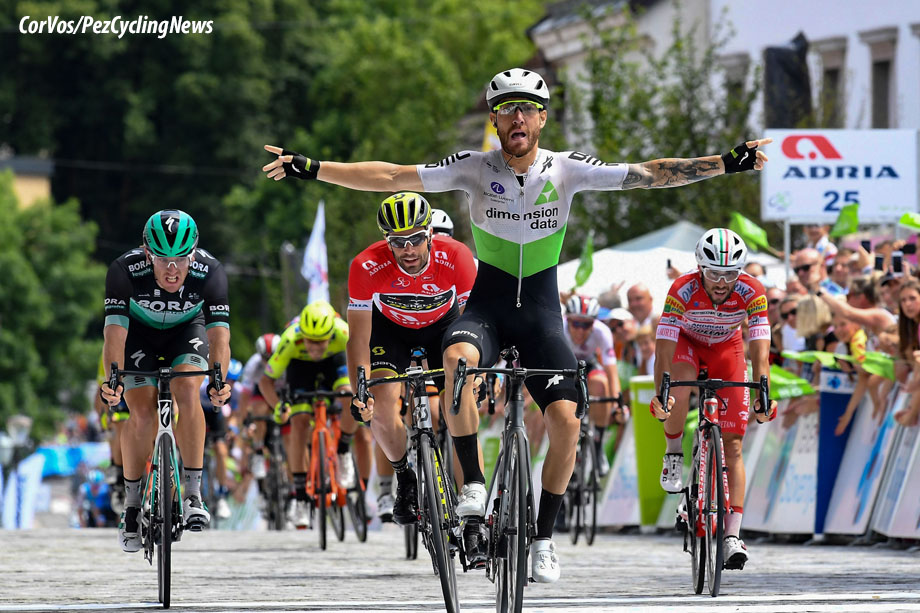 PEZ: Which of your many victories are you most proud of?
As professional, the Italian championship is the one which gives me the most feeling of satisfaction; but of course also the win this year in Paris Nice was fulfilling for the way it came after such a stressful day.

PEZ: Where are you isolated – do you have company?
I live in Switzerland, and here, at this time we can still go for training rides outside with a maximum of four riders. 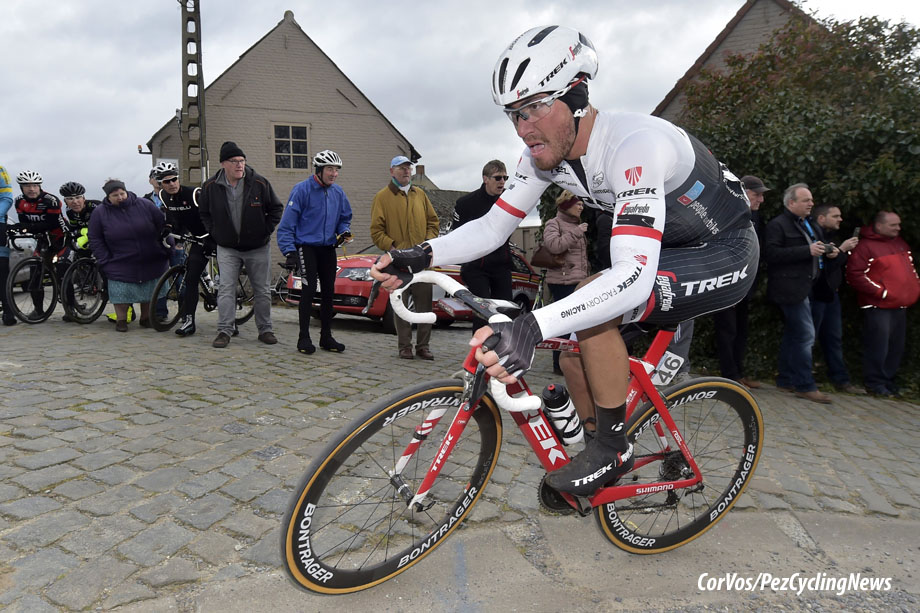 PEZ: Are you using Zwift?
I join the team on the Zwift rides every Tuesday and Friday.

PEZ: How are you remaining mentally strong?
By being positive about the situation and thinking that we’ll back to a good time and racing soon, hopefully that’s not just a thought, though! 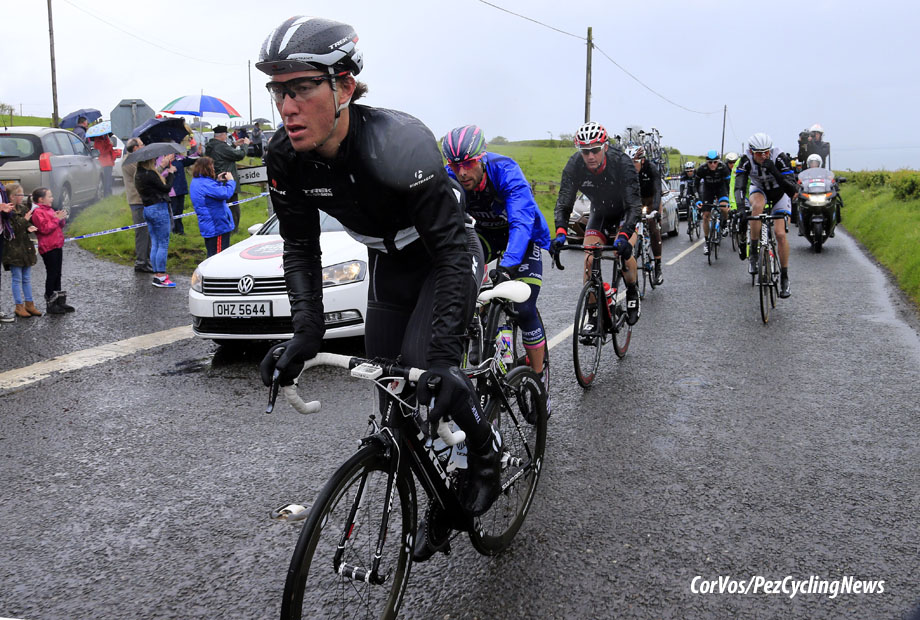 PEZ: Is keeping your weight under control a problem for you?
Luckily for me weight has never been an issue, but right now I think it’s not healthy to stay down at the race weight.

PEZ: And if you could win just ONE race, what would it be?
Milano – Sanremo. 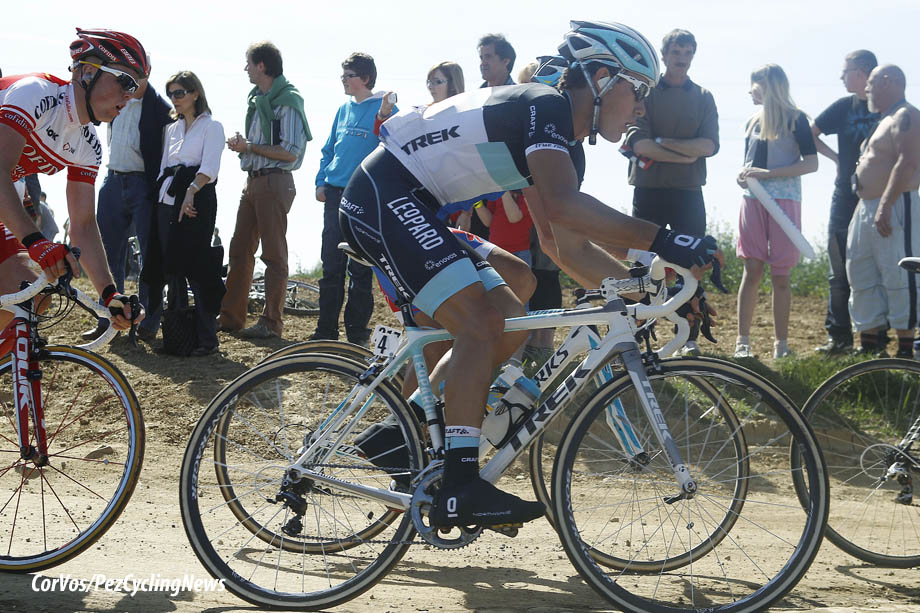 A young pro on the Roubaix cobbles in 2011

# Giacomo’s choice of the race he’d like to win comes as no surprise – with thanks to Sen. Nizzolo and Jean Smyth at NTT for organising the interview. # 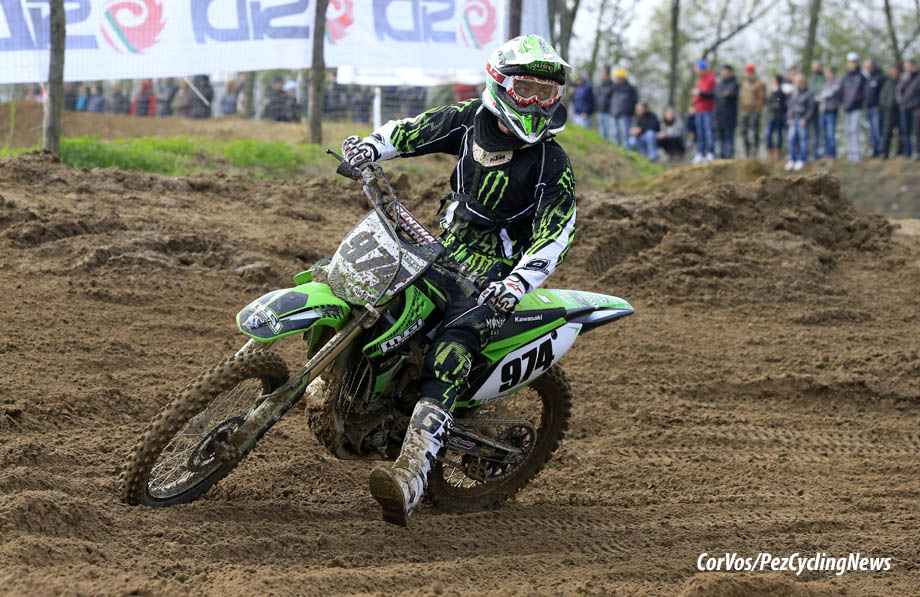 Giacomo quite likes a bit of motocross