Rider Interview: Young rider from Latvia, Emils Liepins, hit the ground running and gave his British registered UCI Continental ONE Pro cycling team an early 2018 win. Ed Hood caught up with Emils to hear about his career so far and his hopes for the future. 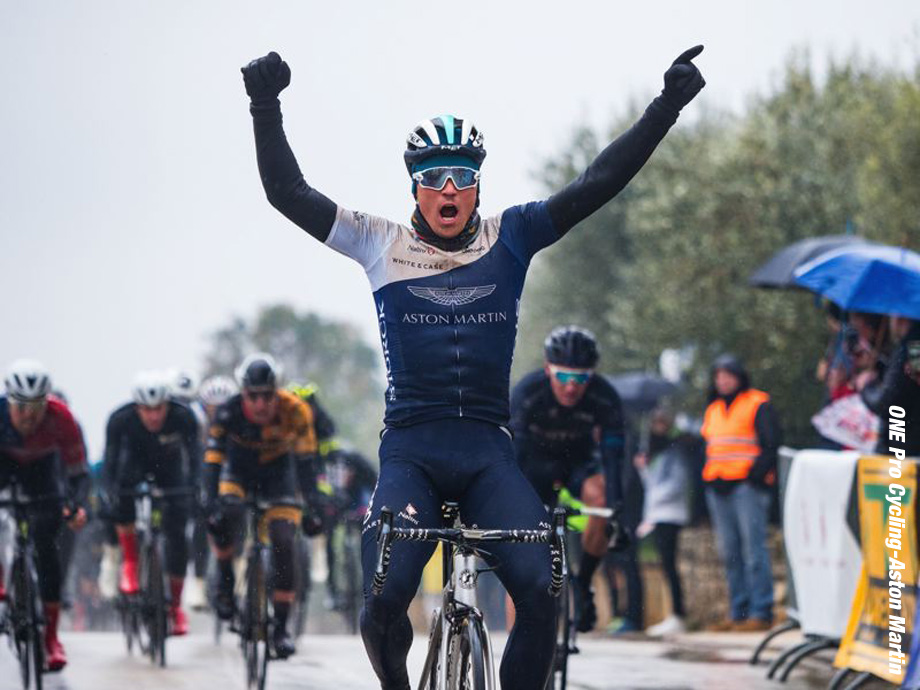 It was the year 2000 when Romans Vainsteins put Latvian cycling on the map, winning a frantic sprint in Plouay, West France to become champion of the world. Since then the little country on the Baltic which has a population of less than 2,000,000 has produced more than it’s fair share of strong riders. Then there was 10 times National Time Trial Champion and Three Days of De Panne winner, Raivis Belohvosciks; and currently we have Bora’s big strongman Aleksejs Saramotins and recent winner of the Trofeo Serra de Tramuntana in Mallorca, Trek’s Toms Skujins flying the flag – but just what colour is that Latvian national champion’s jersey?

I digress. Another young man from Latvia who has caught the eye of PEZ is Emils Liepins who recently won the hard fought Trofeo Porec over 156 kilometres in Croatia. Liepins first appears in the palmarès websites riding the UCi’s season-long junior competition, The Nations Cup back in 2009.

There was a spell as a stagiaire with Delko Marseille last season but for 2018 he’s with British continental team ONE Pro Cycling and has started his season in style, grabbing fourth spot in the GP Izola in Slovenia as well as his big win in Croatia. Well worth a word we thought. . . 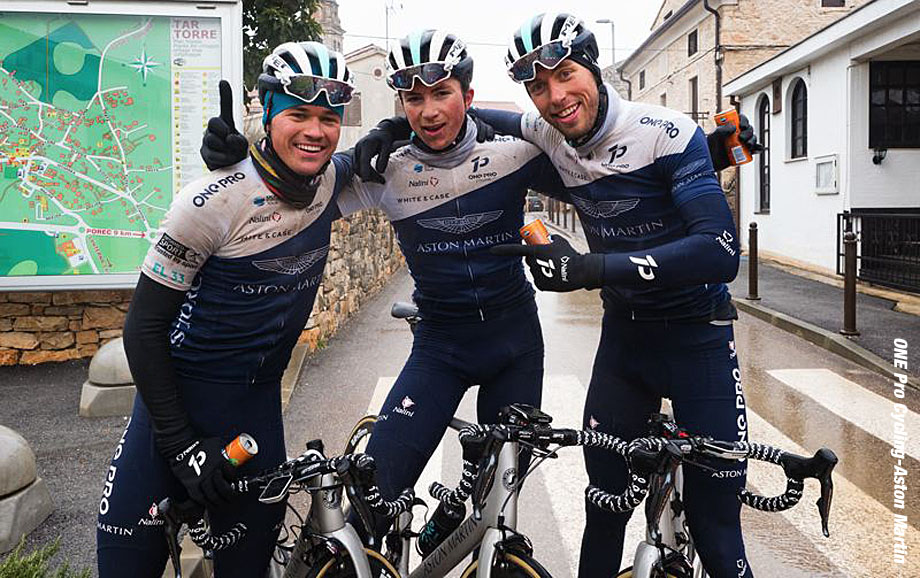 PEZ: Is cycling a big sport in Latvia and how did you get into it, Emils?
Emils Liepins: Cycling isn’t really popular in Latvia, we have some sportives where up to 4000 people start but there are only 10 professional riders in the country so it is still developing, but the sport is growing. My father was a cyclist but he didn’t really want me to be a cyclist, however my mum took me to a cycling school when I was six years-old and I started riding BMX, when I was nine years-old I then started riding on the road.

PEZ: Is Latvia’s most famous cycling son, Roman Vainsteins still around the scene?
Yes, Romans helps me with tactics and reviewing races.

PEZ: You spent much of the formative part of your career with Latvian continental team Rietumu-Delfin, what was your time at that team like?
I really enjoyed racing with Rietumu, we didn’t have a big budget however it guided us well through the process of growing up and becoming professionals, it was a great environment to develop in. 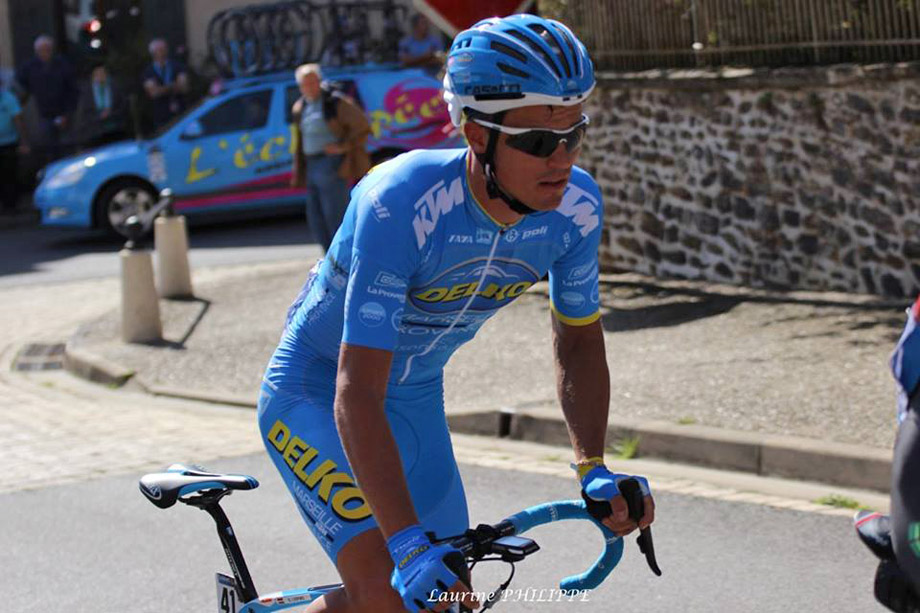 PEZ: Stagiaire with Delko Marseille how did you make that connection?
I had some good results throughout 2017 and ex-professional Arvis Piziks who is a DS within the Marseille squad – he was Latvian champion and rode the Tour de France several time during his career – had good connections to the staff at Rietumu and so the connection was made.

PEZ: You rode some big races with Marseille, Paris-Tours among them – and a top 25 in the Brussels Classic how did you find the level in those races?
At the start it was really tough, but each race I got better and became stronger. Paris-Tours I suffered bad luck whilst in the front group, puncturing with five kilometres to go but the whole experience with Delko was really good. 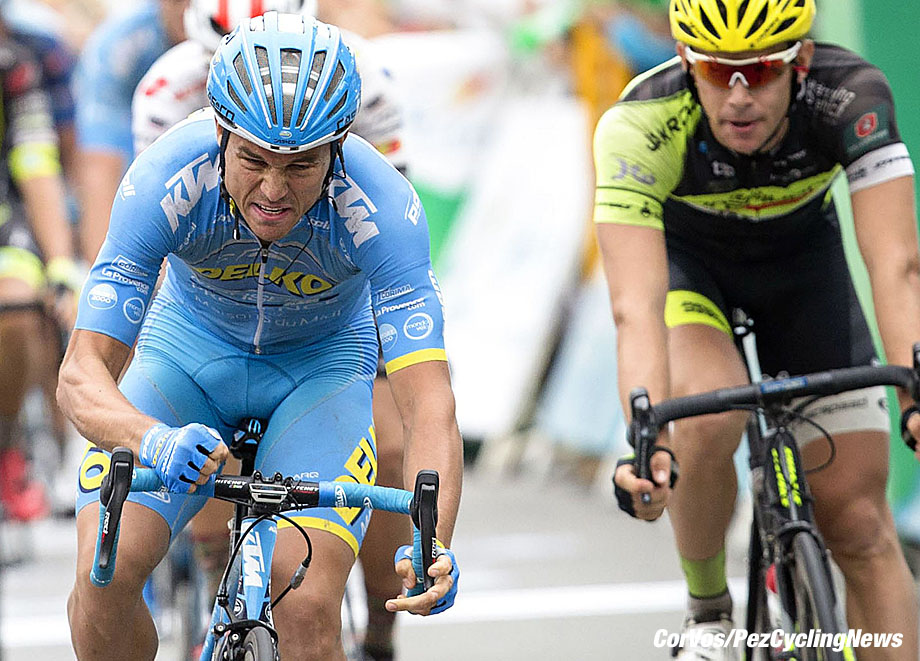 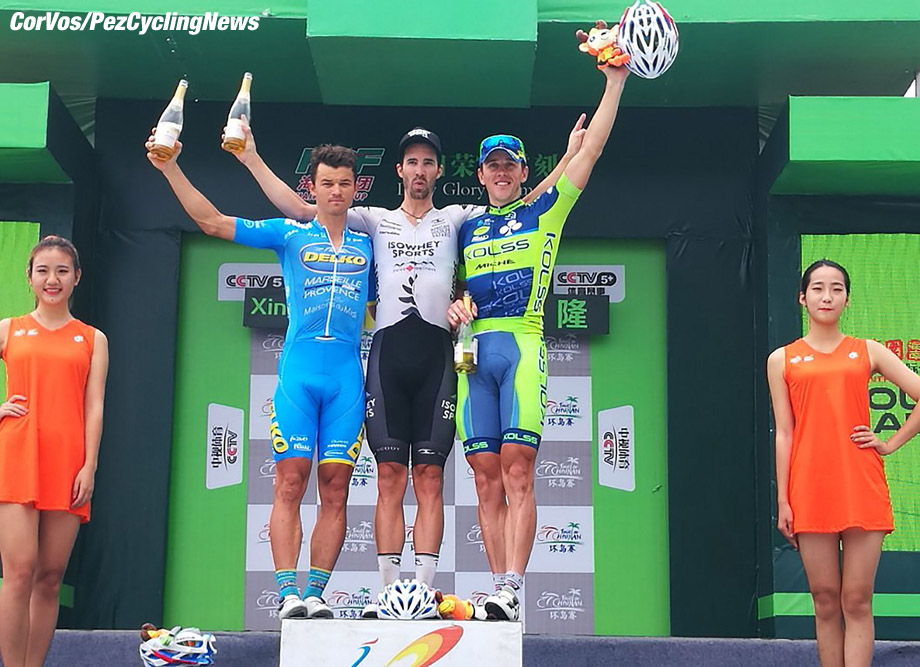 PEZ: You had a nice Tour of Hainan last season, tell us about that.
I had really good form in the race, at the start of the tour I was helping my team mates, however after the queen stage the team saw I was in good form and the team then decided to go for the GC for me as I was able to get over the climbs and took third in the final overall result.

PEZ: Do you prefer one day or stage races?
I enjoy all types of racing and at this point don’t really have a preference. 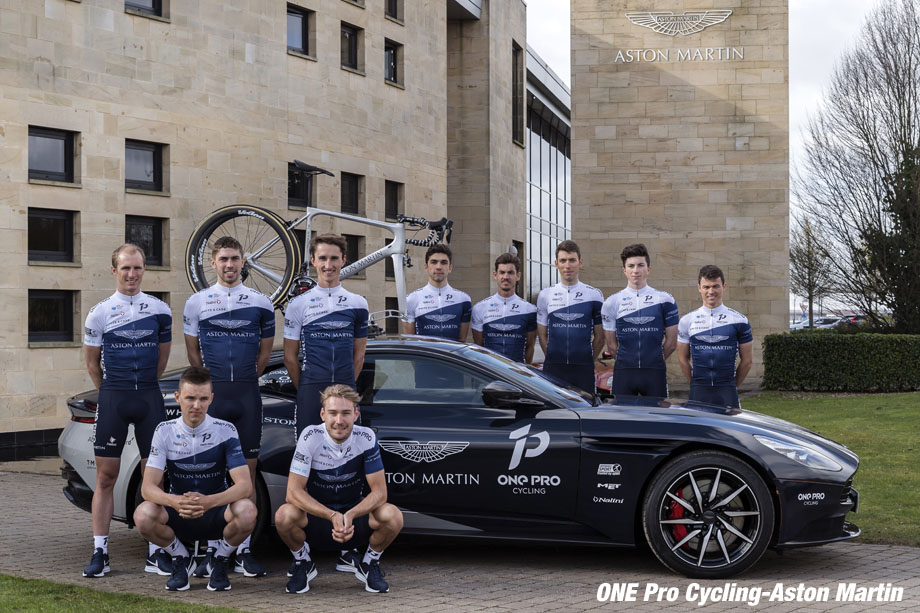 PEZ: How did the One Pro connection come about?
I was aware that ONE Pro Cycling knew who I was because I raced against them in Rutland and Velothon; however the connection really came about after they heard I was still available after The Tour of Hainan and Matt Winston connected me. The deal was struck very quickly from that point.

PEZ: You’ve started this year well, fourth in Izola and the winner in Porec, what do you put the good form down to?
I have trained really hard through the winter, my head is good, I am very happy in the team and I am only thinking about cycling, I believe this is the main contributor to my good form. 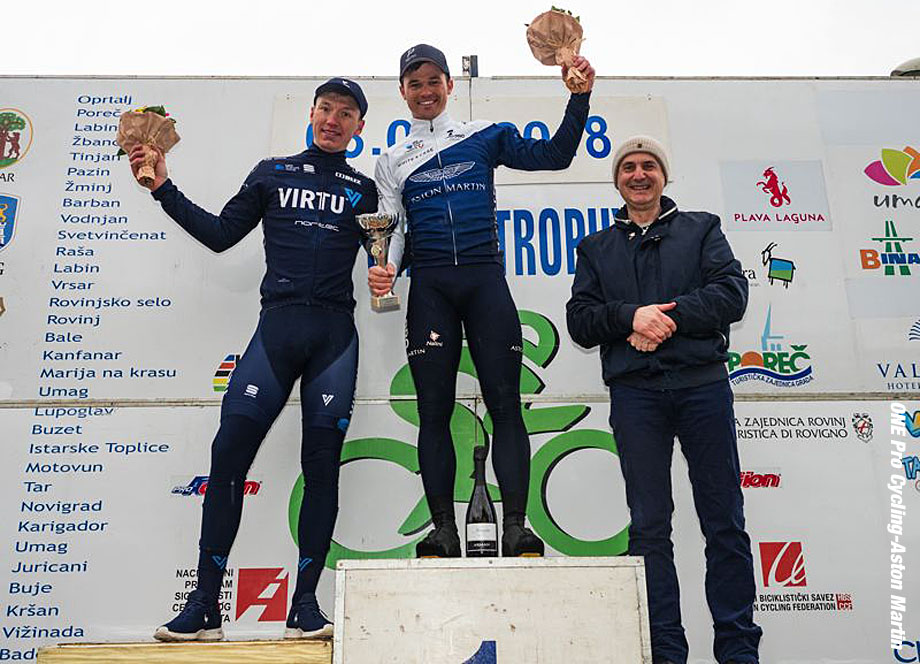 PEZ: Tell us about your win in the Porec.
The team did an amazing job and the sprint suited me with an uphill drag to the finish line. The whole team rode from 40km to go just for me and we still had Karol Domagalski left in the final kilometre, he led me out perfectly to 300metres to go and I was then able to win the sprint.

PEZ: Where’s ‘home’ for 2018?
Girona in Catalonia, but I will spend a lot of time racing with the team in the UK. 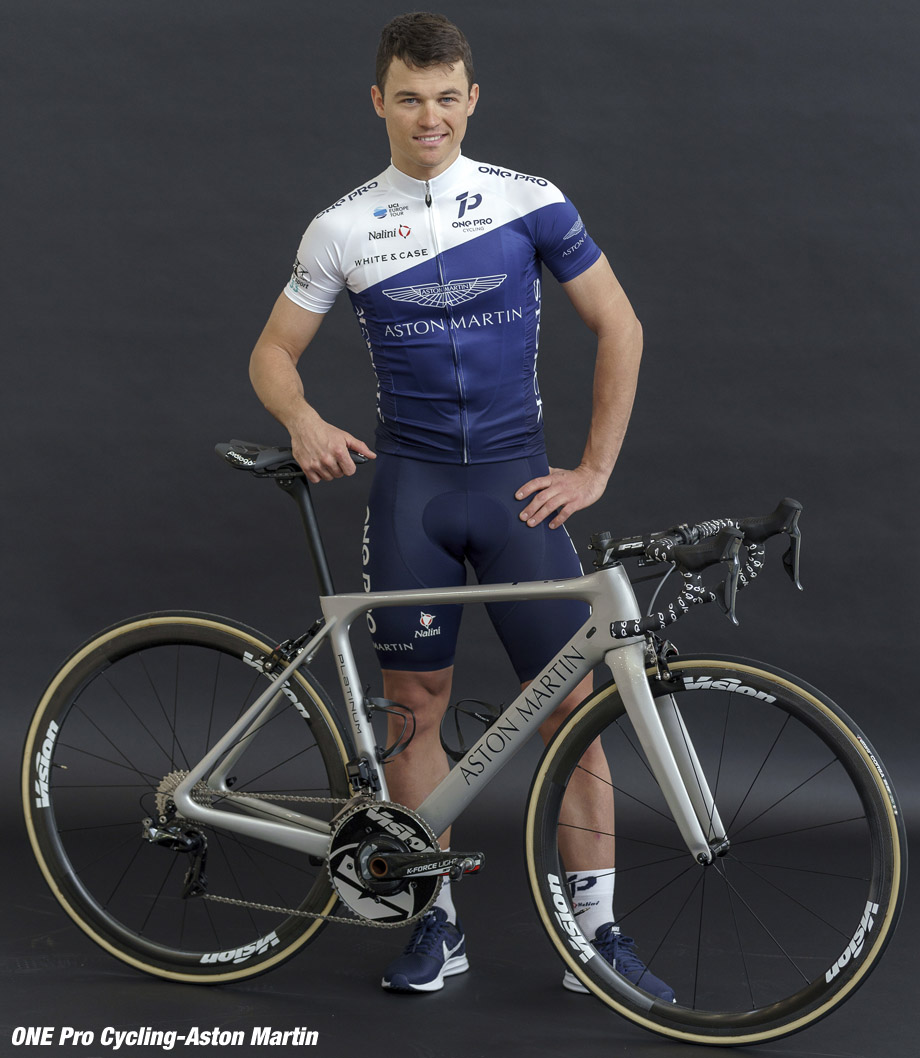 PEZ: The team is on Storck machines – very nice, how are getting on with yours?
I really like the bike, its stiff which is important for me and it’s really aero especially with the design of the fork – and the fact it’s an Aston Martin edition is very special for me. 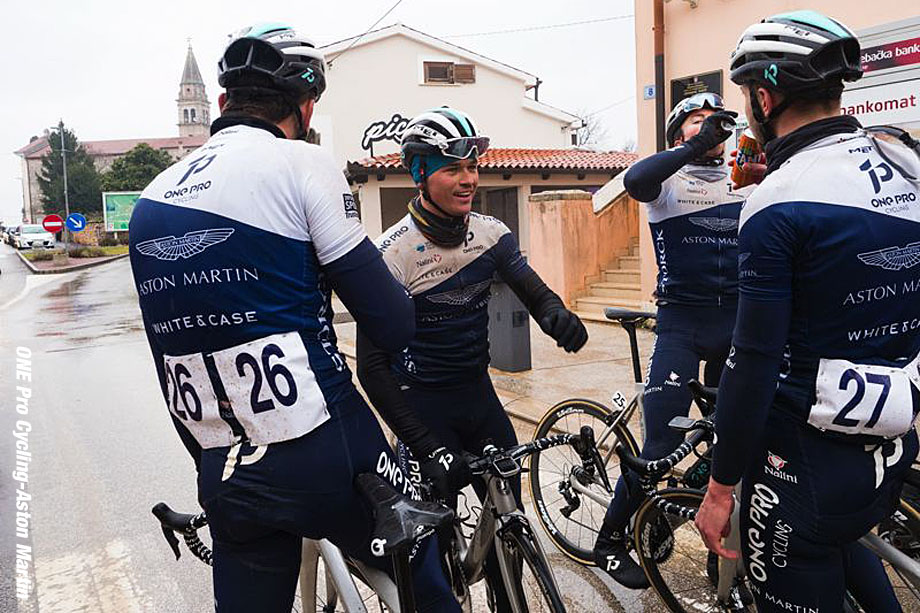 PEZ: What are the goals for 2018?
I had 13 UCI Podiums last year, this year I would like 13 race wins. It’s an ambitious target but I believe in this team and environment it is possible.

# PEZ will be keeping an eye out for Emils during the season to see if he can achieve that ‘lucky 13.’ # 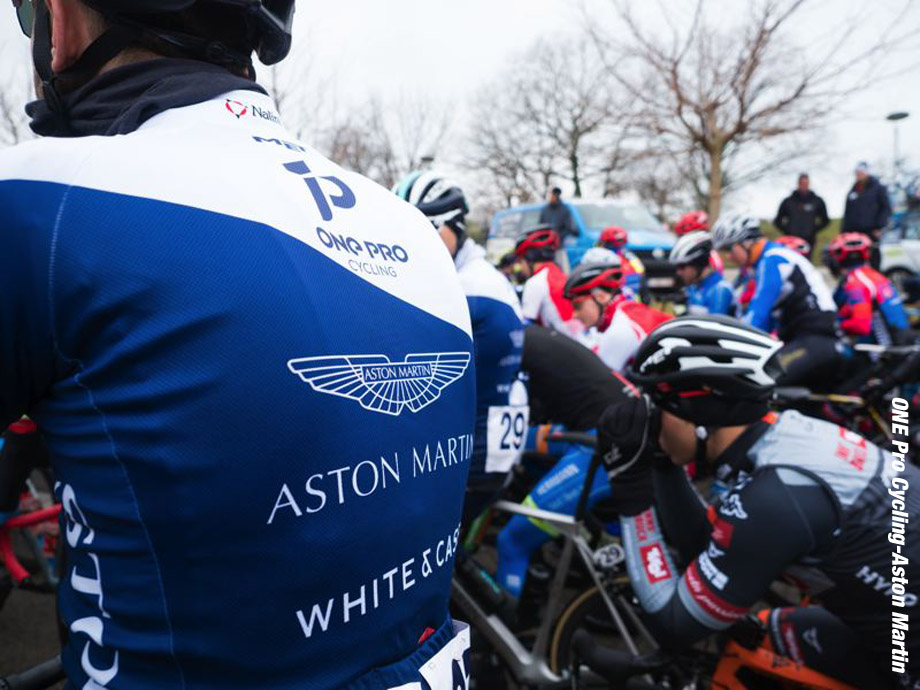