The final Rest Day is a few days in the past, but the words of our Columbia friend, Adam Hansen, are always worth a gander, so as we take a deep breath after a typical late Tour stage, let’s look back at Adam Hansen’s Rest Day remarks.

PEZ: What was the Columbia game plan for the Prato stage, Adam?
Adam: We knew that a break would go early and we wanted to be with it, if it was a small break then that was my job, but if it was bigger, then George (Hincapie) was to get with it.

As it happened, we missed it, but it wasn’t such a bad thing because the peloton took the first climb (the Agnel) easy after that. 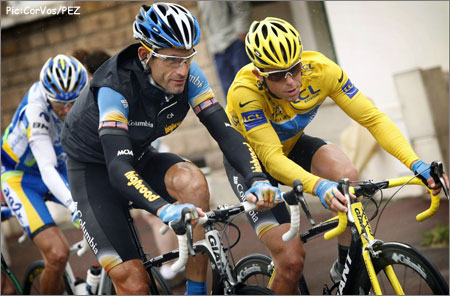 PEZ: You were in the bunch over the Agnel?
Adam: I got distanced a little before the top, but got back going down the other side, the weather was horrible and the descent was really dangerous, even so, I was up to 80 kph on some parts.

You have to take your glasses off for the descents and there was just so much spray that I couldn’t see; I was trying to follow the white line but I over cooked a couple of bends and then I saw Pereiro lying there – I went slower after that! 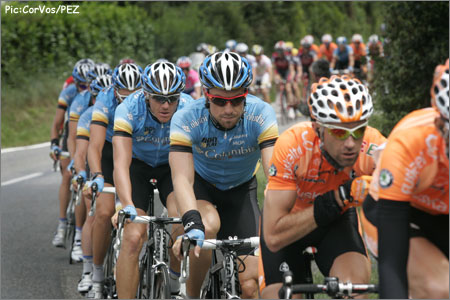 PEZ: You were with the peloton across the plains?
Adam: Yeah, I got back on and rode in the bunch until the third cat climb (Colle del Morte) – CSC just flew over it, and split it apart.

I knew it wasn’t far to the finish to Prato, so there was not point in wasting energy and trying to get back, only to get dropped again.

PEZ: So you were in the autobus, who’s the conductor?
Adam: Yeah, Robbie McEwen organises things a little, but with ear pieces now, you’re getting information on the time gaps from management in the car.

I just took it easy; at that stage your only goal is to beat the time limit.

I guess I’m lucky because I’ve never been in a situation where I’ve had to ride hard to try and beat the cut.

PEZ: What gears were you riding on Prato?
Adam: I ride 38 x 27 and try and spin, if you use ‘normal’ gears, then you cadence is down to about 45 and it becomes like a power training exercise – and that’s really not what you want. 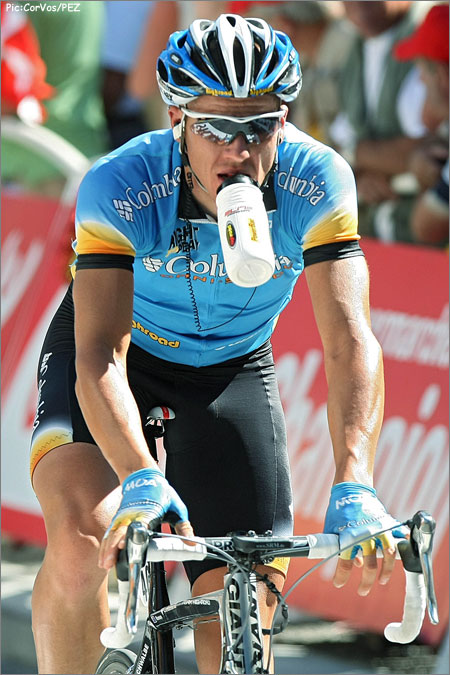 PEZ: What about food on a stage like that?
Adam: Two Power Bars, six gels and six or seven bottles, I like the Power Bar drink with water.

PEZ: It was pretty hairy coming down Prato, wasn’t it?
Adam: It’s always like that after a mountain top finish, I rode down, as do most guys, but there has to be a better system.

Last year Patrick Sinkewitz hit a spectator in those circumstances, he was badly hurt and the spectator almost died. 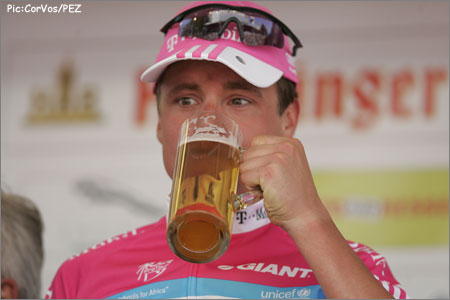 The pros just want to get down quickly, but a lot of the spectators who are on bikes get spooked by us going past them so quickly and start to wobble or swerve.

On a descent in a race you all have respect for each other and ride in a predictable fashion – it’s not like that when you are riding down from a finish along with fans on bikes. 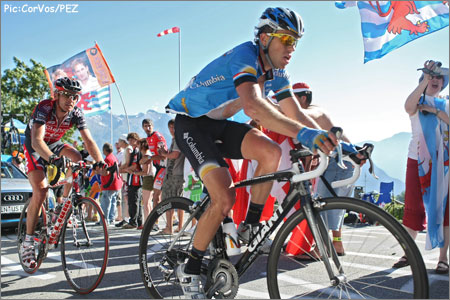 We’re still hoping for a podium place and we’re looking to get Ciolek up there in Paris.

Gerald is a fast finisher, but he’s also a strong climber, he’s a very good rider. 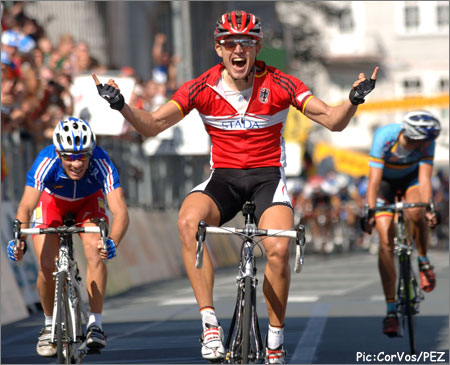 PEZ: Giro and Tour this year, how do you feel?
Adam: So far so good, I feel fine and I’m still hoping to get in a break before the end here.

I’ll have had 64 days of racing after the Tour, but I rode the Vuelta last season, so that’s three Grand Tours on the trot.

After the Tour I’ll have a bit of a rest for two weeks, not touching the road bike but doing some hiking and mountain biking; then it’s the Tours of Poland and Ireland plus Plouay and the Worlds.

I think it’s quite a light programme to end the year.

Two national Tours, a classic and the Worlds is light? – I guess that’s why he’s a pro!

Tour De PEZ: Quite A Day!