Who will be the next Lance Armstrong? Well, there is a good chance he will come from the USA Cycling National Development Team program. Cycylists like David Zabriskie, Saul Raisin, Jason McCartney, Tyler Farrar, Tom Danielson, Mike Creed and Aaron Olson have graduated from the national U23 program into the Eurpoean Pro Peloton. John Devine is the latest National U23 cyclist to join The Discovery Channel Pro Team.

PEZ: John, you placed 18th in the recent under 23 road world championships last year. Tell me about that race, what was the racing like for you that day?

John Devine: It was my second time at the worlds, so it was nice having that previous year’s experience. We did not do so well the year prior because with 3 kilometers to go our sprinter crashed. Last year we had three riders to start. It’s kind of hard to control the race with 3 riders in the race, so our main goal was to try and help each other out as best we could but also finish in the top 25. That way the following year we could have 5 starters. The race was a lot about position. It was about a 22 kilometer circuit with two back to back climbs. 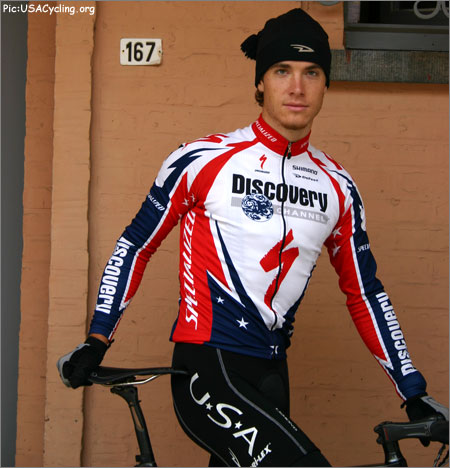 The first climb led into a really steep climb, so you had to be in the front. You just saved so much energy, so I played that game the whole day. And on the last lap a split happened around 50th place and about 6 guys were off the front. I was sitting really well for the sprint, but got tangled up with another rider with about 100 meters to go. He actually grabbed on my waist and slung himself up into position. We protested but it happened in a tunnel, so they didn’t have any cameras on us. But I felt pretty good about 18th place. So, I was still very happy.

PEZ: You have done a fair amount of European racing, and have raced against many of the same guys. Even now in your young career there are rivalries that have developed. Can you tell me maybe tell me a story about one of those rivalries?

JD: Yeah, there is a team. (laughter) We were in a Spanish race, and they had a jersey for the best foreign rider. There were mostly Spanish riders in this race. So, it was the national team vs the Spanish team. And one of the days, I took the TT jersey from one of the riders and so the race within the race was our national team vs their team. So there was a Danish team, and I think I had about 16 seconds on them. 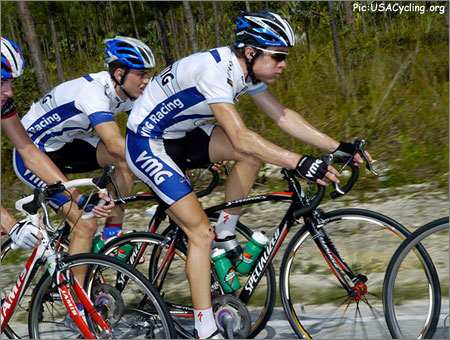 And the last day was the sprinter stage but they had one guy up the road by 40 seconds and there was about 10 kilometers to go. Thankfully he was in jeopardy of taking the GC, so I had a lot of help on my side. But his team director was coming up to my team director saying “NO! you shouldn’t chase. There is no way he can win this jersey.” So, after that race during the season , they were not the most polite to us. They thought we were just going to lay down and give them the jersey.

PEZ: You give a lot of credit to the USA road cycling Director of Development, Noel Dejonckheere, and how he has been a huge influence in your growth as a cyclist.

JD: Coming onto the team my first year, I was on the Mt. Bike National Team and we spent five weeks in Europe. I was definitely afraid of Noel. (laughter) Belgians are such hard workers. And they just seem stern. I definitely feel like it is easy to get on their bad side. So, all you are trying to do is impress. 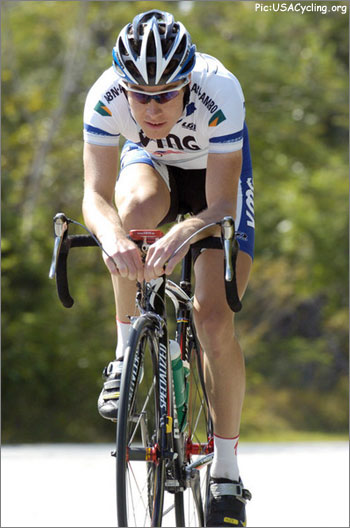 There is a funny story. My first trip over there I was sick, and I was not able to do a race. So I stayed at the house while the other riders went to the race. We had to make our own dinner, so that night we decided to make frozen pizza. And one of the team helpers came to see how we were doing. She knew I was sick. It was clear to her that if someone was sick they could not eat pizza! So, they were not happy with me.

At the end of that trip, Noel had a talk with us, and he said that “all first years, we give them some leeway, we expect them not to be too focused”. I definitely remembered that talk, and I knew that I wanted to get serious and next year make a good impression. That was the first time I got some insight to him. He definitely knew what was going on. He knew it was hard for young guys to come over to Europe.

So, I really appreciated him opening up to us. The following year, which was 2005 and 2006 he has just really been tough love with the riders. Which I really like, because I think you have to earn their respect. You know this sport is so hard, you don’t want someone just handing something to you. They give so much to the team, you don’t mind giving yourself. 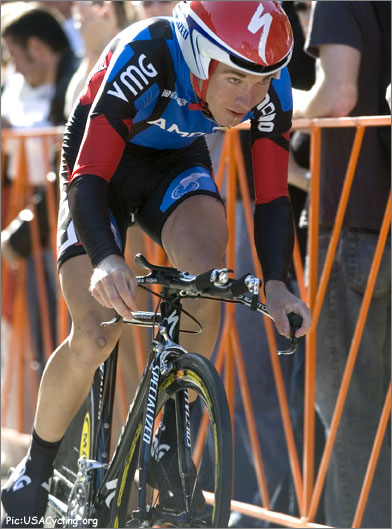 Noel is also really smart when it comes to directing. Just looking back from this year to now, I feel completely different in every aspect. Now you realize how little you knew then. And it is like I am starting all over again, now that I am here with the Discovery team. Once again I realize how little I know.

Back to Noel, I feel like he has done an awesome job. All of the staff members have done such a great job preparing the riders.

PEZ: Do you think the main goal of the USA Cycling National Development Team is to get riders into the European peloton?

JD: Absolutely, I think they have seven or so riders in the pro tour now. David Zabriskie, Saul Raisin, Tyler Farrar, Jason McCartney,Tom Danielson, Mike Creed, Aaron Olson have all come out of the U 23 cycling program. That is definitely there goal; to turn us into Pro riders. And look at the results. 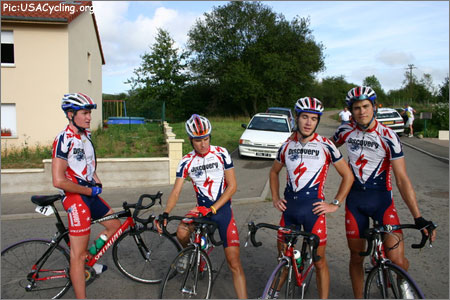 I think they are doing a great job. I think they have a great formula. You are completely immersed in their culture. The falicities we have are great. We have someone cooking dinner for us every night. We have a warm bed to sleep in. All you have to worry about is race your bike. I think that is what it takes. There is nothing to complain about over there.

PEZ: You guys are obviously a pretty elite group of athletes. Do you ever get a chance to talk to these guys that have made into the peloton from the U23 program?

JD: I am definitely very familiar with Tyler, and somewhat Saul, and have had a chance to speak with Zabriskie. Last year Aaron Olson spent some time with us. You know, Aaron Olson is such a nice guy, he gave us a big insight to what the stuff was like. And Tyler also, because I got race with Tyler Farrar last year. He was a good teammate. Those two guys definitely gave great advice. 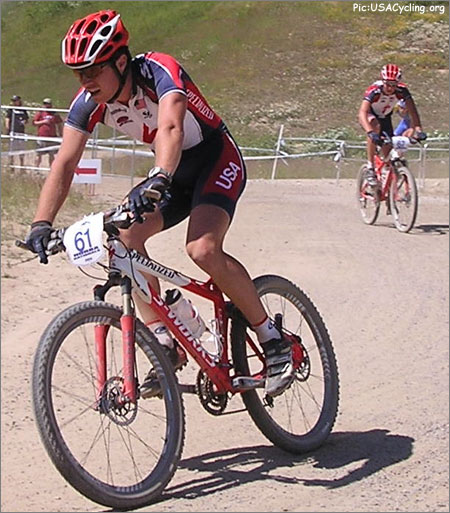 Devine is yet another convert from mountain biking.

JD: I just love the fact that you can wake up, relax with a cup of coffee, and breakfast and then go out and suffer all day. That is all you do, that is your job. And then you travel the world, you get paid for it. You see so many places. Your teammates are such a core group of guys. I just love the atmosphere. You have one job to do and mentally it is so simple. You have one job to do and that is be fast. While I was at school all I could think about was cycling. And now that I am riding my bike it is stress free. You are around such cool people. Everything is so professional with the Discovery team. Top notch.