He was a pro for 17 seasons, won Liege-Bastogne-Liege, The Amstel Gold and was still competing at the highest level in 2002; he’s Saunier Duval general manager, Mauro Gianetti. He’s the man who has constructed this team from nothing more than a dream; at the Granada team launch he took time to share his thoughts with PEZ.

PEZ: Your thoughts on 2007, Mauro?
Mauro: I’m very happy with how the year went, we had our best-ever results; 29 wins with 15 different riders and we’re up to sixth in the Pro Tour team rankings after just four years.

Our progression has been very good, we started from nothing with just some young guys and now we are at this level.

PEZ: The highs and lows of 2007?
Mauro: The Giro with four stage wins, that was the high point. The low point was the Vuelta: we won a stage with Leonardo (Piepoli) but Marchante and Cobo were both sick and we didn’t get the GC result I had hoped for. With the team I had assembled I had high expectations, that was disappointing. 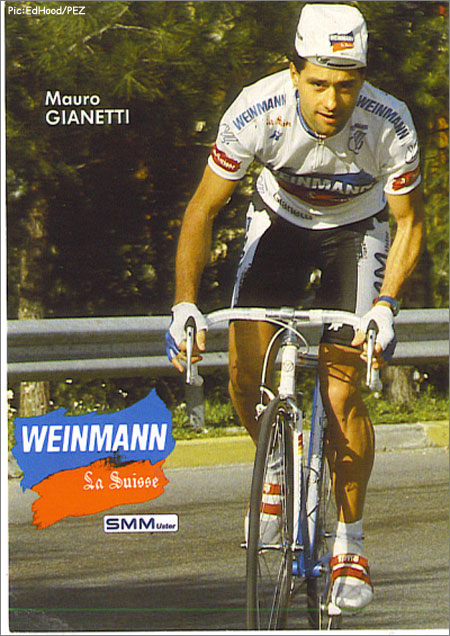 For your picture viewing pleasure today, we’ve got pics from Mauro’s riding days…way back in the day. This one is from 1988!

PEZ: Was losing Prodir as a sponsor a surprise?
Mauro: No, during their four years with us they saw their sales grow 55%, but the growth curve had tailed off and they had gone as far as they could with us. They have a different marketing strategy this year.

Scott has taken over as our number two sponsor this year.

PEZ: What about Iban Mayo?
Mauro: It’s complicated, the first sample was positive, but the second was ‘inconclusive,’ we are still waiting for a solution, but I think it would be difficult for him to ride for us again.

PEZ: Ricco, what can he do in 2008?
Mauro: It’s an important year for him, last year he was young and there was no pressure upon him but this year he carries a lot of expectations.

He has a good character though, it is the character of a leader; however I am not looking for a huge improvement from him, just a small progression from his level of last year is all I am looking for.

I think he can develop into a real Grand Tour rider, he has shown he can ride a good three week stage race, but his time trialling has to improve. 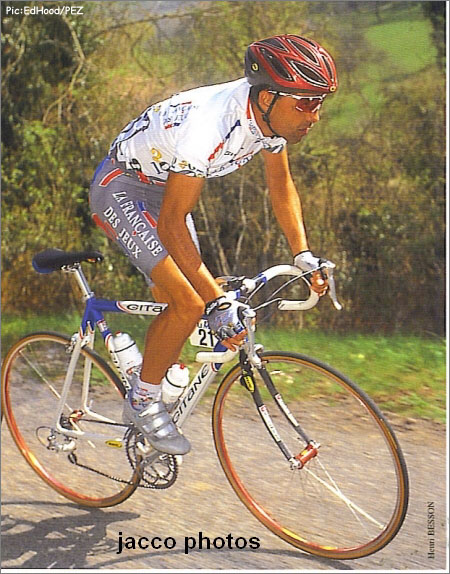 PEZ: It must be disappointing to lose a rider like David Millar.
Mauro: This is cycling, for sure! I am happy for David, I am happy too that I helped a good person who was having a bad time in his life. For me David is not just a rider, he is a friend. He gave the team some good moments, but when he told me of the offer he was made, I said to him; ‘it’s a great opportunity for you, go!’

PEZ: You lost Simoni and Ventoso too?
Mauro: We had two good years with Simoni, his new team (Serramenti PVC Diquigiovanni) need him to guarantee entry to the Giro and offered him a lot of money, I couldn’t pay him that kind of money; he has only a year or two left at the top level so he must take advantage of opportunities that come.

Ventoso; I think he was with us for too long: as a junior, then Under 23, then pro. He needs a change of environment to develop.

PEZ: What are your thoughts on the Pro Tour?
Mauro: I think it is a good idea, despite the doping problems that cycling has been beset with over the last few years, there is still a lot of money coming into the sport; the teams are bigger with bigger budgets.

I think that the Pro Tour must change though, so much has changed in the world in the four years since it started; the teams, the UCI and the organisers have to talk.

The new races, like The Tour of California, are attracting so many spectators, you cannot ignore this; but at the same time we must continue to honour the great races like the Tour and Giro – they have so much history, they are the at the heart of the sport. 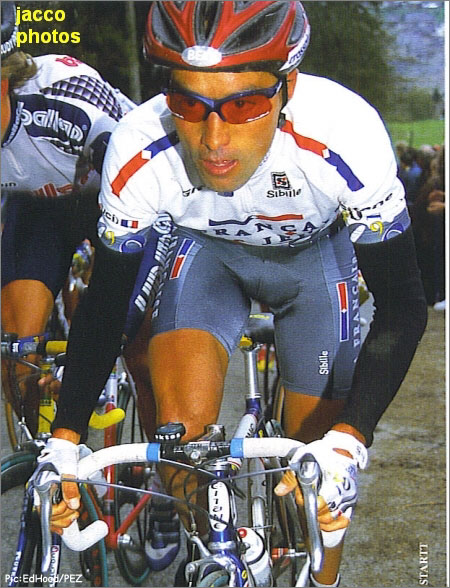 PEZ: What do you think of the ‘Unibet affair?’
Mauro: The full story is not clear to me, but I think that the UCI knew that there may be problems with the issue of advertising that product and were precipitate in issuing the license; I think they should have held back from granting the license until the situation was clear.

PEZ: Your goals for 2008?
Mauro: This year is a change for us, we have lost or let go some ‘big name’ riders and we want to go forward with good, young riders.

Saunier are happy with this doctrine and so are Scott; they are both dynamic companies, they like new guys, new ideas – it’s interesting for them and for the fans.

We want to discover and develop young talent, we don’t have the budget for the biggest stars but winning isn’t everything; it’s attacking, making the racing, and generating interest and publicity that are just as important.

PEZ: If you could win just one race, it would be?
Mauro: To dream costs nothing, the Tour, for sure! To be realistic though, I think that Cobo and Marchante are both capable of winning Tour stages but what I really want is to have a young aggressive team out there, racing hard and to have a good Giro.

PEZ: if you could change just one thing in the sport?
Mauro: I would put the UCI, the teams, and the organisers in one room and not let them leave until the issues we have were sorted out!

Not a bad idea, Mauro, not bad at all!