Sometimes it’s difficult to get an interview, especially if your target is World Road Race champion, Paolo Bettini, he has a Quick Step entourage with him and he’s testing his new bike for 2007. But us PEZ guys are persistent and after stalking him all afternoon I was granted five minutes of his precious time. Paolo’s compatriot and team mate for the race, a former Grenoble six-day winner himself, Marco Villa helped with the interpreting.

Paolo: Yes, at that time Michele was a big rider and I was learning my job. It was a good time for me and he was a good rider to learn from We are still friendly, but Michele has retired now of course. 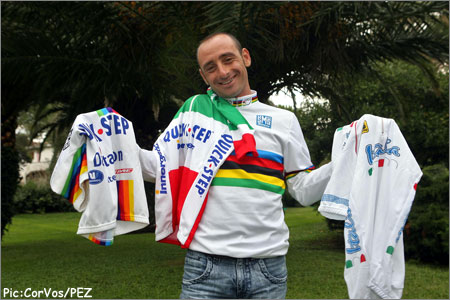 PEZ: This must be your best season ever?

Paolo: It has been a good season, yes. But 2003, 2004 and 2005 were all good also with The Olympics, Liege, Zurich and Lombardy. You must look ahead to the years to come, the one past is now just another season.

PEZ: Can you tell us a little about your World Championship win at Salzburg?

Paolo: The World Championship has been a target for many years but this is the first time it has gone to plan. On the last lap I attacked on the hill, but this was to make the sprinters suffer and make a selection. 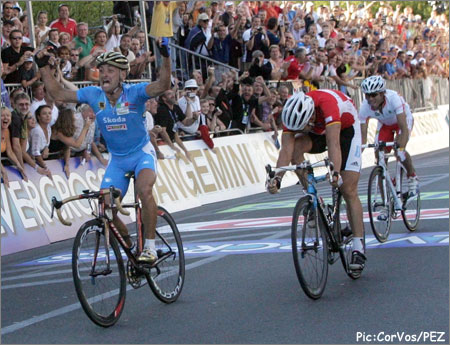 I knew it was too far and the course was too fast for me to ride alone to the finish. I was sure I could win but I knew I had to split the group and loose the sprinters, of course it worked out for me at the finish. 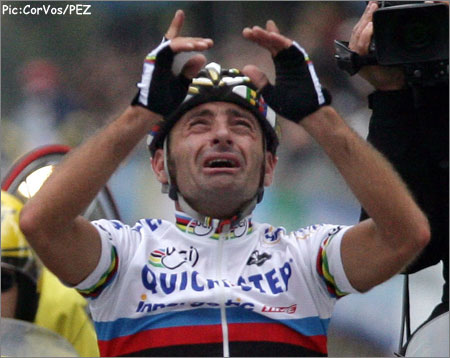 PEZ: Lombardy was a special performance.

Paolo: I have won Lombardy before of couse, but this was a very particular victory. The events leading-up to it with winning the Worlds and then the death of my brother made it a very special, very emotional day for me. 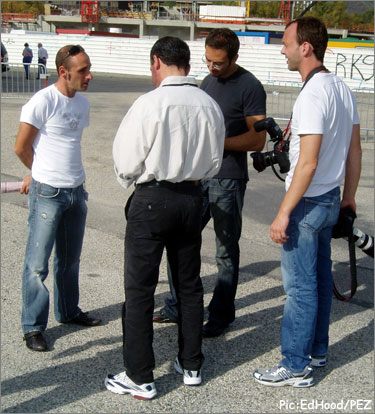 PEZ: This is your first Six Day, what are your impressions?

Paolo: It is a new world for me, very different; the first day was very strange and difficult but each day I have been improving a little so now it is becoming interesting and exciting as I learn more and more. 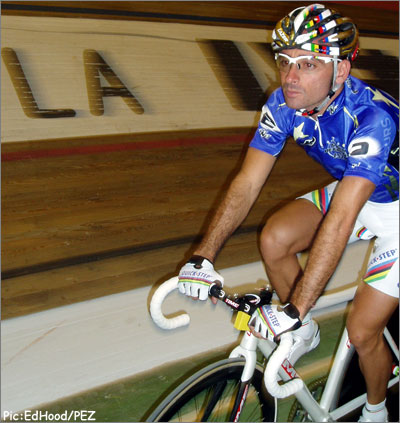 PEZ: Were you concerned about the crashes on the first night?

Paolo: It is the same on the road. Remember that I am a sprinter and sometimes the finishes are very dangerous so this is not so bad.

And then it was massage time. 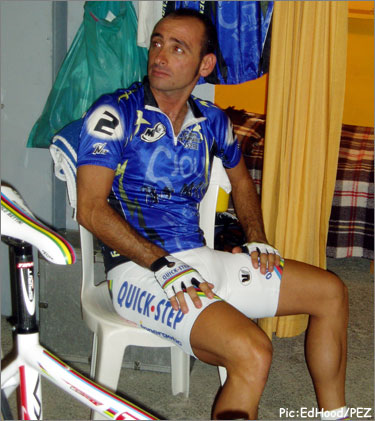 Maybe the next time I get to talk to him I won’t be a runner and I’ll get to ask the rest of my questions, meanwhile, many thanks to Paolo and Marco Villa for their time.