Saunier Duval is a pretty cosmo team with nine nations represented, nothing unusual about that these days – but what’s a Dutchman doing here? Shouldn’t he be with Rabobank? Been there, done that – besides, this climber and chromo-man likes the weather down here: read on. 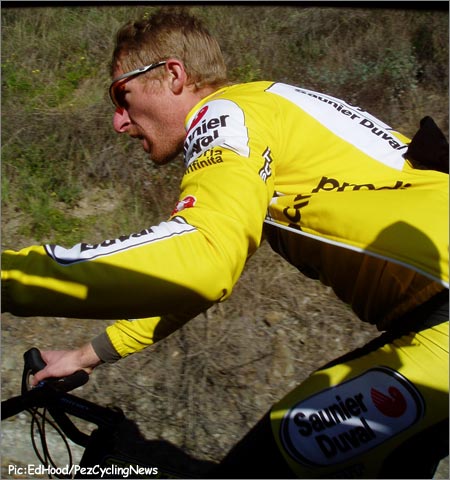 Living in Monaco means there’s plenty of roads pointing up to sharpen the climbing legs.

Pez: This is your second stint with a southern European team, isn’t it Remmert?
RW: Yes, I was on the amateur Rabobank squad and I hoped to go pro with them after the Plouay Worlds in 2000 but they didn’t think I was good enough. At that stage of my career I didn’t have a business manager so I just got on the phone and called-around the teams myself. De Nardi in Italy were only Division 3 at that time but said that they would be going Division 2 the following year, which they did; I signed for them and I rode some nice races with them.

Pez: But then you moved north again?
RW: Yes, Rabobank saw I was riding good and made me an offer, I wasn’t going to refuse, they are the biggest team in Holland after all. 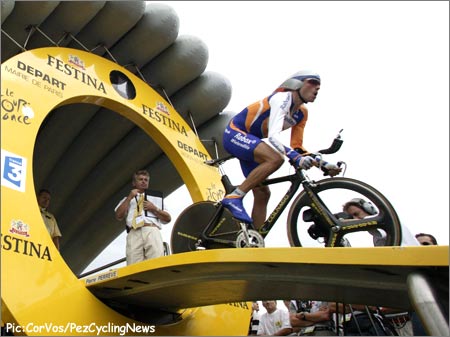 Pez: You had three seasons with Rabobank.
RW: Yes, 2003 started well for me with two wins early in the year but I started to get pain in my knee soon after and I was out of action until five weeks before the Dauphine. I still had good morale due to my wins and I came back to ride a good Dauphine. That ride got me into the Tour but I was completely unready for it, mentally and physically. It was my first Grand Tour and I simply didn’t realize what was involved; I abandoned on stage 16. I had a recurrence of the knee problems in 2004 and didn’t race until August that year. At the start of 2005 Rabobank had me under a lot of pressure to perform, telling me I was on a good contract and had to get results or it was finished with them. I never really felt well all that season, I maybe rode 20 races maximum and at the end of the year I was out.

Pez: You were with QuickStep in 2006.
RW: I was lucky and happy to sign with them, I had two lean years with Rabobank so to get a contract with QuickStep was great. They signed me as a GC rider for the Giro. I live in Monaco and speak Italian 95% of the time so the Giro is almost my home race. I rode a good prologue at Liege, even though the team made me ride a road bike when a time trial bike would have been better, but anyway, I handled the Belgian stages well. The day after the first rest day when the race returned to Italy it was the team time trial. I had caught a virus and the team doctor wouldn’t let me start the ttt because I was so ill. After that the team’s attitude to me was never really the same. I rode the Dauphine but was inconsistent, good one day, bad the next. I had originally been told that I would do the Tour but in the event the team was built around Boonen. I think they expected too much of me in the Giro, it was never the same with them after that. 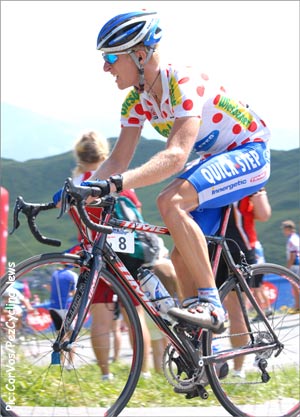 Wielinga led the KOM at the 06 Tour of Austria, he eventually scored 7th in the classification.

Pez: So it was time to fly south again?
RW: I’m very happy to be with the team, they believe in me and are giving me a lot of freedom in selecting my programme. At QuickStep it was; “you will ride the Giro!” Here there’s a lot more flexibility and willingness to talk.

Pez: There’s a big difference between north and south European teams then? RW: For sure, but not just in cycling, in the south people are much more relaxed and they communicate better, in a less arrogant fashion. When I retire from cycling I won’t go back to Holland. It’s not that I’m against my country it’s just that the southern European weather and lifestyle suit me better; even although the cost of living is higher down here.

Pez: What’s your role in the team?
RW: The first thing I have to do is to learn to speak Spanish properly! I will be working hard for the team when asked to, but it has already been agreed that there will be days when I am given my freedom to go for the win. 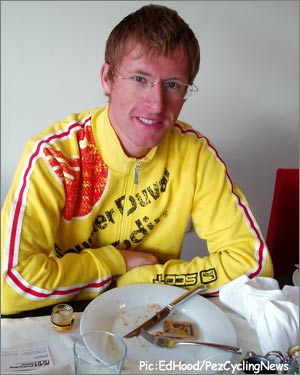 Pez: Your palmares tell me that you were twice amateur time trial champion of Holland.
RW: Yes, but it’s a strength I’ve never developed as a pro, none of the teams I have ridden for have focused on the chrono. At Saunier I hope to be strong n stage races so it’s vital that I can time trial well. Here I will be able to do specialist time trial training and develop my time trial position. 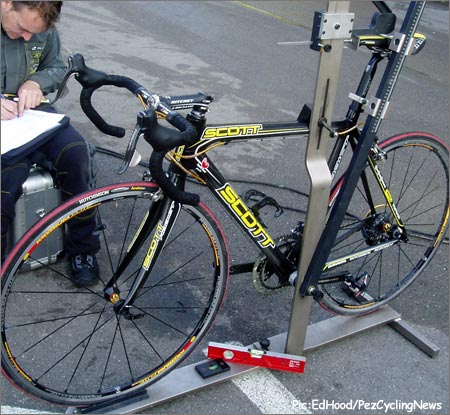 The new SCOTT Addicts matched with SRAM Force gruppo – a hit with the Saunier riders.

Pez: How about the new equipment?
RW: The Scott is the lightest bike I have ever ridden but it’s also very stiff. If you aren’t going well you can have the best bike in the world and it won’t help, but if you are going well a good bike is great for motivation. I like the SRAM equipment, it’s interesting to use new stuff and for me it’s as if they have take the best elements of Campagnolo and the best elements of Shimano and combined them, it functions very well. I think that they can win a significant share of the market with this equipment. In the morning, after breakfast when it’s time to go training, if you are going out on a nice machine it’s very good for the morale. My Scott is so nice, it was almost like receiving a gift.

Pez would like to thank Remmert for letting us disturb his breakfast and wish him (and his Scott) all the best for 2007.

PEZ Jerseys: Even Better Than Plastic!