Tom Stubbe has worked his way up the ladder from stagiaire at Relax-Bodysol in 2004 to Chocolade Jacques from 2005 to 2007, and then in 2008 he rode for Franзaise des Jeux. In ’09, the 27 year old Belgian rider joins Cadel Evans at the re-molded Silence-Lotto team. We caught up with Tom over the New Year holidays for a quick chat.

PEZ: The first question has to be; have you recovered from your crash at the Tour of the Wallonia Region at the end of the 2008 season?
Tom: Yes, but I still have some scars left on my face, other than that I’m fine. 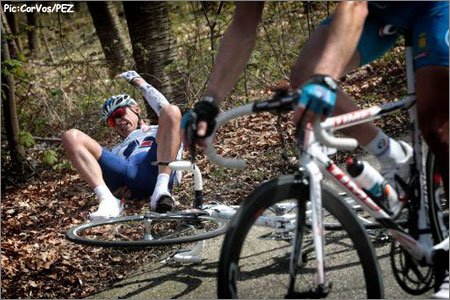 PEZ: How’s the training going and have you been to any training camps with your new team, Silence-Lotto?
Tom: Training is going well. We did a training camp in Benicasim in December. That went really well, we had very good weather.

PEZ: Where will you fit into the team plan and do you know your program for 2009 yet?
Tom: I start in the Tour down Under, then Besseges, Kuurne-Brussels-Kuurne, Tirreno, Settimana Lombardia, Romandie and Giro. As you see I’m doing a lot of stage races! 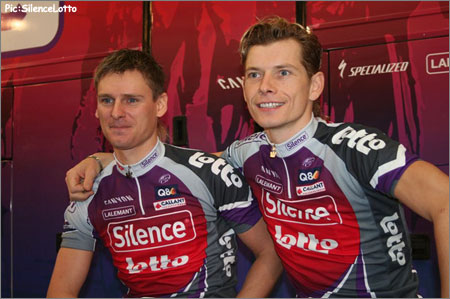 The Belgian Stubbe (left) is back home on a Belgian team for 2009.

PEZ: Silence-Lotto has changed a lot from previous seasons; Robbie McEwen, Popovych, Cornu, Cioni and quite a few others have gone, so what are next year’s aims?
Tom: Yes there are a lot of riders that left the team but Lotto also took in a lot of very good riders like Dekker, Gilbert… I don’t think the team lost any of its qualities to last year. So they aim for the classics and the big tours again. With riders like Hoste and Van Avermaet, Dekker and Gilbert they can go for victory in the spring classics and of course there is Cadel and Jurgen Vandenbroeck for the big Tours.

PEZ: What do you think of your new bike for next year, the Canyon?
Tom: I love the bike, it’s light without losing stiffness and it corners really well. I absolutely adore Campy and the Mavic wheels are top of the line. As a rider you can’t wish for anything more than this bike. 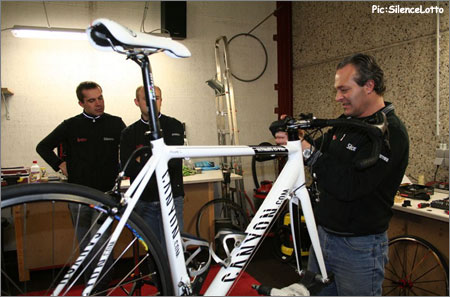 PEZ: Does it feel like you are going “home” to a Belgian team after your year at Franзaise des Jeux?
Tom: It’s nice as a Belgian to ride for a Belgian team of course but I had a good time at FDjeux. I really look forward to 2009.

PEZ: You were 3rd in the 2006 Tour de l’Avenir and you won the 2004 Tour du Loir-et-Cher, so do you consider yourself a stage race rider or a “typical Belgian” classics man?
Tom: I love doing stage races, but my objective is to be as good as I can in every race that I do. In those 2 stage races I had a very good form, but if you can do stage races I don’t see why a one day race should be a problem. I love races like Brabantse Pijl as much as I do stage races, as long as the parcours is not to flat. 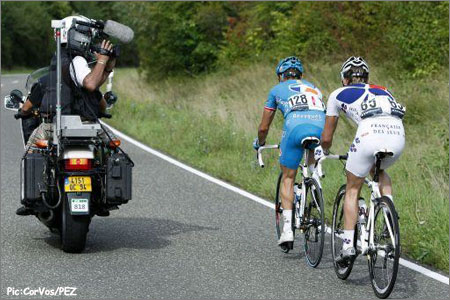 Hard at work in a break with one Mr. Voeckler.

PEZ: If you were to choose any race, which would you like to win?
Tom: Liege-Bastonge-Liege because it is a Belgian race and I adore the Ardennes. It is my favorite race. 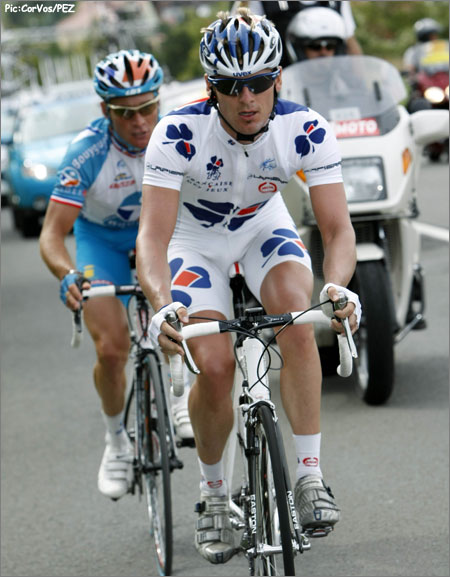 PEZ: And any hero’s, cycling and non-cycling?
Tom: Mmm not really. I respect everybody in the peloton but I do not adore anyone…. Outside the peloton.. my parents… for all the effort and chances they have given me to get where I am now…

PEZ: You were spotted in the crowd at the Gent 6 Days, what other things would you get up to in the off-season?
Tom: I love going to the Six, it’s going out but still in our element. I also love going to a cyclocross now and then, it’s a whole different crowd along the side of the field than it is in road racing… Other than that, the usual stuff, catch a movie, go bowling…. 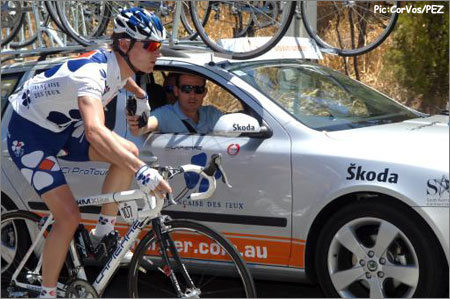 PEZ: You’re Belgian, so what is your favorite beer?
Tom: West-Vleteren, it’s an abbey beer that you get at the abbey itself; you can’t buy it in a shop, although I know a place…

PEZ: And food? Would you ever eat frites and mayonnaise?
Tom: Oh yeah I eat that sometimes but of course not every day, there is a time and a place for everything… You can’t be a Belgian and hate frites… 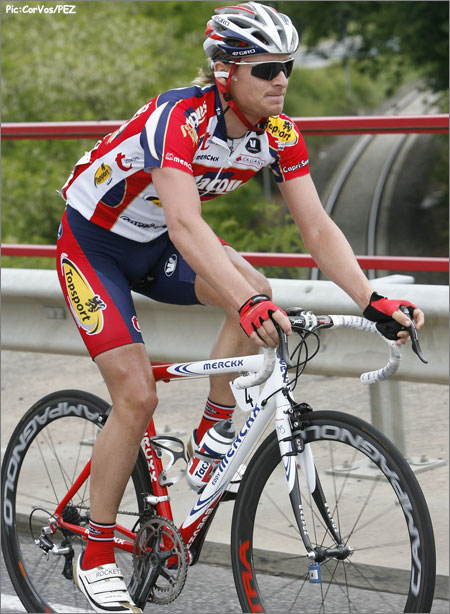 Tom back in the good ol days with Chocolade Jacques.

PEZ: What is going on with Belgian politics, is the country going to split up?
Tom: I don’t really follow it all that well.. my thoughts on politician are: people solve problems that they created themselves in the first place.

****
Good luck for the season and thanks to Tom for sparing us time for the interview and thanks for the introduction to Tom from our “Gent 6 two”; John Anderson and David Martin.