For once, Adam Hansen didn’t have the chance to burn up the tar at the Aussie Champs. This year, he’s offshore in the Mediterranean, getting ready to try and help HTC-Columbia top a remarkable 2009 season. Worried that he may be getting bored, PEZ flashed him 20 questions – here’s what the big man had to say…

PEZ: the Aus champs with no Adam – almost unthinkable!
AH: I know, I know…. I wanted to be there. Love that race. 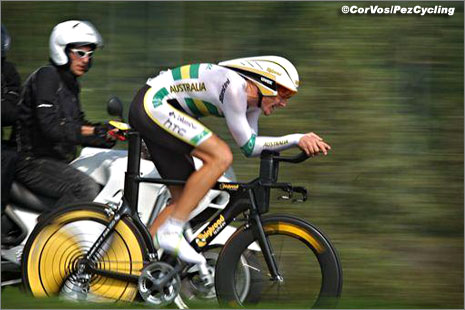 An Aussie TT Championship sans Adam Hansen was just plain odd. We’ll be seeing plenty of him this year in TTs around the world though.

PEZ: How long did you have off in the winter?
AH: Seven weeks no riding, but I always did something else.

PEZ: Do you do gym or other work during that time?
AH: Lots of running, hiking, squash, tennis, basketball just to name a few. 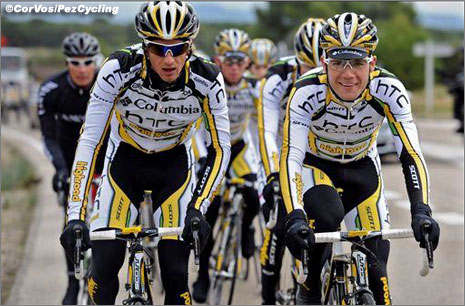 PEZ: Where’s the camp? What’s the terrain and weather like?
AH: Some little island off Spain starting with “M” (Mallorca), full of Germans – and they say it always has nice weather…funny how I’ve had four camps here and it has snowed twice, including this one.

PEZ: Take us through a typical ‘camp day.’
Well (Saturday) today was:

PEZ: Who’s impressing?
The weather – super cold and snow. Mechanics – the bikes are really good. Schaffie – left the correct day for his flights (he missed a race once). Riders? I don’t know…all good so far. 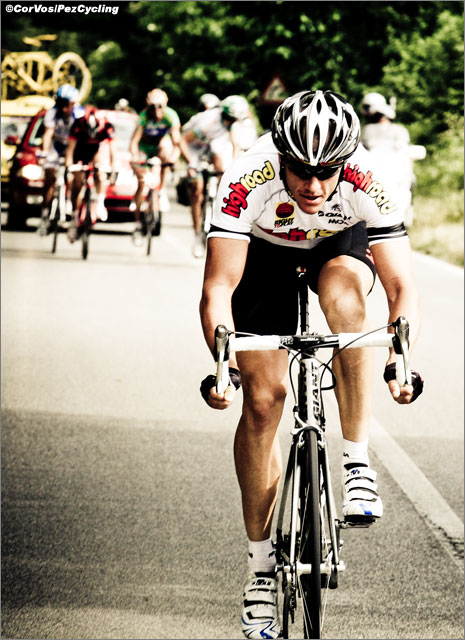 Hansen’s gigantic engine has earned him a niche as a can do guy in nearly every situation – like solo off the front at the Giro.

PEZ: Who ate too much candy?
Franky?!?! [Frantisek Rabon]

PEZ: More Aussie chums for you, this season – Matt Goss and Leigh Howard.
We’re slowly taking over the team!

PEZ: The Velits’s have joined too – aren’t they from near where you live in Slovakia?
They are the close to me, really close, 70kms I think. After them Franky is 470kms from me.

PEZ: What’s your favorite thing about camp?
Maybe a new phone – rumor is it it’s an HTC HD2 – with the new snapdragon processor!!! My first computer was a 33MHz (paid $250AUD to upgrade it to a 75MHz) this phone is 1000MHz, thats one billion cycles per second, in a phone – ok, I love that stuff.

It was 2 degree’s today so the Columbia winter jackets we got for sure work. 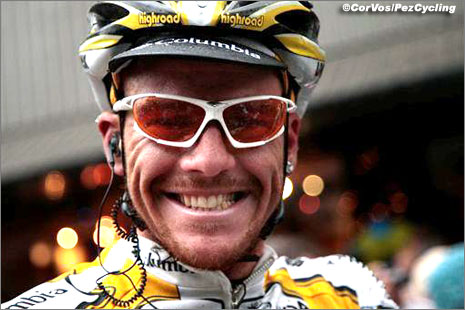 PEZ: Least favorite?
Weather, hate going to camp when the weather is bad. 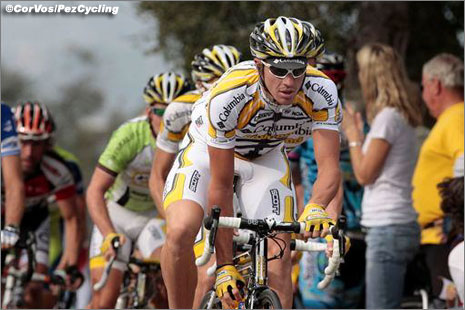 PEZ: And the worst?
Some race in Italy when my tyre came off my rim around a corner, breaking an important bone in my body. 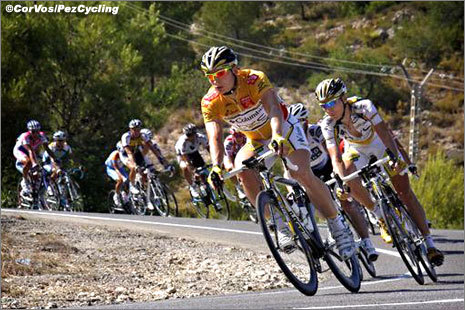 PEZ: Best race for the team in 2009?
With me in it, it was the Vuelta: Yellow jersey for a spell, Green jersey to the finish, and 5 stage wins. 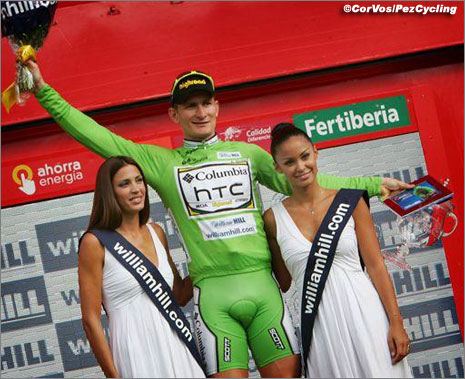 He also had a big part in the final Green Jersey too!

PEZ: Have you got your programme yet?
I have a piece of paper with races on it, but I don’t expect to do most of them. 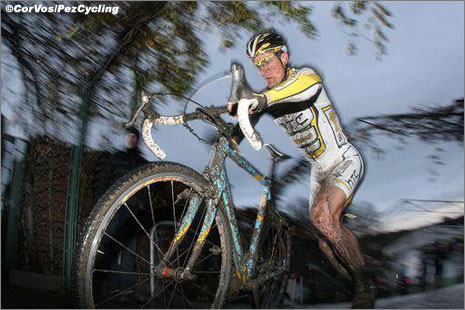 Adam will be working more closely with Greipel in 2010. Speaking of which – he went from recently enjoying some cross racing in Germany… 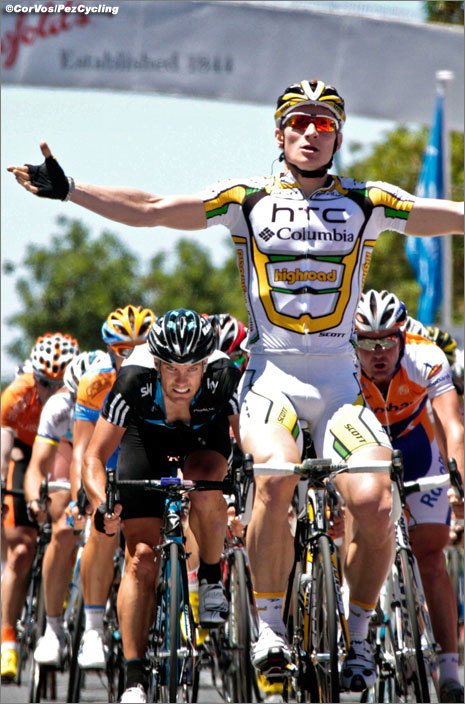 …To winning the first stage of the Tour Down Under on Tuesday! No, wait, and this just in – it’s two stages in two days for Greipel Down Under. Adam will have a race winning machine on his wheel all season.

PEZ: The Scotts – anything new for 2010?
Paint job, but they are still the best frame!

PEZ: Are the Commonwealth Games in Delhi part of your thinking?
Where’s Delhi? Or do you mean Dilli? Ok same place.