Not content with being 2009 world points championship, Cameron Meyer (Australia & Garmin) decided he wanted a rainbow jersey for every day of a long weekend. We had a word with him soon after the Worlds.

PEZ: Three World titles, congratulations, Cameron – planned ? expected ?
To win three World Titles was a dream come true. I went into each race believing that I could win but I never imagined winning all three. It was a perfect championship. 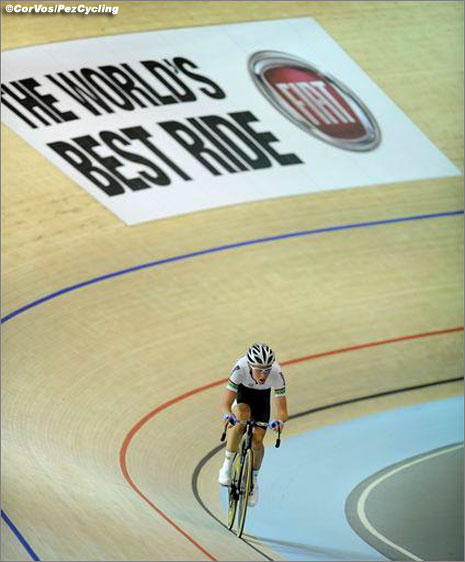 PEZ: Points – why take that ‘extra’ lap and keep sprinting for points ?
After half way in the bike race and taking my first lap on the field I had a leading gap of 9 points over the next rider. With still a long way to go I knew I was capable of attacking again. When I did, I was very strong and was able to take another lap. I then took some extra sprint points to assure if anyone was to also take a lap I would still have a good lead. The race is never over until the finish and sometimes every point is vital and I made sure I was going to be the World Champion.

PEZ: In the madison, did the Swiss and Danes poor performances surprise you ?
I don’t think the Danes and Swiss had too bad races. The Danes were always going to be a heavily marked team as they were the favourite going into the race. They didn’t have the legs to take the lap and we did so that was the difference. 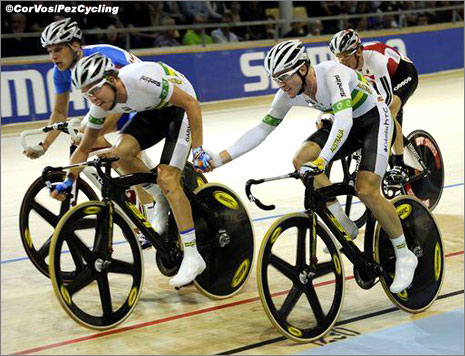 PEZ: In the team pursuit your team can’t have had much chance to train as a unit; how do you manage to go so well ?
We had spent 4 weeks together in Adelaide at a training camp prior to the World Championships. This was enough for us to really have faith in what we could do and in each other. We wanted to win that rainbow jersey so much and not finish second again like last year. This fight is what pushed us to the gold medal.

PEZ: GB say ‘there’s more to come’ from their quartet; what about Aussie for Delhi and London – is there “more to come ?”
I think GB for sure have more to come but so do we. We have such depth in Australia’s track team at the moment and this a real advantage over the next couple of years heading towards London. It will be a great battle between the top nations and hopefully we will come out on top. 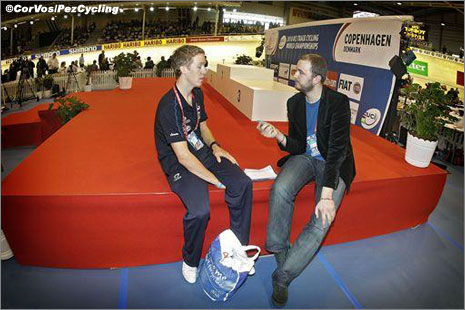 PEZ: Which title gave you most satisfaction and why ?
I could not pick which title gave the most satisfaction. All three had such a special significance to me. To defend my points race world title was a great way to start my championship for me. To beat the GB team in the final of the team pursuit with the fastest time done by an Australian team and with my best mates was fantastic. To top of the Worlds with a third rainbow jersey and be the first Australians to win the madison was also something special. Leigh and I have been teammates and friends for so long, it was perfect. 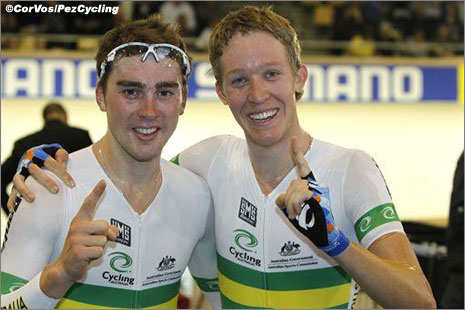 PEZ: You rode a great TT in Oman, how do you manage to be good at so many disciplines ?
Time Trials have always been my strong point on the road. Oman was a great confidence boost before the World Track Titles as it told me I was fit and ready to race. It was also great to be on the podium with Edvald and Fabian which let’s me know I can also compete at a high level on the road.

PEZ: Oman – what’s it like racing in that environment ?
Oman was a fantastic experience. It was a totally different racing environment then what I had ever done before. The people were friendly, the accommodation was amazing and the racing was first class. 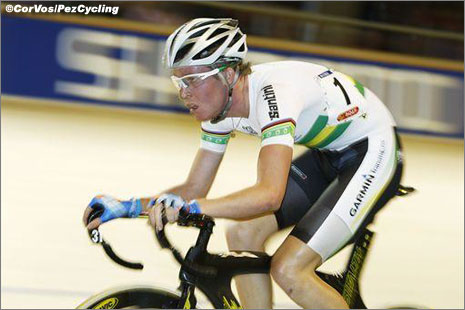 PEZ: You went from the Worlds to altitude training – why ?
I headed to Tenerife three days after the World titles to start altitude training. I had a few days easy and then started my road training. I have spent two weeks here at 2200 meters training with Christian Vande Velde. My first major goal for the road in Europe is the Giro d’Italia which is coming up in May so I have come to altitude to prepare for this. 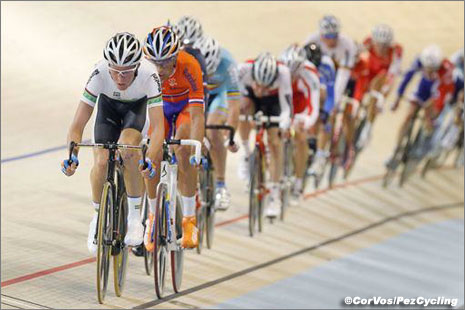 PEZ: Commonwealth Games – a goal ? which events ?
The Commonwealth Games are still a while away but they are a goal for the season. I think my concentration will be on the track events. The Points, Team Pursuit and Scratch race will be the focus.

PEZ: You did your first Grand Tour last year, what will be your next ?
Last year I started in my first Grand Tour which was the Giro d’Italia. I went there for the experience and to play a part in the teams time trial. I completed 13 stages which we planned as to not burn me out. This year I will ride the Giro again and hopefully complete it. 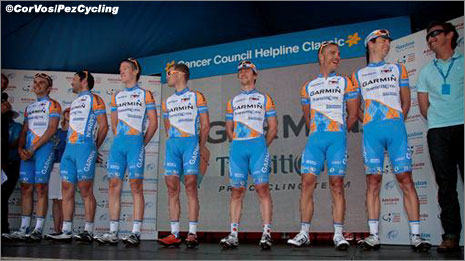 PEZ: Is it still possible to be right at the top on track and road ?
I think to a certain extent yes. Both track and road can work hand in hand. I think if you want to win the Tour de France then yes you must just focus on the road. A guy like Bradley Wiggins is a perfect example and role model of what I hope to accomplish with both road and track.

PEZ: When do you take time off the bike to recharge the batteries ?
I have a few mini breaks throughout the year. I have had a bit of time easy after the track worlds and will have a good break in the middle of the year. When I head home to Australia in October I will take a good holiday and pack the bike up for a few weeks.

PEZ: If you could win just one more race, it would be . . . ?
It would be the Tour de France. Every young cyclist dreams of the Tour and hopefully one day I can compete on the biggest stage.