Interview: It’s great to see new sponsors and new teams appearing on the professional scene and coming in at ProConti level is the Irish registered Aqua Blue Sport team. Ed Hood managed to get hold of the man behind the team, Rick Delaney at his base in Monaco, to get the bottom line on the new boys on the block.

Have you ever dreamed of winning the lottery and starting your own cycling team? 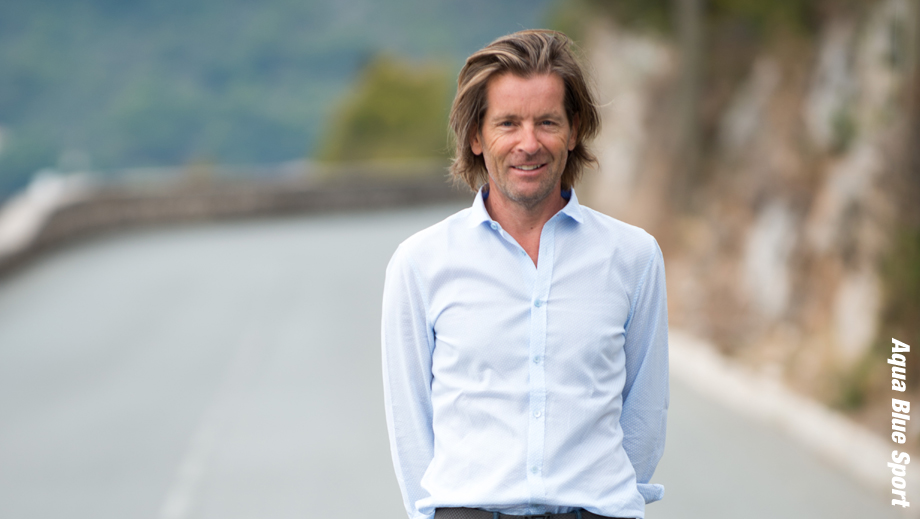 Monaco based Irishman Mr. Rick Delaney didn’t win the lottery but is in the throes of starting up his own team with his Aqua Blue Sport squad, Ireland’s first Professional Continental team. Delaney has sponsored an Irish domestic team for several years but has skipped the Continental level and gone into the tough world of the ‘Pro Conti’ boys – where teams battle each other for starts in the World Tour events and all the riders are scrabbling for those coveted spots in the teams with the flashy buses.

A Pro Continental status means that the UCI’s rigid standards for application and granting of a license must be met; including a hefty ‘up front’ bond to cover rider’s wages in the event of a team collapsing – as was not uncommon in the past.

PEZ spoke to the affable Irishman just after the announcement that his squad’s application had jumped through the necessary hoops was made. 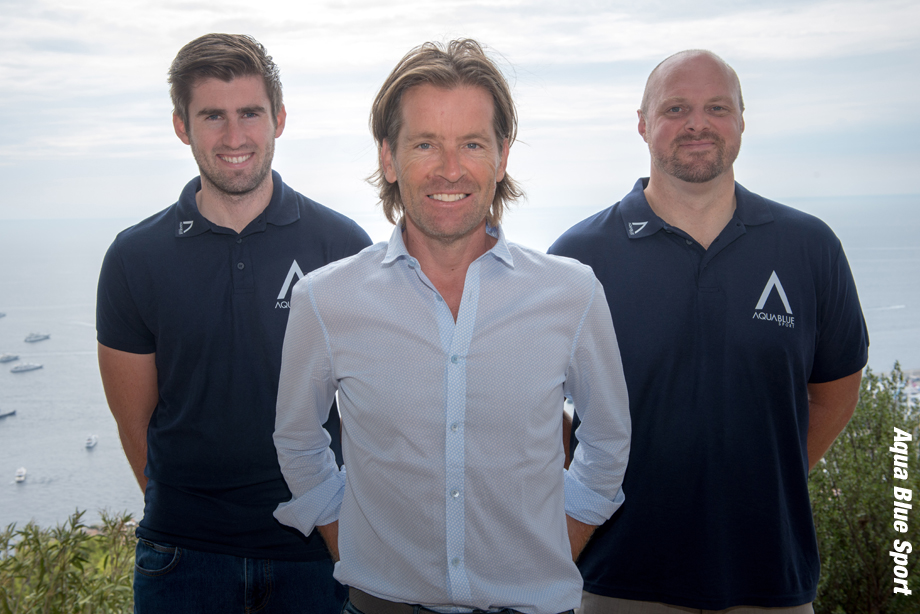 PEZ: Basics first, how old are you Rick, what’s your background?
Rick Delaney: Well, I’m getting older – 48 years-old now, I’m Irish, I live in Monaco and my business is in the distribution of alcoholic beverages throughout the world.

PEZ: Aqua Blue?
That’s the team name, we don’t have a sponsor as such; we intend the team to be self sustainable through our eCommerce site. Sponsors come and go in this sport, which is difficult for longevity – we’re creating a team which will be sustained by our aquablue.com website. Aquablue.com will be like an ‘Amazon for bikes’ – when you go through the site the wheels you order might come from Dublin, the chainset from Edinburgh and the tires from London. We’re giving the advertiser the opportunity to reach bigger audiences and not to have to pay anything until they actually make a sale.

PEZ: But why get involved with pro bike racing?
I love the sport, it’s fascinated and intrigued me all my life – I think it’s the toughest sport on the planet and I’ve always wanted to be involved in it. I live in Monaco, there are a lot of professionals living here and I go out riding with them – that’s why I want involved with the team, not just writing the cheques. 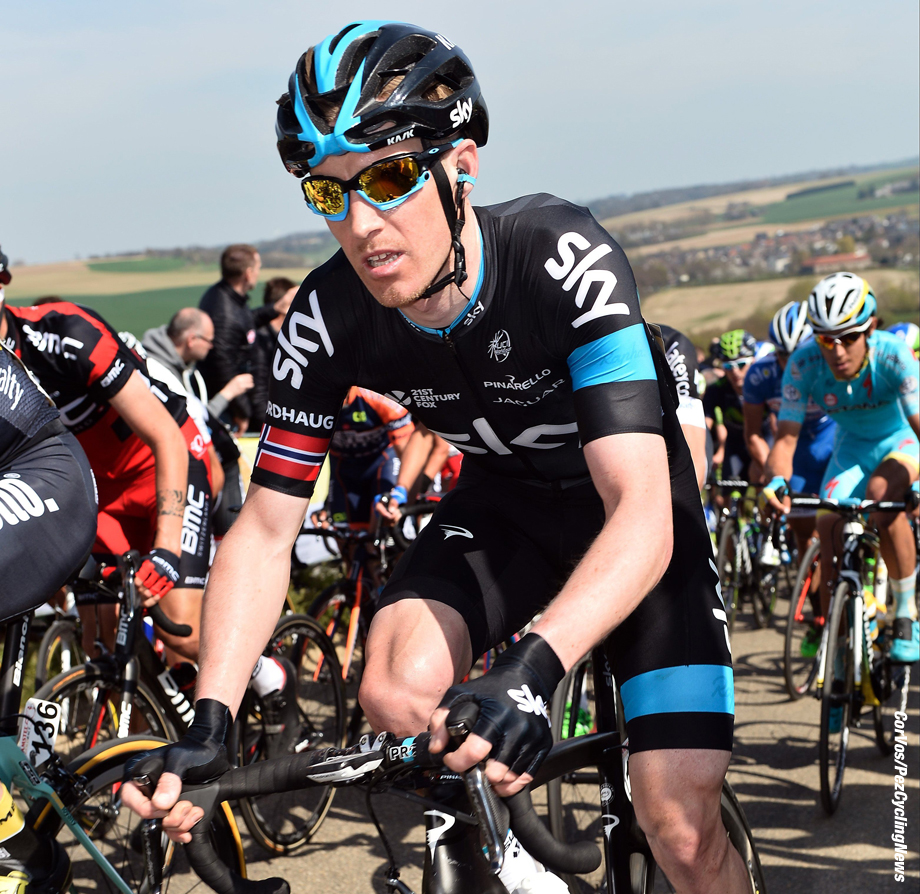 PEZ: Why come in at Pro Continental level and not just Continental?
We want to try to be the best, not just participate. We’ll have 16 good, like minded riders who’ll ride a single program; the plan is to make them brilliant – we can’t compare ourselves to them but to become a kind of SKY team at a lesser level.

PEZ: What’s your commitment?
I’m going to fund it for four years but I really think the eCommerce will provide the funding well before then.

PEZ: I’ve heard that the UCI team registration procedure would give a Philadelphia lawyer a good run.
Yes – but we ticked all the right boxes and our application was accepted. We handled the application ourselves – we have some very competent on board, guys like Leigh Bryan and Niki Sorensen who’ve been around the sport at the highest level for a long time. 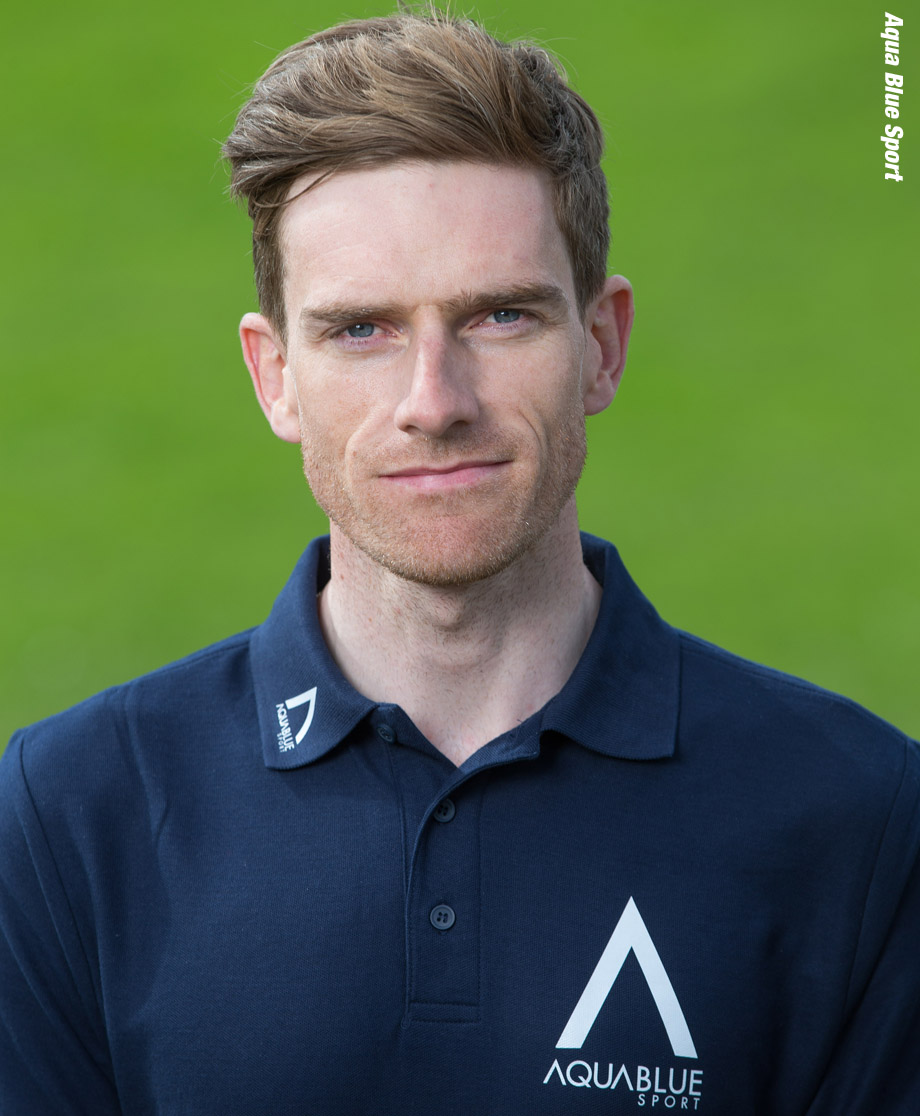 PEZ: Who’s on the team roster so far?
We have Martyn Irvine (Ire), the former world scratch race champion, Lars Petter Nordhaug (Norway) who’s a ex-Sky and former winner of the GP Montreal, former multiple Irish Elite Road Champion Matt Brammeier and Conor Dunne (Ire) who won ‘The Rutland’ back in the spring. The rest you’ll have to wait until Monday for! 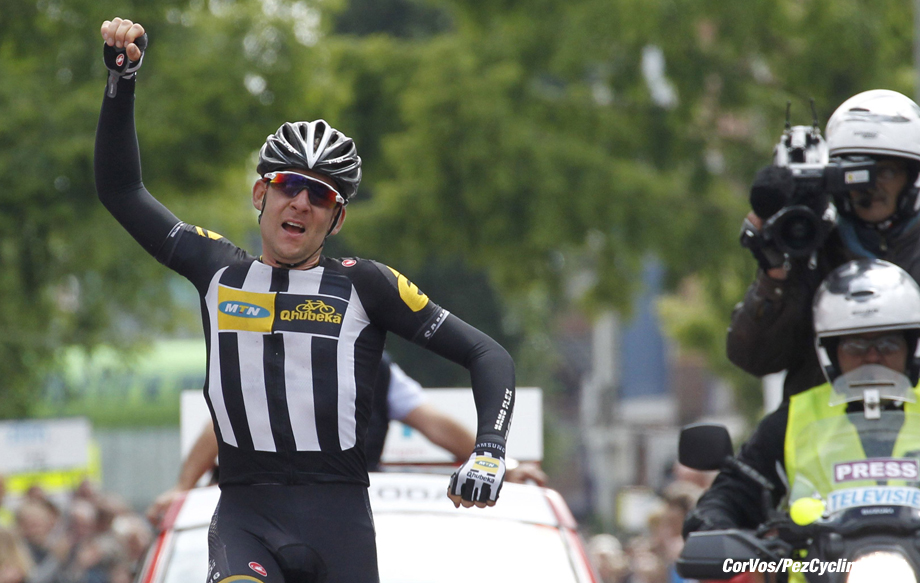 PEZ: And I believe all the rider coaching will be ‘in house?’
In Leigh Bryan and Stephen Barrett we have two highly qualified and respected individuals. Leigh has coached just about every Elite Australian rider from recent years whilst Stephen is a qualified sports scientist, he’s also a former elite track cyclist having won three national titles and also competed at European and World Championship level for Ireland in Cycling and Triathlon. 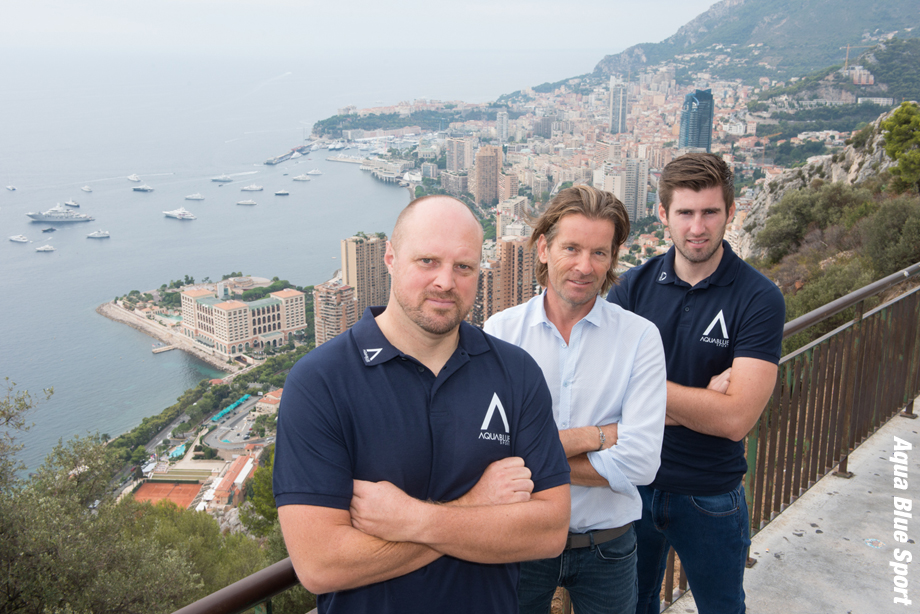 PEZ: What about DS’s, soigneurs, mechanics. . .
We have Niki Sorensen as a DS and also Tim Barry who’s been a rider himself and has looked after our amateur team for several years. We have a lot of connections in the sport and we’ve recruited from within the industry – with several teams folding at the end of the year there were mechanics and soigneurs looking for positions with us at our service course near Monaco. 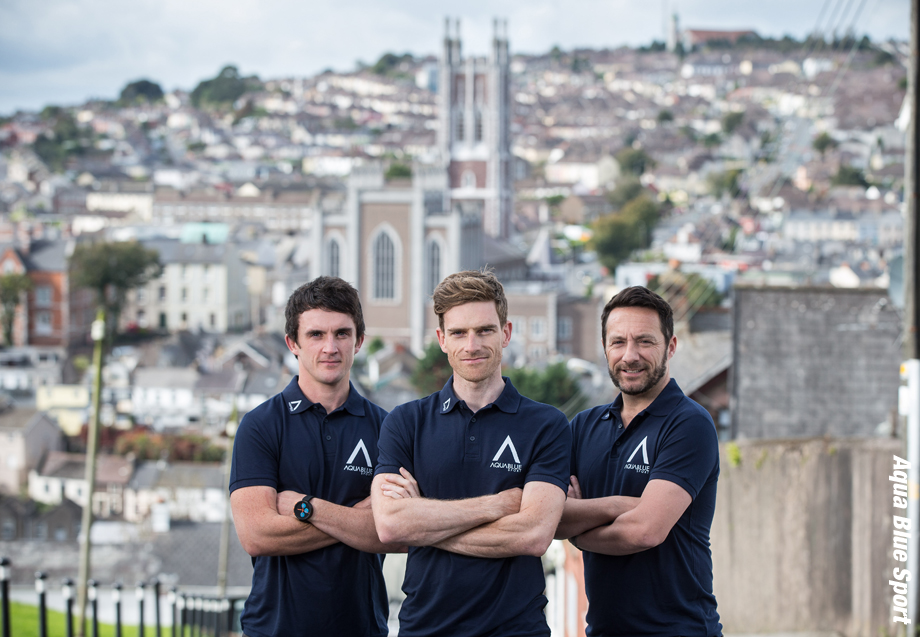 PEZ: What about bikes?
I can’t mention names just yet but it will be a very well known brand of frame, similarly our equipment will be to a very high standard – I’ve been delighted with the fantastic response we’ve had from within the industry.

PEZ: Did I see you have a ride in Milan-Sanremo?
That was a misunderstanding, it’s a race which is certainly on our ‘wish list’ – we’re not confirmed but I think when organizers see our roster then we’ll have few problems getting into the races we’d like. We have invites for the Tours of Turkey and Britain – we hope to start our season in Dubai but our program is still very much a work in progress.

PEZ: If it’s not too cheeky, can you give us an indication of the costs involved?
That is too cheeky!

PEZ: What would success in 2017 look like for Aqua Blue?
There are three aspects to that: the biggest success would be to get as many race starts as possible in good races. Secondly, we want to win bike races – and thirdly we want to demonstrate that the team is self sustainable. It’s a completely different concept – when we approach a retailer and tell them that they can have as much product up on our website as they like and will only have to pay when they make a sale – and what they do pay goes into sustaining the team, then I think we have a model which will work. 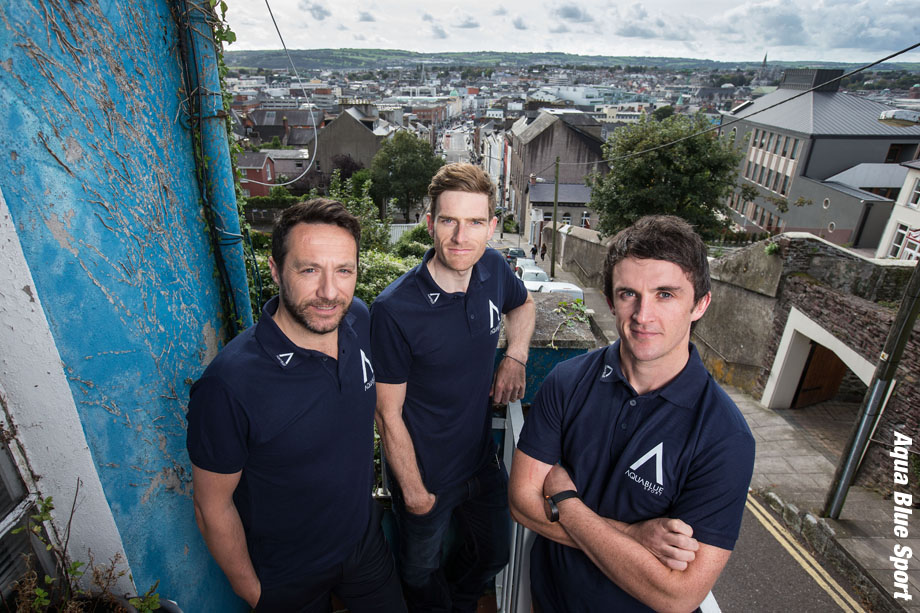 # Interesting stuff – with thanks to Rick Delaney and to Jenni Burke for organizing the interview – we look forward to dissecting that full rider roster and to seeing Aqua Blue in action. # 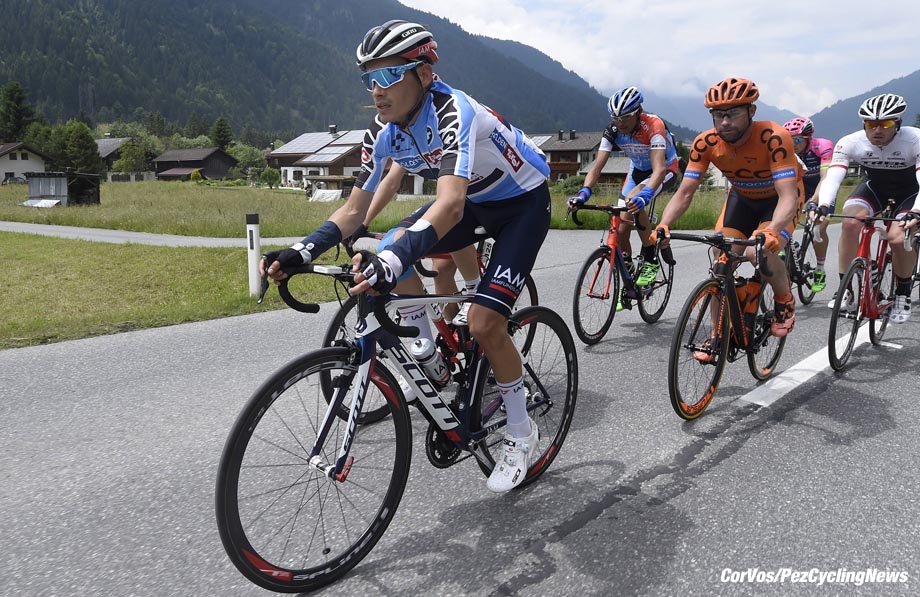 Stefen Denifl to ride for Aqua Blue Sport in 2017

What a Play! Poker for Sidi at Paris-Tours