Last year, we marked down Kiwi Jack Bauer as a man to watch – second in the Tour of the Southlands and putting the New Zealand national champion’s jersey on his back over the winter proved us right. He’s with Scottish Continental team Endura for 2010 but if his progression curve continues on the same trajectory, he’s headed for the very top. Our tip for 2010 is, coincidentally, also a man from the land of the long white cloud – Clinton Avery.

Clinton took time to speak to us just days after his win in the important ‘Topcompetitie’ series race, Vlaams Pijl – regarded by many as a spring board race to a pro career.

PEZ: You came from the mountain bike ranks, Clinton?
I started as an under 17 but never actually raced in the U23 road ranks in New Zealand, there weren’t enough riders; so I raced with the Elites from the start. 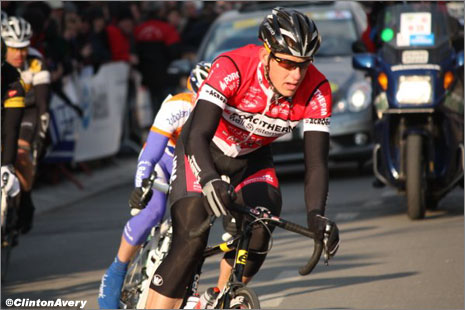 PEZ: You’ve been New Zealand U23 road and time trial champion – but you didn’t come through the team pursuit ranks?
There’s no separate race for the U23 road title, first U23 to finish gets the jersey. There’s a separate race for the time trial, though. The national track coach was constantly pressuring me to get involved with the team pursuit programme – because I’m a big rider and I have good horse power – but I resisted because I liked the mountain bike scene, more.

PEZ: What was your inspiration to come to Europe?
I went to France a couple of times with the national squad as part of our build up for the junior Worlds. During one of those trips I received an email from the Belgian Soenens Germond team inviting me to join – so I accepted. Part of the arrangement was that I stayed with my team director’s wife’s parents; and I’ve spent all my time in Belgium with them, since – about 10 K from Roselare. 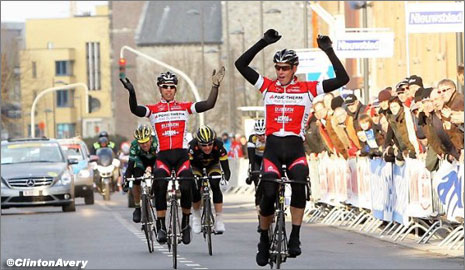 PEZ: Describe yourself as a rider.
One who likes cobbles! And I’ve got an OK sprint – I’m big built, so I’m quite strong.

PEZ: Flanders likes and dislikes?
I like the fact that most people speak English, that the racing suits me and that there are other New Zealand guys close by to hang out with – but I hate the cold, wet, windy weather! 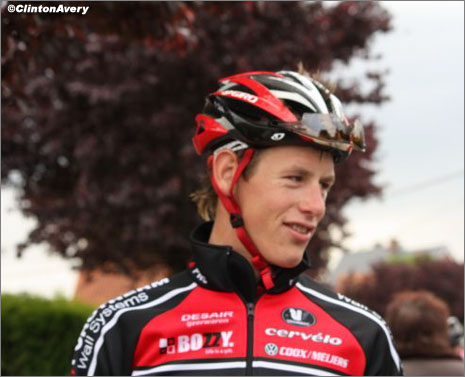 PEZ: You were with Soenens, but now you’re with PWS Eijssen?
I started with Soenens and had a good first year with them – 5th in the U23 Flanders and 9th in the U23 Paris-Roubaix. But there was always squabbling about who was riding what and I couldn’t be bothered with all the dramas, so I sent out my CV and Eijssen took me on board.

PEZ: You were 7th in the U23 Paris-Roubaix, last year.
I’ve ridden it three times and finished 9th, 5th and 7th – I’ve always finished with the winner but just lacked that little bit. 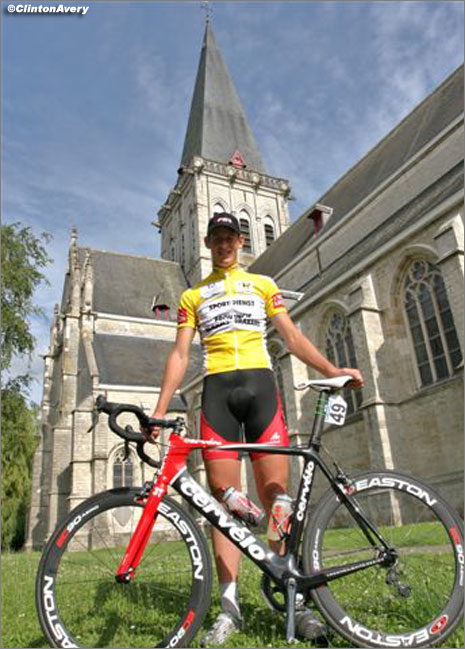 PEZ: You won the Ronde Van Vlaams-Brabant in 2009.
It’s a five day with a short time trial and all the stages are on big circuits of around 30 kilometres – but nothing too hilly. I was in a perfect position, our team sprinter won the first stage, I was close behind on GC and all I had to do was watch what was happening; I got in a break, it stayed away and I took the jersey – it was just a matter of defending it, after that.

PEZ: Did you get any pro offers, after that?
No, but I ended up with a manager – Andrew McQuaid (son of Pat). At the end of last season I had a test with Columbia and I was talking to SKIL Shimano; but I’d left it too late, all the stagiaire places had gone. 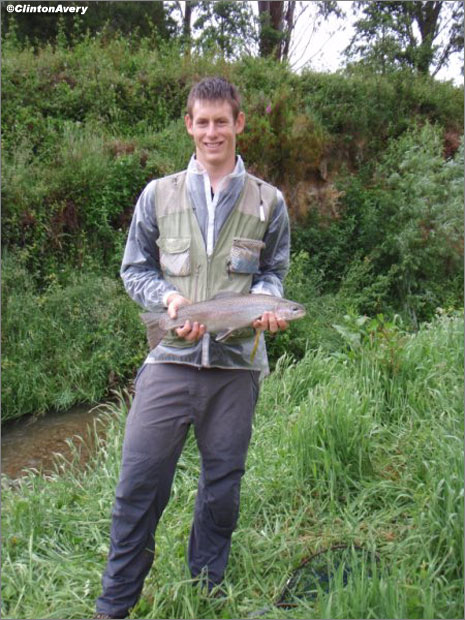 PEZ: Did you do Southland and the Nationals in New Zealand during the European winter?
I spoke to Alan Peiper (Columbia DS) about that and he advised me to ride one or the other but not both – the first two years in Belgium I cooked myself because I’ve done too much through the winter. I passed on Southland and had bad luck in the Nationals – two wheel changes in the first couple of laps. I rode the Tour of Wellington but played a team role because we had the yellow jersey. I arrived in Belgium with good form; I think I’ve got it just about right for this year; the first two years I was ‘done’ before the end of the season and last year it took me too long to start winning – this year, I think it’ll be perfect. 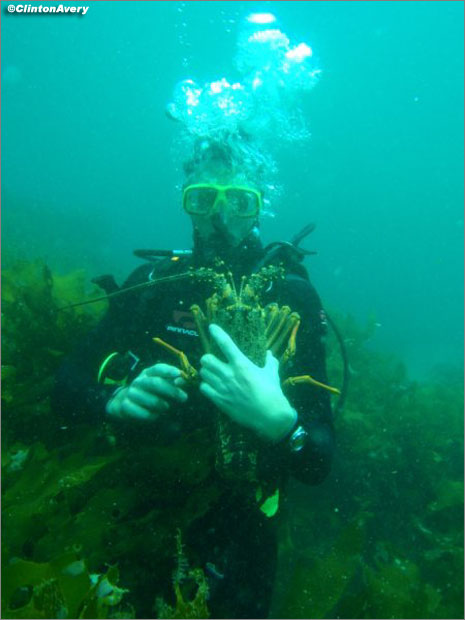 PEZ: Vlaams Pijl is a biggie.
It’s part of the Topcompetitie series and is known as the ‘Baby Tour of Flanders,’ it goes up a lot of the same climbs as the Ronde – the Kwaremont, Kluisberg and Paterberg among them. They’re power climbs, short but steep – when I arrived here, I decided that I wanted to ride races in the area of the Flemish Ardennes, I really like that type of racing. It was a 1.2 as well, that means that the Pro Continental teams were riding – usually these races are 1.12 which means it’s amateur only. 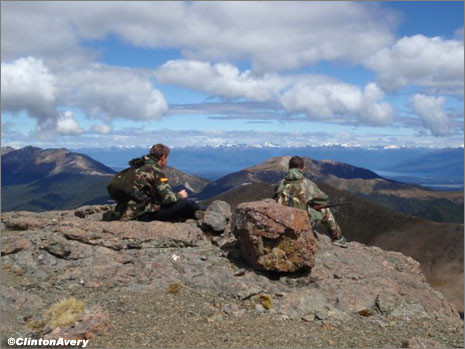 PEZ: And any pro team ‘nibbles?’
Not as such, it’s early in the season, yet – but I was invited out with the Coumbia team on a training ride, two weeks before the Vlaams-Pijl. I need another big win though, to prove it wasn’t a fluke! But people know people here and I’ve heard that Johan Bruyneel has asked his head mechanic, Craig Geater – who’s from New Zealand too – for my phone number, although I’ve not had a call, yet. 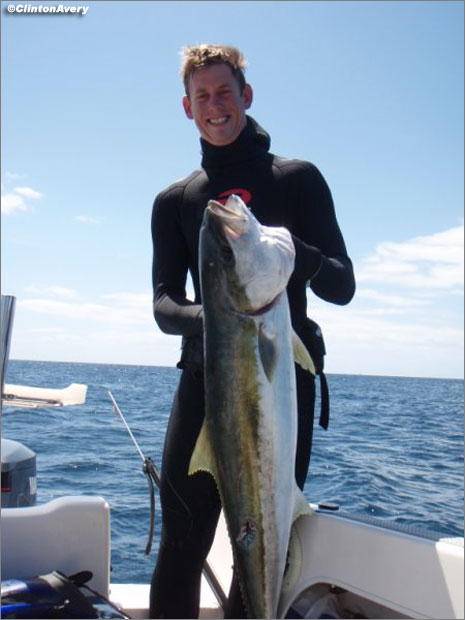 PEZ: What’s next programme-wise?
I was supposed to be racing this weekend but I’ve been a little sick – I think it’s as a result of hanging around in the cold on the podium after my win. We’ve nothing big for two weeks – I’m glad about that because it will let me get in some time on the bike after being sick. The first big race with the team is 2-4 April, the Triptyque des Monts et Chateaux.

PEZ: And your number one aim for 2010?
A pro contract! I had to borrow a lot of money to do get here this year and do what I’m doing; I’ve put all my eggs in one basket and if I can’t get a contract, it might be the end.

***
If he keeps going the way he has been, we don’t think he neeeds to worry too much. With thanks to Clinton for his time – we’ll be keeping our eye on him.

Sprinters and Grand Tours – What Does it Take?