During the Giro, there was great racing all over Europe, as we saw in France and Belgium. The Republic of Ireland had its own incredible race as well; their eight stage ‘Ras’ is notoriously hard to win. Last Sunday, the 2010 edition finally fell to Swedish Elite TT champion, Alex Wetterhall (Team Sprocket – Magnus Maximus Coffee.com). PEZ spoke to Alex, the day after his triumph.

PEZ: Congratulations on a great win, Alex – but it was touch and go, for a while?
On stage 5 a break went and I didn’t realise that there were danger men in it, my DS told me that perhaps we’d lost the jersey to Josef Kugler (Austria & Arbo KTM – Gebruder Weis) at the finish it was just eight seconds but they went my way.

PEZ: You built your win on a break in stage 1.
Yes, it was a strong group and we drove all the way to the finish, Dan Craven (Rapha & Namibia) won but that’s where I gained my time, initially. 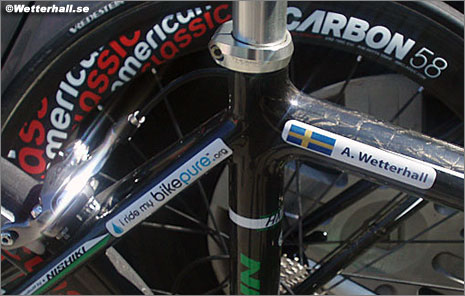 PEZ: Stage two was neutralised?
There was a really bad crash on a descent when a vehicle got on to the parcours. There were some serious injuries so I think that neutralising the stage was the correct thing to do. I’d taken the King of the Mountains points on the stage and would have taken the climbing jersey – but then there was the crash . . .

PEZ: Stage 4 is where you grabbed the bull by the horns.
I was part of a four man break, then another 15 bridged up. I was the only rider there from the stage 1 break and I took my chance. My teammate John Anderson – we call him ‘Jack’ – rode for me but in the last kilometres it was me doing all the driving – we took 2:38 by the finish. 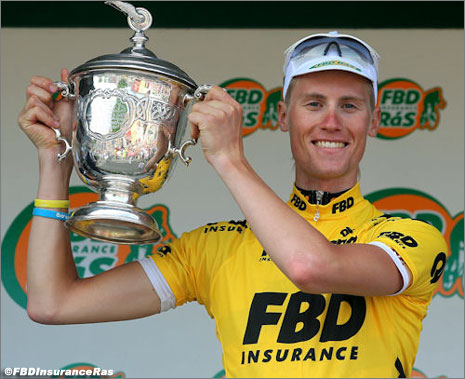 PEZ: The Ras has a reputation for being a bit crazy.
It’s like eight one day races, there are attacks from kilometre zero and each day is just one big fight. Every one wants a stage win, every one wants to attack – but that suits me, I’m an aggressive rider.

PEZ: Stage 7 was tough for you.
It was the most terrible time of my cycling career; the team rode very well for me at the start of the stage but in the last 30 kilometres I was on my own and there were attacks all the time – but by the finish I hadn’t lost any time.

PEZ: It must have helped that John Degenkolb’s (Germany & Germany Thuringer Energy) team was riding to set up the sprints for him?
Yes, he won two stages, he’s a smart guy, he and his team know how to get themselves in the breaks; and he can climb well, too. 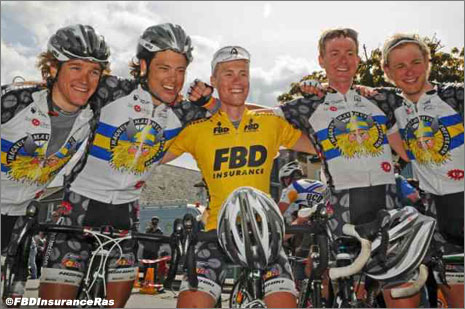 PEZ: Who was your most stubborn opponent?
Degenkolb, Dan Craven from Rapha-Condor-Sharp; Simon Richardson from Sigma, but he missed the stage one break; the Motorpoint guys were good too – Peter Williams was second.

PEZ: What was your best win before this one?
I’m reigning Swedish Elite time trial champion. This is the biggest win for our team so far, the guys rode very well – it’s a strong squad and we had Martin McCrossan manage the team for the race.

PEZ: You were a mountain biker?
I started mountain biking when I was 11 and rode mostly off road for the next 11 years – I felt it was time for something new. Since I was 16 I’ve been out a couple of times each week on a road bike, so it’s not new to me – I’m enjoying it; I’m glad I made the change.

PEZ: Describe yourself as a rider.
I’m an all rounder, can do pretty much everything but sprint. I’m not a climber, but I can handle myself OK in the hills – and of course, I’m a strong time triallist. 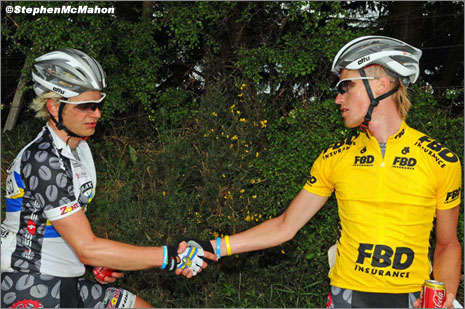 PEZ: What’s the programme now?
We leave Dublin this afternoon to fly to Norway for the Ringereke 2.2 five day, in Norway; then we have a race in Denmark and then I hope to defend my Swedish title.

PEZ: And your ultimate goal in cycling?
I’d like to ride a Grand Tour, to see how I can handle it; I want to see how far I can go in cycle sport – show myself.

***
A win in the Ras isn’t a bad start to ‘showing himself’ we’d say – with thanks to Alex for his time and to Martin McCrossan for setting up our interview. #