The faded seaside holiday town of Girvan, South West Scotland, Easter 2006 and the ‘Girvan Three Day Stage Race’ is in full flow; the weather is grim and the guest houses where the teams stay are a tad down at heel – but most of the landladies are cool. A big dude from Laramie, way out there in the Wild West is causing a bit of a stir, grabbing podiums on every stage. It takes wily Kristian House and his well drilled Recycling team to keep the big American under control; but Clayton Barrows (Agisko-Dart) still ends up on the GC podium. PEZ caught up with the rider a few years on to check back in.

PEZ interviewed Clayton back then – you can look back at it HERE, and we had expected to see the fast finishing man from Wyoming’s name in lights across the North Sea, somewhere – he’s a man built for the world of the kermis, if ever there was one.

We never did, but ‘The Man From Laramie’ is back, as a US ‘crit king’ – but only on a part time basis.

The 28 year-old recently took time to talk to PEZ about what he’s been up to these last few years. 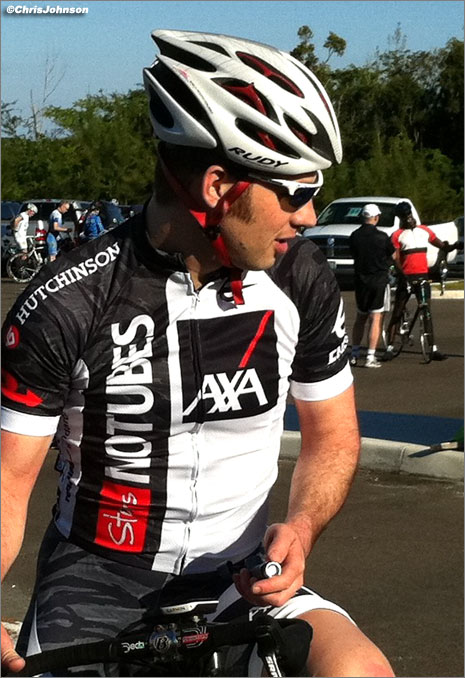 PEZ: As I recall you were supposed to go to Italy after Girvan – what happened, Clayton?
Clayton Barrows: It was a little bit of a mess; the team was a UK registered Continental team and was supposed to bounce back and forth between racing in Italy and riding Premier Calendar races in Britain.

But when we went to Italy I could see the writing was on the wall, the team was falling apart; I got the opportunity to go back and race in the US – the team was paying my airfare home.

My team mates weren’t very happy about my decision but there was no money – and eventually no team.

PEZ: What have you been up to since that Girvan?
CB: I raced for Rite Aid in the US for two seasons doing the NRC calendar then I had a year as a full time software engineer.

Then I went to Penn State to start my Ph D – since then I’ve raced for Empire and currently AXA Equitable, which is a good team. 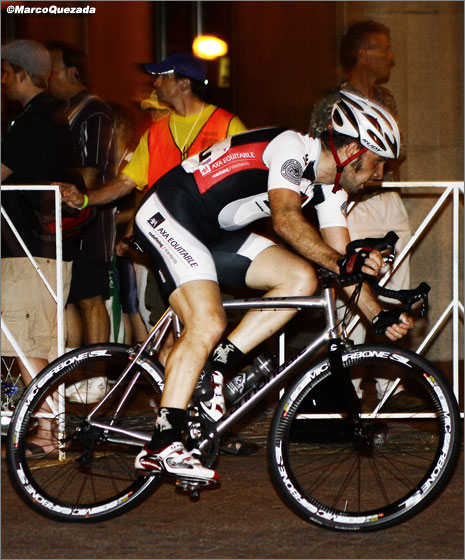 PEZ: You’re a ‘natural’ for the Belgian kermis scene – why did you never try it?
CB: I spent a year in the UK and could see that unless you had a proper contract it would be a case of living at poverty level; just winning enough to pay for rent and food.

I didn’t enjoy that; I’d have loved to try Belgium but you need cash to give you freedom.

PEZ: You’ve put cycling second to study, these days.
CB: Cycling is for fun now, my second priority; racing with a group of guys who I want to be with – I can pick my team mates.

PEZ: What are you studying?
CB: Energy Engineering – grid stuff, practical applications and the political and economic aspects of energy distribution. 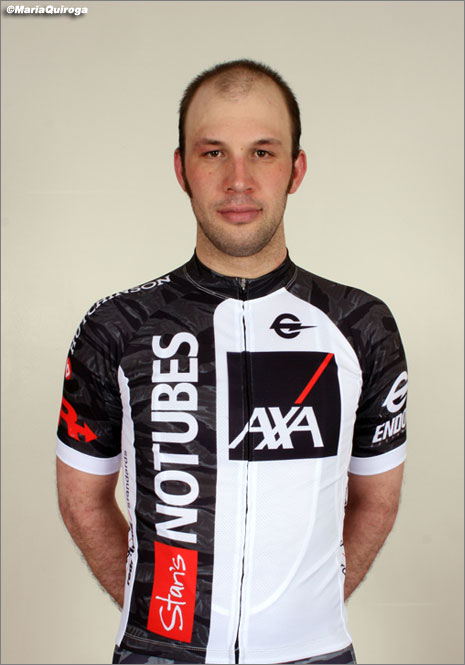 PEZ: And you specialise in crits, now?
CB: They fit in with the way my life is, they’re all I can train for.

I like them and I’m physically suited to them – they’re similar to the North European kermises.

There are lots of them, they’re fairly short and they give your sponsors good exposure.

I can train for them in seven to 12 hours per week – I’d need much more training to ride road races.

PEZ: Don’t they involve a lot of travel around the US?
CB: The team is New York based and it’s a good centre for crits, there’s a whole bunch of them within a few hours drive – Philly, Washington, New York City.

There are only five or six which require heavy duty travel. 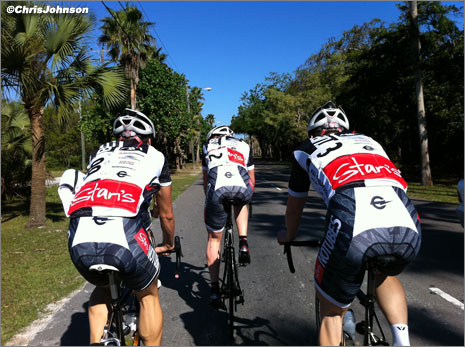 PEZ: You’re no longer in Laramie?
CB: I grew up and lived in Laramie until 2007 when I moved to Penn State for my job and college – it was a nice change and I’ve lived there ever since.

PEZ: Which is your favourite crit?
CB: That’s a tough one but probably the Presbyterian Hospital Criterium in Charlotte, North Carolina.

PEZ: Which is maddest?
There’s a series in the Southeast, Georgia and the Carolinas – NASCAR country – called ‘Speedweek’ at the end of April, the races are in the evening and some are in depressed communities; it can get a bit scary but the prize money is good – $10,000 each night.

PEZ: Your biggest win?
CB: The Iron Hill crit in West Chester, Pennsylvania in 2010; that was my first win at national level.

My team did a great job of controlling the race and I took the lead in the overall crit series – it was a break through win. 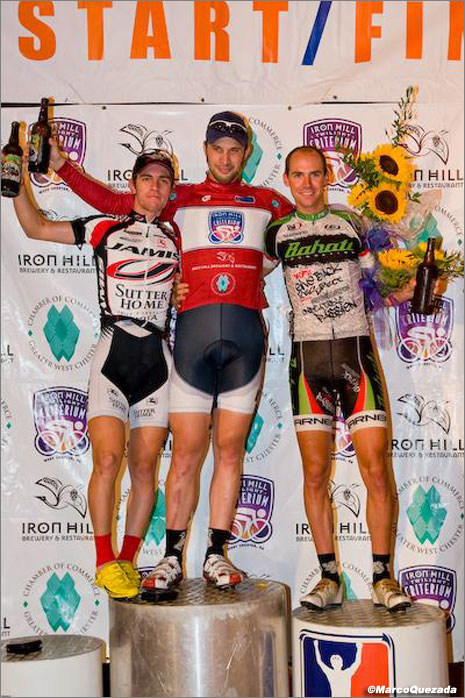 I’m really looking forward to the Iron Hill and Somerville races but really I’d like to win any NRC level crit.

PEZ: What happens after university?
CB: I hope to take up an academic position; I should be finished in 18 months.

PEZ: What’s your take on the recent flurry of drug scandals?
CB: I think cycling has a long way to go before anyone can have faith in the system.

But at least we’re trying to clean it up; there are a lot of other sports where there’s much more money involved which aren’t as tightly controlled.

The Contador situation is hard to understand, one day he’s guilty and the next he’s off scot free.

When you compare that the situation with Tom Zirbel it makes you wonder how much money has to do with it all.

I have doubts about the ‘cleanliness’ of some guys I race against; but in five years of US racing I’ve been tested once.

***
An interesting statistic from Clayton; with thanks to the man for taking the time to talk to us and wishing him well for all those high speed laps in 2011. #

US Pioneer Thomas Prehn Gets Pez’d!