The Worlds are won and lost, it’s Paris-Tours on Sunday, the days are getting shorter and Jered has had his ‘Sven Nys walks on water’ T-shirt to the laundry – yeah, it’s ‘Cross Time!’ One man who has hit the ground running on the US side of the Atlantic is Cannondale-Cyclocrossworld.com professional, Jeremy Powers.

When PEZ interviewed him he’d just pulled off a Saturday win, Sunday second spot in Wisconsin and by the time we brought this piece to press he’d gone and done the same again at Gloucester in the ‘New England Worlds.’

I felt pretty good, the team has had a great start to the season; Jamie Driscoll was second at Cross Vegas then I had the win in Wisconsin on Saturday and Tim Johnson won the Sunday race.

(The pair repeated the feat at Gloucester, one week later.) 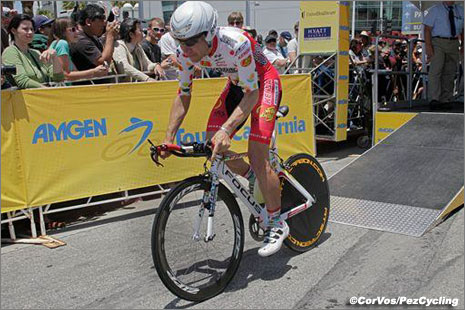 PEZ: A lot of talented guys in one team – ‘too many cooks’ perhaps?
JP: Well, it’s been ‘so far, so good,’ the goal is to get away then look out for each other but in the finale we all ‘throw down’ and go for the win.

And if the Euro guys are over then you have to look out for yourself and try to get the win.

PEZ: How did your road season go?
JP: I ride for Jelly Belly presented by Kenda in the summer and Cannondale-Cyclocrossworld.com in the winter – it’s cool, I get all the candy I can eat and nice bikes all year round!

The high spot of my road season was being in the break with Lars Boom on stage four of the Tour of California, we got good TV time, I had a lot of friends and family road side and I had good legs – we were away from practically kilometre zero until the last 10 K. 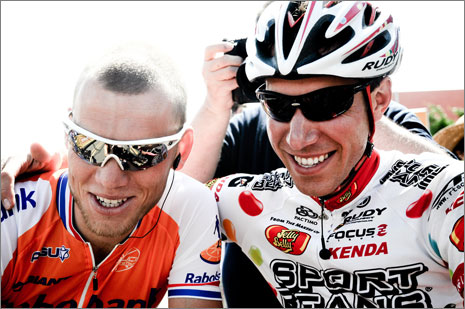 PEZ: Isn’t hard on the body and mind, racing for 12 months each year?
JP: I took July easy, the team was at the Qinghai Lakes but I just rode some local races and did some fund-raising stuff.

That let me recharge the batteries.

PEZ: How’s the winter programme looking?
JP: We have the Gloucester races; three days of racing in Ohio then we’re over in Europe for the Swiss World Cup before coming back for the US GP Series in Kentucky – which will be the 2013 Worlds course.

Then there’s the potential to go back to Europe in mid-November.

The Nationals are at the end of December then there are two World Cups and the Worlds.

I’m doing things a little differently this year, usually I go to Europe for 45 days after the Nationals and stay ‘til the Worlds.

But this year I’m going to do warm weather training over the holiday period and then go over to Europe mid-January – I’m excited about that and think it will work well for me. 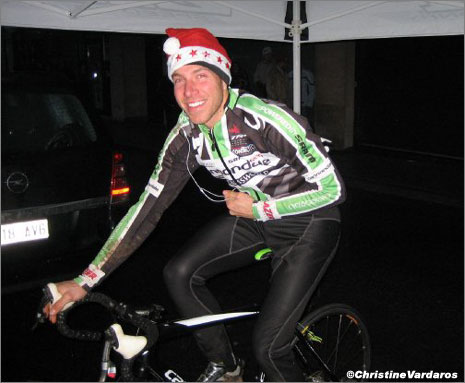 PEZ: There are a lot more ‘cross races in the US, this winter.
JP: Man, it’s crazy, people are freaking over ‘cross this year, for Gloucester they have 2,000 entries, that’s 1,000 racing each day.

PEZ: Euro guys like Francis Mourey, Christian Heule and Gerben De Knegt coming over, does that pull the US standard up?
JP: It does – they certainly make me go a lot better because I want the fans to see that US ‘cross is strong.

It’s hard for us to fly across the world and ride at our best, but here it’s our duty to popularise the sport.

I could go and race in Europe, but I feel it’s my job not to turn my back on the States and stay here and make the sport better. 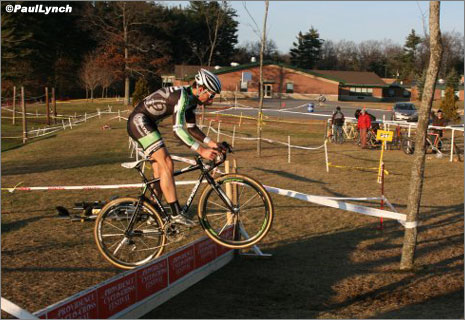 PEZ: Still on Cannondales, this year?
JP: Cannondale have stepped up their sponsorship this year, each year they put a little bit more in.

It’s expensive to do an international programme – and you can’t just send the riders, they need support staff with them.

This year the bikes are great, light, responsive, great cornering, good mud clearance – I’m not messing around with you, they’re really great bikes.

We’re on SRAM Red – and so is Stybar – we were one of the first to ride it and have worked closely with their engineers so that now it’s pretty bomb proof – I rode the whole of my last ‘cross season on the same set of cables. 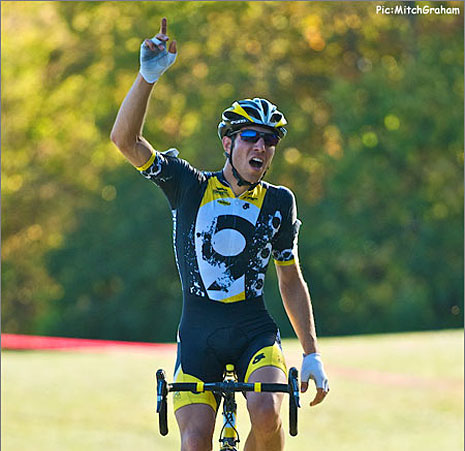 PEZ: What about the UCI banning studded tyres, isn’t that preventing progress?
JP: I agree with that one, those Dugast tyres were awesome, they had little graphite studs and gave phenomenal grip but they were very, very expensive and not everyone could get them.

I think it has to be a level playing field with equipment that’s available to everyone.

PEZ: But discs are ‘in.’
JP: There are some treacherous courses I’ve ridden where I would like to have ridden discs – Roubaix, the Koppenberg.

If you look at the way that bike tech has come on in the last 15 years – there’s been hydraulic discs for all of that time, but we haven’t been able to ride them, until now. 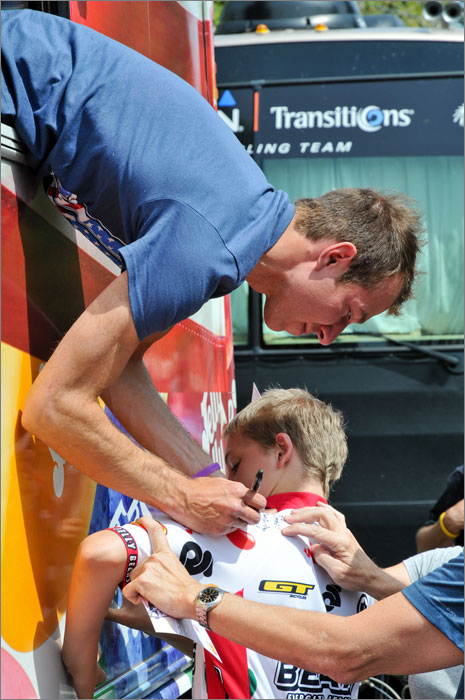 PEZ: It’s been a bad week for cycling, what’s your take on the doping scandals?
JP: I try to stay removed from it; I’ve never done a Grand Tour so I don’t know the pressures these guys are under – all I know is that I don’t associate with drugs.

A person has to able to look them self in the mirror and be comfortable.

I sign pictures of myself that folks stick on their fridge – I have to able to live with myself.

It bugs me out when I look back and think about the times I was on races with guys that tested positive.

The sport has endured a lot – but we have to move on!

***
Follow Jeremy’s adventures on his blog over at Missing Saddle. There’s always something worth reading or watching.

Interbike ’10: Some You Saw & Some You Missed

Roadside PEZ: In Search Of A Kermesse