Jennifer Schuble was near graduation at West Point when she suffered a traumatic brain injury in an accident during hand to hand combat training. Shortly after that she was in an auto accident that damaged her arm – and was then diagnosed with MS. For many folks, that would have been the signal to give up. Not this lady; at 33 she’s a gold medal winning member of the US Paralympic cycling team.

And somehow she manages to fit in being an engineer for Mercedes-Benz. Recently, she took time out of her busy schedule to talk to Pez.

PEZ: Beijing – gold in the 500 metres TT; silver in the 3 K pursuit and individual time trial – how so versatile, Jennifer?
Probably because of my background; I was a sprinter – 100 metres and the like – at West Point then at Alabama University I ran middle distance. I also played a lot of soccer; you have to have good endurance and be able to run fast. I guess I have good genes, too – my grand father was a professional baseball player. 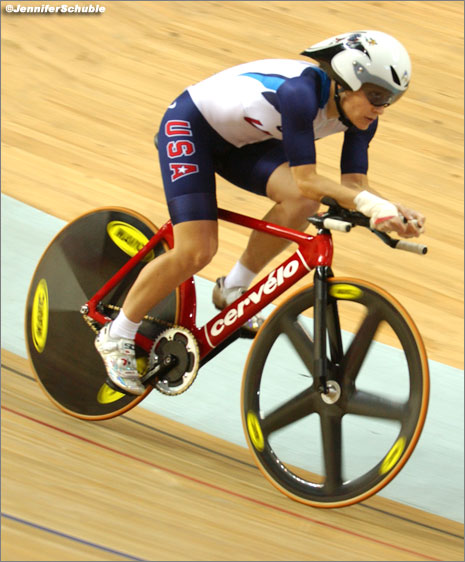 PEZ: At the ’09 Worlds you won the 500 TT, 3 K pursuit and road race – as well as TT silver.
The thing about ladies road races is that they are pretty short and because I’m so tiny and don’t weigh a lot, I can get up the hills, OK. It’s difficult for them to drop me and generally it’s the sprinter who wins.

PEZ: Your disability is CP4/LC2, what does that mean?
CP4 means that you have a neurological disability or disease – it’s the least disabled category. LC2 means there’s a limb issue – maybe a limb amputated below the knee, for example. One of the Aussie girls has paralysis in her foot and one of the Chinese girls actually has a carbon foot.

PEZ: Soccer?
I grew up in Houston and played in the ladies Challenge programme, then I played at West Point and University in Alabama. 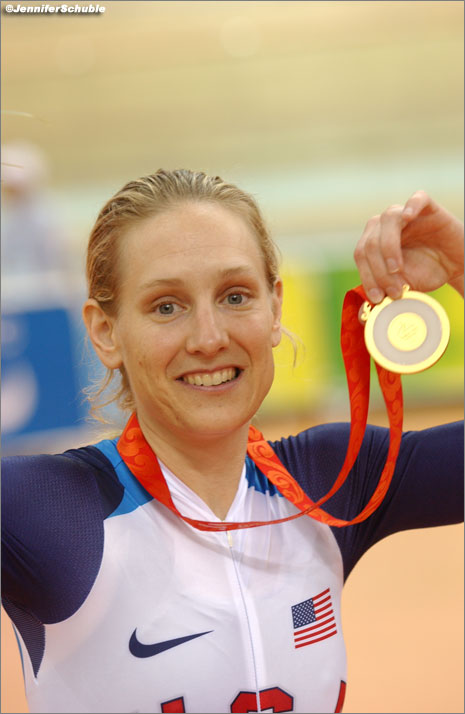 PEZ: West Point?
I had to leave, after my injuries, but the reason I went was that with growing up in Houston, all I ever wanted to do when I was young was to be an astronaut. I used to make model rockets when I was a youngster, NASA was my favourite place. At high school I decided that I wanted to be an astronaut – to do that you have to go through military or air force training. It sounds awful, but I went to West Point because they had a better soccer set up.

PEZ: Why cycling?
I grew up cycling, I rode my bike everywhere, when I was young – it was one of those American environments where you just cycled. I knew had talent for the bike; I used to do triathlon at Alabama and always had the best bike splits. As my MS progressed, I found that my cycling was least affected – it’s because my feet are clipped in and that reduces the spasticity problems. When we went to zero float clips my times improved dramatically. 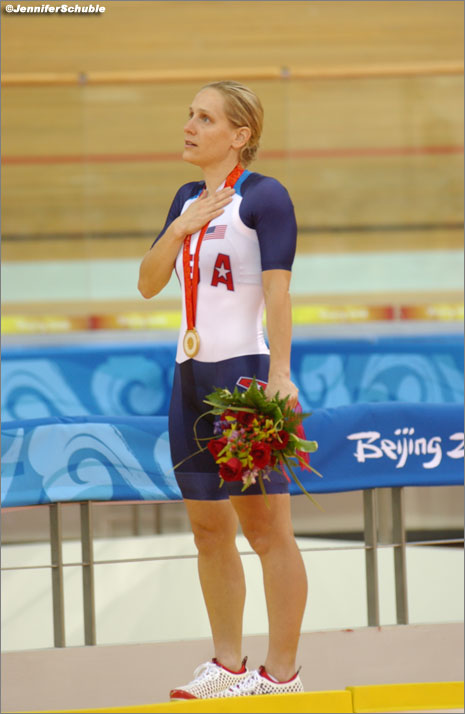 PEZ: Do you get much help from the US federation?
That’s a touchy question; the Euro Paralympic teams get the same funding as the main squads – I get $4,000 per annum for being on the team. And it’s an expensive sport.

PEZ: When you see the level of support the British team gets, how do you feel?
Jealous – it’s a little bit frustrating because it’s very hard for me to compete with full time athletes getting that level of support. My team-mates are in Europe for a training camp and Paralympic World Cup – but I can’t attend because I’m working.

PEZ: How do you fit it all in – work, training, racing?
At West Point they throw it all at you – it’s 18 hour days, and I think I’m kinda still living the West Point life.

PEZ: What about time off work?
I use up all my vacations for racing trips – to go to Beijing I had to take unpaid leave; so to compete costs me money. If I worked for Mercedes in Germany, it would be a whole different ball game – they support athletes who go to the Olympics.

PEZ: What do you do at Mercedes?
I’m an engineering change control specialist – in simple terms, if a detail on the car changes, I have to see that through from design to supplier to implementation on the factory floor. 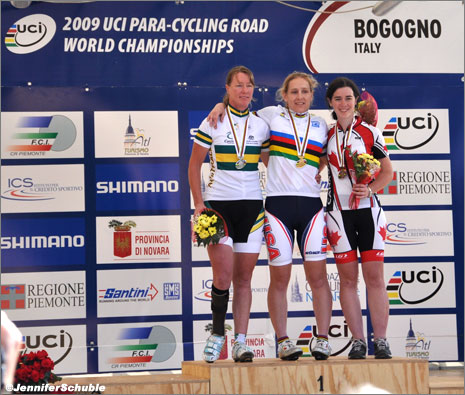 PEZ: Michelle Akers is your role model.
She won the FIFA Female Soccer Player of the Century – Pele won the male award. She also won the Golden Boot at the first Women’s World Cup – a competition dominated by her USA team. She played that tournament whilst suffering from chronic fatigue syndrome, she was going straight onto an intravenous drip when she came off the pitch. She’s an amazing woman, so strong – definitely my role model.

PEZ: Do you still have your bulldogs?
Ah, yes! Panzer and Sherman; unlike most dogs, they’re really lazy, they spend most of their time sleeping – that suits me fine. I have access for them so they can get in and out of the house when I’m at work.

PEZ: Tell us about your cello playing.
I still play a little bit, not nearly as much as I used to – it’s fallen by the wayside with all the training, racing and work, but I still have it there in the dining room. 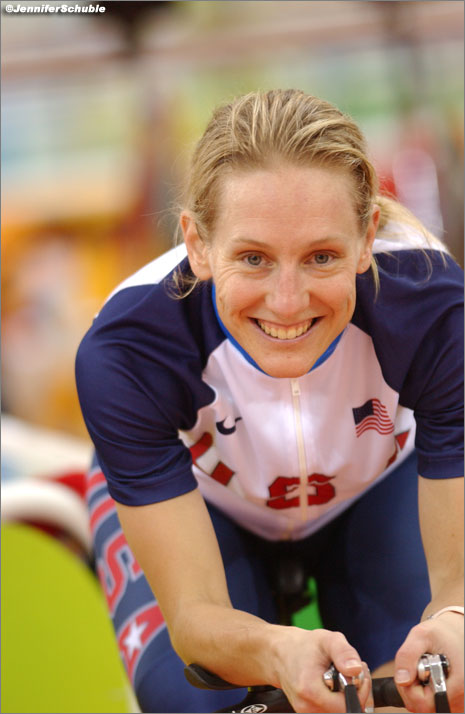 PEZ: Is there time for a relationship in amongst all of that?
Phillip and I broke up 12 months ago – because of cycling, the time I spent racing and training.

PEZ: World and Olympic titles, what’s left on the goals list?
Good question – I’m trying to figure that out! I’ve been riding in women’s pro races, here in the US – that’s challenging. I plan to ride at London, but have to qualify first, of course. I know I can ride faster and I’m hoping that riding in the pro field will draw that out of me.