John Murphy has been promising big things for a long while now. The rider has moved consistently up the ranks over the past six years starting as a promising U23 talent, to upcoming domestic pro, to USPRO Criterium Champion this August. Murphy’s path has been steady and upward, and now it’s on to the big time: BMC for 2010. PEZ caught up with BMC’s latest recruit out in Tucson.

John Murphy’s story reads like a perfect tale of how to do it right, and by do it, I mean make it to the top level of the sport. There was no prodigal leap to the stratosphere, no bursting on the scene, just plain hard work, hard racing, and continual progress.

Murphy started bike racing when he was 12 years old. Like any self-respecting 12 year old, he was enamored with the dirt and took to racing mountain bikes. Murphy raced mountain bikes for six years before making the move to the road, but not before putting his name to headlines with a win at the junior cross country event at the renowned Sea Otter Classic.

It didn’t take long for Murphy to catch the attention of the U23 National Team, and in 2005, it was off to Belgium. Murphy competed in the full gamut of races over the two seasons highlighted by solid performances in the classics, time trials, and sprint finishes. In 2007, Murphy returned to racing in America with the #1 team in the country, HealthNet/Maxxis. It didn’t take long for Murphy to find success on home soil. He celebrated his first NRC stage win in the same year. 2008 yielded even more success, and then 2009 topped them all when he took home the Stars and Stripes jersey at the USPRO Criterium Championships in Downers Grove.

PEZ: You’re in Tucson right now? What for?
John Murphy: I’m out here for El Tour de Tucson, and to take part in a camp with my coach from Carmichael Training Systems, Jason Tullous. I’ve been working with Jason for six years now, so we have a really solid relationship. 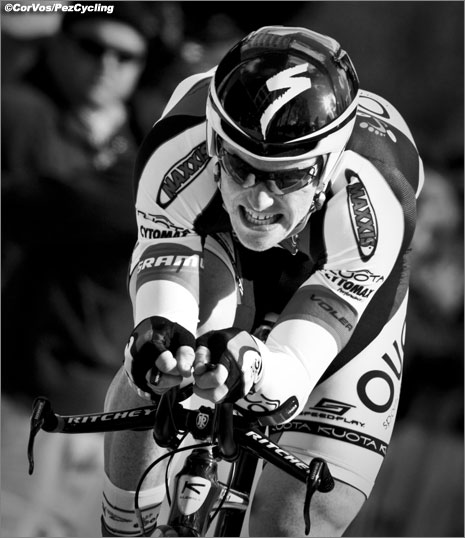 John nearing the finish at this year’s Tour of California Prologue.

PEZ: How’s the riding in Tucson?
Murphy: It’s great. The riding is good, the weather is good. Can’t ask for much more!

PEZ: How’s the winter going for you so far?
Murphy: It’s going pretty well; I’m healthy. Everything is on track.

PEZ: Have you had to make any modifications to your training knowing that you have to be good for Qatar?
Murphy: I’ve just had to get going earlier. There’s no time to waste. I have to make sure that I’m on it. Being out here in Tucson helps as well – we’ve been riding 4-5 hours a day. I didn’t get to ride yesterday though. I actually just got back from a quick visit up to Park City. 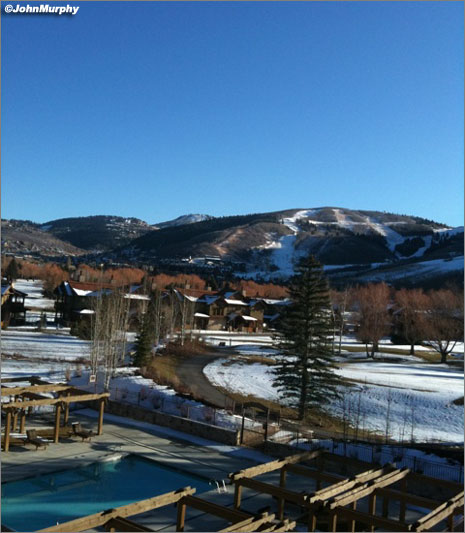 The view from John’s room in Park City.

PEZ: How was that?
Murphy: It was the first meeting with my new team, BMC. We talked mainly about schedule stuff. I’m slated to do the Classics season starting in Qatar then all the way through April. The Spring will be my focus, it will be a big part of the year for me.

PEZ: Any chance at a Grand Tour in 2010?
Murphy: Probably not this year. We have a lot of good guys for that. My focus is the Classics; that’s all I’m worried about. 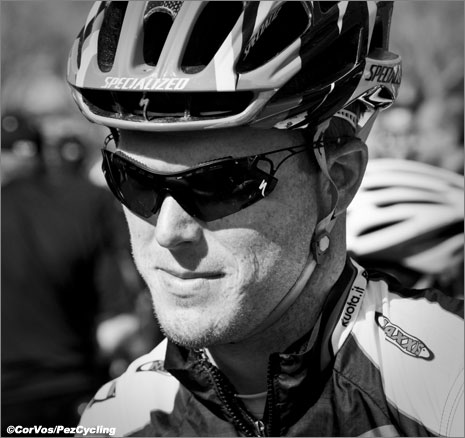 PEZ: Did you get a chance to meet any of your new teammates?
Murphy: This meeting was just for the Americans. I knew most of the guys on the team already, but they did fly in one of the Swiss guys, Danilo Wyss. He had missed the European meeting. They had a meeting in Switzerland last month for all of the European riders. It wouldn’t make much sense for them to fly all of the Americans over to Europe for such a short trip, so they opted to have a second meeting, in Park City, Utah.

I’m at least acquaintances with all of the Americans, and I’ve been teammates with a few of them already: Chad Beyer, Brent Bookwalter, and Jeff Louder. Brent and I are pretty good friends; he also lives in Athens, so I’ve known him for awhile. I’ve known Chad since I raced for the U23 National Team. 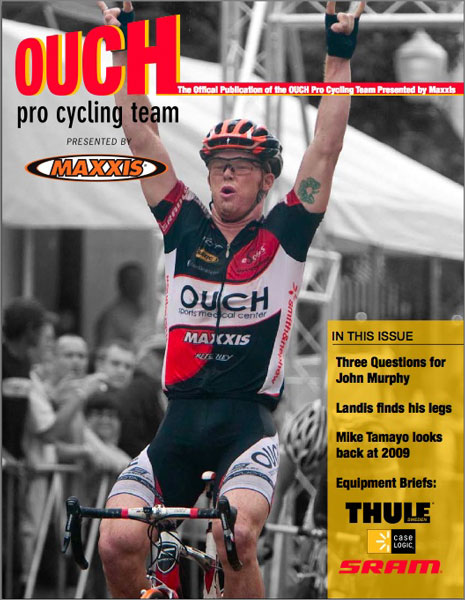 Murphy’s win at the USPRO Criterium in August was a huge result – one that likely vaulted him up the ladder to BMC.

PEZ: Did you get a chance to meet Hincapie?
Murphy: I’ve known him for a little while. He’s obviously one of the best guys on the team and has played and will play a very important part on the team. It was definitely good to get a chance to get to know him better.

Overall, it was just good to get out and have a relaxing get together. It’s nice to have some time together that isn’t necessarily hardcore training and racing. They brought us together for some meetings, but a lot of it was to get us together, to get us mingling and hanging out. There wasn’t a whole lot to do. 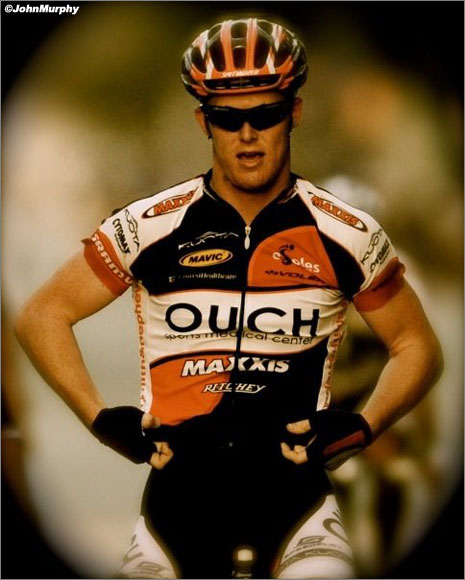 Murphy has come into his own racing for HealthNet and this year’s incarnation, OUCH.

PEZ: Did you enjoy a few adult beverages?
Murphy: No comment.

PEZ: How’s the team’s infrastructure?
Murphy: Amazing, nothing short of amazing. From the staff to the equipment to the schedule to the organization, I’m thoroughly impressed. I got a bike last week, so I’m all set up for the winter. 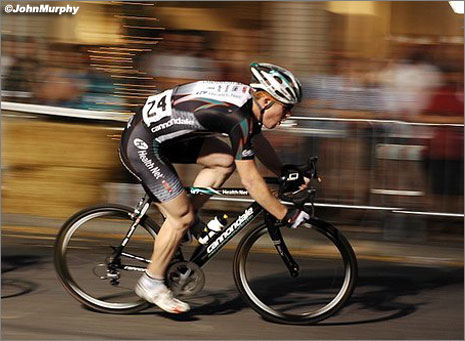 Murphy will be leaving the world of twilight crits behind for the cobbles and hard racing of Belgium.

PEZ: How’s your new BMC bike?
Murphy: It’s really nice. It felt great right off the bat for me. If it feels great the first day you ride it, you know it’s a great product. I didn’t need any adjustment time; it was just automatically good. We’re riding Campy gruppos and Easton wheels for 2010, so everything is pretty much the best.

PEZ: What about powermeters? Has the team worked anything out?
Murphy: We’re going to have a powermeter sponsor, but that is still being ironed out. We’ll be set up on that for sure though. 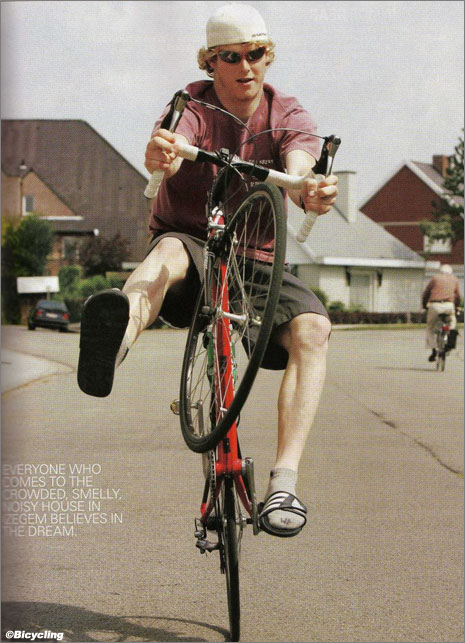 John Murphy is another success story for the U23 National Team – he cut his teeth in Europe for two years before racing for HealthNet/OUCH for the past three seasons. Now it’s on to the big show.

PEZ: How did you get linked with BMC?
Murphy: I had some help from the U23 National Team director, Noel Dejonckheere. He got me the contact. I’ve been trying to talk to them for the last few years. The way it worked out, they needed someone to help their top Classics guys: Hincapie, Ballan, and Burghardt, and they wanted to bring in another American rider to contribute to that. Apparently I fit that need, which worked well for me.

PEZ: Where are you planning to live in Europe?
Murphy: I’m not really sure what I’ll do yet, but I’ll be in the Belgium area, most likely Gent. I had originally thought that I’d go to Girona, but I’d never be there. All of my racing will be in Belgium in March and April, and after that, I’ll head back home to America for a break. I’d much rather be home in Athens (Georgia), than hanging out in Girona. So no more Girona for me. 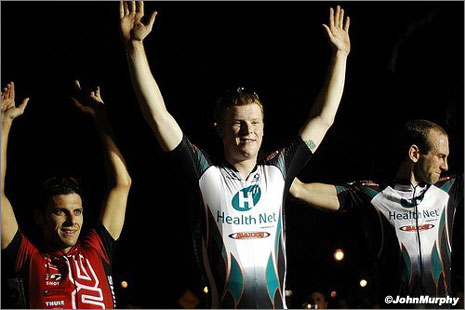 Murphy on top of the podium.

PEZ: What are you looking forward to this year?
Murphy: For me, obviously I’m looking forward to Qatar to show the team that I’m a reliable sprinter, that I can race, and that they can count on me. It has been a dream of mine for awhile to race Paris-Roubaix. That should become a reality this year. Paris-Roubaix will be my priority. I hope to race all of the Spring Classics, from Het Volk (er, Nieuwsblad) to Flanders to Gent-Wevelgem, to Roubaix. 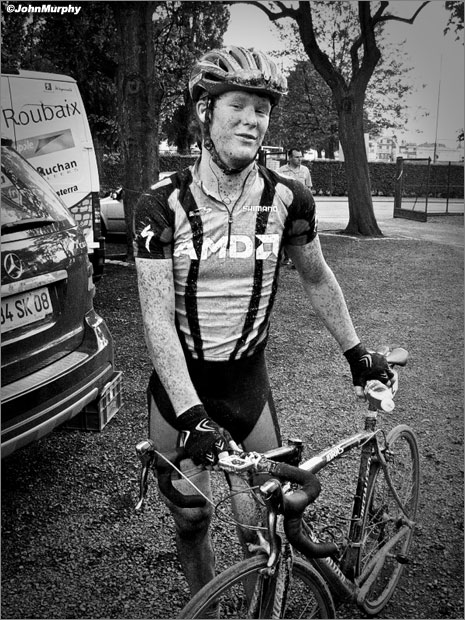 PEZ: So you’d take Roubaix over Flanders?
Murphy: For me, I’m a little more suited for Roubaix, but I also think I can contribute at Flanders. I’m looking at all of them, but for me, on a personal level, Roubaix is a big deal. I did it a few times when I was an espoir. I had some reasonable success, some reasonable luck, and finished top 20 a few times. I think I can do the same thing at this level or at least help teammates get good results. I’m good on the coobles. I’m big, strong, I’m good at fighting for position – It’s a power rider’s course. That’s what I’m made for. 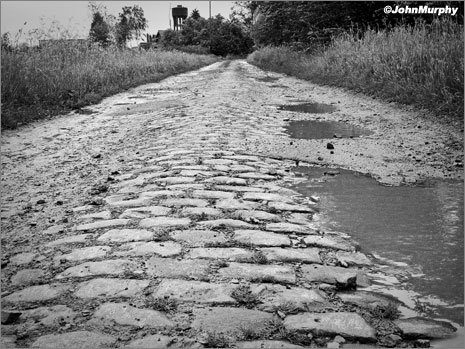 The cobbles are a good place for the promising young rider.

PEZ: You’ve sprinted with, and placed well against, some of the best sprinters in the world in California…BMC looks like they’re supporting you as a sprinter as well.
Murphy: I’m pretty excited about them recognizing my talents. If it comes down to a sprint, they’d like to see what I can do. There’s nothing more exciting than having a team that will back you up in the sprints!