‘A person, especially a child, of unusual or marvellous talents’ is one dictionary definition of a ‘prodigy’ – a term often applied to Taylor Phinney. Even in the knowledge that his father, Davis was one of the best cyclists the USA ever produced, and mother Connie was an Olympic road race champion, it’s wholly appropriate in the case of the 21 year-old from Boulder, Colorado.

Within a year he’d improved on his time testing – so much so that he’d won the world junior time trial championship, ahead of John Degenkolb.

On the way to the title he won the ‘junior Tour de France’ the Tour de Abitibi in Canada.

A year further on, and whilst he slipped to third in the time trial, he lifted the world junior pursuit title.

In 2009, by now with Trek-Livestrong, he took the elite pursuit title and was third in the kilometre for good measure. 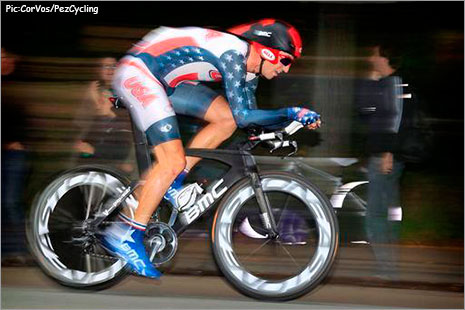 Taylor Phinney will be looking to wear the colors of the USA this summer in London.

He also took the U23 Paris-Roubaix to underline his amazing versatility.

A year later, still in Trek-Livestrong colours, he retained the pursuit title, took third in the omnium; won the Olympias Tour in Holland, taking the prologue and three stages along the way; won the U23 Paris-Roubaix again, and at the Worlds took time trial gold and road race bronze.

Despite a spell as stagiaire with The Shack, the contract he signed for 2011 was with BMC.

In the ‘big bad world’ of the World Tour with BMC in 2011, reality bit and there was but one win – the prologue of the Benelux Tour.

Realising that work rate for the U23 arena was one thing, but with the elite riders was something altogether different, he reappraised his training and in the spring took an excellent 15th place in this year’s Paris-Roubaix.

Back home in Boulder, Colorado a little more than week after his return from Italy, he took a little time to talk to PEZ, amid a busy media schedule, whilst engaged in trying to recover from his tough three weeks in the ‘pink race.’

We started off by asking about that nasty injury to his ankle he received when he came down in the finish straight crash in Horsens during the Giro’s Danish excursion.

PEZ: How’s recovery from the injury going, Taylor?
Taylor Phinney: It’s a lot better, the swelling has gone down a lot; there’s still a little bit of swelling and a little bit of scar tissue, but I’m seeing people four or five times a week to get it sorted out. 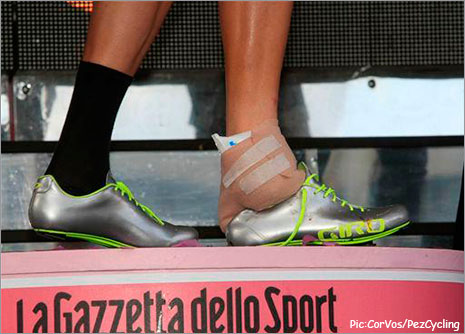 PEZ: How are you recovering from the Giro?
TP: I’m sleeping a lot and trying not to be affected by jet lag too much.

I’ve been relaxing, hanging out with family and friends, playing a little bit of golf.

It’s fun rolling round in the golf cart, not too taxing.

The weather has been great in Boulder so it feels a little like I’m on summer break from school. 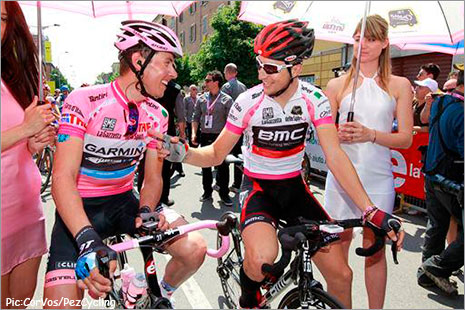 PEZ: They say that you come out of your first Grand Tour a different rider?
TP: I do feel a little bit different; the Giro is so difficult that when you recover it puts your body on the next level.

I was out on the bike today and feel it’s different – in terms of speed, cadence and the gear I can ride. 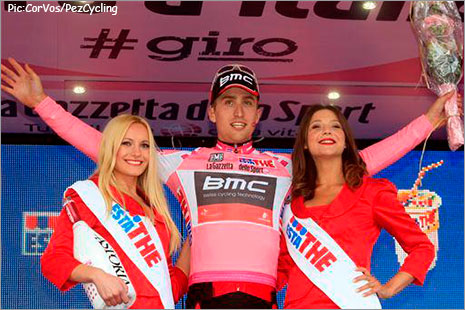 PEZ: You rode 12 stages of the Vuelta, last year – how does the Giro compare?
TP: The Vuelta was just ridiculously hard, every day.

Whilst the Giro was very hard, there were transition stages, which weren’t so tough.

I don’t know why the Vuelta was so hard, but every single day was survival.

But maybe it was that experience in the Vuelta, which enabled me to have a better Giro?

Whilst there were days when it was about survival in the Giro, they were mostly in the first week when my body was reacting to the crash and the injuries.

In the second half of the race I came into my own, much more. 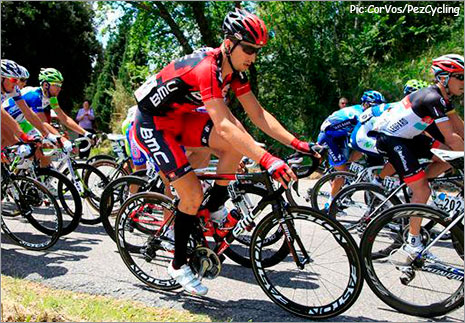 PEZ: The Gazzetta chided you a little for being in the mix in that sprint where you came down.
TP: I wasn’t up there contesting the sprint; a lot of GC guys try to ride top 10 or 20 to keep out of trouble – especially on the Danish stages.

You could see Ivan Basso rubbing shoulders with Cav, but he’s not contesting the sprint, just keeping out of trouble.

During stage three I was just trying to stay safe, we had Thor Hushovd contesting the sprint – I wasn’t there to do my own thing, just avoid trouble.

But the crash happened right in front of me, there was nothing I could do to avoid it. 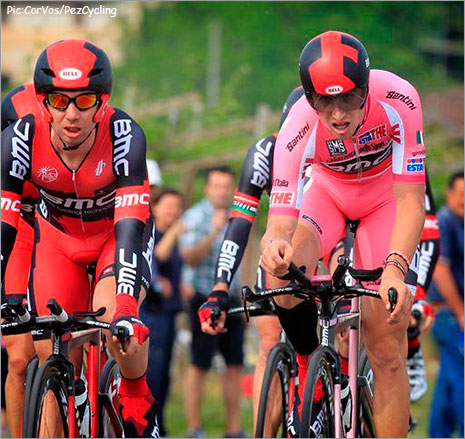 PEZ: What are your thoughts on the motor bike taking you off course on the stage 21 time trial?
TP: My reflections are on the whole Giro, rather than specifically the time trial.

You have to accept that accidents will happen, but what’s more important than the problem is your reaction to them.

It was unfortunate that the off course incident happened and I’ve heard people say that I should have known the course.

But the fact is that the percorso was changed just a few days before the race, it was the 21st day of the race and I’d flown off the Stelvio in a helicopter the night before so as I could ride over the course just one time.

I don’t have a photographic memory and unfortunately the moto messed up or didn’t know the course.

But it’s behind me and my focus now is on Olympic selection and getting back into training. 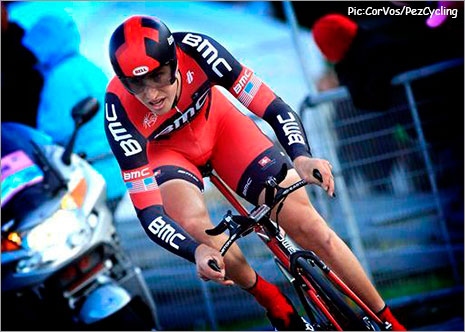 PEZ: What are the goals for the rest of the season?
TP: The biggest goal for the rest of my season is to make the Olympic team for the time trial and road race – and to perform well in both events.

And I’d really like to do the Tour of Colorado, it’s my home race and to make a good showing there is very important to me.

Then there’s the Worlds of course, they’re a big goal for me every year.

******
The current polemic in US cycling is whether David Zabriskie or Phinney should ride the Olympic time trial in London.

Whether it’s London or Rio 2016, we can’t help but think that young Mr. Phinney will add an Olympic medal to his collection at some stage.