It’s always a pleasure to catch up with Adam Hansen. PEZ first profiled the affable Australian at the start of the 2008 season when Hansen had just joined the Highroad team from T-Mobile. Four years on, innumerable kilometers later, and with the Omega Pharma-Lotto team, Guy Wilson-Roberts spoke again with the Australian motor.

But we didn’t see as much of Hansen on the road as we might have liked this year and PEZ wondered just exactly what sort of season he had. So we asked him to describe 2011 in just one word. “Frustrating,” was his reply. Asked to elaborate, he explained what might be described as a typical cyclist’s ‘catch-22’ situation, not happy with his performance and that mental drain eating away at his motivation to turn it around when he needed to. “Mentally it’s hard enough to get out of a hole and knowing the races coming up are not your cup of tea makes the turn around even more problematic.” 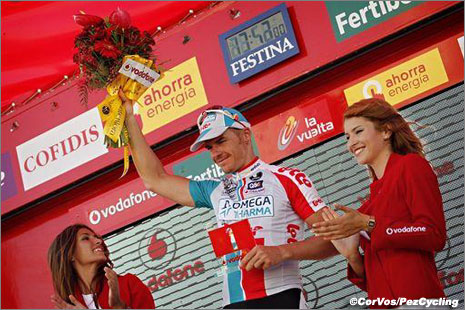 Hansen on the podium at the Vuelta.

It all started to come together at the end of the season, though, at the Vuelta and the Tour of Beijing. “Most days in the last part of the season were really good days,” he said when asked what his best days on the bike were. But leading up to that point, it was tough going, and when PEZ asked what his worst days on the bike were he replied, “Every other day! At the start of the year I was really not happy.”

Part of the problem was the switch to the new team and a focus on ‘the classics’ at the start of the season, and Hansen was slower to build up his form. “I did a total change of race program,” he explained. “I hated the races at the start of the year. In the end it took me more time than I thought.” 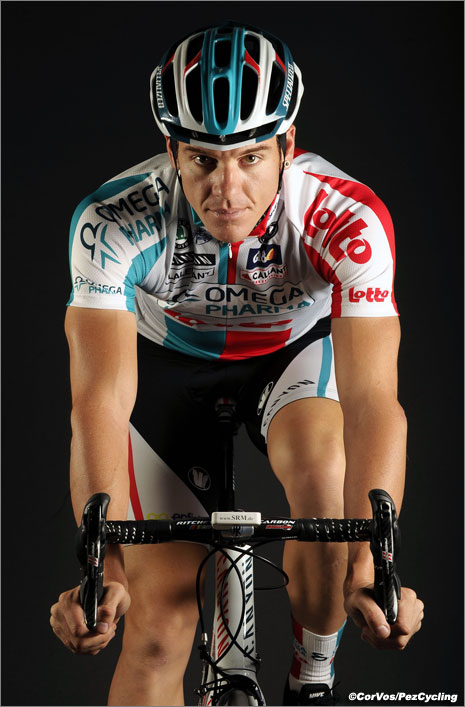 Coming from the ostensibly American but in practice multi-cultural Team HTC to the hardcore Belgian Omega Pharma-Lotto might also have involved a bit of culture shock, but Hansen took that aspect in his stride. “There was a different culture and big changes,” he told PEZ. “I enjoyed the culture part.” And despite the frustrations on the road, Hansen never looked back. “I love it now and am very happy I have another two years.” 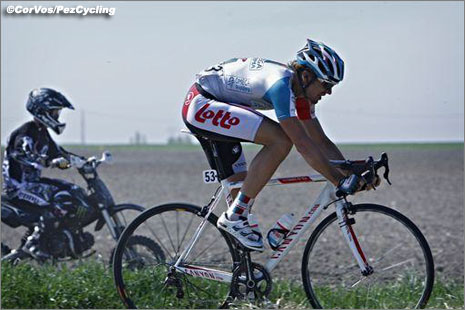 Hansen was left off the team for the Tour de France this year. He was in Paris in 2008 with Highroad, but not on the team in 2009. In 2010, he was forced to abandon with a broken collarbone after just the first stage. Was there some unfinished business, PEZ asked? “For sure,” Hansen said. “I will be there again – that’s the goal. I really love the Tour.” It was a little too early to start talking about his race program for 2012, but Hansen was keen to get back to doing some of the races he did in previous years. “I hope I can get back on that way again,” he said. 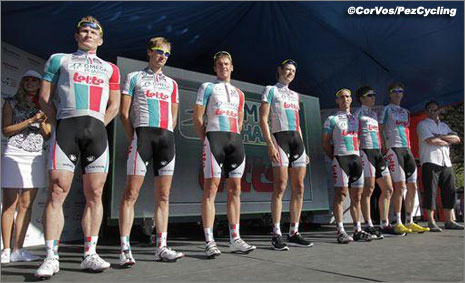 Omega-Pharma Lotto will be re-sponsored as Lotto-Belisol in 2012, with all the main personnel on the management side still in place, but Team HTC will no longer be on the roads for a new season despite a spectacular record of wins. “Every year teams fold,” Hansen said of HTC’s demise. “In those same years, new teams are created. Why HTC folded? I don’t know. I don’t believe it was a lack of sponsorship. There are 18 world tour teams all having sponsors and I’m sure those sponsors would love to have had HTC as a team of their own.” 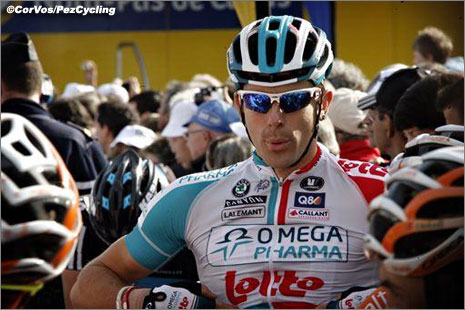 Four years seems like a long time ago to have first profiled him on PEZ, but undoubtedly much longer for Hansen in terms of experience in the pro peloton (not to mention miles in the legs). We wondered what he might have learned from those years. “A lot,” he said. “But I think the biggest lesson is that there is always more to learn. Don’t be narrow minded and always be open to new ideas.”

So, 2012 will be a big season for Hansen, and a big one for Lotto-Belisol, now without Philippe Gilbert. Hansen will be working hard in the train for key speedsters on the team like Andrй Greipel, but is also capable of winning his own races. As we’re looking forward to seeing a bit more of Hansen in action on the roads, PEZ wondered if he might be joining the pro peloton twitter revolution so we can keep up-to-date. He was non-committal, though, and with a smile said only, “One day…” 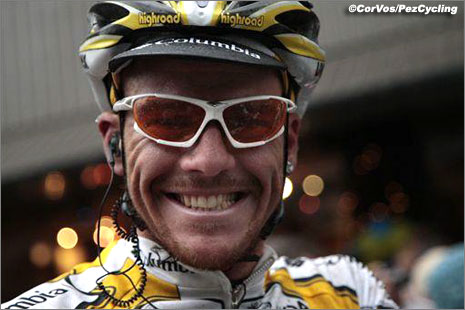 As a final question, PEZ couldn’t resist getting a little philosophical about the career path of a professional cyclist. Despite the cosmopolitan appearance and excitement of the European pro life, there’s obviously a lot of hard work involved. PEZ was interested to know what kept Hansen motivated. “I love the racing and training,” he explained. “That outweighs the hard work and baggage of being a pro.” And, he added lightly, “Anyway, hard work builds character. We need that!”

Character building, indeed. PEZ will be checking back in with Adam in 2012.