PEZ first chatted to Alex Dowsett when he took a fine seventh place in the U23 Worlds TT, last year. We spoke again, as the 2010 season began and he’d been recruited by Lance’s Trek-Livestrong team. When we heard he’d won the European time trial championships in Turkey, whilst PEZ was in the Tour ‘bubble,’ we thought we’d better have a word.

PEZ: Congratulations Alex, the last time we spoke was at the start of the British road race champs.
Yeah, my seat clamp broke that day, I was riding for Livestrong so I had no spare bike, no back up and that was that. The course suited me as well; it wasn’t unlike the stage I won in the Cascades.

PEZ: You must be pleased with the ride in Turkey?
I was doing the times and getting the numbers in England when I was preparing, but you never expect to win.

PEZ: What was the course like?
Pretty rolling, around 80% was on a three lane motorway – you could see your three minute man – but it was never flat, always rolling. It was pure power up the drags, drive over the top and try and recover down the other side – on, off all the way. Race distance was 25 kilometres, I covered that in 31:08 and averaged 410 watts.

PEZ: Wasn’t it ‘damn hot?’
The race was on the Friday, I flew out on the Tuesday but did all my training on a turbo in an air conditioned hotel room. On the day of the race it was overcast so the temperature wasn’t too bad, but it was at around 1,000 metres and the air was very dry; within one kilometre my mouth was very dry, I’ve never experienced that before but just had to put up with it.

PEZ: Did you use an ice vest for your warm up?
No, but I’ve seen guys in the States starting races with a bag of ice in their helmet. 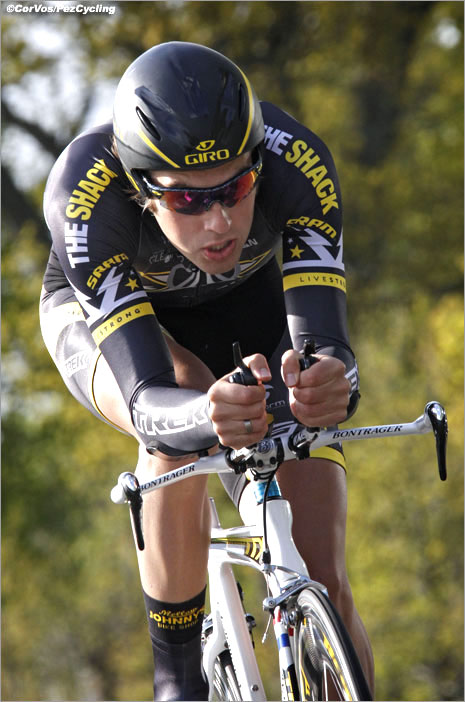 PEZ: You’re back in the States now, for the Tour of Utah, isn’t all that travel hard on the system?
You kinda get used to it, but it was a nuts few days. Friday morning was the race; on Friday afternoon I was ill from the effort. Saturday I flew home to England and in the afternoon my parents had a celebratory barbecue for me. Sunday I flew back to the States and on Tuesday night I was riding the prologue in Cascade where I was second. I wasn’t sure about how I would feel, but I went better as the race went on. (Alex won the fifth stage circuit race.)

PEZ: What sort of preparatory training did you do?
It was specific TT stuff with 60% of my road work on my TT bike. I did a lot of turbo work and rode English time trials over 10 and 25 miles. 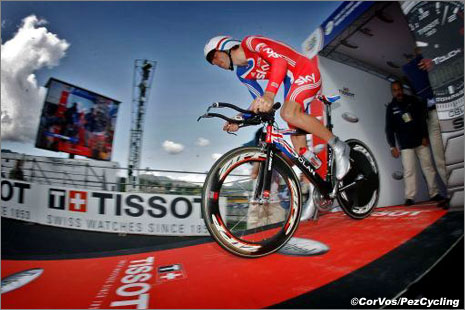 PEZ: What was the hardware?
I rode my Trek TTX – but I’ve got a Speed Concept now, it’s a beautiful bike – gearing 55 x 11 up on Vittoria Chrono tubulars. I’m not finicky about tyres and the GB team have done all the in-depth detailed research on what’s best.

PEZ: Do you have a coach?
Paul Manning (Olympic team pursuit champion and Tour of Britain stage winner) is my coach, I work closely with him – he has so much knowledge and experience.

PEZ: Who’s your TT role model?
I have to confess to spending quite a bit of time on You Tube watching videos of Fabian!

PEZ: The Tour of Utah, next.
Yes, it’s a pretty solid field, Leipheimer, Zabriskie, Hincapie – there’s a prologue and TT so it’ll be interesting to see how I compare to riders like that. 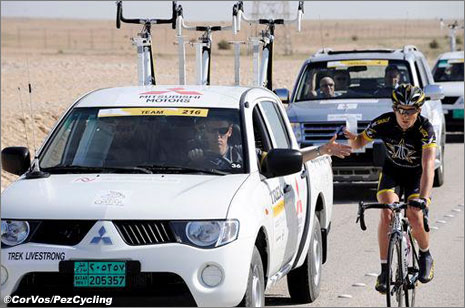 PEZ: Your training was all aimed at a 30 minute effort, how do you manage the endurance for a stage race?
That’s a good question! Even though I was doing all of that TT specific work, I was also doing a couple of hours easy on the road, each morning, so I was doing three or four hours in total, each day. In The Cascades stage race I felt my endurance was good.

PEZ: Are the Commonwealth Games on the ‘to do’ list?
It’s not a certainty but with Bradley Wiggins announcing he’s not going that gives extra opportunity. The U23 Worlds TT in Australia is my priority.

PEZ: I see three Livestrong riders will go stagiaire with The Shack for the end of the season.
I was in the running for one of the places until I broke my shoulder blade but obviously they didn’t know how I would come back from that.

Going stagiaire isn’t the be all and end all for me; it’s my intention to be pro in 2011, anyway.

Stagiaire would mean that there was pressure on me to get results and that would be a distraction from my Worlds preparation.

PEZ: And a time trial tip for our readers?
It’s not about how fast you go, it’s about how slow you don’t go! It’s about time gains on the tough parts, into the wind, over the top of a hill – anyone can do 60 kph downhill or with a tailwind!

***
Perhaps not ‘anyone,’ Alex – but we know what you mean. We’ll be talking to Alex again later in the season when those next big goals roll around. Meantime, good luck for Utah.