James Moss (Endura Racing) first spoke to us before Xmas; it was his intention to do a neo-pro’s blog for us from the Tour of the Med, Haut Var, and the Tour of Murcia. However, the life of a pro cyclist being as it is, it didn’t come to pass due to a variety of factors, not least being dud wi-fi; Caisse d’Epargne mistaking the first stage of the Tour of the Med for the Olympic team pursuit final and – oh yes, his hitting the tarmac at 56 kph.

PEZ: Did you ride all three races, James?
James: I rode the Med and Murcia. I was down for all three but I had a bad crash at the Med and I said to our team manager, Rob Hayles that it would be better if someone else took my place at Haut Var.

I crashed on the first stage of the Med, I wasn’t too bad the next day but 48 hours later it hit me and I had to abandon half way through stage three. It wasn’t a good way to leave the race but it was better that than to compromise my whole season. 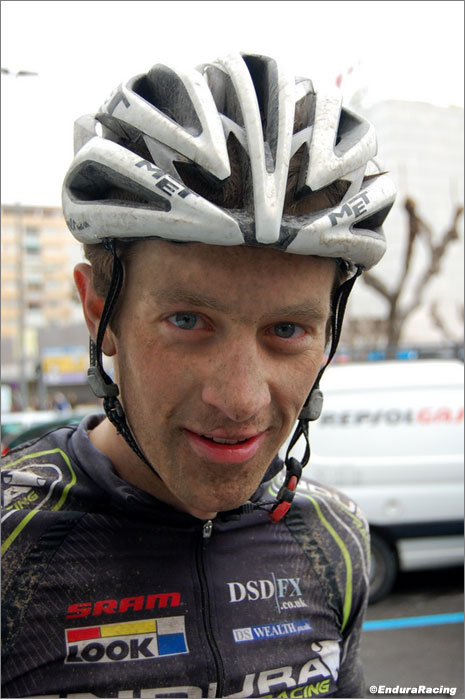 James Moss after a wet, nasty, dirty day of racing.

PEZ: Was your first taste of the Big League as you expected?
James: Pretty much, but the weather was horrendous on the first day at the Med – three degrees and extremely windy.

Caisse d’Epargne split it practically from the gun. I’d expected it to be hard for the first hour until a break went but then for it to be more controlled, but it was just flat out all the way.

PEZ: Are you a rider that copes with bad weather?
James: With living in the UK, you have to be – it wasn’t just us suffering, I ended up in a group with two Garmins and three Milrams.

PEZ: What was your worst moment?
James: Hitting the ground at 56 kph on stage one. I was in the cars and got caught by the wind, I clipped the AG2R car and down I went, it was my fault.

On the second day I had bandages on my legs, so I wore shorts, it was a nice morning but later on the temperature dropped and it was down below zero. I ended up last on the road with the broom wagon behind me. 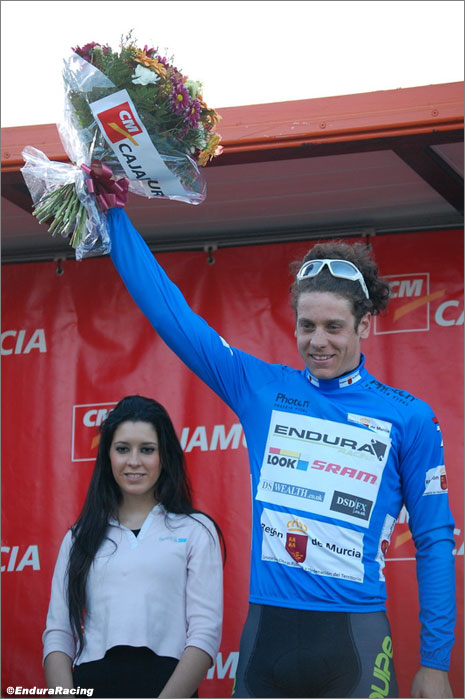 Alex Blain in the Meta Volantes jersey at Murcia.

PEZ: Hardest race?
James: The Med – it was our first race, the weather was savage and I had that crash. Murcia was much better, we were in better shape and had better legs.

We were in the race – Alex Blain won the sprints jersey and had a fourth plus Ian Wilkinson took three top ten placings. Riding on the last day to defend Alex’s jersey was a great experience.

PEZ: Best experience?
James: The final stage of Murcia; we had two objectives – we were riding to defend Alex’s sprints jersey and to try and give Ian Wilkinson a crack at a top three finish on the stage.

We had to mark the Vacansoleil guy who was a danger to him – that was a good experience of riding as a team – but Alex made it into the break, so the pressure was off.

When Columbia were riding tempo and we were right behind them – it felt as if we were getting respect from the peloton.

Alex sealed the jersey and whilst we were taking Ian up for the sprint, I found myself alongside the Columbia train – it was surreal, right beside the guys you’re used to reading about in the magazines!

PEZ: With the benefit of hindsight, do you think you should perhaps have quit your job earlier than 01:01:10?
James: Possibly; I’ve actually learned a lot about training during the time I’ve spent with the guys in France and Spain.

I was probably doing too much given that I was working full time – I should have been doing less but at higher intensity, I was wearing myself down.

It would have been good to get away from that bad British weather over Christmas, too – I actually had a flight to Majorca organised but it was cancelled. 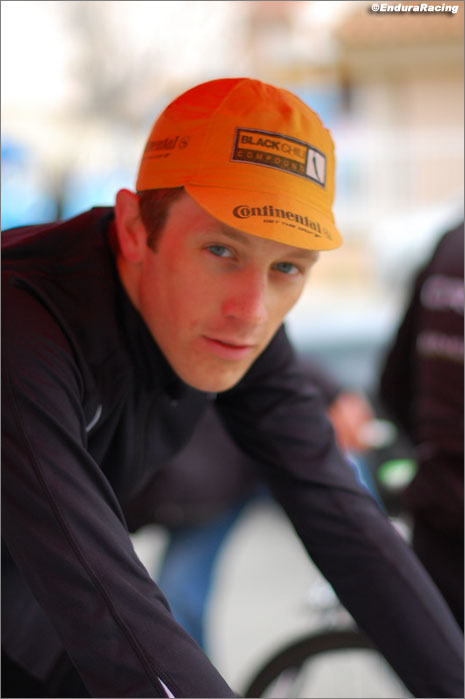 PEZ: Has anyone on the team been mentoring you?
James: Not as such, but Rob Hayles (team rider/manager and former double world champion on the track) has told us what he wants.

There are guys on the team that when they talk about training – you listen, Alex Blain and Evan Oliphant for example, they’ve done so much. Even Rob Partridge, he’s still young but he’s been full time for six or seven years.

PEZ: Has your body ‘super compensated’ or taken a hammering?
James: No, I feel great – Murcia was good, except for when I stopped for a pee and Radio Shack lined it out!

My legs feel different, I think I’m at a different level – I was out for a pedal after I came home, I looked down and was riding two sprockets higher than I thought I was.

And when you put the Zipps in they just fly – the Continental tyres are excellent, they have phenomenal grip in the wet.

The bikes, the clothing, the nutrition – you look around the peloton and there’s just no one that has it any better. 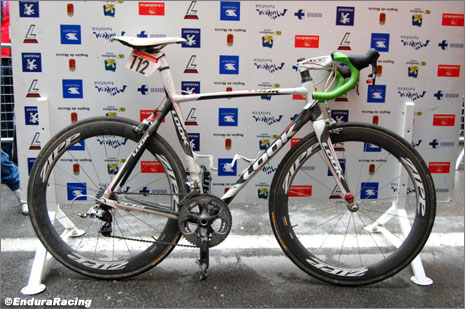 PEZ: Lessons?
James: Save energy at every opportunity; always move up on a wheel; always be at the front for the start of a climb, there’s no whiplash effect – and don’t stop for a pee when Radio Shack are moving up!

PEZ: What’s next?
James: I have a couple of local races, here in the north east of England then the Premier Calendar event, the Tour of the Reservoir – I’m not sure if I’ll be doing the big three day in Scotland at Easter, or the Border Four Day, here in the North East.

PEZ: Beast of the trip?
James: Jack Bauer is an unbelievably strong man, in Murcia that was his first time on a time trial bike in a race situation and he’s up there among the big riders.

When he decides to move up the bunch it’s so hard to go with him, even though he’s on the side in the wind! 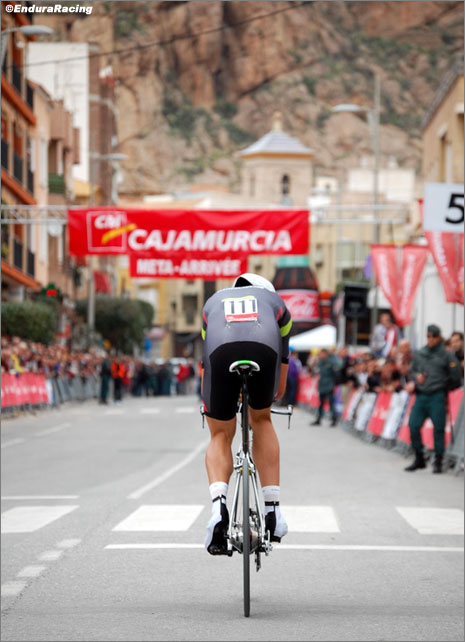 Jack Bauer continues to impress everyone he comes in contact with it seems. His TT performance at Murcia was certainly notable.

PEZ: Is it going to be hard to discipline yourself to train now that you’re home and away from the team?
James: There are quite a few lads to go out with locally and I’m up at 08:00 latest to get out for 09:30 – I want to get into a routine, a work pattern, treat it like a job.

And having just ridden those races, my motivation is very high. It was a great experience – I’m glad I’d decided to quit my job and go full time!

***
Makes you wish you were young, again! With thanks to James, we’ll be hearing more from him, during the season.