Last week we spoke to James Spragg (Donckers Koffie) about his season in the Heartland, his news for 2012 wasn’t the most heart warming – but we do hear a contract may be in the offing. This week it’s Flanders stalwart and ex-British elite road race champion Hamish Haynes (Colba Mercury) who gives us the low down on his season.

Haynes came late to sport but has been racing and winning in in the Flatlands since 2003.

In the last decade the 37 year-old Haynes has ridden for the DFL, Cyclingnews, Maestro and Jartazi pro teams, but more recently with solid Belgian amateur teams such as Yawadoo.

It was with Jartazi that he scored his biggest result – the British Elite road race championship in 2006, outsprinting Roger Hammond and Geraint Thomas to take the title.

But he’s had big wins on the continent too; take Renningelst, which he won in 2008; it has the likes of Iljo Keisse, Jez Hunt and Erik Dekker on its role of honour.

In 2010 he won the big ‘inter-club’ at Nieuwkerken and grabbed a host of good placings to boot.

For 2011 he was with Belgian Continental team Colba Mercury. 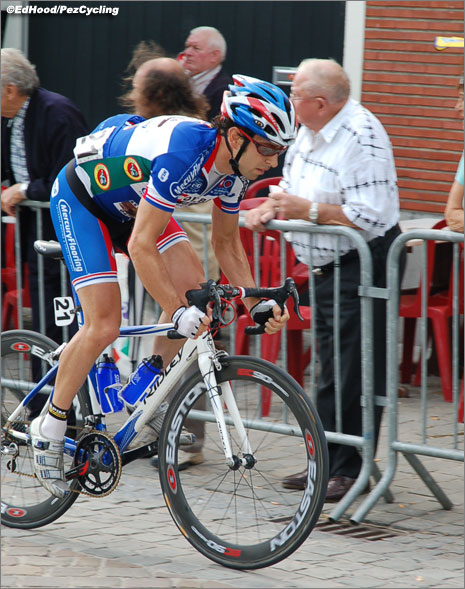 PEZ: The season is drawing to a close Hamish, what’s your last race?
Hamish Haynes: The Nationale Sluitingprijs-Putte-Kapellen on Tuesday 11th – there’s supposed to be a big street party after the race but I’ve not experienced it personally.

In a way I wish the season was longer because I’m just getting back to good form – but at the same time, I need a break, my first kermis was 20th February and that’s mid-October, now.

PEZ: Your season was compromised by crashes, wasn’t it?
HH: I came off whilst training in England about two months ago – I wasn’t going fast but I came down hard and must have landed on a stone or something because it took a long time to heal.

Then I crashed in a race here, it was my own fault, I looked back and ran off the road – the impact broke my helmet.

I damaged ribs and vertebrae – I’ll be trying not to do that again! 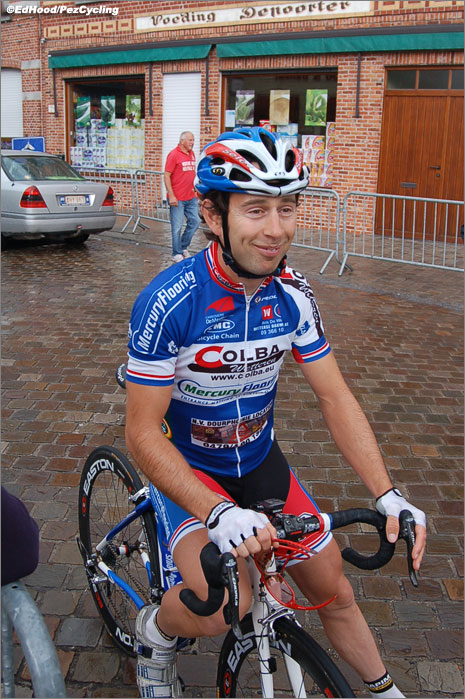 PEZ: How were the results in 2011?
HH: I won in Buggenhout and had a few top fives – your usual roller coaster of a year; I was sick in March, battled back to form, crashed, got back to form . . .

It wasn’t a bad season, I could have broken a bone in either of those crashes, I suppose.

PEZ: How has Colba Mercury been?
HH: It’s been pretty good but we’re changing certain aspects for 2012 to improve the team bonding – the best place for that to happen is at training camps and in stage races.

To that end the training camp won’t be in Spain; it’ll be in a flatter part of France where we can do team drills – echelon riding and jumping to close gaps, that type of thing.

In the Spanish mountains you all tend to end up grinding up and down them at your own pace.

The budget is bigger for 2012 so we hope to be riding maybe six or eight stage races, we only rode one in 2011 – events like the Tours of Brittany and Normandy and the RAS in Ireland.

We hope to reinforce the team, make it stronger – maybe bring a sprinter on board.

PEZ: All’s well for 2012 at Colba, then?
HH: Yes, Colba is Peter Bauwens’ company, I’ve known him for a long time and he’s continuing – I don’t know about other sponsors, yet.

PEZ: It’s a tough time to be looking for a team.
HH: It’s always difficult to find a team – and the managers hang on ‘til January to see if they can net a big fish at a knock down price.

But I think our team will certainly be stronger for 2012 – and my contract is better! 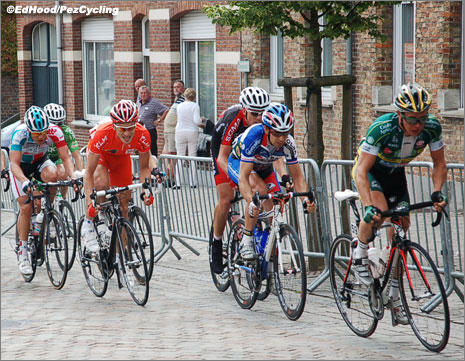 PEZ: Are there still a lot of ‘Anglos’ out there?
HH: There’s been a surge in English riders for sure, there have been quite a few with Sean Kelly’s AN Post team and they’re popping up all over the place.

Six or eight years ago apart from guys like Dan Fleeman and Dan Lloyd, Tom Barras and the Downings, I was pretty much here on my own – but there a lot more British and English speaking riders, now.

You just have to look at the Worlds to see that British cycling is much stronger.

PEZ: We’ve heard that there have been inconsistencies with the Belgian federation about who can ride what?
HH: It’s not something that I’m aware of, I can ride pretty much everything I want except the Top Competitions, they’re for under 27 riders.

As a rider on a Continental squad I can ride most amateur kermises and all the pro ones.

The pro kermises are more competitive now than they were six or eight years ago – you would go to a pro kermis and there would be 50 or 60 entries, maybe less.

There were races where you could pick up ‘soft’ results, but not now.

I think that the success of Boonen and Gilbert is responsible for them flourishing again; there are a lot of World Tour riders on the start line most times. 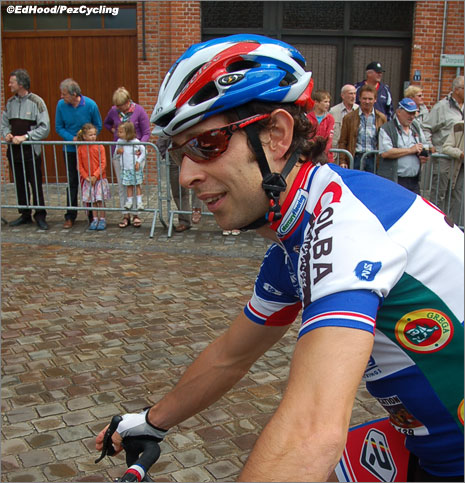 PEZ: Names to look out for?
HH: Sander Cordeel from our team has signed with Lotto; he won the Belgian TT championship for elites without contract and the GP Raymond Impanis.

PEZ: What now?
HH: I have to work for a couple of weeks to get enough money to pay the rent on the house here whilst I’m back in the UK over the winter.

I’ll be back in the UK for November, take a break then build up through November and December – I’ll take advantage of the track at Manchester, again.