PEZ has been keeping an eye on what the stagiares have been up to; apart from Clinton Avery’s fine 5th place on the last stage of the Tour of Denmark we spotted another interesting result in the time trial of that tour. Alex Wetterhall – who we last spoke to after his win in the Ras in Ireland, back in May – is a stagiaire with Cervelo and produced a strong 7th place in the stage 5 chrono over 19.4 kilometres.

PEZ: A good season, Alex.
Yes, I won the Ras and also a stage in the Ringereke stage race in Norway, where I held the yellow jersey for three days. I also finished 13th in the 1.1 Route de Adelie Vitre in France. 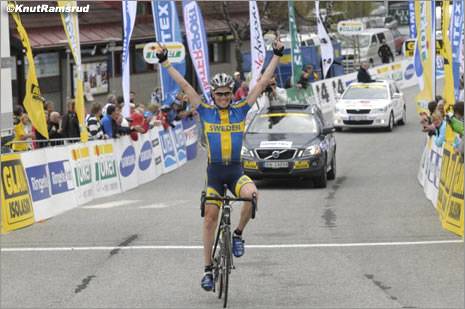 PEZ: Stagiaire with Cervelo, how did that come about?
I think they had an eye for me in 2009 and this year they’ve seen that I’ve developed further; Magnus Backstedt was very helpful in organising things.

PEZ: When did you get your kit and bikes?
I got my bikes and clothing in Denmark on Tuesday evening and the race started on Wednesday, we had to set up my positions; particularly for the P3 TT bike – but it worked almost perfectly. The road bike is an S3, it’s the first time I’ve ridden an aerodynamic road bike – it’s a lovely machine.

PEZ: Do you get paid as a stagiaire?
No, no, no – I’m just glad to get the opportunity! 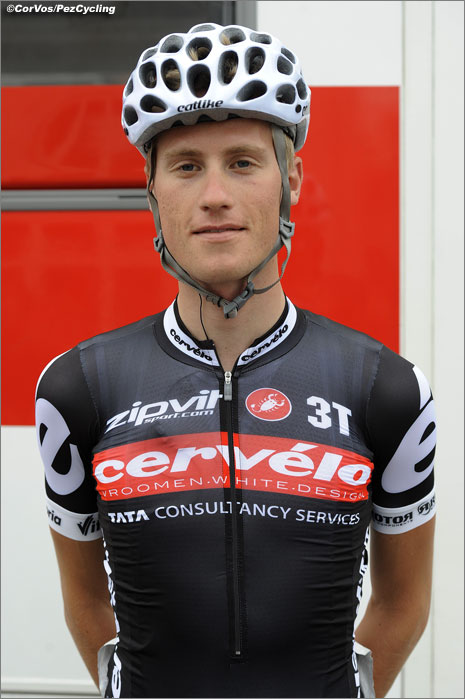 PEZ: Do you get an indication of what’s expected of you?
There are no targets, no – they just want to see how you perform.

PEZ: It must have been hard trying to perform in the time trial – it’s not like you could ‘hide’ on the previous stages?
Exactly – you can’t ‘save it’ you have to do what’s required; I was just happy that I had something left to do a good ride in the time trial.

PEZ: You had decent GC finish, too.
I was 25th but GC wasn’t a priority, I was there to do a job for the team – but I was more than happy with the GC, yes. Jean-Paul Van Poppel said he was impressed with my ride and that’s what’s important. 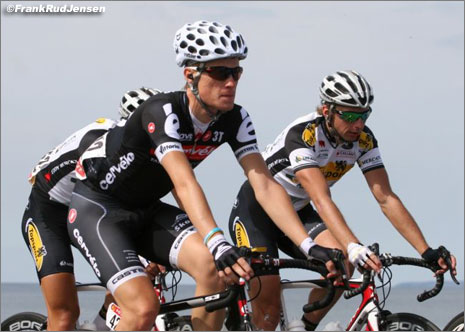 PEZ: How were you accepted by the team?
They were kind, welcoming and helpful – there is a good spirit in the team and operating at Pro Continental level they are more organised than I am used to. With Team Sprocket we have three people – a mechanic, soigneur and DS; but at Cervelo there are seven, so it’s all smoother.

PEZ: What was your job in the race.
We had pretty much one objective, which was to put Theo Bos in a good position to win the bunch sprint, each day. We achieved that objective and he was 6th, 4th and 10th on stages – but it’s not easy to win a pro bike race!

PEZ: It must be bitter-sweet for Team Sprocket?
Yes, I suppose, they are sad to be losing me from the team but I think they are happy to see me moving up to a higher level.

PEZ: What’s the programme, now?
I have a race in France mid-September and I’m down as a reserve for a stage race, I don’t know if I can ride for Team Sprocket in the mean time, I’ll need to talk to them about that.

PEZ: You didn’t manage to defend your Swedish Elite TT jersey this year.
No, I think I was just too nervous, I so much wanted to retain my title but I had a really bad day and finished 11th. I had good form then, so I think it was the nerves more than anything else. 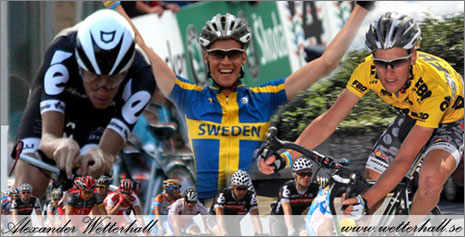 PEZ: Compare the Ras to the Tour of Denmark, please.
They are two completely different styles; the Ras is like a one day race, every day – there are attacks going from the first to the last kilometre. In pro racing it’s much more controlled, a break is allowed to go then the leader’s – or the sprinters’ – team controls the race and pulls the break back. The pro style suits me much better – I would like all the races I ride to be like that.

PEZ: Will you be going to the Worlds?
I don’t know, that’s how it is in Sweden, the selectors don’t say until one month before and you can’t guarantee a place – maybe you go, maybe you don’t.

PEZ: Is there a definite time when you’ll know if you have a contract with Cervelo?
No, I just have to make sure that the team is impressed and satisfied with me.

***
It’s a tough game this pro cycling; no wages for stagiaires and no positively guarantees – but it’s hard not to love it. We wish Alex all the best in his endeavours.