Just about to start his second season with Cervйlo – thanks to strong Classic rides and his first Grand Tour finish, in the Giro – Englishman, Dan Lloyd recently took time to talk to PEZ.

PEZ: Are things quieter at Cervйlo now that Dan Fleeman has gone to Raleigh?
Dan: Yes, but he’s always there on Twitter – he’s still about!

PEZ: How have the training camps been?
Dan: We had two weeks on the Algarve, the same as last year, but it was more intense this time. We could concentrate on the training – last year we had to spend time getting to know each other and the mechanics had to do a lot of setting up. The Classics team – Heinrich (Haussler), Thor (Hushovd) and Andreas (Klier) are all going well; and I felt good, too. 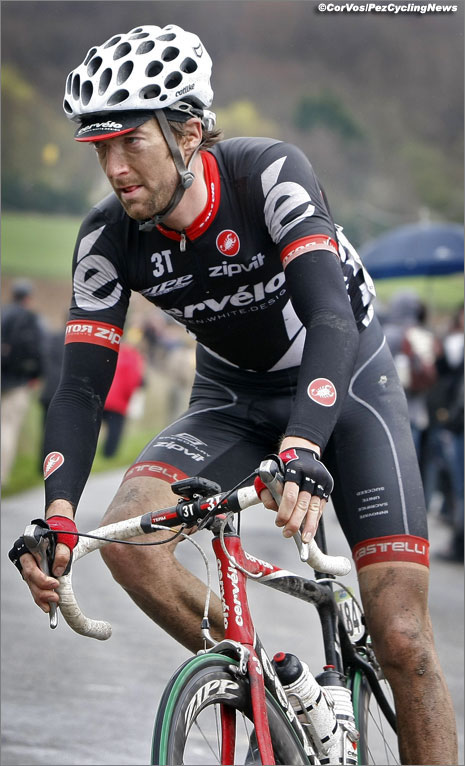 Lloyd is aiming for a strong Spring Classics campaign in 2010.

PEZ: Gerrans and Pauwels have gone but no ‘big name’ replacements.
Dan: No, but I think that Davide Appollonio (neo pro) will surprise a few folks; at the camp, where I was finding it very hard, he was still looking comfortable.

Xavier Tondo looks like a class act too, very skinny, good on the hills, I think he’s a good find, he’s come from a smaller team (Andalucia-Cajasur) You might be doing some good rides at the smaller team, but they don’t seem to get noticed – it was the same for me at AN Post.

PEZ: And Theo Bos is on board.
Dan: He came to camp straight from the Rotterdam Six, but he was still going well at the end of the six hour rides we were doing. He was saying that on the track, he’s still capable of doing times not far off what he was recording when he was world sprint champion – if he’s there at the finish, there aren’t many going to get past him. 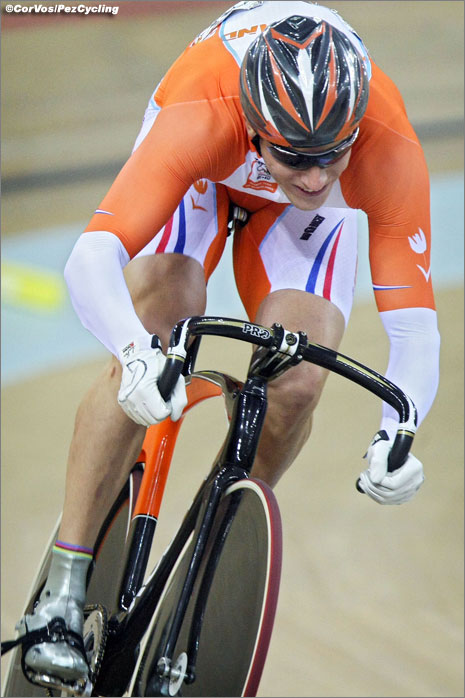 Bos had a solid, if controversial, first year on the road and looks to have the potential to be a great road sprinter.

PEZ: The team management has changed.
Dan: Yes, that’s changed the dynamics a little, our new man was manager of the Dutch Olympic team and Russian football team – he’s having to learn about cycling. It’s a big task for him to get to know the riders – he was working all the hours under the sun at the camp. The team isn’t just about racing – it’s about feedback to equipment suppliers; corporate entertainment and I think he’s keen to explore new ideas in those areas.

PEZ: We hear that Carlos’s main focus for 2010 is the Giro?
Dan: Initially, yes – I’m not sure what he’ll be doing at the Tour. 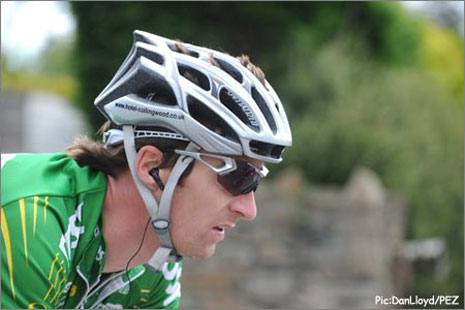 Lloyd had no problems making the leap from Continental racing to ProTour Classics.

PEZ: You’ve made the jump from Continental to Pro Tour racing, pretty seamlessly.
Dan: I’ve enjoyed it and if you’re enjoying the training and racing, it seems a lot easier. At Cervйlo, the big names are willing to work for the other riders in the team – that’s inspiring; you go out training thinking that you have to be in good shape to do your job for the team.

PEZ: Your 2009 highlights?
Dan: The ride I did in the Tour of Flanders (Dan was in the break for much of the day); completing the Giro and being involved in the team winning four stages; riding well in the Franco-Belge, Paris-Bourges and Paris-Tours at the end of the year. I wasn’t too shattered at the close of the season – I enjoyed my three week break but I wasn’t drained.

PEZ: What’s your 2010 programme?
Dan: Oman, Het Volk, Kuurne, Paris-Nice, San Remo and all the northern classics up to Amstel but excluding Paris-Roubaix. There’ll be 10 or 11 riders on the short list for the Giro – there are no guarantees of who’ll be going, so I have to demonstrate good form if I want selected. 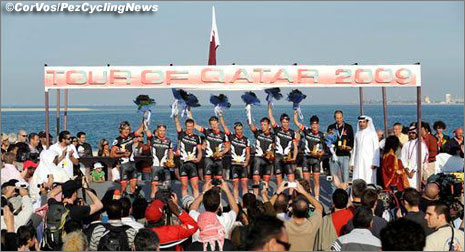 Look for even more from Cervelo on the sport’s most acclaimed podiums in 2010.

PEZ: Goals for 2010?
Dan: The Spring Classics and to be there for whoever needs me in the Grand Tours, be that sprints or GC. I’d love to ride the Tour, one day – that’s the pinnacle of the sport.

PEZ: How’s the fitness, compared to last year?
Dan: I’m going at least as well as last year. At the camp just past, I was going pretty good, I felt strong.

PEZ: The Nationals?
Dan: I’ve taken silver twice – including 2009- so I know I can win it, but it will be hard this year; there will be eight Sky riders there and they’ll be desperate to win it. We’ll have three strong guys, though (Dan plus Roger Hammond and Jez Hunt) so it’ll be a good race.

PEZ: SRAM this year.
Dan: It’s good, I’ve ridden it on my training bike since November, it takes a little while to get used to the different shift technique, but once you do, it’s very good. We’ll be on S3 frames this year, it was mostly S2’s last season; and we have Power Tap hubs. The rest of the equipment is unchanged – Speed play pedals, 3T bars and stem, Vittoria tyres, Zipp wheels, Fi-zik saddles. If you were going to spec a bike yourself, with the best kit you could – that’s what you’d go for. 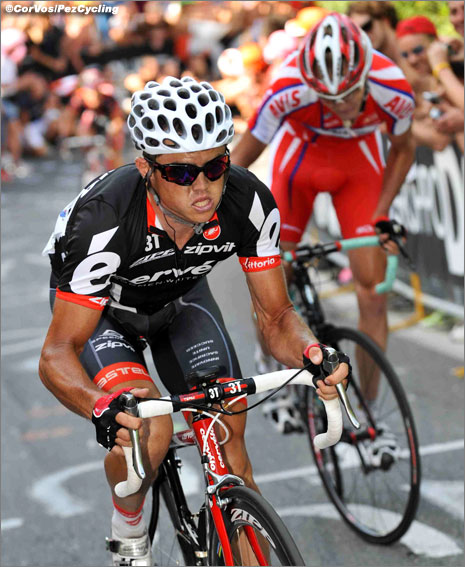 Simon Gerrans is a Cervelo graduate in 2010 – he’s racing with Sky and further evidence of the globalization of cycling.

PEZ: Any Sky gossip for us?
Dan: Not really, but I was out with Simon Gerrans yesterday and he’s very pleased with the set up.

There’s been a big shift with cycling – before, you were always reading about French, Spanish, Dutch, Italian and Belgian teams. But now, you have Cervйlo, Garmin, Columbia, Sky; it’s part of the globalization of cycling – and it’s for the good!

Want to get a closer look at Cervelo’s 2009 season? There’s no better place to go than the fantastic BarTape.net for an incredible journey through the year that was.

Toolbox: Crank Down the Pain