Rider Interview: Chris Butler went from a novice Cat. 5 racer as a college student in 2007 to a WorldTour pro with BMC. Since then he has had solid rides with Champion System and Hincapie Development team, for 2015 he is joining Team SmartStop. We caught-up with Chris to get the lowdown on his past and future.

Last month we spoke to Evan Huffman who will also be riding for Team SmartStop in 2015, he came from the WorldTour Astana team, much like Chris Butler who has come (indirectly) from BMC. The signing of these two vastly experienced riders shows the commitment of Team SmartStop.

Team SmartStop manager Mike Creed said of the team’s new signing: “I think Chris will reenforce our strength in the altitude races. Alongside Flavio de Luna, Julian Kyer and our GC leader Rob Britton, we’ll have a lot of options when the air gets thin. Chris shows a lot of motivation. Maybe the most I’ve ever had from a rider to improve that final 5%. I look forward to working with him and tweaking anything we can to make it happen.”

That’s what the boss thinks, let’s hear what Chris has to say:

PEZ: For the 2015 season you will be with Team SmartStop, how did that all come about?
The team has grown exponentially in a matter of months, and really caught my interest based on how fast it’s growing and how they get the most out of their riders, as is evident by all the amazing results the team has gathered in 2014. Once the conversations started, both sides were extremely transparent and brutally honest in what we could do for each other. I think they had interest from a lot of big names, but since they could only add a couple of new riders this year, I am honored that they chose me as their investment that they can help get the most out of me and really launch me forward. I am excited to link up with Creed, the staff, and most definitely my new teammates.

PEZ: Do you know your 2015 calendar yet?
I know the staff is working hard to get us into several big races, and the fans enjoy seeing how Smartstop races. Especially this upcoming year, I don’t think there is a stage in which we can’t be competitive (sprint, climbing and time trial stages). There may be some exciting options in South America and Asia, but it’s no secret that we would like to do all the big US races. 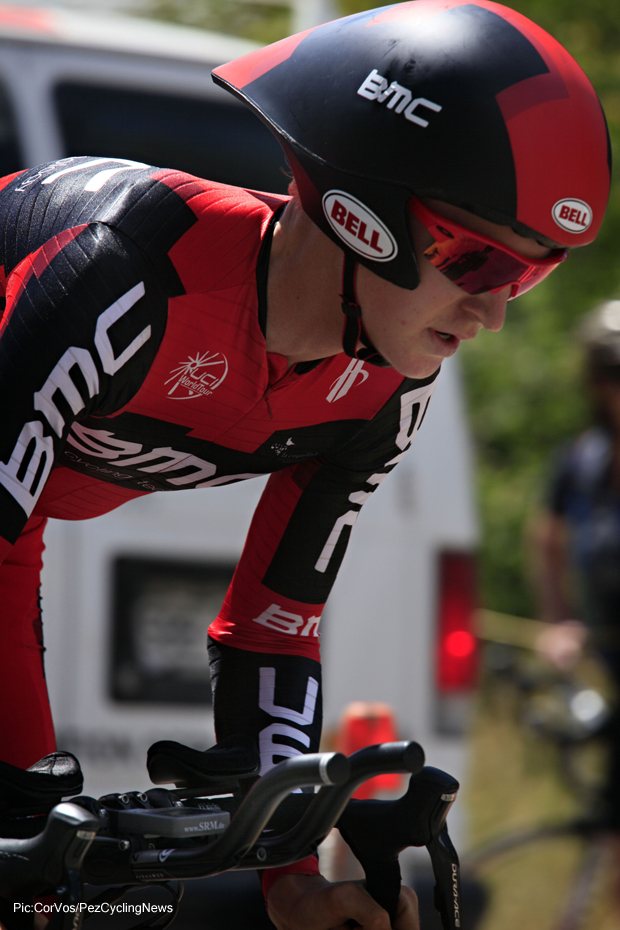 PEZ: What are you looking forward to the most, riding for a new team?
The 2014 squad seemed to have a good recipe for success, a reason why they kept the core squad for 2015, so I hope that rubs off on me. But personally, I want to show my true potential as a climber.

PEZ: Where will you be based in 2015 and what are the training roads like?
I have always been based in Greenville, SC. It has to be the best place to train on the East coast, basically as far south as you can go while still having mountains. The mountains are 30 minute climbs and less, but the beauty is that you can train outside year round.

PEZ: Do you have a coach? Do you use a power meter and live by the numbers?
I am fortunate enough to have Dirk Friel as my coach since the beginning of my career. He really only helps out me and Jani, so its more so his passion and will to see us succeed. He owns Trainingpeaks… so yes I train with power (but don’t look at it during races). Actually right now I am at his house in Boulder CO doing some offseason activities (cyclocross rides, trail running, Velodrome sessions, and hiking), so just enjoying this last week or so before I really get serious.

PEZ: You turned Pro for BMC in 2010, do you think that maybe that was too early?
Sure, making the jump to ProTour is never easy for anyone. It was a great opportunity and I learned a lot. It’s nice to see the effort that top professionals put into their careers, so it was good to learn that and I’ve kept that work ethic with me ever since. 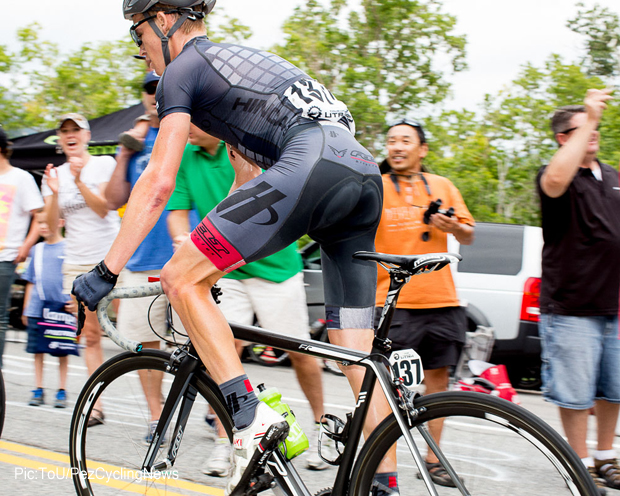 Chris in his ideal race: Utah

PEZ: You also race a lot in 2010 and 2011, was that maybe too much?
I think I just had an average number of race days, albeit they were tough race days. At the end of the day, I love racing my bike, and that’s one of the most straightforward way to get better in the races is to race

PEZ: When you moved to the Champion System team did you notice any big differences?
Champ Sys, was essentially what MTN-Qhubeka is to Africans. So a lot of the focus was on getting Asians into some of the words biggest races and actually see them get more comfortable and successful as time went on, while still going for results yourself. 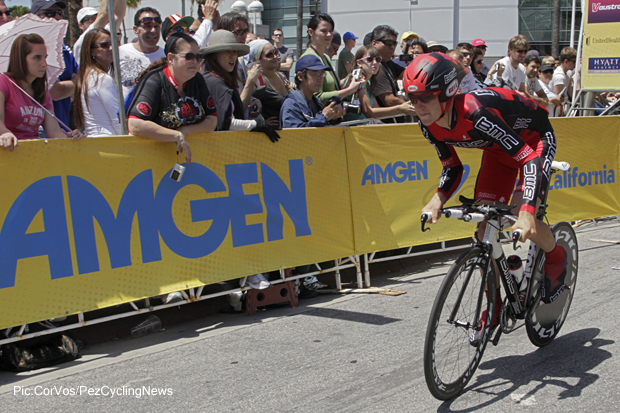 PEZ: Did you feel it was a step down?
It was actually a step up, more of a leadership role and when it came to the climbs and the GC I had some pressure. So I thought it was a step up in my career, plenty of chances and opportunities to race my bike all the way to the finish line in some of the biggest races.

PEZ: How would you describe yourself as a rider?
A pure climber, and pretty reliable throughout most races. Normally the steeper and harder the climb, the better for me. 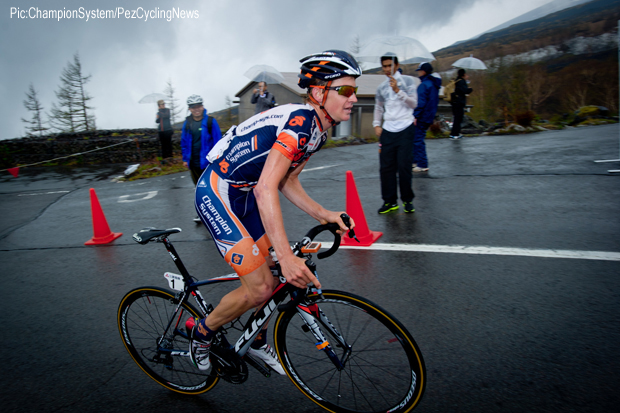 PEZ: What would be your ideal race?
Utah.

PEZ: And which is your favorite race?
Utah from a performance standpoint. California and Colorado because of the fan enthusiasm. Langkawi because of the exoticness of the country.

PEZ: As you have raced all over the World; what differences did you find between Europe, Asia and the US?
Europe is where you want to be, but it’s definitely tough competition and for positioning, but the races follow a bit more of a script. Asian races don’t have the level of competition, but the racing is till tough because it’s pretty spontaneous and aggressive attacking all throughout the stage. America is always fun, and the level is always growing as more and more European horsepower is brought over to participate. But the big roads make it less challenging than Europe. 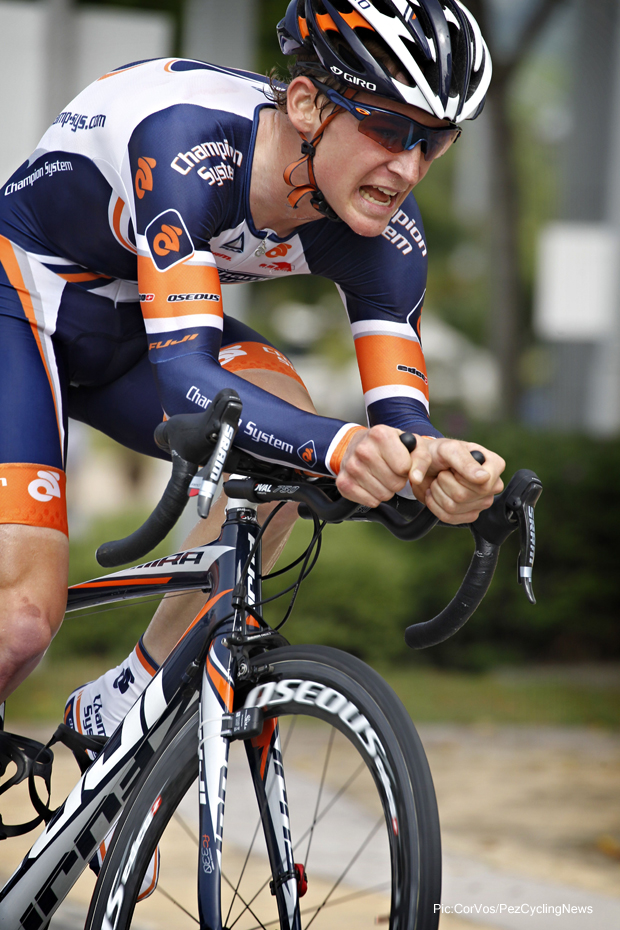 PEZ: Which riders in the teams you have ridden with have inspired you and did they give you any advice?
All the riders have had solid results and have accomplished a lot, everyone on the team seems to be a hitter in their own right. But I raced with Zach Bell on Champion System, and he is just the most level headed nicest guy out there, but a fierce competitor.

PEZ: What advice would you give to a young guy from the US wanting to be a Pro?
I think it’s gotten pretty obvious to get to the upper Pro levels, you need the results in the USA U23 program or really smash the results in the Major US races. Easier said than done, so it’s really about finding your right support system and personal path to get those results to get there. 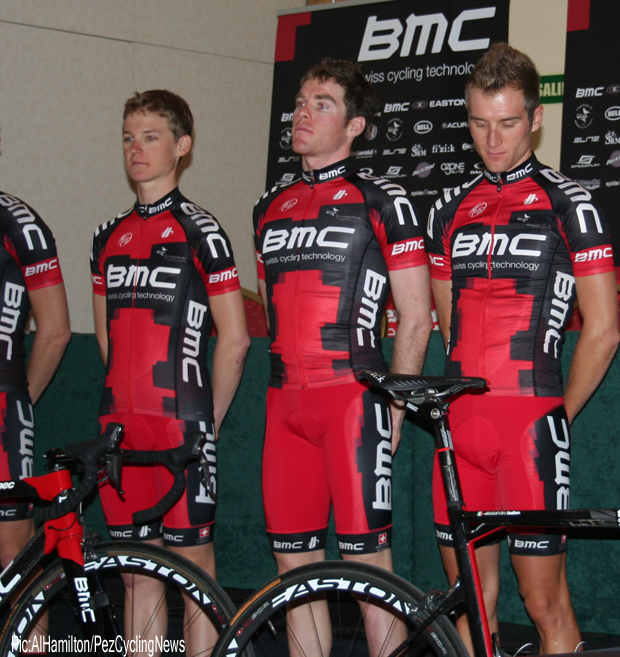 A very young Chris Butler at the BMC presentation

PEZ: Does a rider have to go to Europe to find himself as a bike rider?
You can get a contract by doing well in Cali, Utah, or CO without ever having to racing in Europe. But I think racing in Europe, especially in the USA U23 Izegem House really hardens you up and gets you mentally prepared for being on your own in Europe, and how much you are willing to sacrifice to get it.

PEZ: How important is social networking for riders and teams?
Sponsors are essentially paying riders to be a billboard for their companies, and I think social media is now a crucial advertisement avenue. You see plenty of guys get or keep their jobs not necessarily because of their results but how well they promote themselves and their sponsors.

PEZ: Would you say there has been a change in people’s perception of bike racing in the US since Armstrong’s confession?
For the casual American, who gets their perception of cycling from Sportscenter, they can’t help but have a slightly negative view of the sport form the information they are fed. But there are a lot of variables so I think any athlete should be judged on a case by case basis on what they did, how they handled it, and what they are doing now to help the sport. 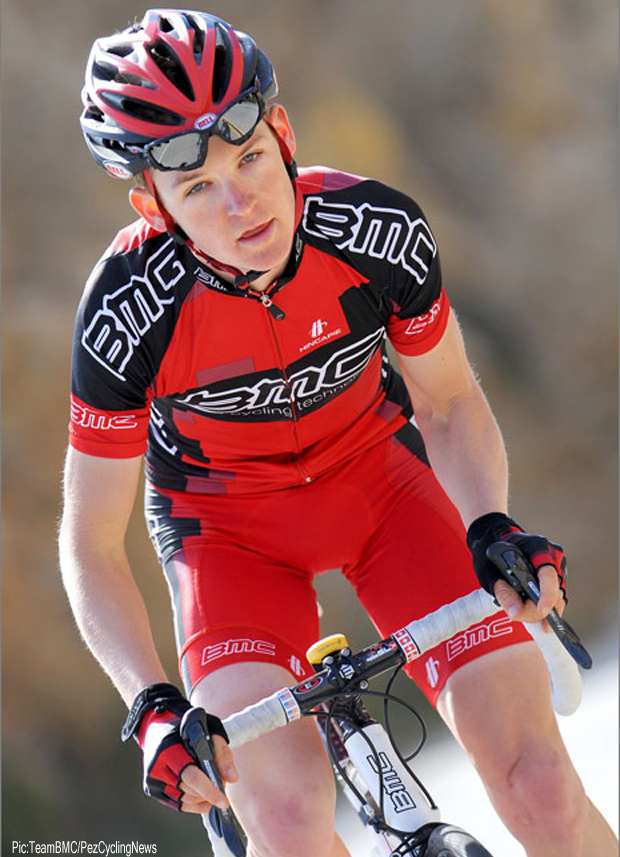 PEZ: What would you like to achieve in 2015?
I would love to go for top 10 GC for the HC stage races, maybe closer to top 5 for Utah. I’d also like to go for the overall stage race win in a slightly smaller UCI race.

PEZ: What do you think of these big beards in the peloton?
Give me a few more years and I may be able to relate better!

PEZ: Do you checkout the Daily Distractions in PEZ?
Of course!

Chris and the guys at Hincapie Development Team